Get Ready, Here's a List of All The Exciting Movies coming to Showmax in May 2020

Introducing Diane Ejaita, the Multidisciplinary Artist behind the New Coca-Cola Naija at 60 Pack

For Its 3rd Edition, Boomerang's Magic Makers set to give Children an Unforgettable Independence Day Treat

If you haven’t discovered the Showmax mobile option yet, don’t miss out! You could be paying as little as N1450 per month to binge-watch on your phone. Find out more.

Here are the editor’s picks for Showmax in Nigeria for May:

Comedy writer, wife, and mom Andrea is back with a new season of zero-filter, acid-sharp, and usually totally inappropriate humour, putting her foot in it in cringeworthy everyday situations that are at once laugh-out-loud funny and bitingly true. Bingewatch S1 and 2. 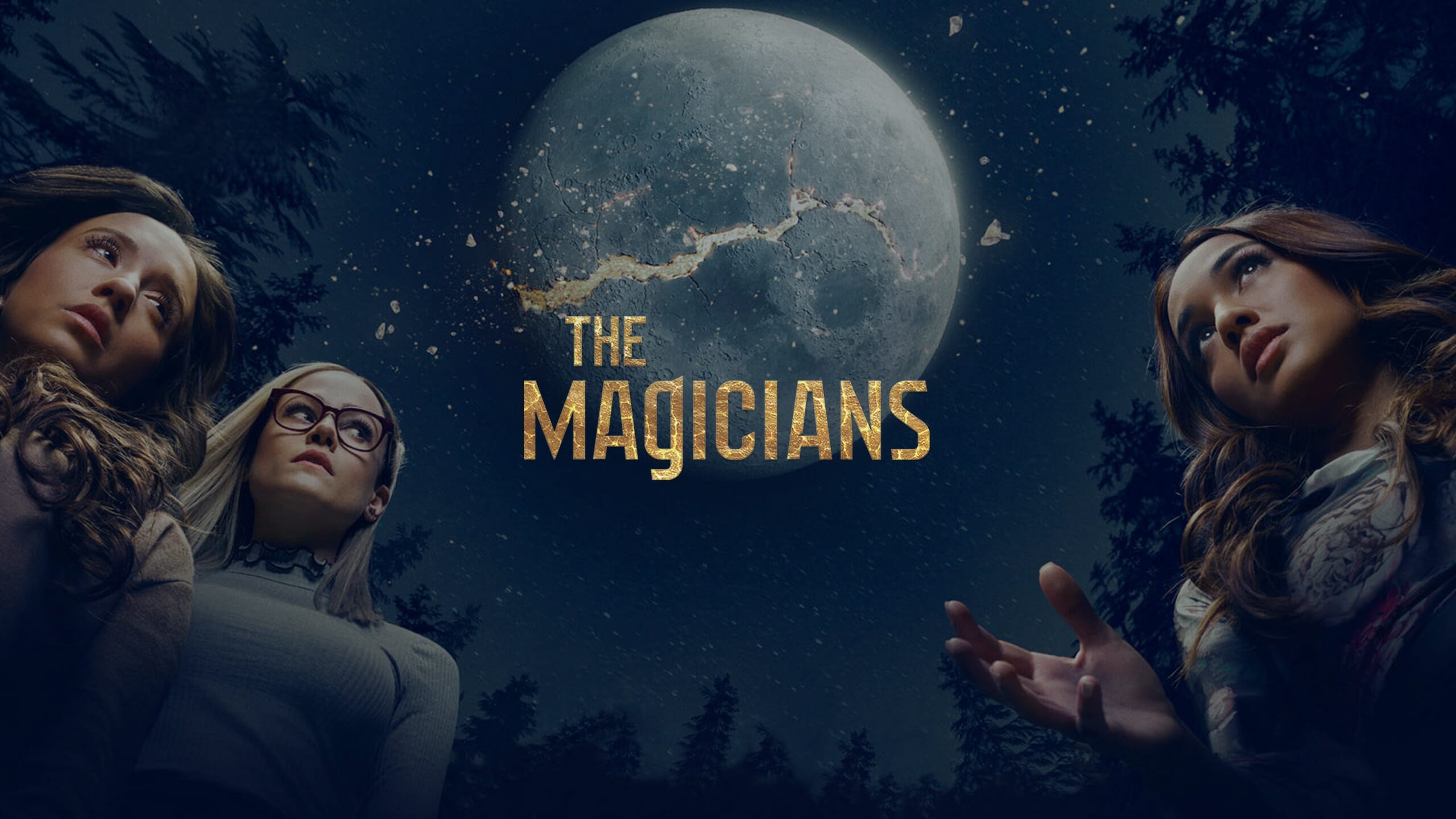 Based on the bestselling novels by Lev Grossman, The Magicians follows a group of New York magic students who discover a fantasy world that threatens our own. Spoiler alert: The fifth and final season finds Julia, Alice, Eliot, Margo, Penny and the rest of the gang coping with the tragic loss of Quentin as they navigate the return of magic. However, not only is magic back, but now there is way too much of it. The magicians must deal with the repercussions of this new magical surplus as they fight to prevent the literal end of the world. Watch all five seasons.

From the team behind Fleabag comes the brand-new series Run, a romantic comedy thriller about a woman, Ruby Richardson (Emmy winner Merritt Wever), who walks away from her ordinary life in the suburbs to revisit her past with her college boyfriend, Billy Johnson (Domhnall Gleeson). They made a pact 17 years earlier that if either one of them texted the word “RUN” and the other replied with the same, they would drop everything to meet in Grand Central Station and travel across America together.

From the award-winning creators of The Wire comes The Plot Against America, an alternate history story in which Franklin D Roosevelt loses the US presidential election of 1940 to Nazi sympathiser Charles Lindbergh. What follows is the terrifying and tension-building tale of the country’s turn to fascism, told through the eyes of a working-class Jewish family in New Jersey in the build-up to World War 2.

King’s Dominion is an exclusive private school with a focus on special skills: specifically, the art of assassination and all the skills required to become the young heirs of the world’s most prominent crime families. Like any school, there’s a brutal curriculum and hectic social cliques, and it’s these that newbie Marcus will need to survive if he’s to prove his worth. It’s based on the comic book series by Rick Remender and Wesley Craig.

Bad Education | First On Showmax | May 1 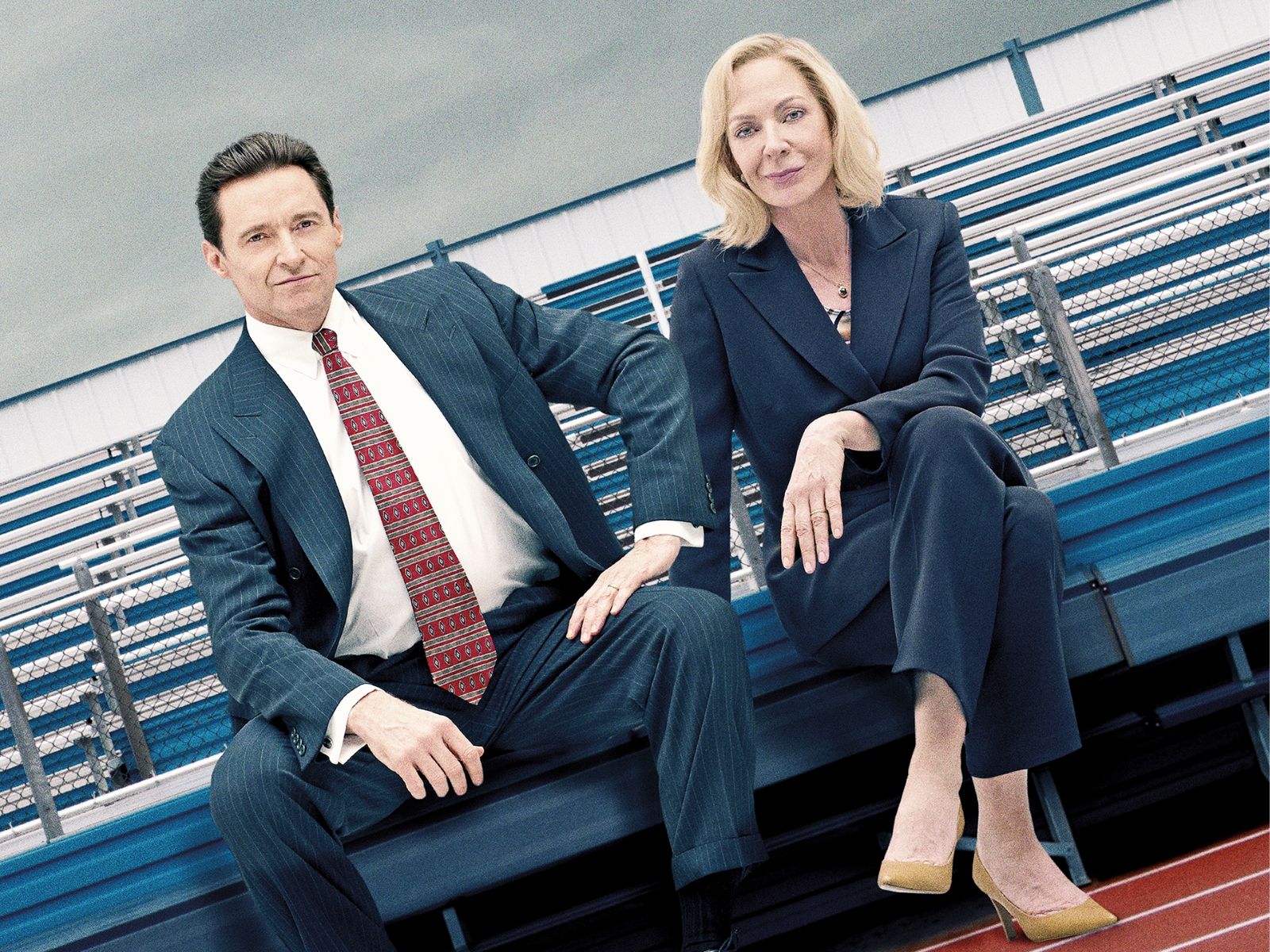 Bad Education is based on the real-life scandal that went down at writer Mike Makowsky’s high school, where a student journalist uncovered the single largest public school embezzlement scheme in America’s history. The movie follows Frank Tassone (Oscar nominee Hugh Jackman) and Pam Gluckin (Oscar winner Allison Janney), whose reign over a prestigious school district is threatened by the embezzlement scandal, forcing Frank to take drastic steps to maintain order and secrecy.

Willowdean (‘Dumplin’), the plus-size teenage daughter of a former beauty queen, signs up for her mom’s Miss Teen Bluebonnet pageant as a protest that escalates when other contestants follow in her footsteps, revolutionising the pageant and their small Texas town. Danielle MacDonald (Unbelievable) stars as Dumplin’, with Jennifer Aniston as her mother. 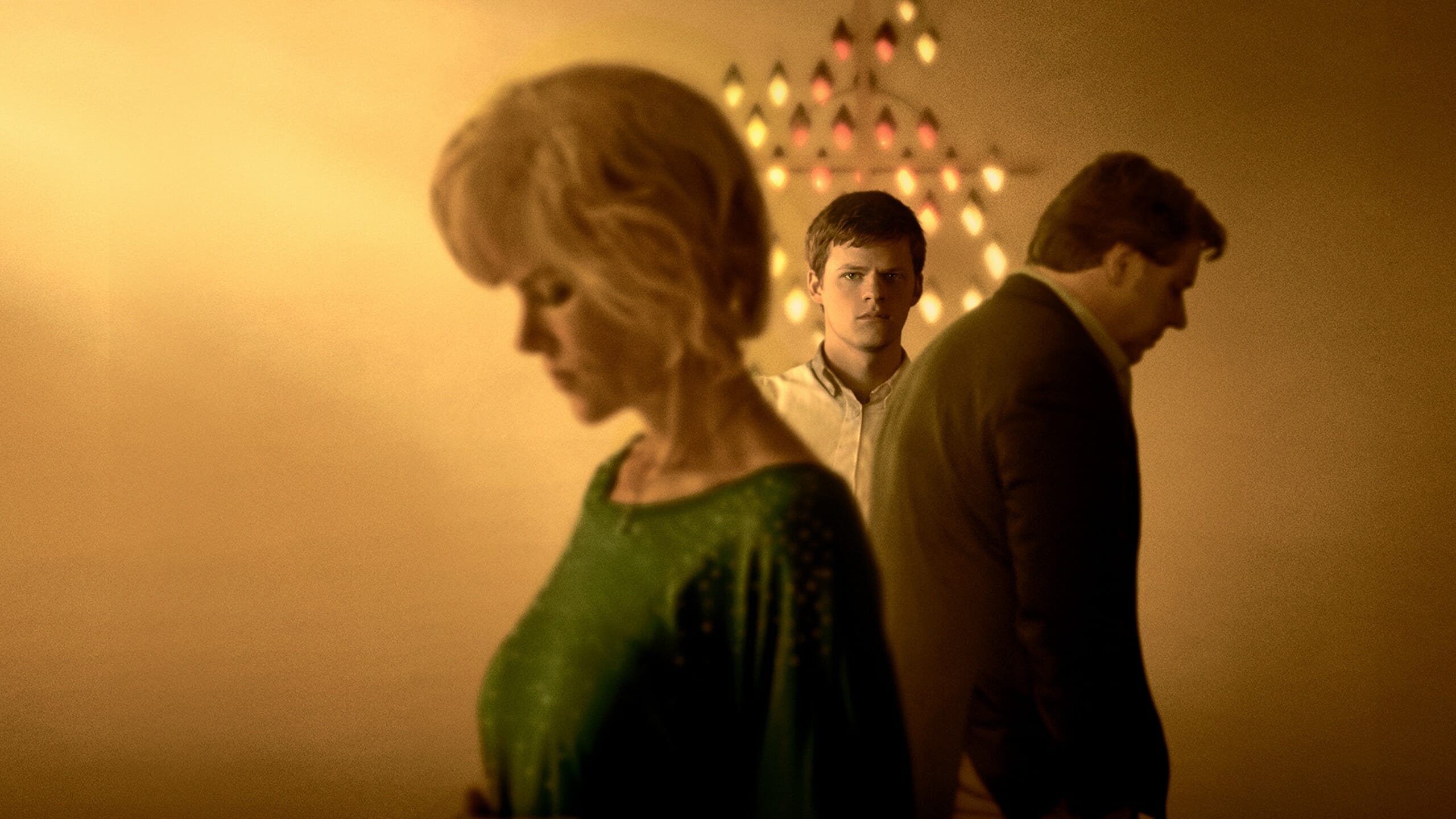 Jared Hedges is the son of a Baptist preacher in a small town, who is confronted with an ultimatum after being forcibly outed to his parents: attend a church-sponsored conversion therapy programme, or lose his family, friends, and faith.

But that’s not all …

From May 14, 2010, you can also binge the entire nine-movie Fast Saga, from its street racing beginnings to the most recent heist adventures. Stars include MTV Movie Award winners Vin Diesel and Gal Gadot (Wonder Woman), the late Paul Walker, and our very own Oscar winner Charlize Theron.

And why stop your action-fest there? From 21 May, Showmax will also have the entire Bourne Series: The Bourne Identity, The Bourne Supremacy, The Bourne Ultimatum, The Bourne Legacy, and Jason Bourne.

Three sixth grade boys ditch school and embark on an epic journey that includes carrying accidentally stolen drugs, being hunted by teenage girls, and trying to make their way home in time for a long-awaited party. This blast of an adventure comedy stars kids, but it gets pretty crude, and with a 16 age restriction, it’s very much not for kids – though it might take you back to some of the insane stuff you got up to at that mad age. 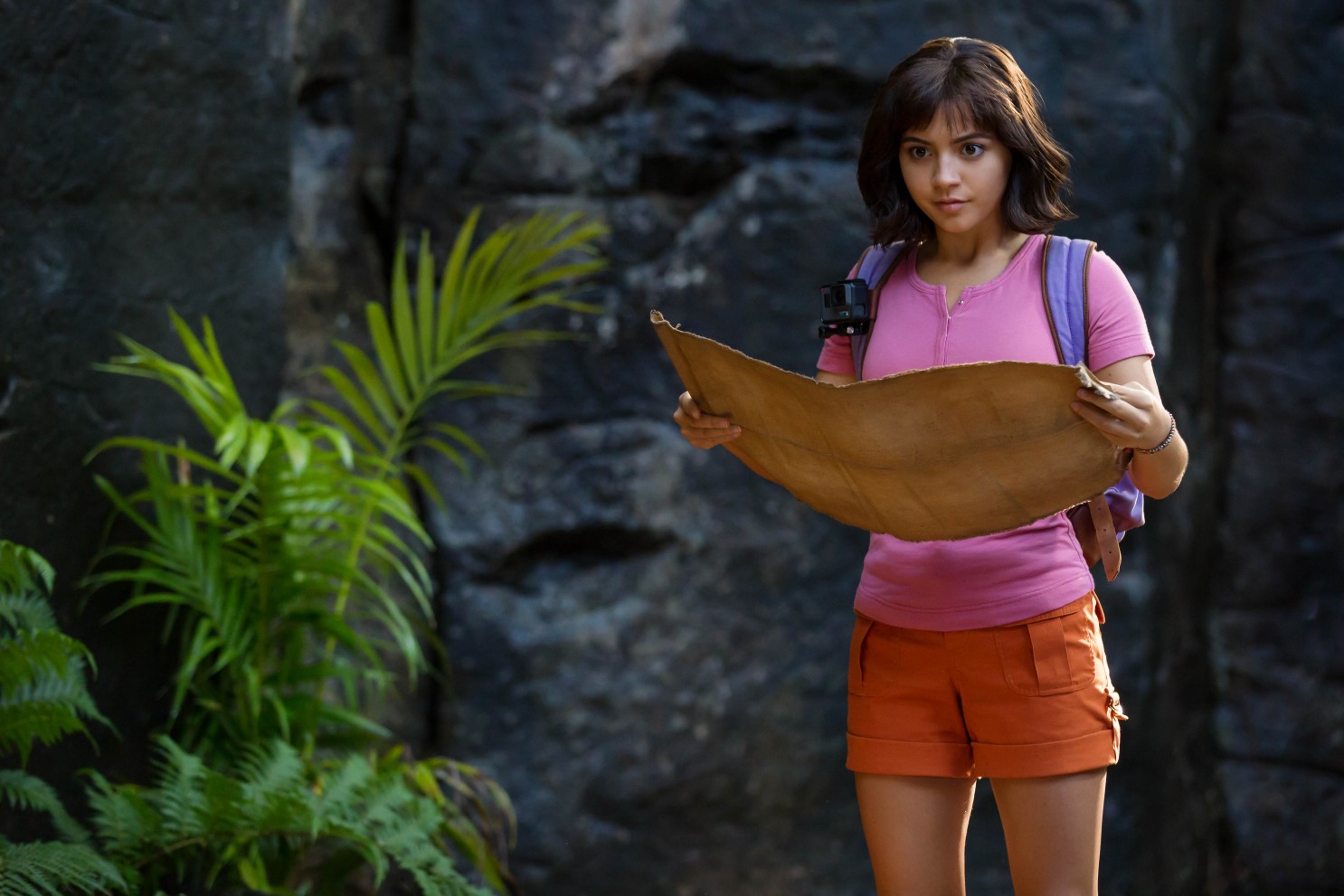 Dora has grown up in the jungle with her explorer parents, but now she faces a new challenge unlike any she’s survived before: high school! After a sudden, dangerous turn of events, Dora soon finds herself back on familiar ground as she and her best friend, Boots the monkey, must lead Diego, a mysterious jungle dweller, and a group of kids from her school on a perilous trek through the jungle to rescue her parents and uncover the truth behind the legend of the lost city of gold.

The first family of Lagos is back for a new season of hilarity. One of Nigeria’s firm faves, Mr Lucky and his wife Emu Johnson (played by veterans Charles Inojie and Ada Ameh) have their hands full, with their kids Jennifer, Efe (who narrates each episode), Tari and Blessing all figuring out who they are and what they want in life. Then there’s the hilarious Spiff (Samuel Ajibolo, who won an AMVCA for his role) who has been adopted into the Johnson household, and his dad Pablo (Kunle Bamtefa), who’s always looking to make money.

Tinsel is one of Nigeria’s longest-running TV shows and has had audiences enthralled with its high production value and daily dose of drama, scandals and intrigues. Set against the backdrop of the Nigerian film business, it tells the story of Fred Ade-Williams who owns REEL Studios, and his daughter Brenda Nana Mensah who owns Odyssey Pictures. The two go head to head, shaking up the whole industry.

Also on Showmax in May:

May 1
The L-Word: Generation Q | Girlfriend’s Guide to Divorce S1-5 | I Don’t Know How She Does It | Lego City Adventures | LEGO Ninjago: Masters of Spinjitzu S10

Heist* | Pages in Between*

Ali & Cavett: The Tale of the Tapes | Women of Troy

The Mr and the Mistress* | Enemy Within*

While Sustaining Positive Impact, FirstBank welcomes Customers with a Note of Appreciation