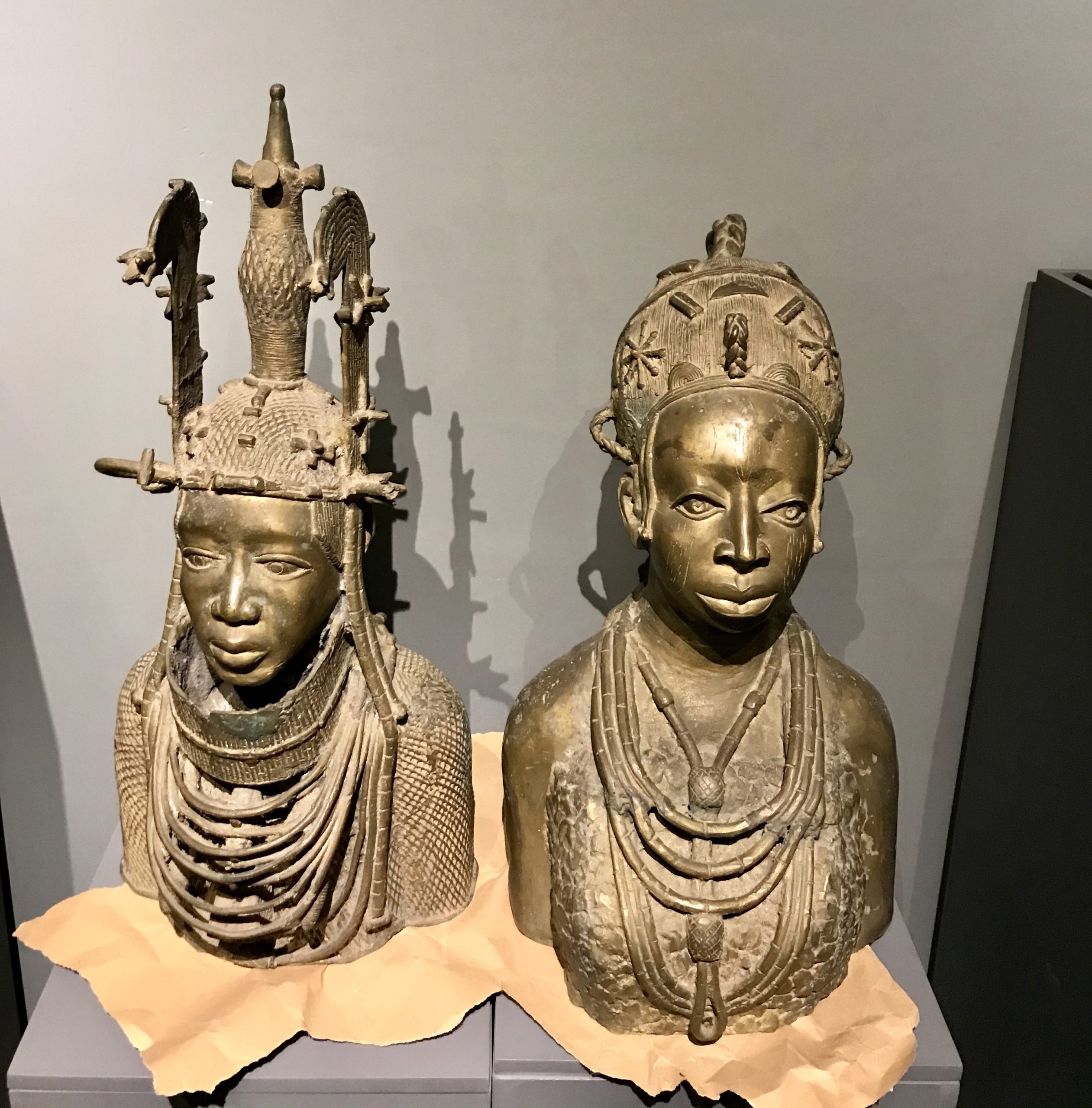 You mention the Benin Kingdom anywhere and its legendary art will somehow find its way into the conversation. Yet, somehow, not a lot of this art can be found in one place in the kingdom itself.

But that problem’s on its way to being solved.

In 2018, Nigeria announced plans for a new Benin Royal Museum that would permanently display historic art from the region, including the bronze sculptures plundered from the Benin palace by British troops in 1897 that have since found their way into European public collections.

Speaking on the importance of the museum, the governor of Edo State, Godwin Obaseki said:

When you look at museums all over the world, there is one recurring thing. When you go to any African section of any museum in the world, in America, or elsewhere, you are likely to see a piece of artwork from the Benin Kingdom. What this tells you is that Edo State has the best representation of African arts globally. This singular opportunity we have can help us to foster and develop the creativity which has been part of us. That is the driving factor, and we believe that we can have such museums here at home of the same standard and quality so that people outside the world will not only come to see these things here but also appreciate the setting where these things were created several decades ago.

The fact that the looted artwork of the Benin Kingdom will soon have a home in Benin has been a source of excitement for a lot of people since the news broke.

I am happy that we are making progress in the effort to give our people the opportunity to once more access our heritage that was looted.

Yet, things aren’t that simple.

In 2018, a group named the Benin Dialogue Group (BDG), which comprises of European museums like the British Museum, Berlin’s Ethnology Museum, Vienna’s Weltmuseum and the National Museum of World Cultures in Leide, struck a deal that would allow “some of the most iconic pieces” to be contributed on a rotating basis to the Benin Royal Museum, according to The Art Newspaper.

A spokesman for the British Museum said:

The key agenda item (at the October 2018 meeting) was how partners can work together to establish a museum in Benin City with a rotation of Benin works of art from a consortium of European museums. The museums in attendance have all agreed to lend artifacts to the Benin Royal Museum on a rotating basis, to provide advice as requested on building and exhibition design, and to cooperate with the Nigerian partners in developing training, funding, and a legal framework for the display in a new planned museum.

While this agreement represents a breakthrough for the BDG, which was formed in 2007 to address restitution claims what it simply means according to CNN is that the British will be returning the looted artwork of Benin City to Benin on loan instead of just giving the artwork back to the rightful owners.

Then there’s the fact that renowned British-Ghanaian architect David Adjaye has been contracted to design the museum.

Adjaye has already shared his vision for the museum with the Benin Dialogue Group, and has in a statement shared that Benin’s lost treasures are a subject close to the heart of the architect, stressing that the his experience and interest in Benin’s cultural heritage, both personally and professionally, demonstrates his commitment to supporting the group’s efforts “to ensure this history will have its place in Nigeria’s present and future,” the decision to have a Ghanaian architect design a Benin Royal Museum rankles.

A Nigerian architect, Yakubu Paul, in an article on Living Spaces, shared his displeasure at this fact:

The irony is, as Benin fights Europe’s plans to “loan” back these artefacts that were stolen as against a total return, an imported Museum design to house these artefacts is a sell-out statement of our identity, a joke to our claim and places Benin at the mercy of Europe for its individuality.

While it’s easily explainable why the authorities would want a big name like David Adjaye to design such a historic project, it’s also easy to see why Nigerians would want to see someone home grown, instead. Someone with personal ties to the Benin soil, who will have some stake in it.

Still, we cannot wait to see how this story ends, and are looking forward to seeing the museum stand and Nigeria’s stolen art returned and displayed on Nigerian soil.