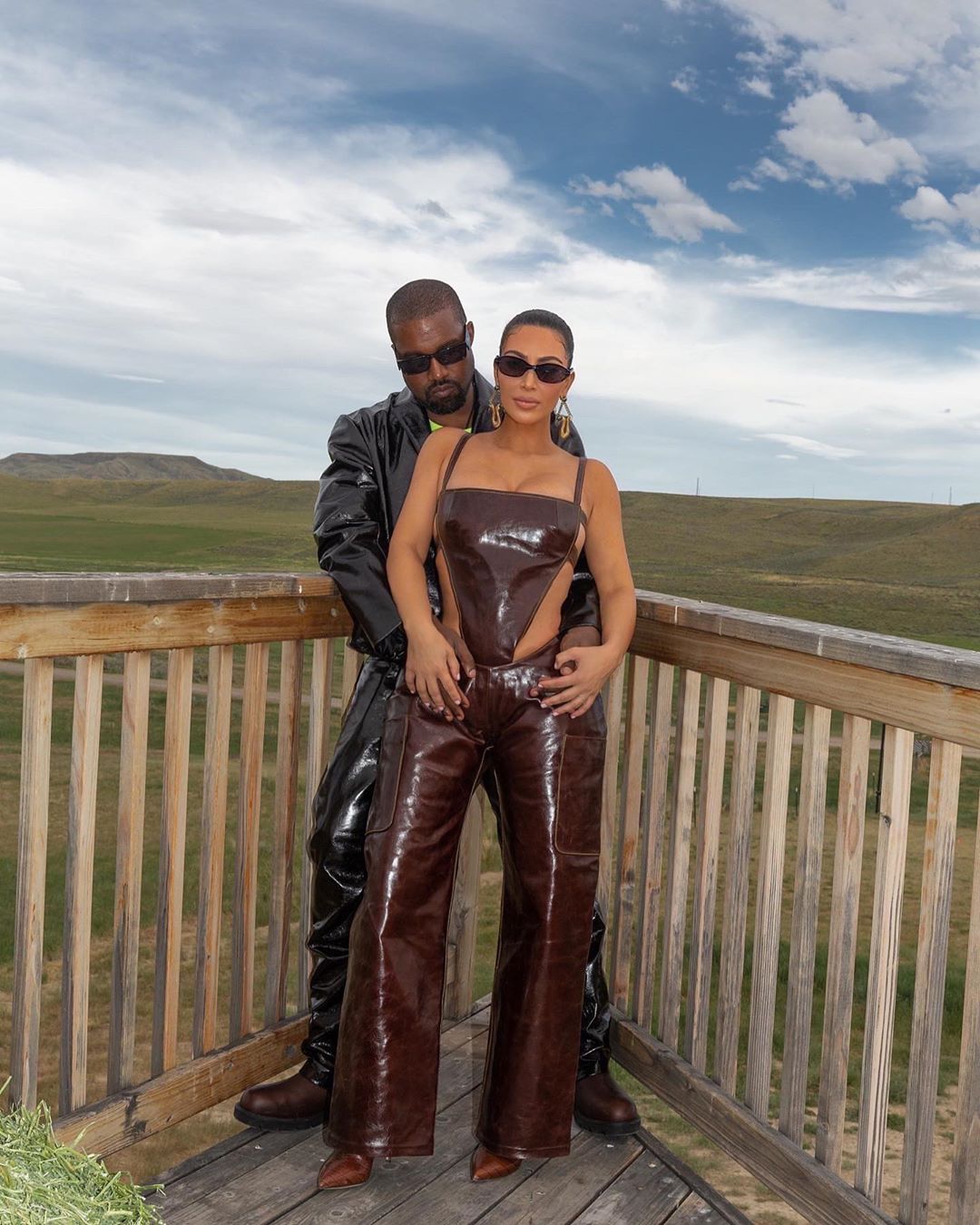 Kanye West posted, then deleted, a series of tweets claiming that his wife Kim Kardashian West was trying to get him hospitalised. The rapper also revealed that he had been trying to get a divorce.

These tweets about his wife were among a stretch of wide-ranging tweets where he claimed that the movie “Get Out” was based on him, referenced various other celebrities randomly, and referred to his mother-in-law, Kris Jenner, as “Kris Jong-Un”.

See some of the tweets below: 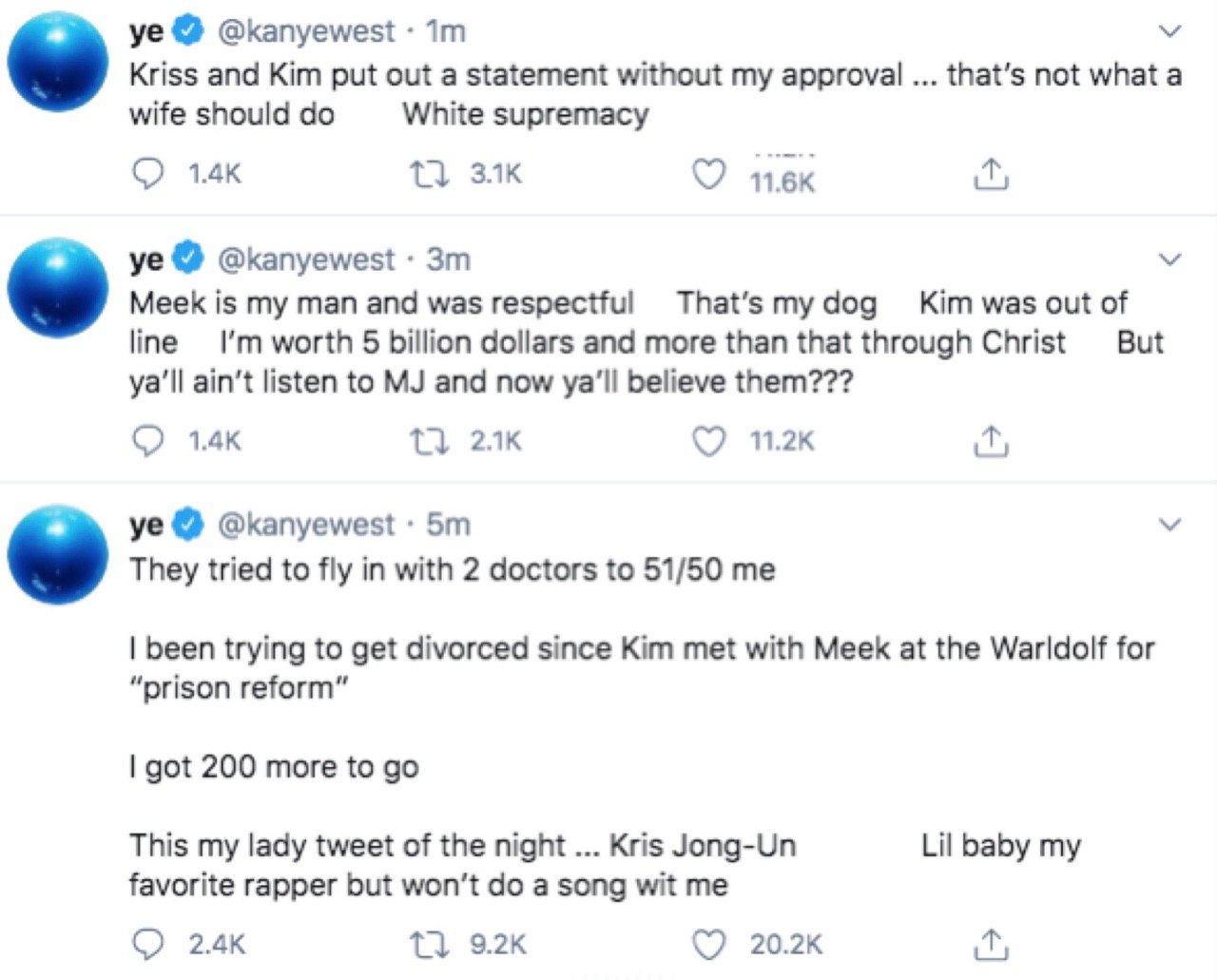 Kim Kardashian has now shared a statement via her Instagram stories where she talks about Kanye’s mental health and the cultural stigma of bipolar disorder.

She also stresses the importance of being understanding towards and having love and compassion for people with mental illness as well as their loved ones. 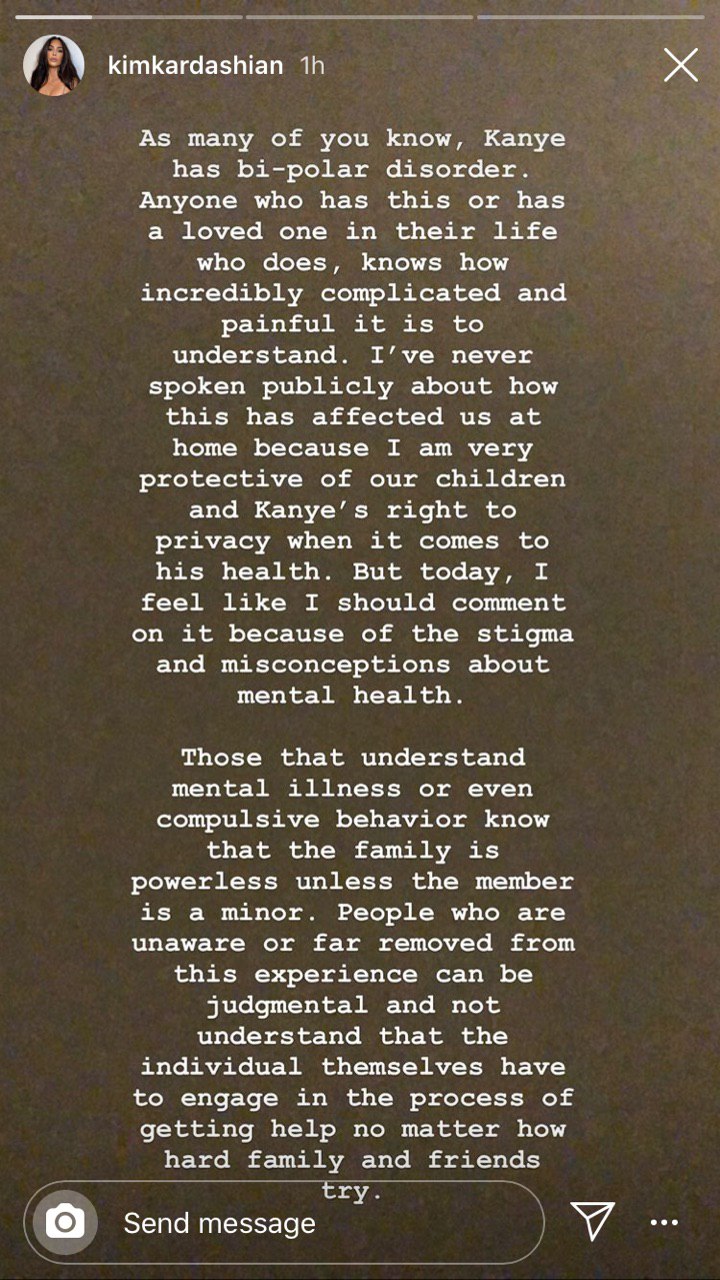 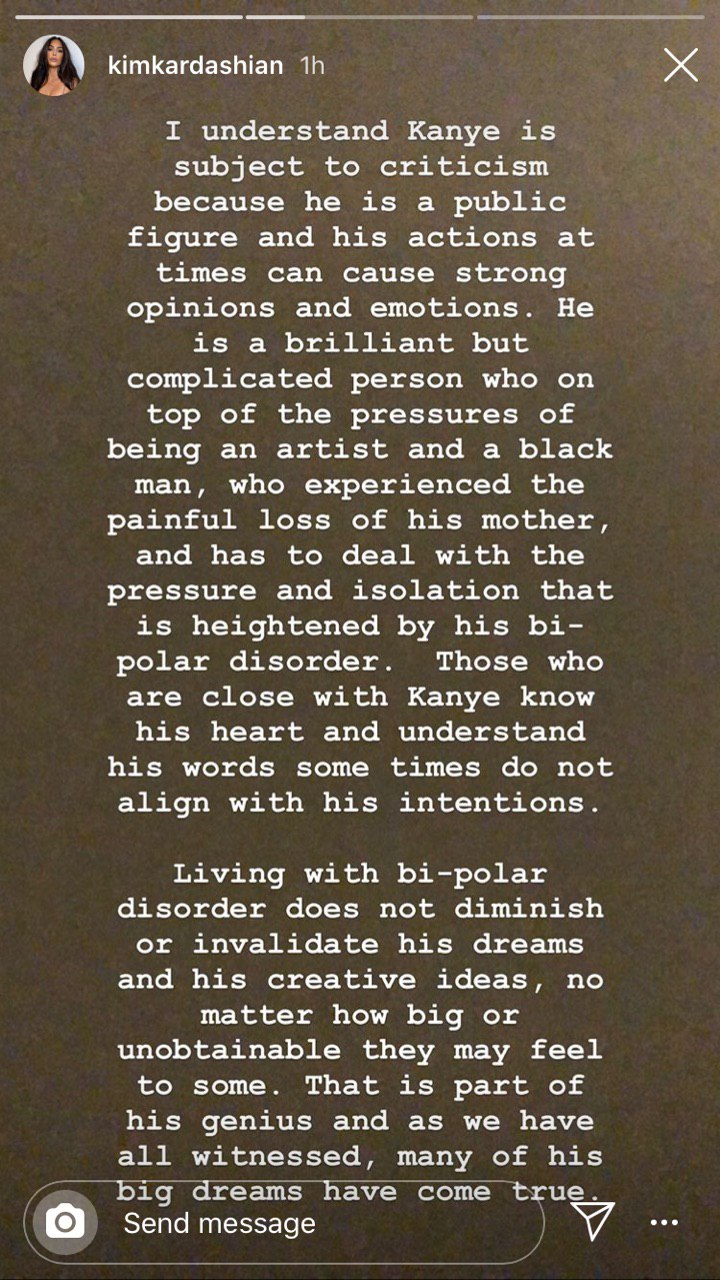 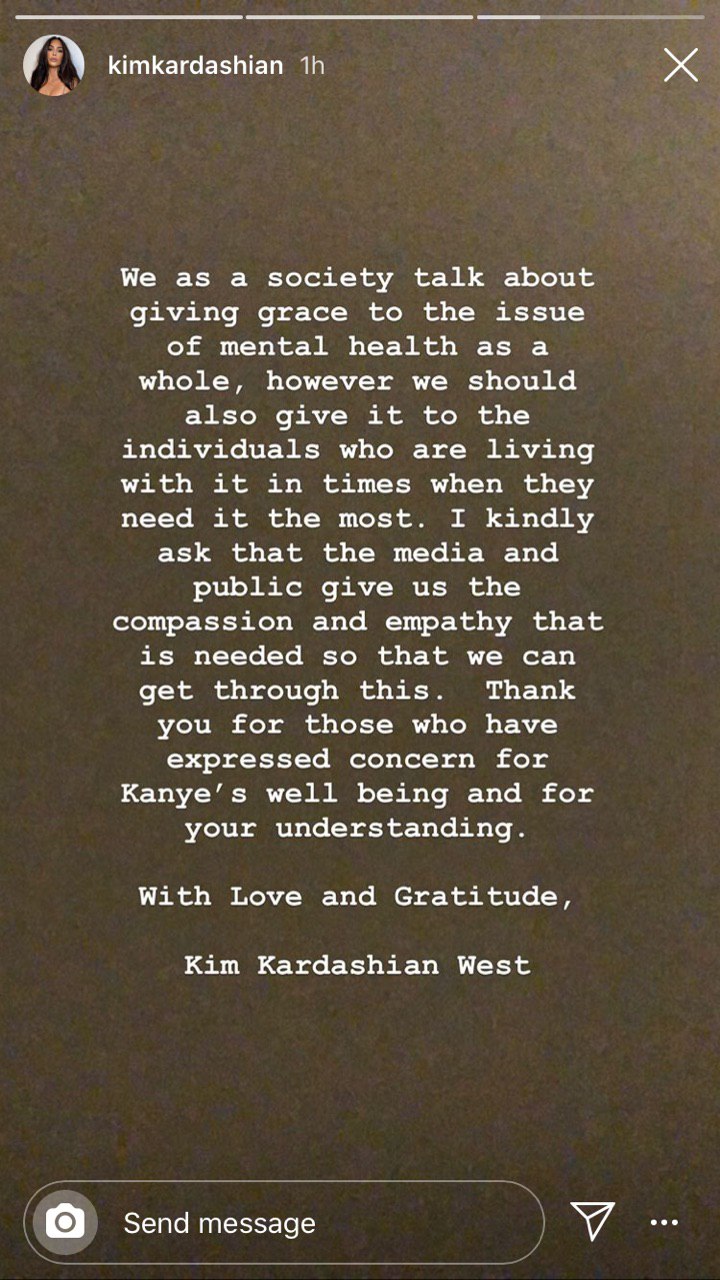 Yinka Davies tells it All – Life at Fifty, Entertainment Industry & Future Projects in this Interview with City People

Simi is a Happy Mum with a Happy Baby ❤️