It's a Golden Celebration for the New Oniru of Iruland as he clocks 50 + Here are 10 Remarkable Things about Him ? 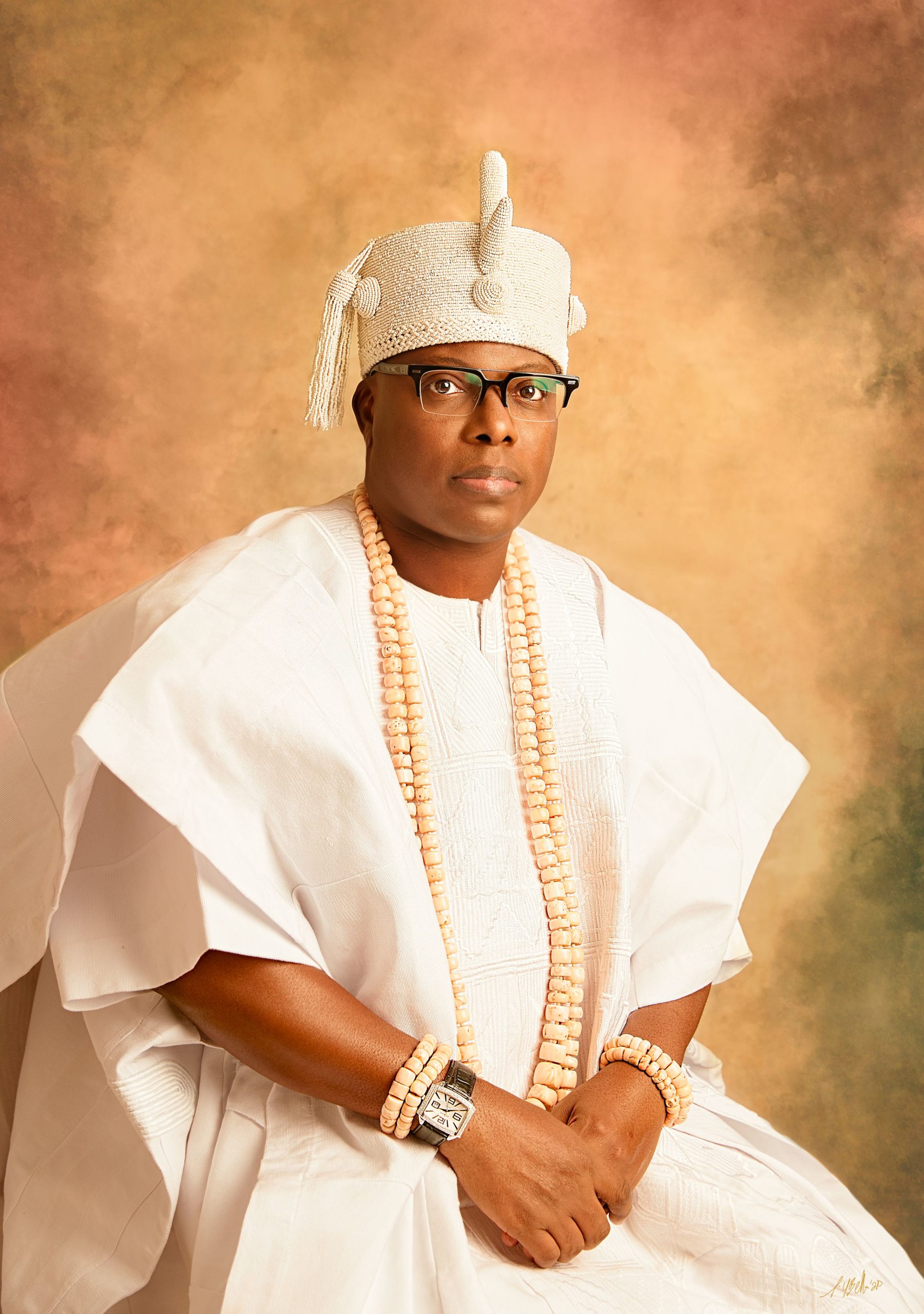 There is a wise saying that ‘great achievement is usually born of great sacrifice and is never the result of selfishness.’ This saying best describes His Royal Majesty, Oba Abdulwasiu Omogbolahan Lawal (Abisogun II), a serial achiever with an unblemished private and public records, who recently ascended the throne as the 15th Oniru of Iru kingdom.

For a man born into royalty and dedicated himself to seek knowledge that took him through the Nigerian Police Academy and service in other private and public roles, it is safe to say HRM Oba Lawal was destined to lead his people at Iru kingdom.

HRM Oba Lawal who was presented the staff of office as the new monarch of Iru Kingdom on June 7, 2020, by the Governor of Lagos state, Babajide Sanwo-Olu, is a year older today. 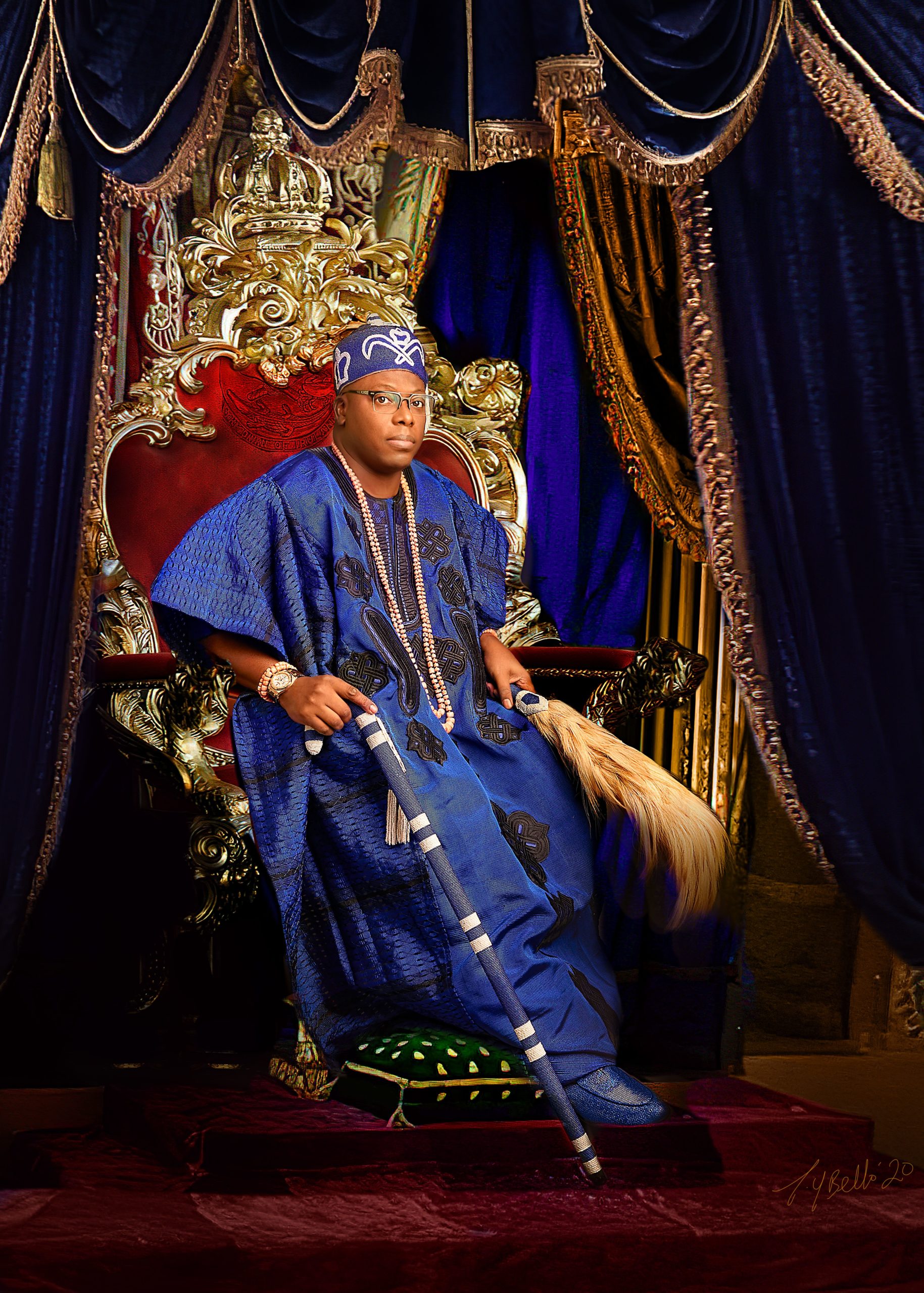 For many who know little about this dynamic, disciplined young man of Abisogun descent, here are 10 things you should know about His Royal Majesty, Abdulwasiu Gbolahan Lawal (Abisogun II) as he celebrates the golden age of 50. 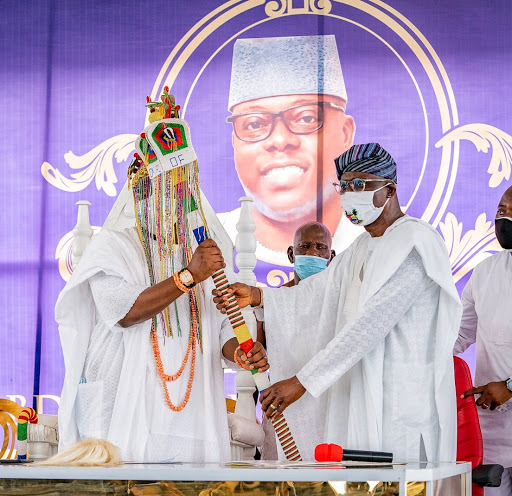 HRM Oba Lawal is a man of many achievements and one of the top monarchs in the country with a stellar educational background. He attended Holy Trinity Primary School Ebute-Ero from 1976-1982 and St Gregory College Ikoyi from 1982-1987 where he obtained his O’Level Certificate (West African Examination Certificate).

He proceeded to the University of Port Harcourt, Rivers State, Nigeria from Sept 1988 – Sept 1992 where he obtained B.Sc (Hons) Botany. His quest for more knowledge led him to the School of Oriental and African Studies (SOAS), University of London, the United Kingdom from Sept 2007 – Sept 2008 where he bagged M.Sc. in Violence, Conflict, and Development. HRM Oba Lawal proceeded to The London School of Economics and Political Science London, the United Kingdom from Sept 2018 – Feb 2020 where he obtained Executive MSc in CITIES (LSE Cities).

The desire for further knowledge took him to The Wharton School, University of Pennsylvania, USA, where he took courses on Housing Finance in a Changing Global Environment, (International Housing Finance Program) and Wharton Advanced Management Programme (AMP) in July 2015 and June 2018 respectively. 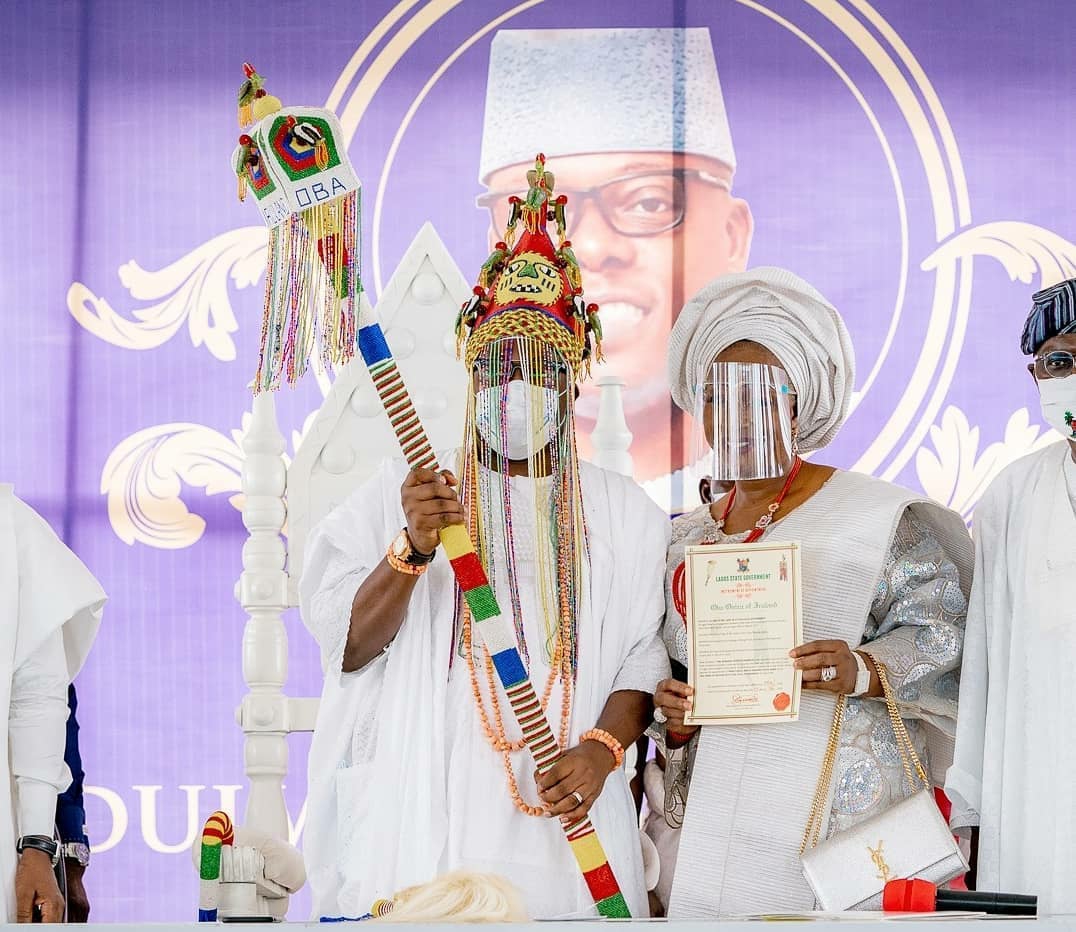 A man of the people who dedicated a better part of his life to serving humanity, HRM Oba Lawal is happily married to Olori Mariam Lawal. Their union of more than two decades is blessed with children.

HRM Oba Lawal is the 15th Oniru of Iru Kingdom. He succeeded Oba Idowu Oniru, Akiogun II who joined his ancestors in September 2019. He was presented the staff of office as the new monarch of Iru Kingdom by the Governor, Lagos State, Babajide Sanwo-Olu.

He retired in October 2008 as a Superintendent of Police after spending nearly 12 years in the force. His assignment as a police officer was an exposé to the people and societies of the Nigerian state as he moved around the country in the service of his duty to the nation.

HRM Oba Lawal who has impeccable private and public service records first had his taste of government service in June 1999 when he was Aide de Camp (ADC), /Escort Commander, to then Governor of Lagos State, Asiwaju Bola Ahmed Tinubu.

He served in this role until 2007 before he was later appointed Senior Special Assistant (Special Projects) to the State Governor in December 2008 where he served till July 2011.

While serving as the Senior Special Assistant (Special Projects) to the Governor of Lagos State, a role he held between December 2008 – July 2011, HRM Oba Lawal acted as Coordinator of the Agriculture- Based Youth Empowerment Scheme (Agric-YES). The First of its kind in Nigeria, the project was studied by the World Bank, the Federal Government and other states in Nigeria.

The scheme aims to breed a new generation of world-class agro entrepreneurs, creating employment for young Lagosians, and ensuring food security for the people.

Due to his wealth of knowledge in security and conflict resolution, HRM Oba Lawal served as a Member, Board of Trustees Lagos State Security Trust Fund, from Sept 2011 till May 2019. He joined forces with others who had impressive track records with the responsibility to address the security situation in Lagos State.

The team also raised a considerable amount of monies for Lagos through voluntary subscriptions and donations to acquire security equipment among other projects initiated to strengthen the Lagos security system.

Having gathered quality experience during his roles across different capacities holding private and public offices, HRM Oba Lawal has a wealth of experience that has sharpened his skill, intellect and prepared him for a position of leadership. He possesses intimidating credentials, courage, and the wherewithal to lead the people of Iru land.