Akinwumi Adesina Re-elected as President of the African Development Bank 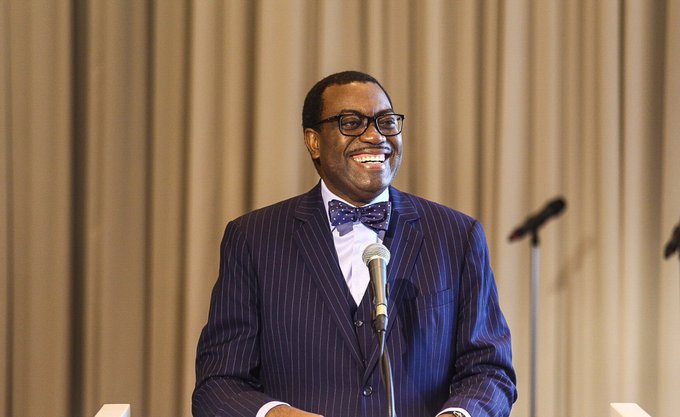 Akinwumi Adesina has been re-elected as President of the African Development Bank (AfDB) for a second five-year term. The election was conducted on Thursday during the virtual annual general meeting of the bank.

The election result, which gave him a hundred per cent of votes of all regional and non-regional members of the Bank, was announced by the Chairperson of the Board of Governors of the Bank, Niale Kaba, the Minister of National Planning of Côte d’Ivoire.

Recall that, Adesina was at the centre of sundry allegations of misconduct at the Abidjan-based financial institution, of which he denied. Despite the fact that the Bank’s Ethics Committee has declared him innocent, the US government is, however, pressing for a new investigation. An Independent Review Panel later cleared Akinwumi Adesina of any ethical wrongdoings.

According to the African Development Bank, during his first term the Bank achieved:

“The Bank has maintained its AAA-ratings by all major global credit rating agencies for five years in a row. The Board of Governors of the Bank Group approved a 125% increase in the General Capital of the Bank, raising its capital from $93 billion to $208 billion, the largest in the history of the Bank”, the statement on the website reads.

I am deeply grateful for the collective trust, strong confidence and support of our shareholders for electing me for a second term as President. It is yet another call for selfless service to Africa and the African Development Bank, to which I will passionately devote myself.

The future beckons us for a more developed Africa and a much stronger and resilient African Development Bank Group. We will build on the strong foundations of success in the past five years, while further strengthening the institution, for greater effectiveness and impacts.

Several political and world leaders have taken to their various social media platforms to confirm the new development and also sending out congratulatory messages.

Kelechi Kaycee Madu is the first Black Justice Minister & Solicitor General in Alberta, Canada | Here’s Everything We Know About Him