The gist in Biggie’s House 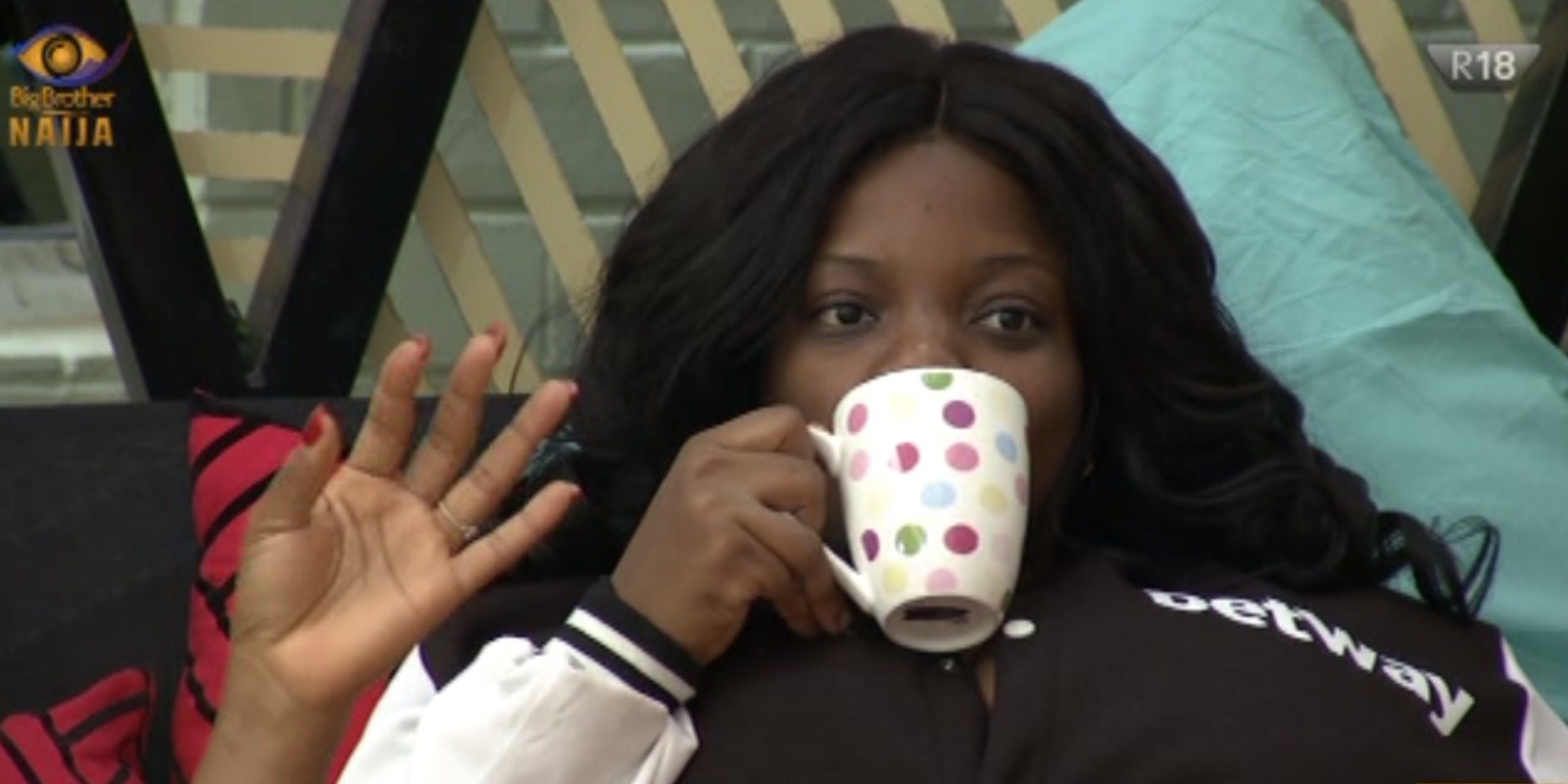 We all know that when the ladies of the house get together, details are the order of the day! This afternoon we got to see Ka3na, Lucy and Dorathy spilling all the tea, no one was spared.

Besides hearing that Lucy came into the house with no strategy, we learnt Lucy’s feelings about the kiss that was not between her and Prince.

Straight after that Ka3na, today’s queen of the gist came through with the hot tea. Apparently, Neo is here to make money, but not grand prize money, the young man has his sights set on the women with money outside the house. While in the house, he wants to show the ladies exactly how much of a loverboy he is. The ladies concluded that he is using Vee to perfect his brand.

Lucy told the ladies that there is no way that she will forgive anyone outside the house for things that they have done to her in the house. She is not that forgiving. We will wait to see.

Immediately after that, our gist queen came through with yet another cup of the hot beverage we look forward to daily.

According to Ka3na, she had a conversation with Lilo yesterday reminding her about the relationship she has. She told Lilo that letting Eric pick her up openly and fondling her in public was inappropriate in her opinion and she needs to contain herself small. According to Ka3na, Lilo confirmed that she is unable to control herself around her Big Brother beau, Eric. The ladies praised Lilo for her domestic skills: she can cook, she can clean, she is mature, but the trio are worried that she has trust issues and does not want Eric out of her sight.

In just 10 minutes, the ladies gave us more than we could bargain for as we continue to stay tuned in to Biggies House and wait to see what happens during the festivities tonight.

A thrilling Saturday Night with Oxlade and DJ Big N

Get ready for a lit weekend as DJ Big N and Oxlade take the Lockdown dancefloor by storm.

Eviction or not, Biggie wants the Lockdown to have some fun at the Saturday Night Party. And therefore the renowned Nigerian DJ Big N and rising afro-fusion artist Oxlade will be coming in with full great sounds in the Lockdown House.

Now imagine the bang with a combination of these two artists! We can’t wait to have a blast with them tonight, so go get your dancing shoes ready.

What happens when you have @deejaybign and @oxladeofficial together in a party? Tune in at 22:00 WAT to find out.

We're ready for tonight's mad tunes at the #BBNaija Saturday Night Party! Are you?

No doubt about it, this Saturday Night Party means a lot to the Housemates as they await their fate this Sunday. So, no surprises, if you see them gyrating to the electrifying music that will feature in the House tonight. Who wouldn’t want to have the best of their last moments?

The MBA qualified DJ who shuffles between Nigeria and the UK got his big break in 2009 after playing in Coventry for Nigerian Independence celebration.

Widely known for his prominent roles as the official DJ for the Ja’rule and Ashanti show held in Lagos in 2014 and for the Mavin Records UK tour, DJ Big N has released several records prominent of which include the Mavin All Stars Mixtape. See why we can’t wait to have him spice up our Saturday Night?

The University of Lagos graduate of Psychology is set to bounce the Housemates off their Eviction worries. Ready to roll with him?

Get ready for Oxlade to take you away tonight

Authenticity is the reason why, when you start listening to one song by the afro-pop star, you don’t stop. It’s the rationale behind his confidence and it’s why people are attracted to his music.

Keeping up with Oxlade musically is exciting and we’re so excited to have him party with us tonight.

Now, what better way to light up the moods of our Lockdown Housemates as they get set for their first Live Show Eviction on Sunday. So let’s partaaay!

The key to the fridge doesn’t only unlock the booze, but closed mouths too.

A victory for Praise

Praise won the Betway Nigeria Arena Games, and this comes with a week of pampering. As the first Lockdown Housemate to perform this feat, the social media street was abuzz.

Keys to the booze

The jacuzzi came on and the Housemates went in. Nothing as soothing as a warm dip in the bath and a few of the Housemates weren’t going to miss out on that feeling. Neo was the first to signal intent to get a feel before Wathoni, and Dorathy jumped in to spice it up. The biggest surprise was Head of House, Lucy showing up in a bikini to join the fun.

Erica took quick lessons from Tolanibaj on the elite art of twerking and she learnt a bit. Not enough to make it on Worldstar but just enough to make her feel good with her moves.

Just like Tolanibaj predicted, Nengi and Prince were in each other’s company as the night progressed and an interesting discussion about pride came up. “I am not proud; I know who I am. If I was proud, I won’t do some of the things I do,” Nengi said in response to Prince accusing her of being proud.

Tochi has a thing for Tolanibaj and Wathoni and he can’t seem to make up his mind about who he wants to be with, so he confides in Kiddwaya and Erica. Erica reminds him that it’s not just about liking them but which of them likes him too. Kiddwaya did say Wathoni was the easier target and down for whatever and this got us wondering if he got that notion from how often Wathoni throws herself at him.

In the end, Tochi was asked to get closer to both ladies, express himself and figure out who was feeling him. They also suggested the game night was a good time to find out who might have a thing for him, but Tochi wasn’t willing to get embarrassed just to find out.

As they countdown to the first Eviction of the Season, the Lockdown Housemates get in their feelings and open up about their thoughts on tomorrow, with the hope of surviving the dreadful night to come.

‘You are intellectually buoyant,’ Neo

Neo fills Laycon in on his impression of him so far, and how to continue flourishing after Big Brother by building on the foundation he has laid down.