After their hair and photography session in today’s Task, the Lockdown Housemates were given the second Challenge, the Darling Find Your Beautiful Hair Show. For this Task, all teams had to creatively style their themed hairstyle for a world-class hair runway show. In addition, each team had to showcase how they have found their beautiful with Darling Hair through spoken words/poetry. 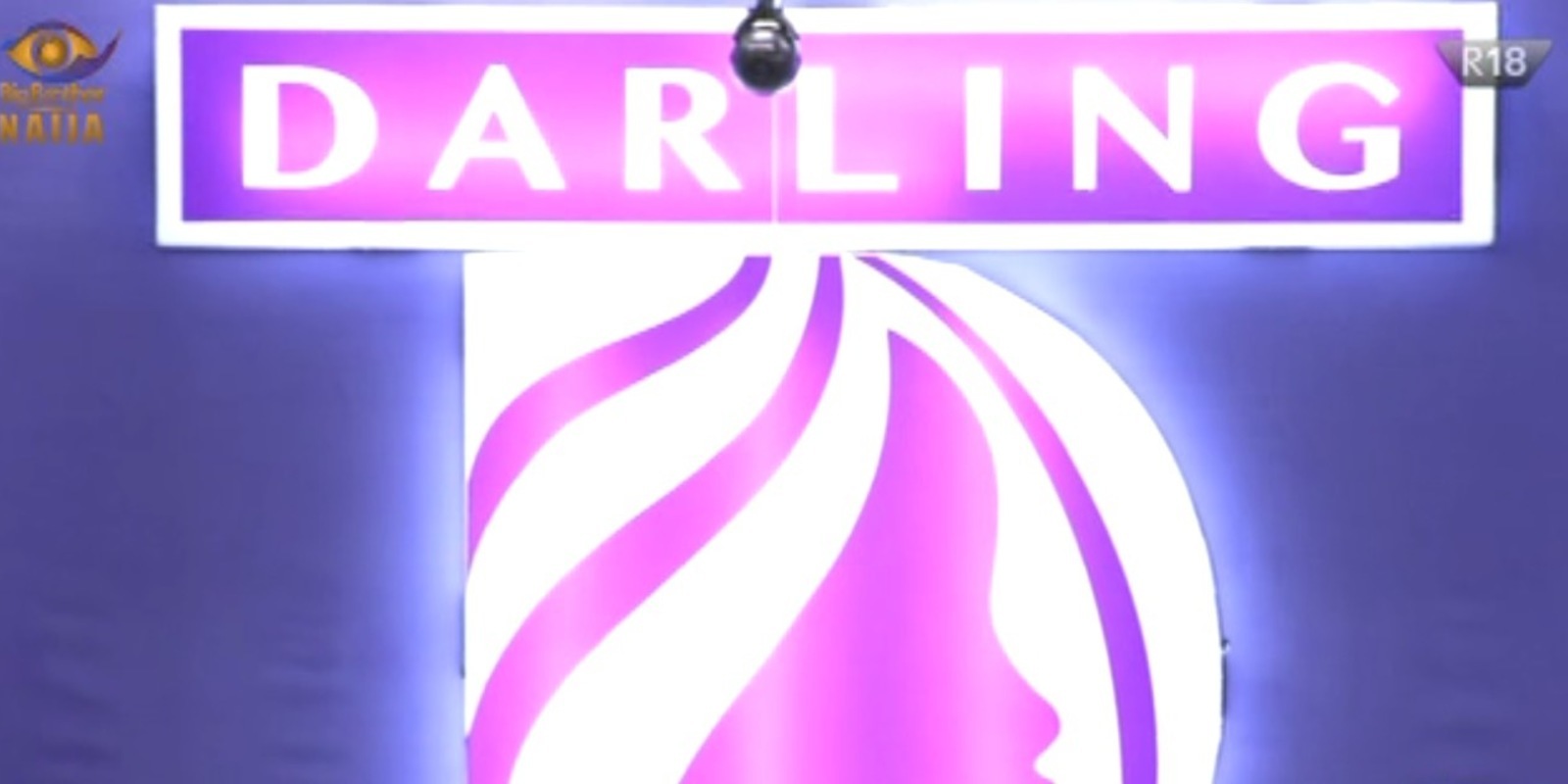 The journey to finding their beautiful

Like the first Challenge, three boxes containing mood board, hair products and hair accessories were made available for the Housemates. The team names had been clearly written on each box for easy identification. The special costumes for runway showcase were packaged in customized Darling branded boxes as well. The male Housemates were again to assist their female team member in styling the premade ponytails in each box. Each team were required to uniquely style their hair for the runway show in the Arena.

For the hairstyling session in the Darling studio salon, all Housemates were to wear the provided Darling capes. 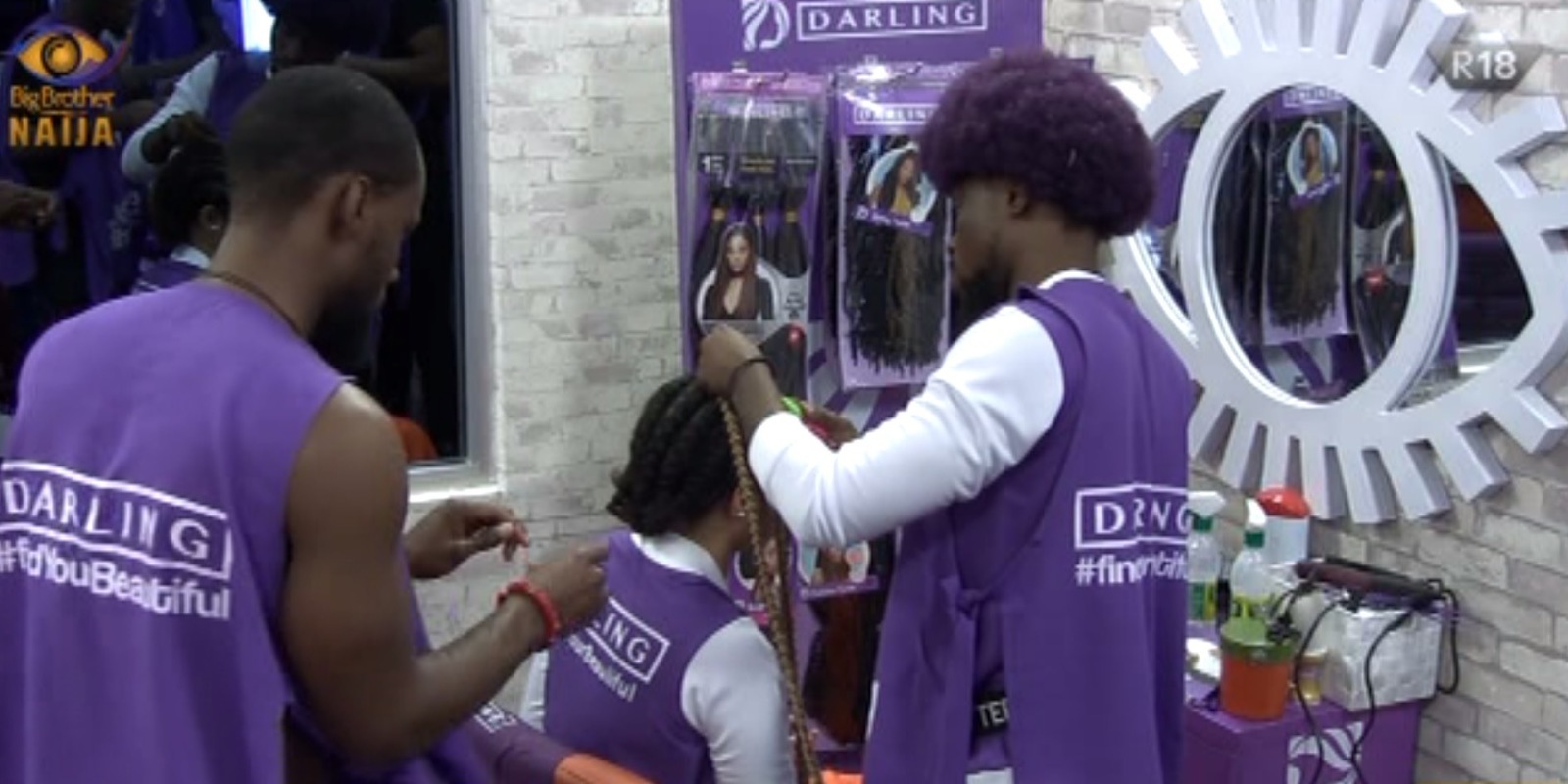 For this activity, the House selected Prince to serve as the anchor. His job was to moderate the runway showcase by introducing the three different teams in order. Once each team was called, they were to immediately strut the catwalk and present their spoken word. 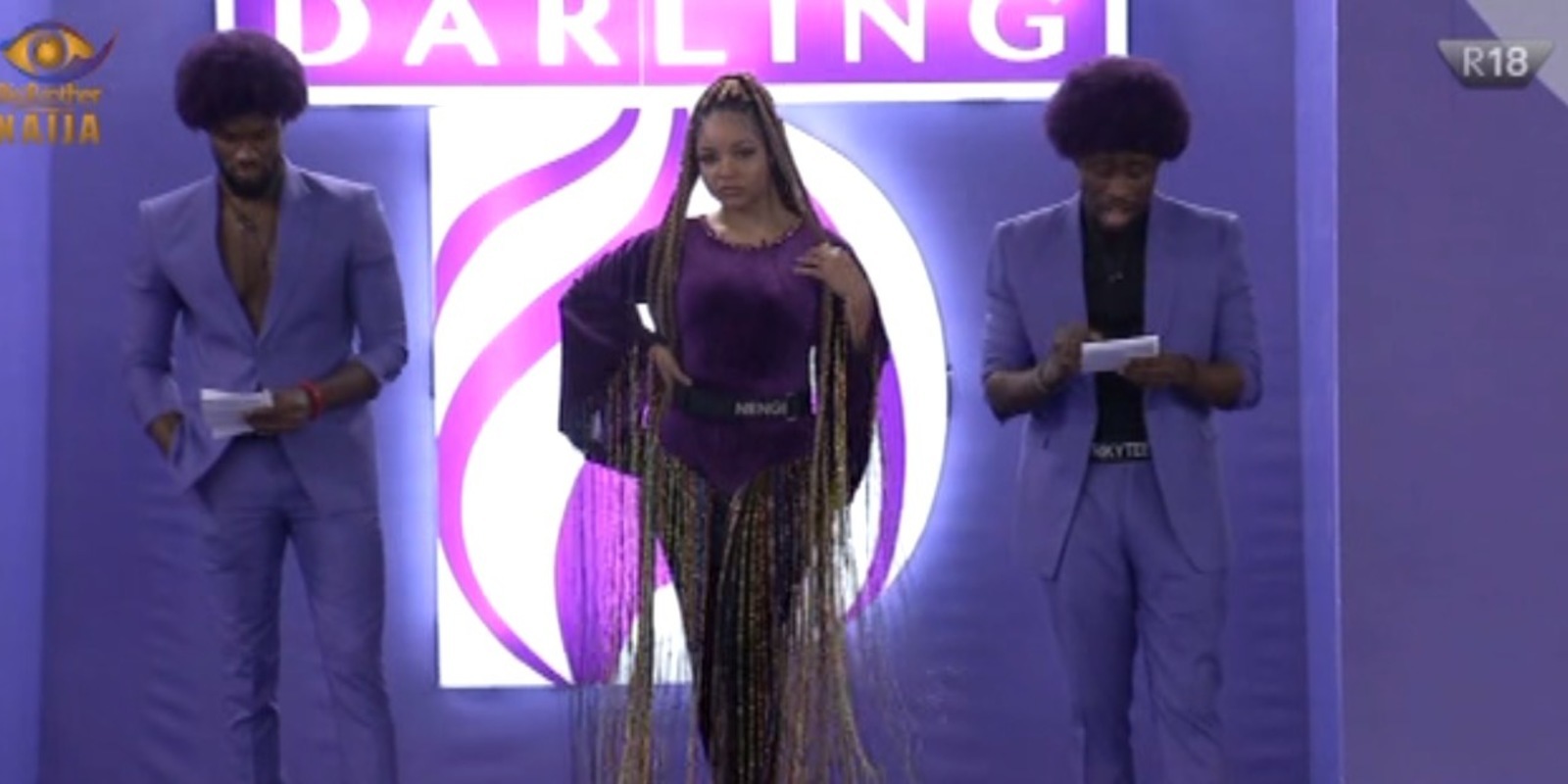 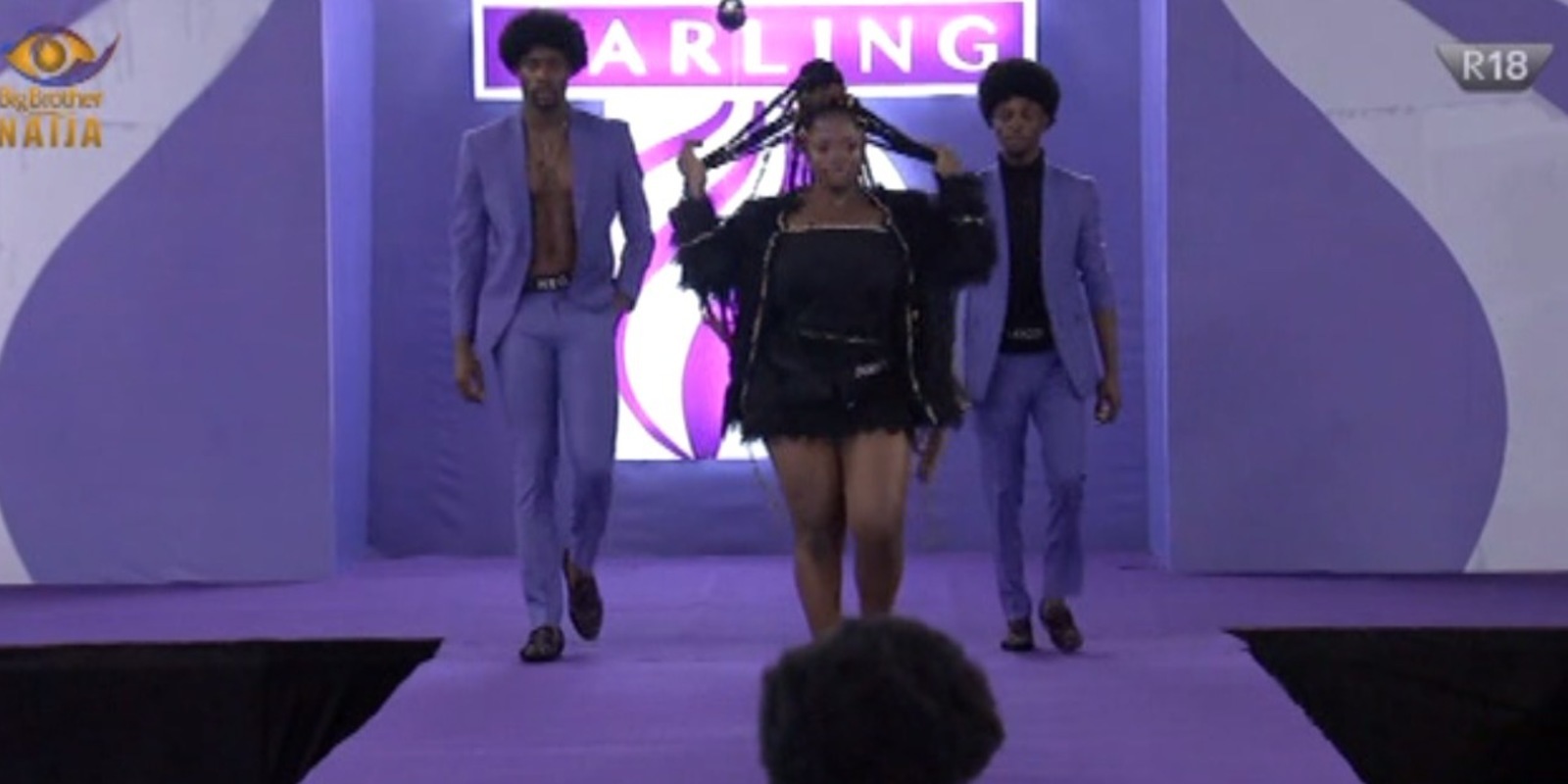 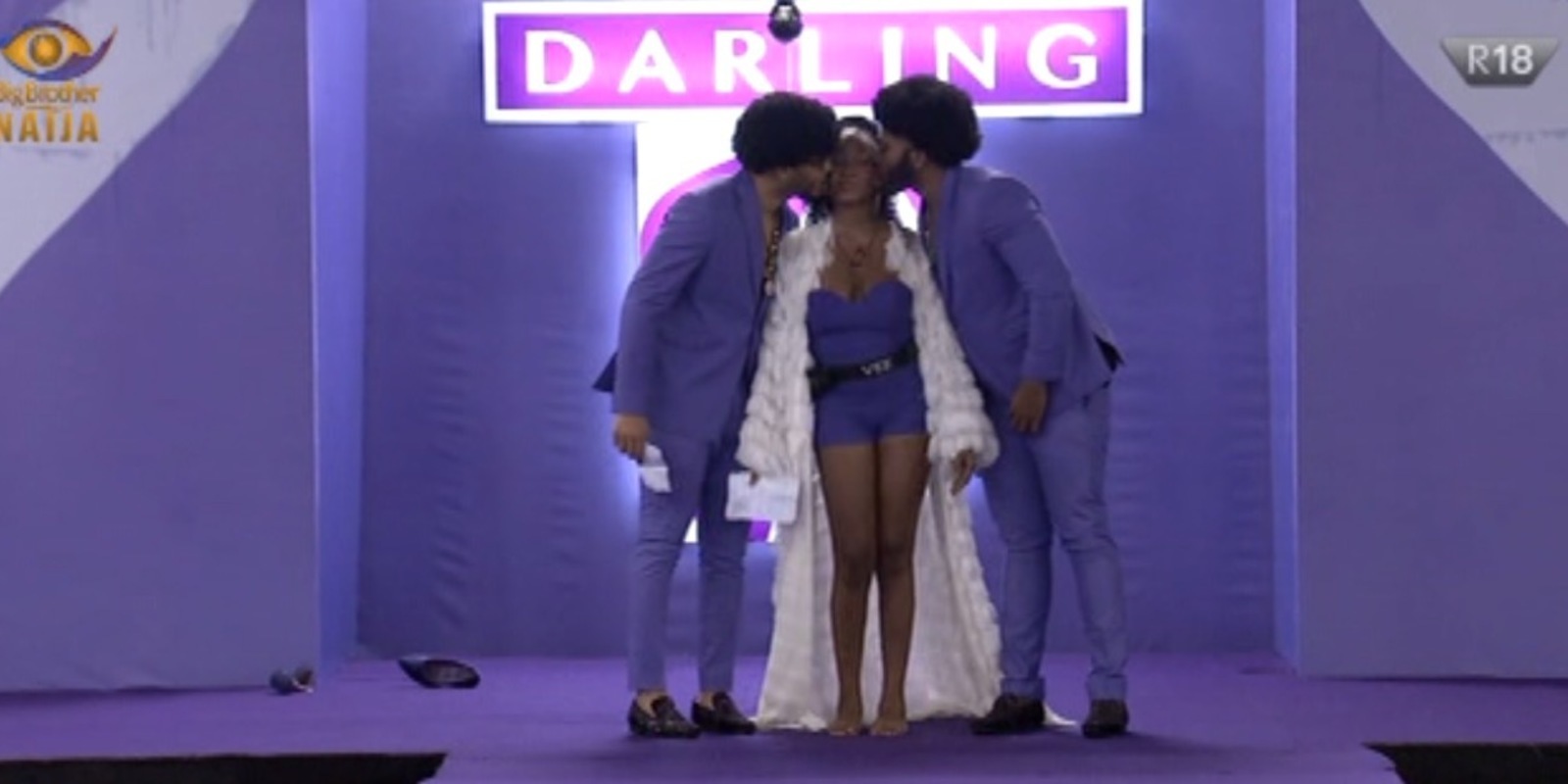 A win for Team Braids

The criteria set for them for both Tasks were teamwork, creativity and the perfect depiction of an unstoppable woman. In the first round, Teams Braids and Empress both scored 30 points each, while Team Crochet scored 26 points. For the Darling Runway Hair Show which formed their second Task for the day, Team Braids scored 28 points; Team Crochet 30 points while Team Empress scored 25 points. The total accrued points by each team across the two tasks are as follows:

Congratulations Team Braids for winning the Darling Find Your Beautiful Task. As a reward, the team will receive the cash prize of three million Naira.

Black is beautiful is the aim of the Game in today’s Darling ‘Find your beautiful’ hair Task. Divided into three teams, the male Housemates helped the females to style their hair for two hours before they partook in a photoshoot to complete the first part of the Task. 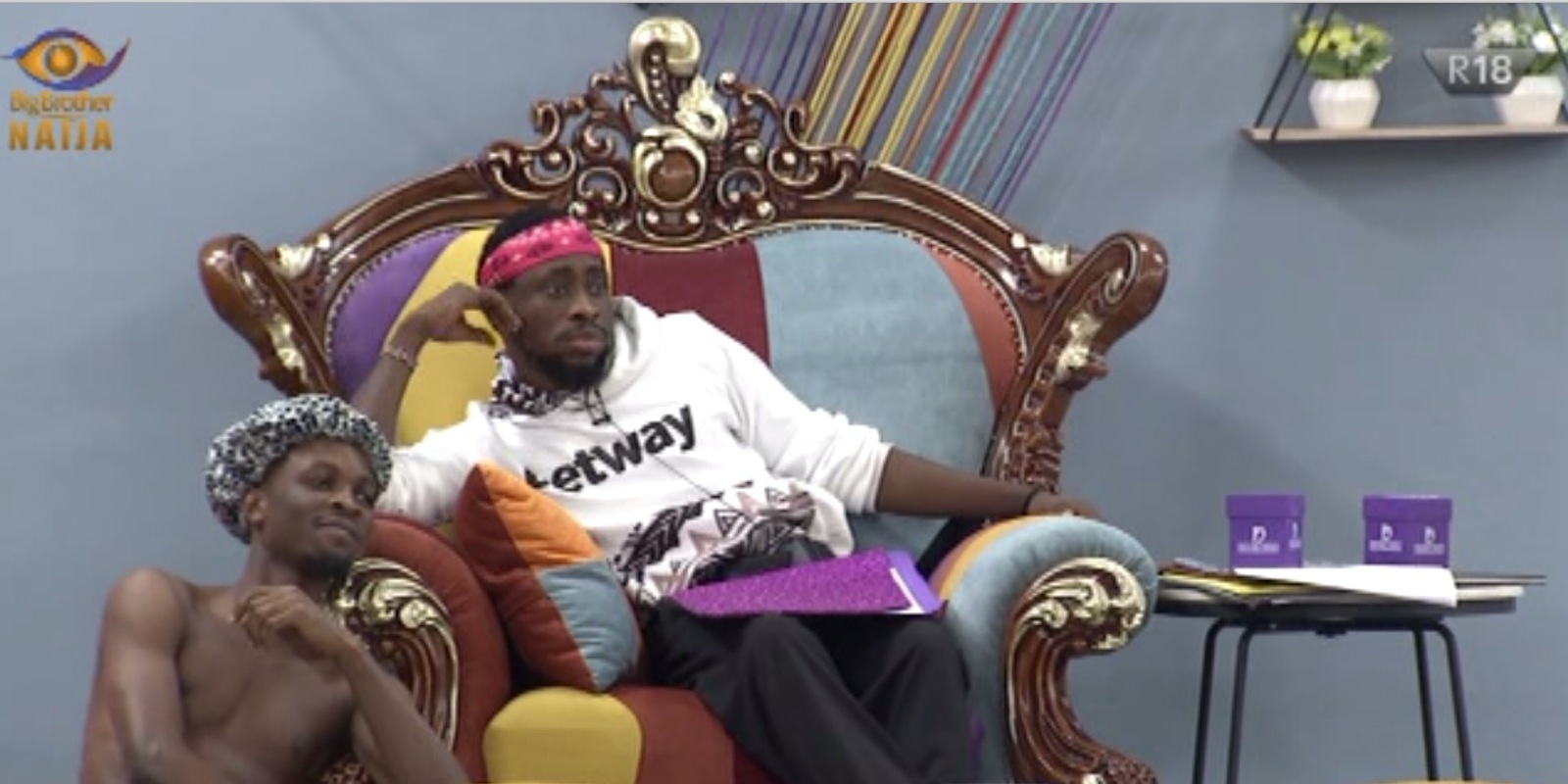 The teams as chosen by the housemates through picking names from boxes were as follows: 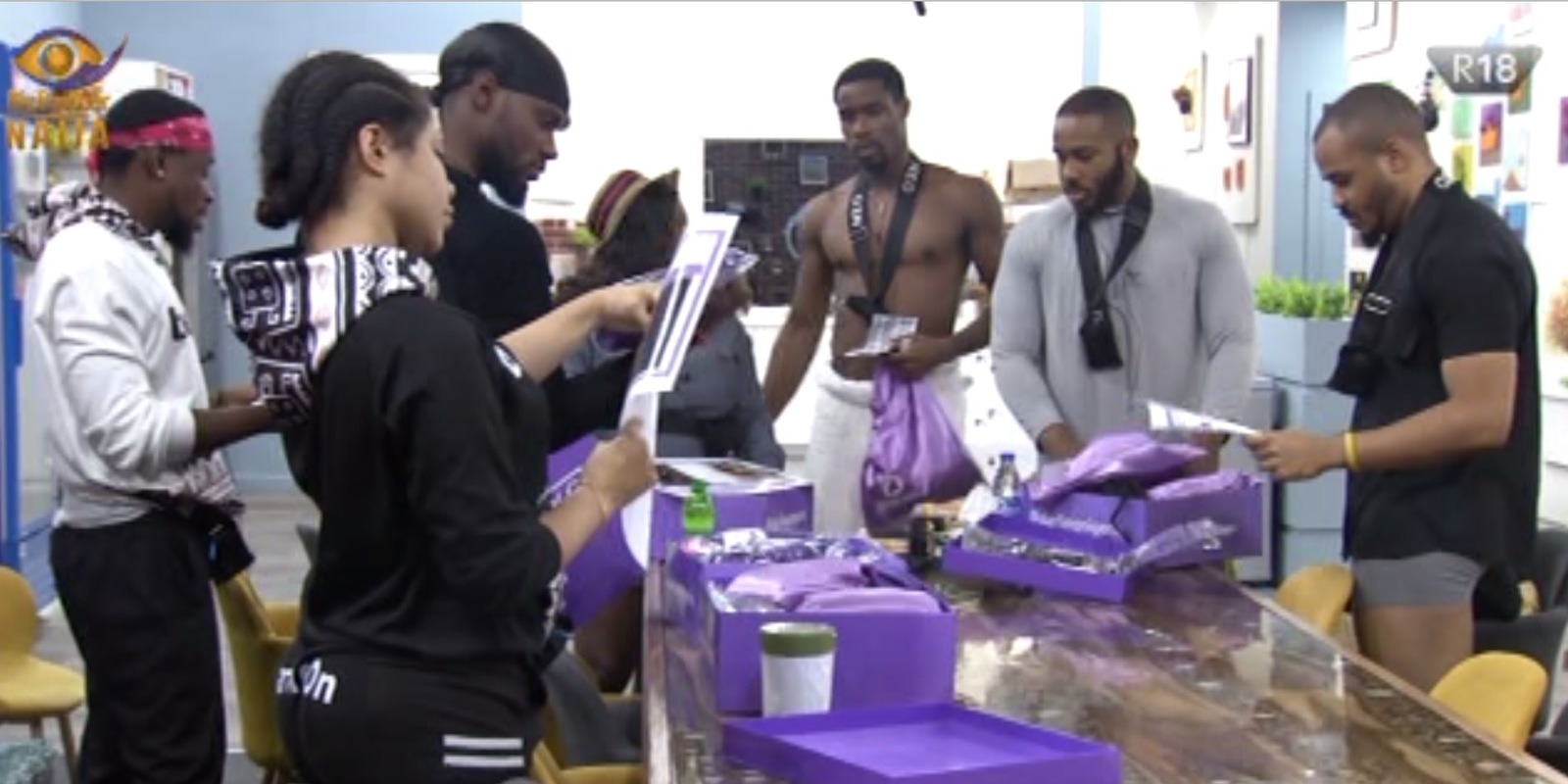 The Housemates stepped into the salon and got straight to work. We have to say the guys did a fine job as they prepared for the photoshoot showdown. Afro wigs were supplied for the guys to find their own beautiful as they partook in the photoshoot.

Did they knock the lights out?

The Housemates gave their all. Not just from a modelling capacity but also from an art directors role. 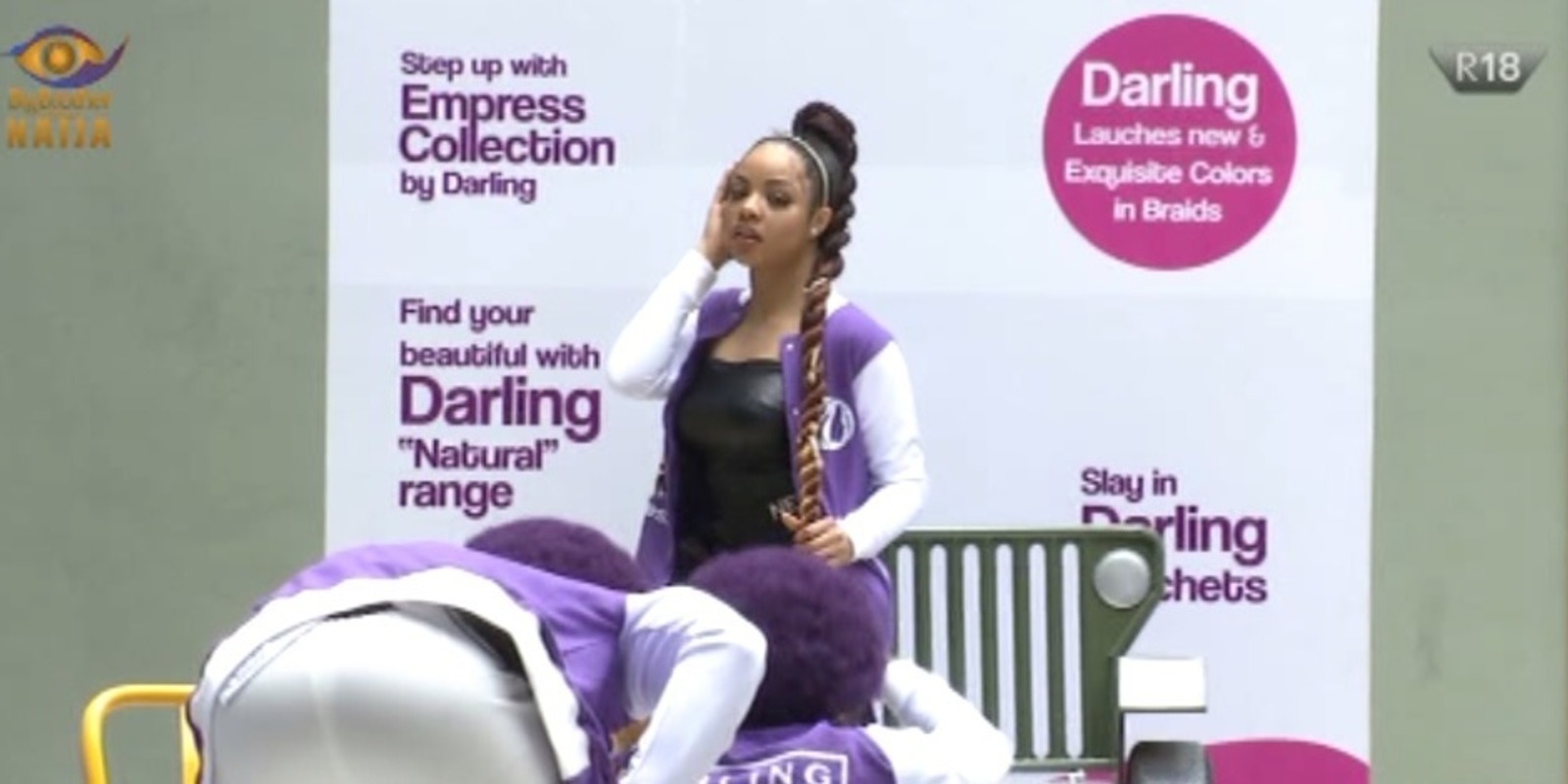 Nengi brought her fierce face through her photoshoot carefully directed by Prince and aided by Trikytee, the two displayed exemplary guidance to make the stunner show her glory. 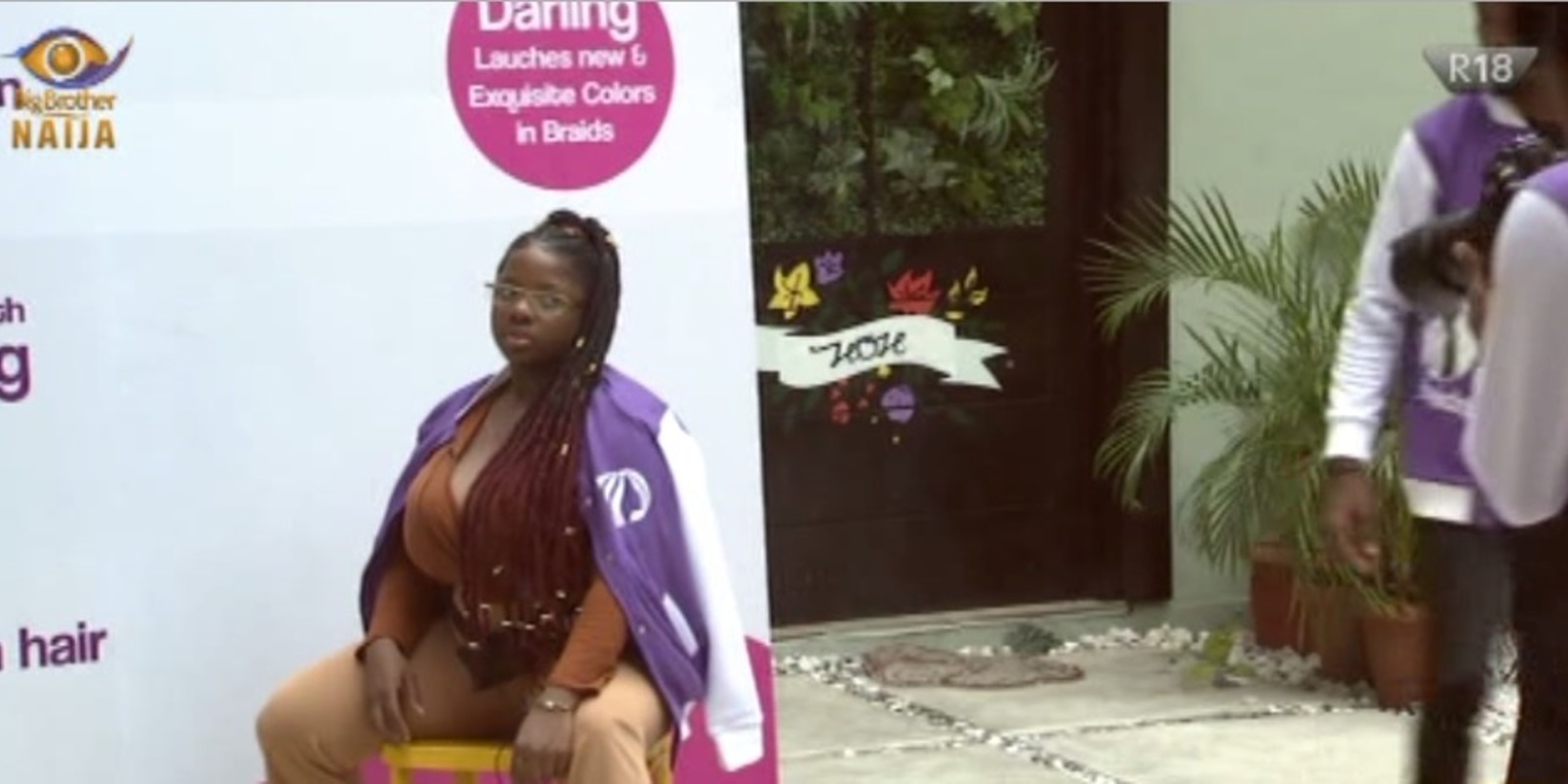 Dorathy brought her sexy, her every move carefully curated by Neo, with Laycon at her beck and call for anything that she needed. Teamwork was the name of the game as they went through the motions of taking the best images. 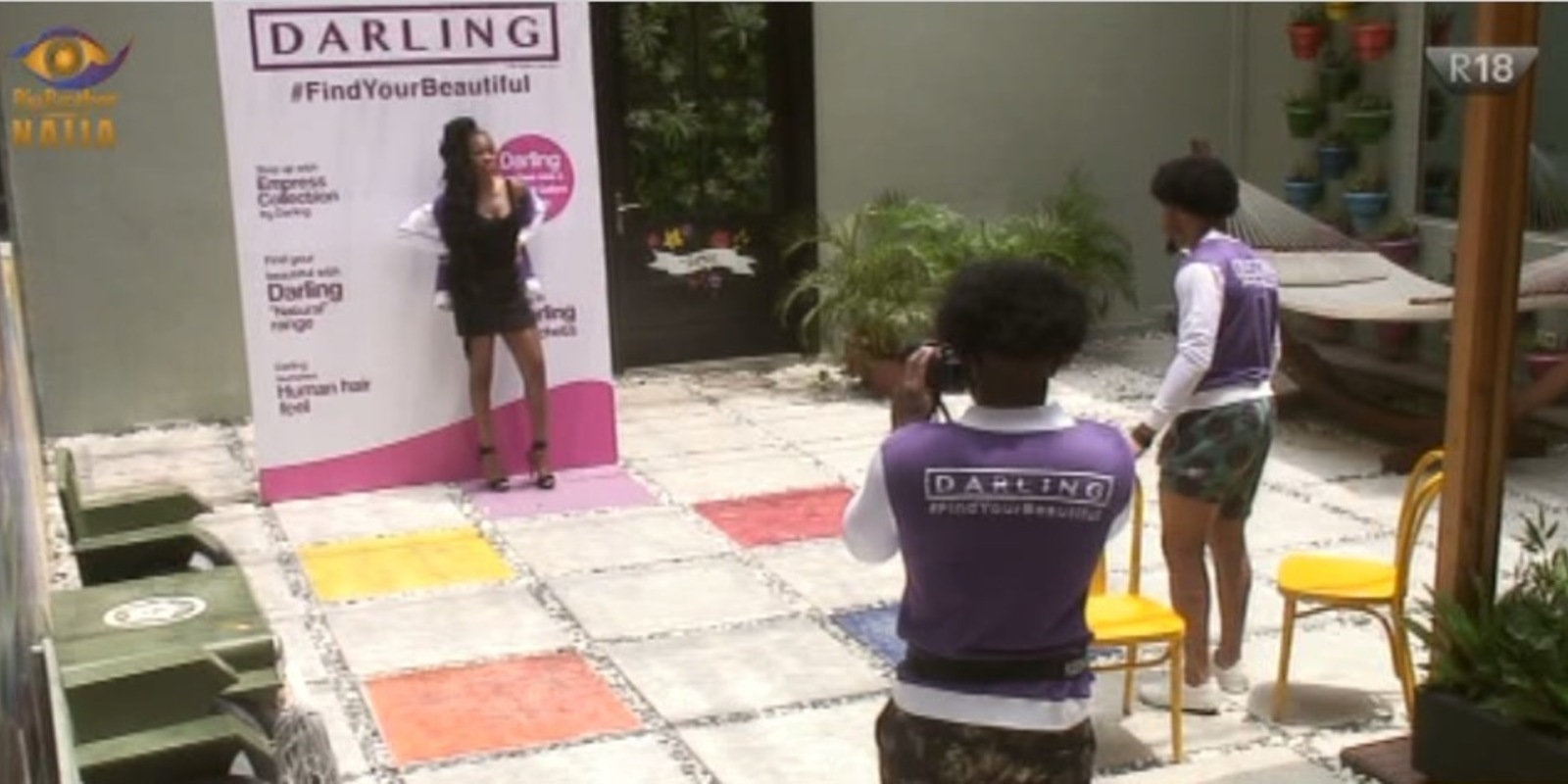 Vee brought a face full of attitude for the brief, hyped up and encouraged by Kiddwaya behind the camera and Ozo who was on hand to join her as a prop. The team brought full teamwork to the fore as they completed their task.

All the teams have been very creative and we wait to see who will be the final winner!

The Big Brother Naija Lockdown Housemates take the time to work out their minds and mouths as they work out in the Arena.

From day one you have seen the Housemates in the Arena working on their fitness, though it is never really the place for drama, it is the place where we can catch up on conversations between the Housemates. Today was no different as Ozo apologized to Nengi, and Laycon and Vee talked life experiences. 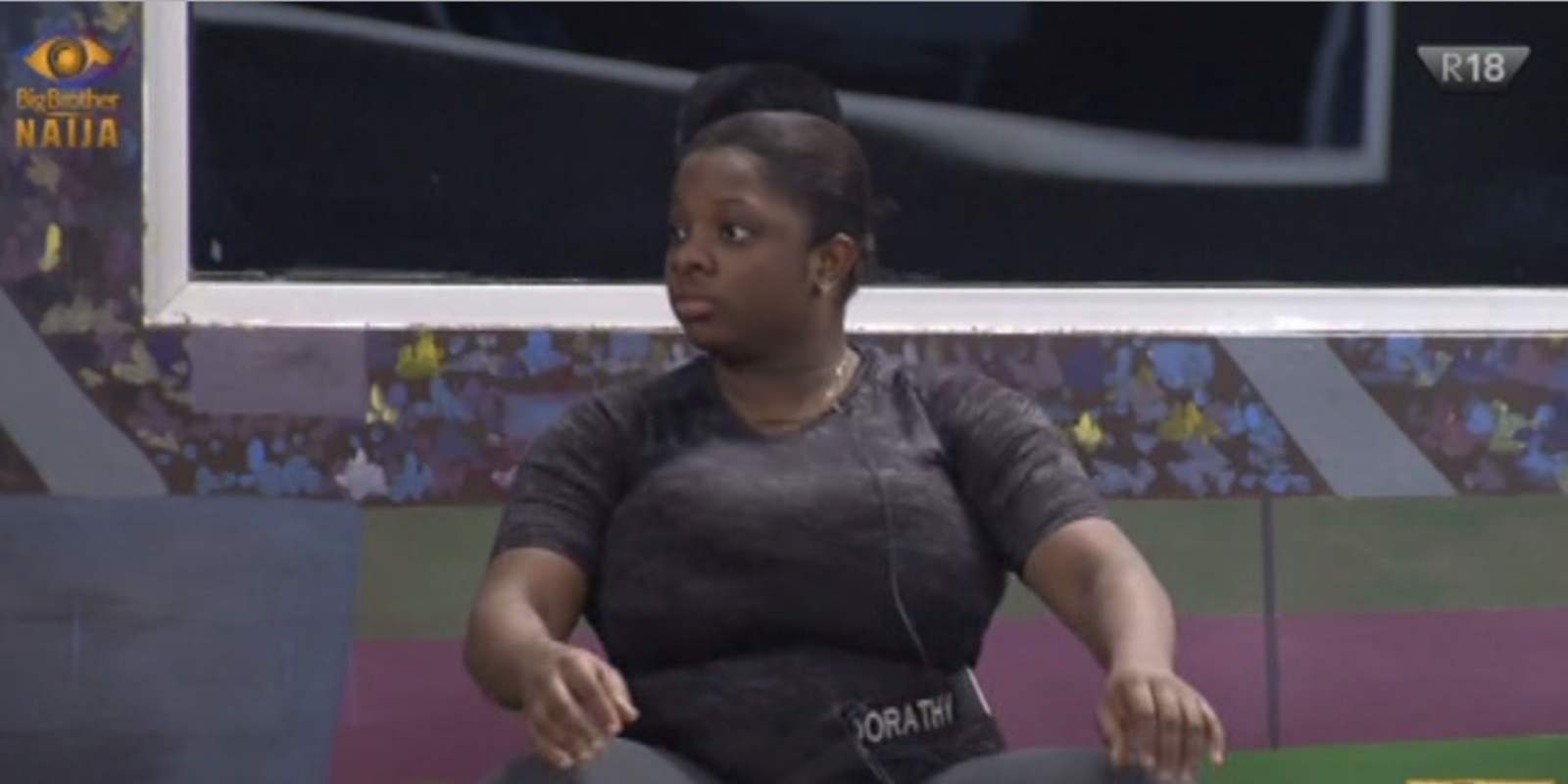 As they walked around the Arena, Ozo apologised to Nengi, feeling that he had something to do with her low mood this morning. Though Nengi maintained that she and Ozo had already settled their differences, he did not seem convinced. Eventually, when Nengi asked that they leave the subject alone, they switched the conversation to the house. Ozo decided that he wanted to close his eyes and find himself at the end of the journey to which Nengi replied that he must enjoy every moment of his stay. 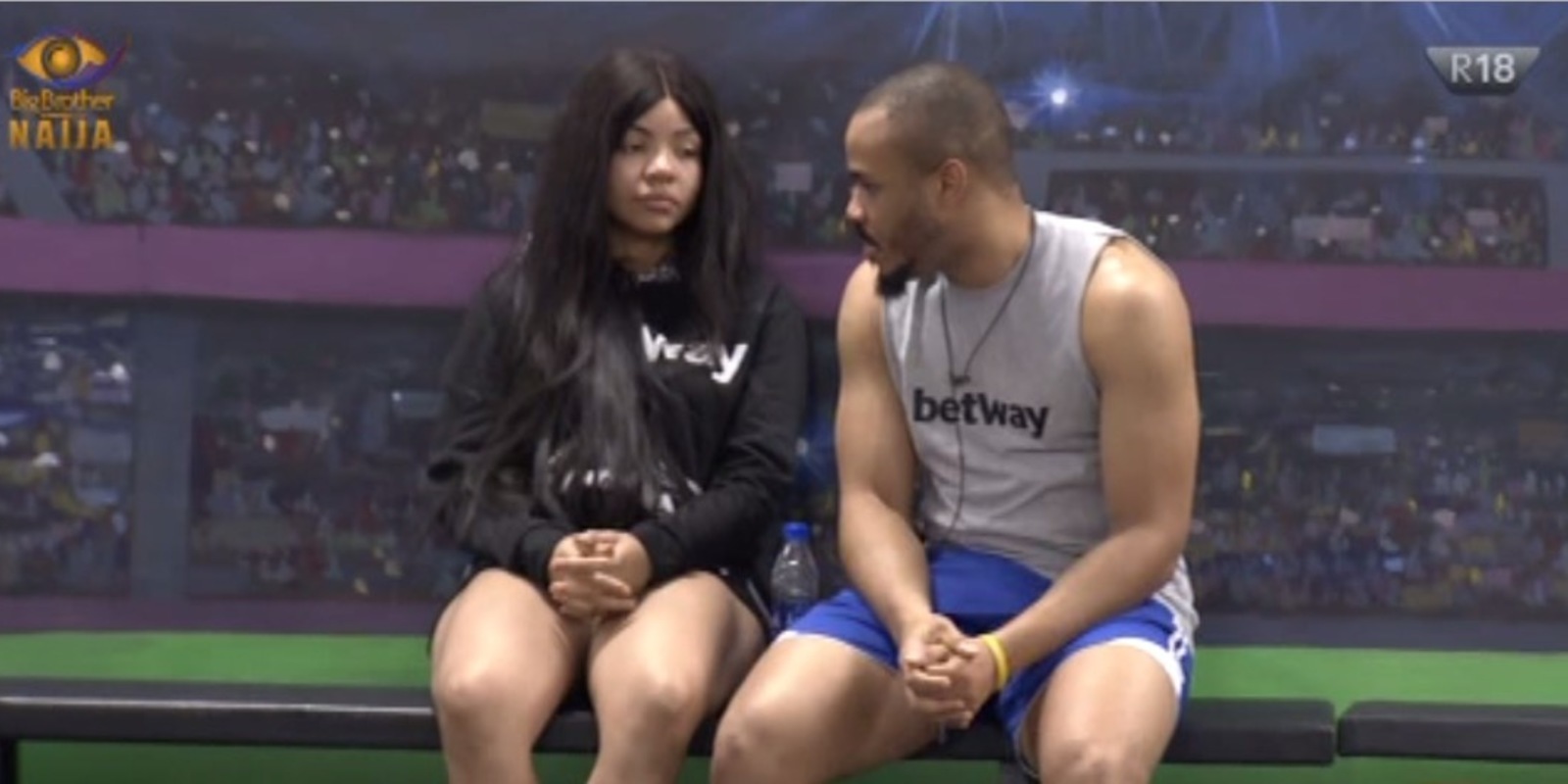 They started out on the sidelines, but soon Laycon and Vee needed to get their legs moving. The two talked about the Saturday Night Party. They were very impressed by the acknowledgement from DJ Kaywise. The two discussed how they can tell that the acts so far have actually been watching the show and know their names. The pair walked through the rest of the session laughing and talking about life. 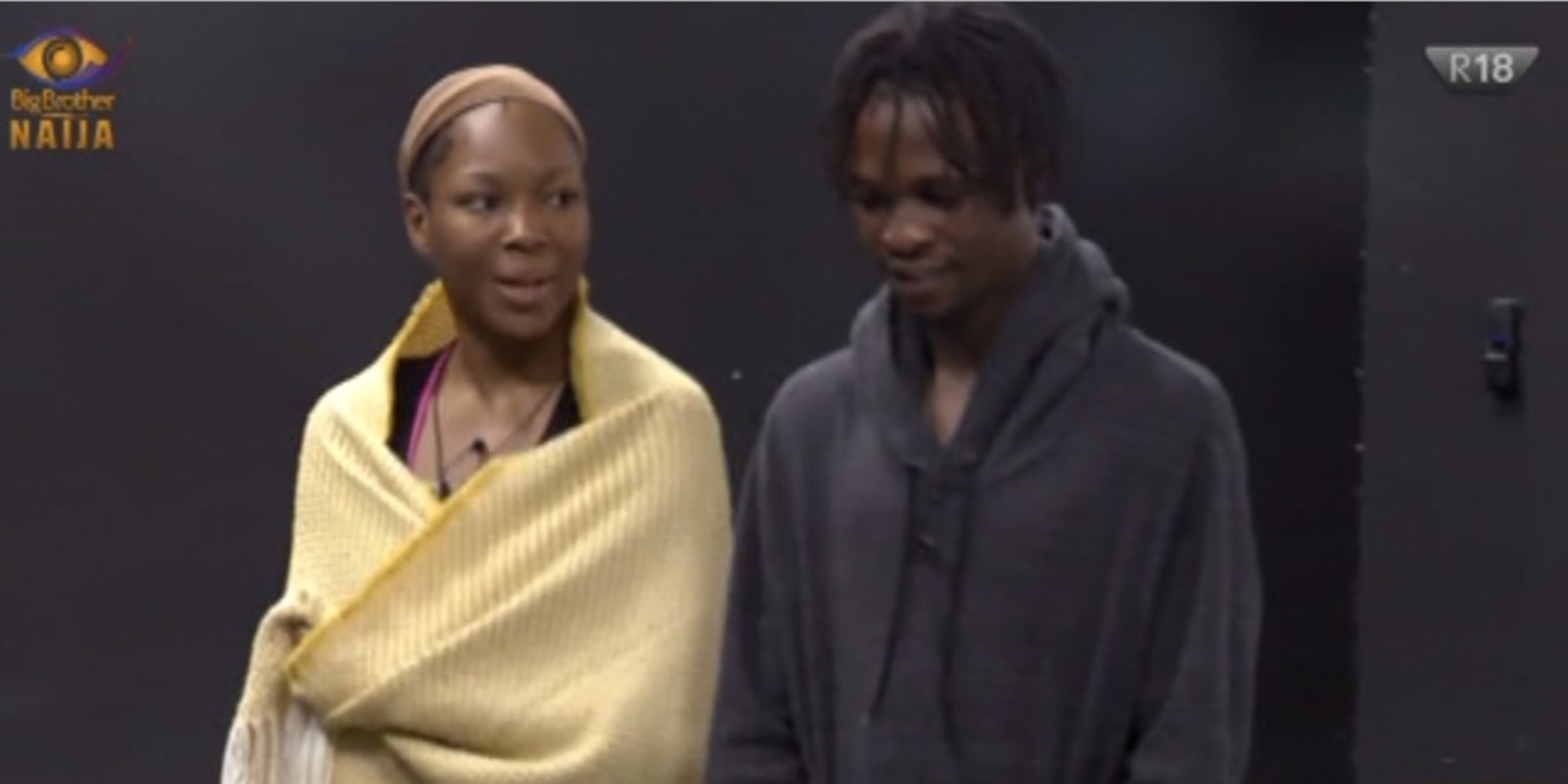 Putting in the work

Though they were not on the best of terms when Lucy left, there is no denying that Lucy and Dorathy spent a lot of time together, working out and dancing in the last couple of weeks. Today Dorathy was working on her fitness as a team of one. Working hard on her core and working up a sweat.

Neo kept pace through his entire workout, running around the Arena for his session. Prince started by running with Neo but continued to engage in squats. Both Neo and Prince seemed very removed this morning through their workouts and their chores. Kiddwaya and Trikytee maintained their workout together, but silently this morning. 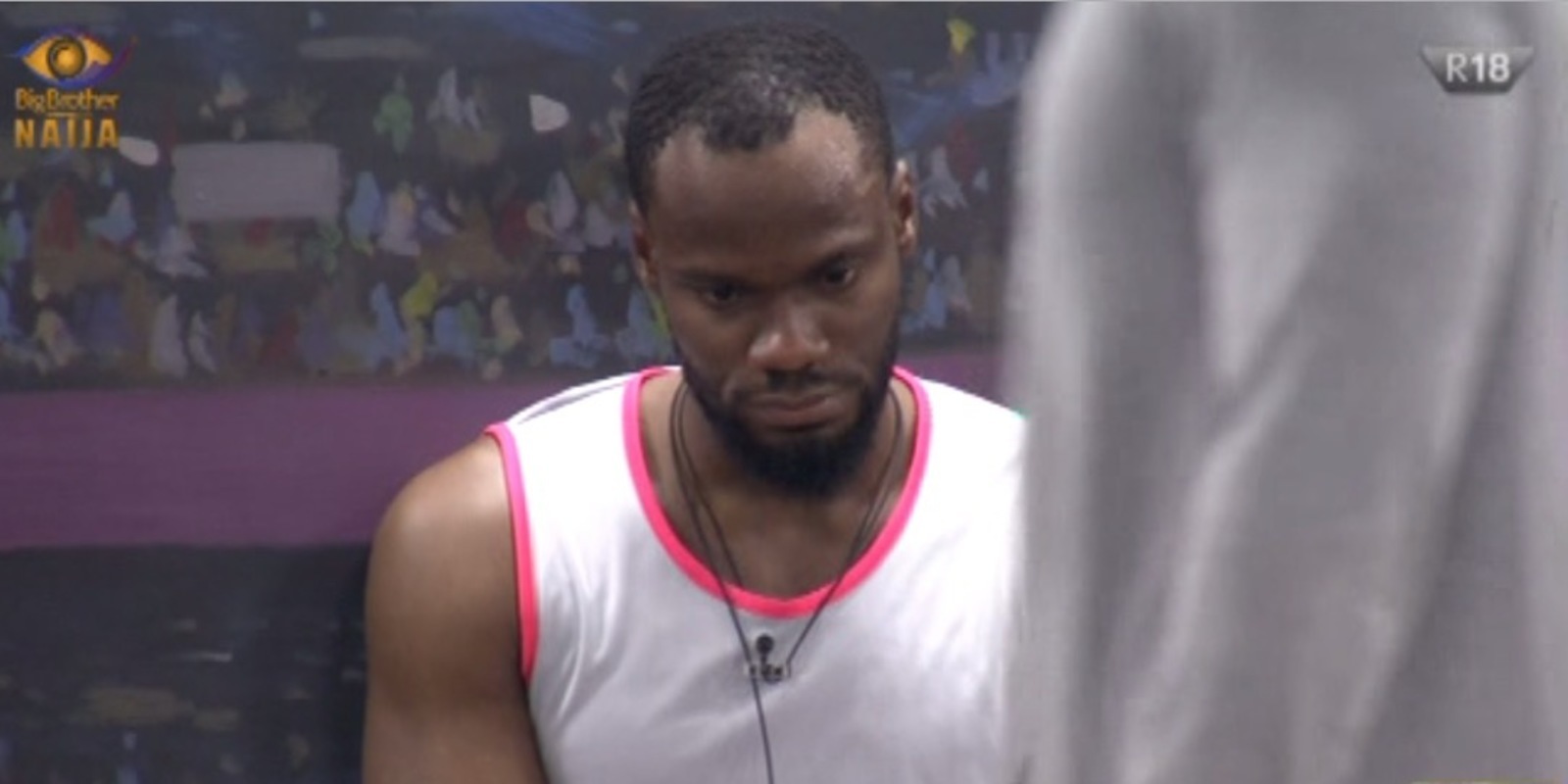 Though we know that the Housemates can have low energy in the morning, today was extremely low, leading us to wonder what is next for the morning. Stay tuned.

Wande Coal is Giving Us a New EP “Realms” this Friday 💃🏽

Ka3na’s Look Since Leaving the #BBNaija House is Beyond Boss!