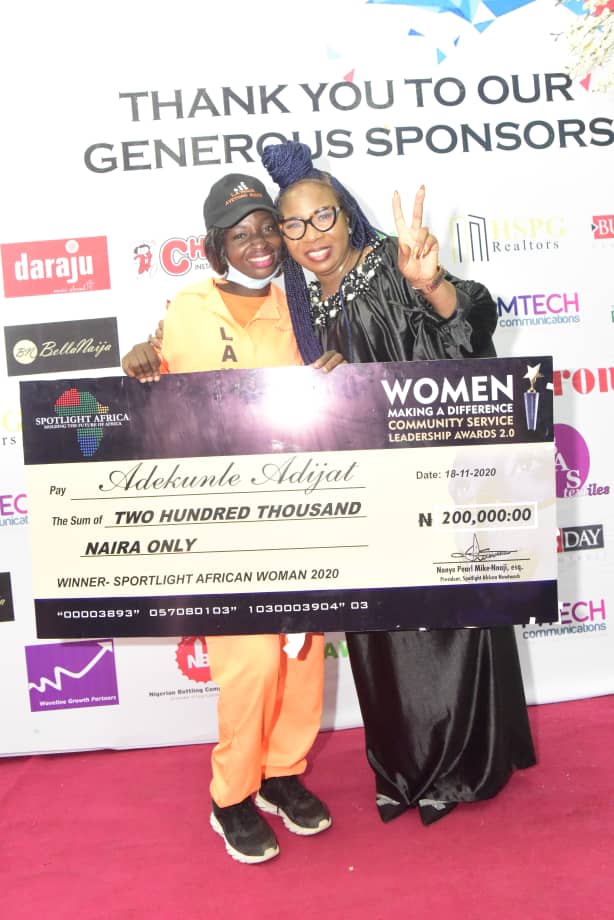 A sweeper of the Lagos State Waste Management Agency (LAWMA), Adijat Adekunle, has been unveiled as the winner of the Spotlight African Women 2020, a contest organized to recognize grassroots women who display exceptional commitment in their ordinary jobs.

Out of 29 contestants, Adekunle, also a student of Mass Communication at the National Open University (NOUN), emerged winner after polling a total of 20, 000 votes out of a total of 24,959 votes. Filled with joy and gratitude and expressing the same feelings while receiving the award of N200, 000, a glass plaque, and products from sponsors; she said she never expected so many votes from Lagosians and thanked her husband who was the main driver of the votes. Although Adekunle emerged the overall winner, the honor, however, was extended to other women who received merit awards and other gift items each. A raffle draw was also conducted to ensure everyone went home with a prize.

Nonye Mike-Nnaji, Lawyer and president of Spotlight Africa said the Non-Governmental Organisation came up with the event to put the spotlight on ordinary women who have exhibited excellence, leadership, who have been able to self-motivate themselves and turn their ordinary jobs into an extraordinary manifestation of their ability. 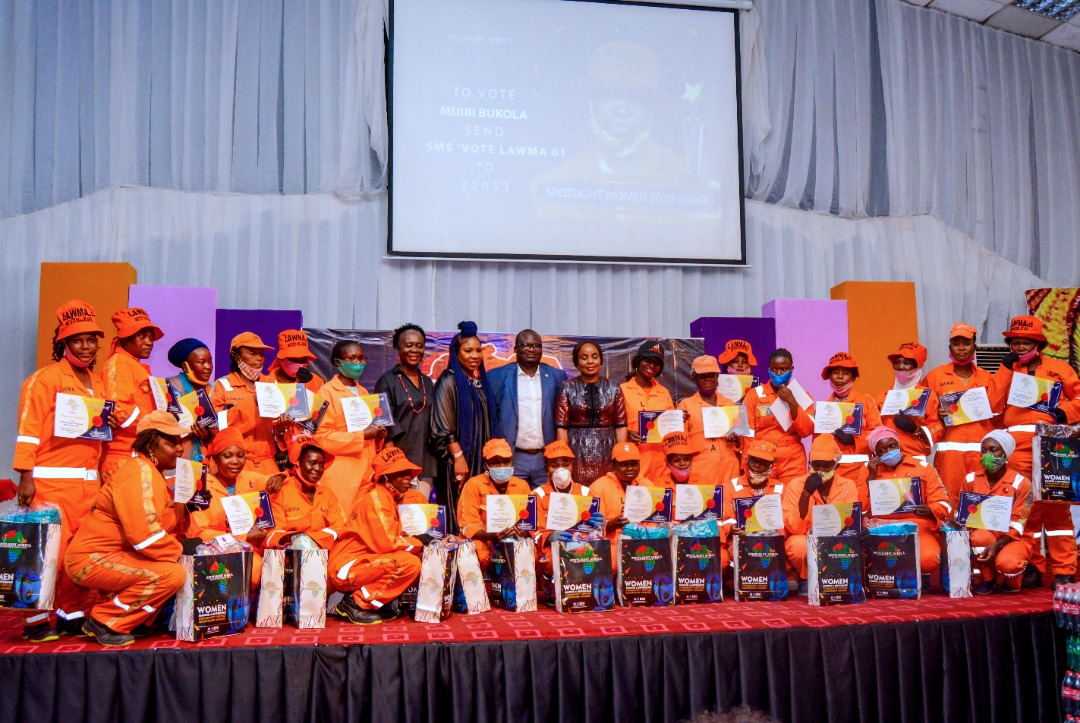 “These women who sweep the streets actually go home with just little but they wake up 4:30 in the morning, report to their place of duty and they sweep Lagos’.

“Lagos is a megacity, one of the most populous cities in the world and these women keep this city clean. They show that hard work pays, diligence pays, and showing leadership actually pays,” said Mike-Nnaji.

According to her, during COVID-19, Ebola, these women, described as ‘Ladies in the Orange Jumpsuit,’ kept sweeping, and keeping Lagos clean; stating the women are the COVID heroes and they need to be celebrated. She said that the motivating factor was also to celebrate women, not only sweepers but also grassroots women who are heroes in what they actually do in Africa – making a difference.

For 2021, Spotlight Africa will be empowering 15,000 women through her Financial Literacy and Skill acquisition Tour. 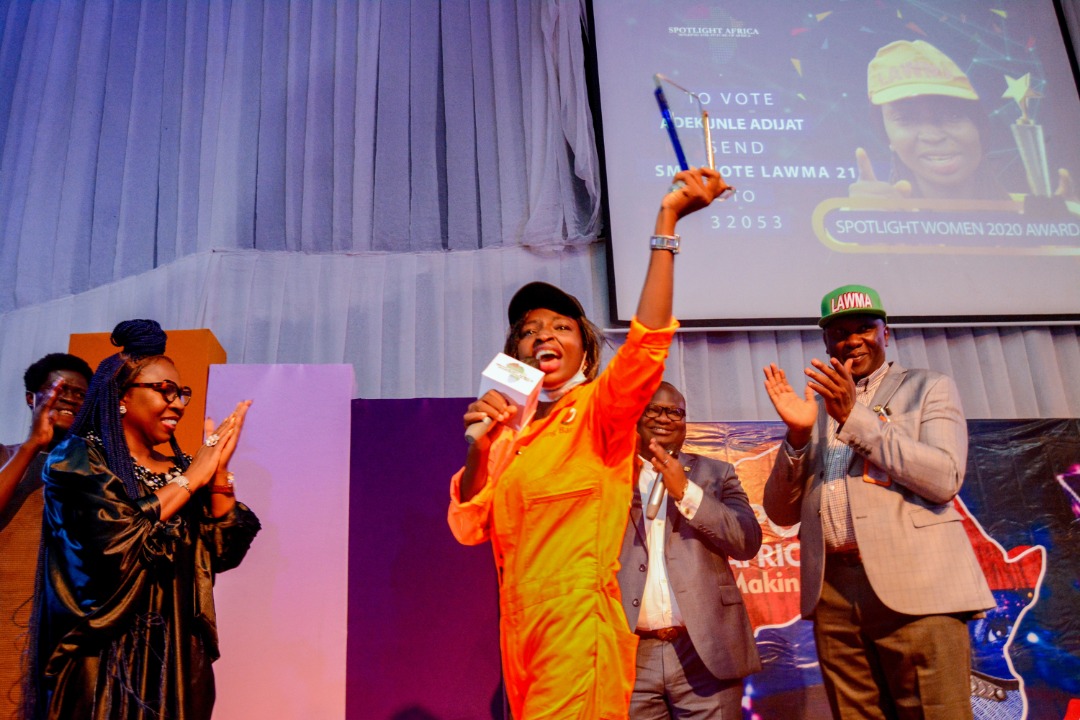 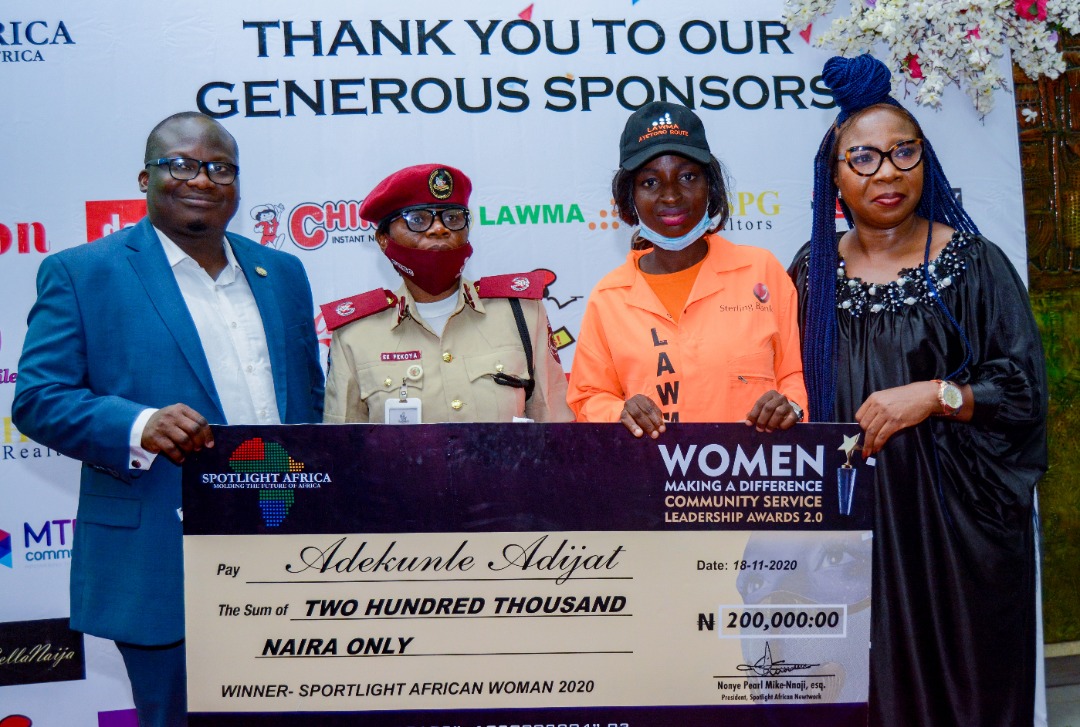 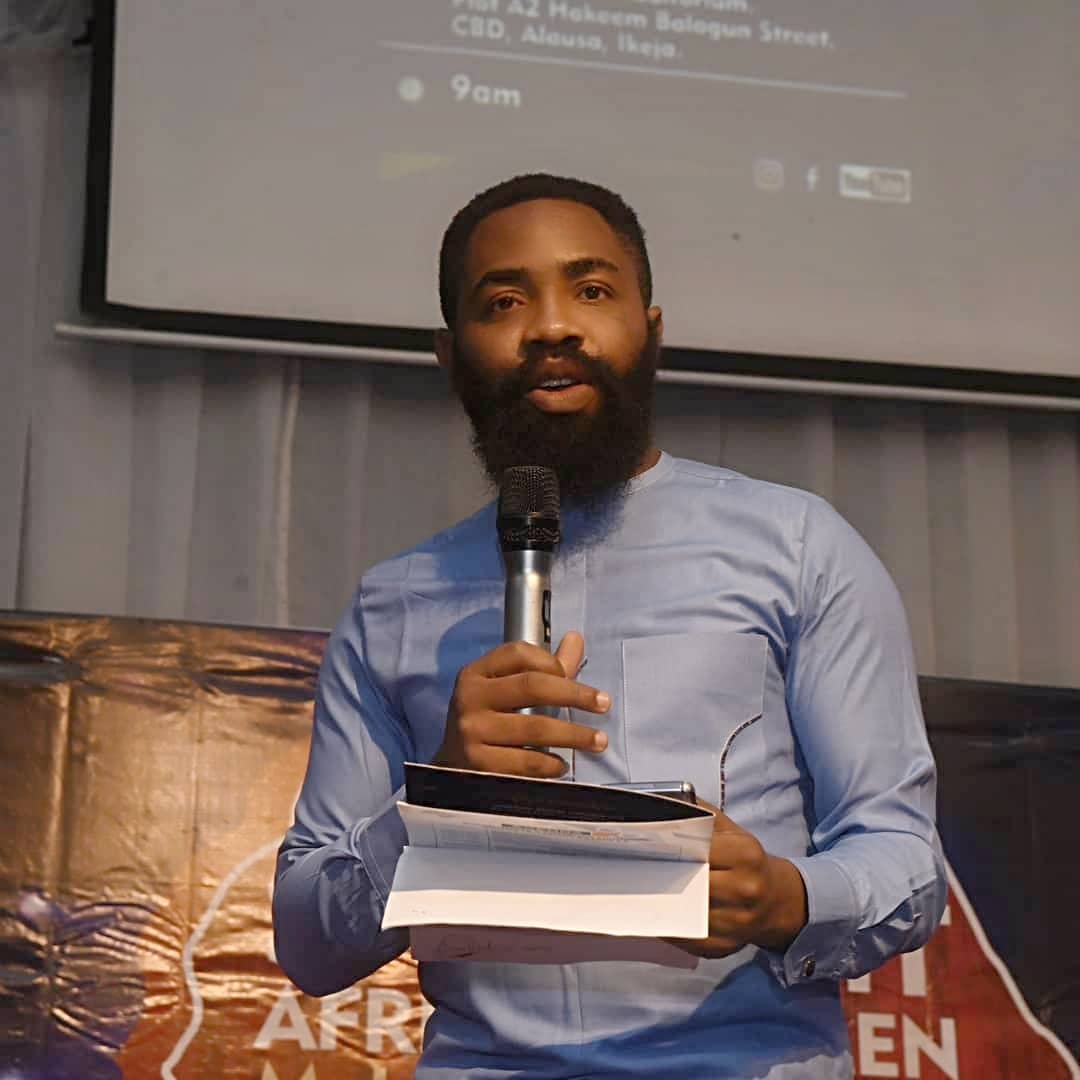