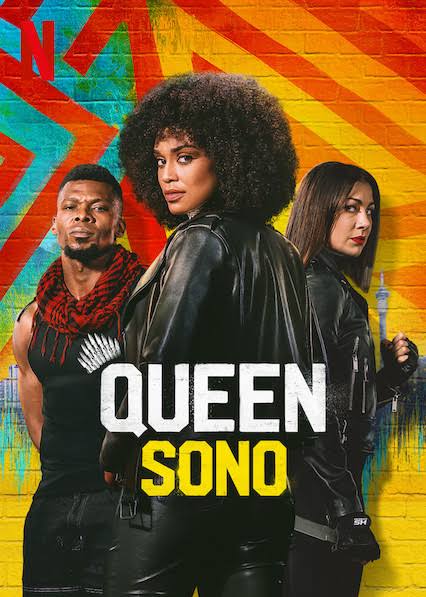 Written and created by comedian Kagiso Lediga, “Queen Sono” sees Pearl Thusi playing the role of an unconventional spy who is devoted to protecting the people of Africa. However, during one of her assignments, she unknowingly uncovers shocking details about her own mother’s death which subsequently leads her on a mission to uncover the truth. The series stars Pearl Thusi alongside VuyoDabula, Chiedza Mhende, Kate Liquorish.

According to South African news outlet Channel24, the renewal was cancelled due to production challenges brought on by the coronavirus pandemic.

Netflix in a statement via Channel24 said:

We’ve made the difficult decision not to move forward with season 2 of Queen Sono. A huge thank you to our fans across the world for the love shared for our first African Original series.

Netflix is also grateful to the amazing efforts shown by cast and crew for their stellar efforts in creating this show for our members around the world. We’ll continue to work closely with South Africa’s creative industry to keep producing more compelling ‘Made-in-South Africa’ stories.

In a statement to Channel24, the lead star, Pearl Thusi, says it was incredible that the team got a once-in-a-lifetime opportunity to make history together as there will “never be another ‘first’ African Netflix original series”. “I’m proud of the work we did, but everything happens for a reason. I am excited about what the future holds,” she added.

Many fans aren’t pleased Netflix about the cancellation.

Am I the only one who think @netflix gave us a lame excuse for cancelling #QueenSono? All other Netflix production are filming as we speak. Ke mang popayi?

We were so ready for the next season. Queen Sono was revolutionary 👌 https://t.co/2faYIeKAxN

I loved Queen Sono because of Africa and Pearl Thusi, anyway.

@Netflix is deciding not to do a second season of Queen Sono! HOW?!?! When they waited yearrrsssss and still greenlit another season of The OA and it was horrendous!!!! whhyyyyyyyy

I actually really enjoyed Queen Sono,there’s still so much room for improvement but the possibilities there are endless!

The backlash on Queen Sono💔I really enjoyed that series, I even watched it twice.I thought the production was spectacular and like always, Kagiso Lediga wrote that mf script with fire on his hands. Like a true king that he is.I’m actually sad they aren’t going to go ahead w S2.