The Grand Opening of Skyfall Oceanfront Club was a Thrill, with Performances from Bella Shmurda, Niniola & 2Face Idibia

The grand opening of Skyfall Oceanfront Club on Sunday, December 6th, 2020 at the Elegushi beach was a wild night embellished with music, dance, fireworks, and theatrics of different artistic displays.

All roads led to the official opening of one of the best party venues in Lagos. There was an array of guests and celebrities in attendance to celebrate the special occasion with Dayo Aderele, the CEO of PTRLifestyle. While it had Nenny B and Manolo Spanky as hosts, and they got guests hyped.

Before the showcase of activities lined up to commemorate the grand opening, Dj Smith ensured guests enjoyed old and new school house party jams. As the night progressed and guests came in their numbers, the club became extravagantly lited with spiral lights displayed on stage.

The first opening act of the night was Seth who thrilled guests with songs off his new single, and this followed with the stagecraft of fire by fire dancers.

Skyfall Oceanfront Club did not falter in its plan to give a total experience of nature, music, art, and entertainment. The club had a cool, calm, and exotic ambiance coupled with a delightfully tasty three-course meal and drinks provided by Ledrop Nigeria, the official drink sponsor of the event.

The marriage between art and entertainment couldn’t be ignored as the rhythm of sound accompanied the rhetoric of artsy performances of beautiful calisthenics dancers and painted male steppers.

The lined-up activities were a delight to behold and a firm assurance of the club’s commitment to delivering exceptional lifestyle entertainment. Niniola, an award-winning songwriter and singer, was the second headline artiste who performed live on stage. She sang hit songs off her albums such as Addicted, Omo Rapala, Maradona, and engaged beautiful ladies present in fun tweaking battles to the excitement of everyone who watched.

While Bella Shmurda gave an electrifying performance of his hit song Cash App with celebrity dancer Poco Lee who graced the dancehall with the mastery of his legs.

Everyone who attended the grand opening of Skyfall Oceanfront Club could attest to the fact the event was planned and executed with precision. While speaking about the excellence that is Skyfall, Wunmi Eruaga, the brand manager mentioned in a statement- “We go at this with no care for the competition. Skyfall is what it is, a premium entertainment, hospitality, and lifestyle space. With each milestone, we plan to reinforce this truth.”

Another highlight of the event was the magnificent entrance of Dayo Aderele, the CEO of PTRlifestyle also referred to as The Ghost. His arrival on stage was regal with fireworks and an accompaniment of ladies in black sexy attires.

His excitement about the extravagant opening of the beach club was contagious and he expressed his appreciation to guests and sponsors for their support and encouraged people never to give up on their dreams or business ideas. “Whatever treasures I find on that route, I hold to myself. While everyone that went with the crowd, fight for their treasure, Skyfall Oceanfront club is my treasure. I went on a lonely route and I made it happen. Thank you for coming out tonight. This is an exceptional lifestyle entertainment-Skyfall come alive in Lagos!” 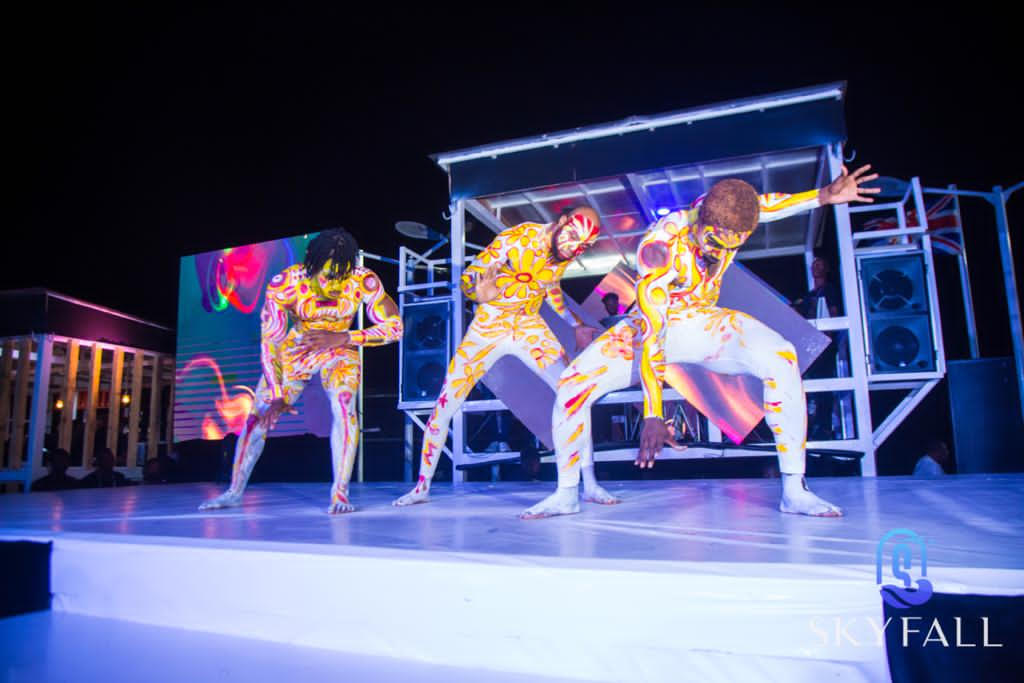 The event was memorable and full of the Detty December vibes as it ended with the superstar performance of Nigerian living music legend 2face Idibia. The crowd went wild as Tuface performed hit songs off his albums, and the implication of his performance had guests wishing the event continued. 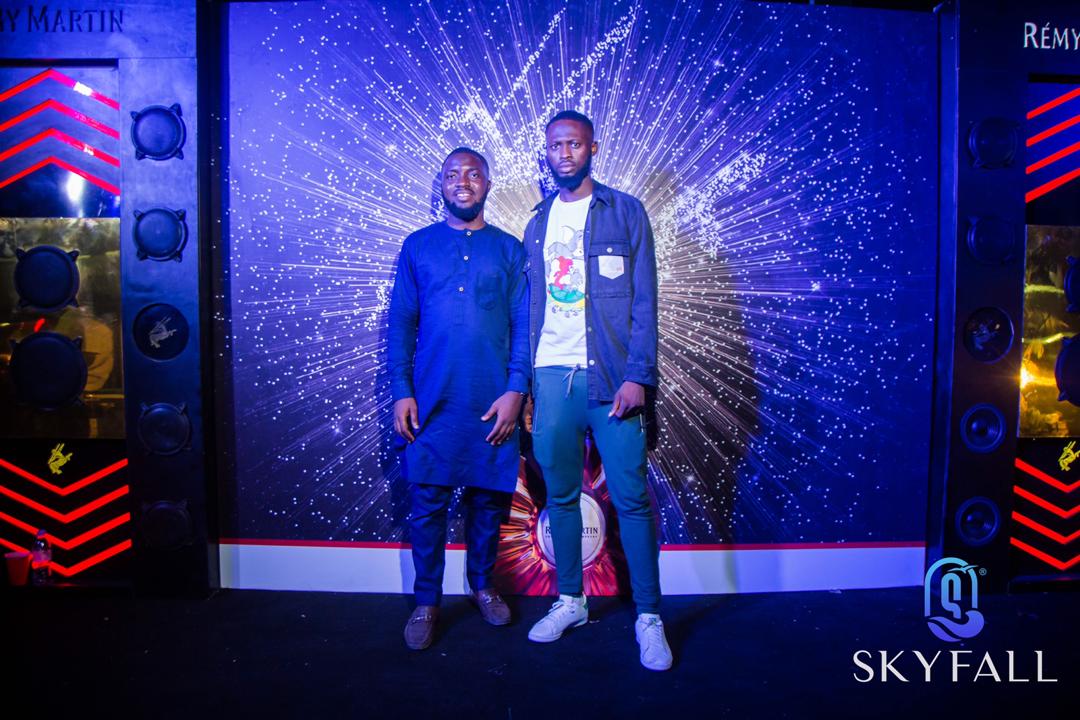 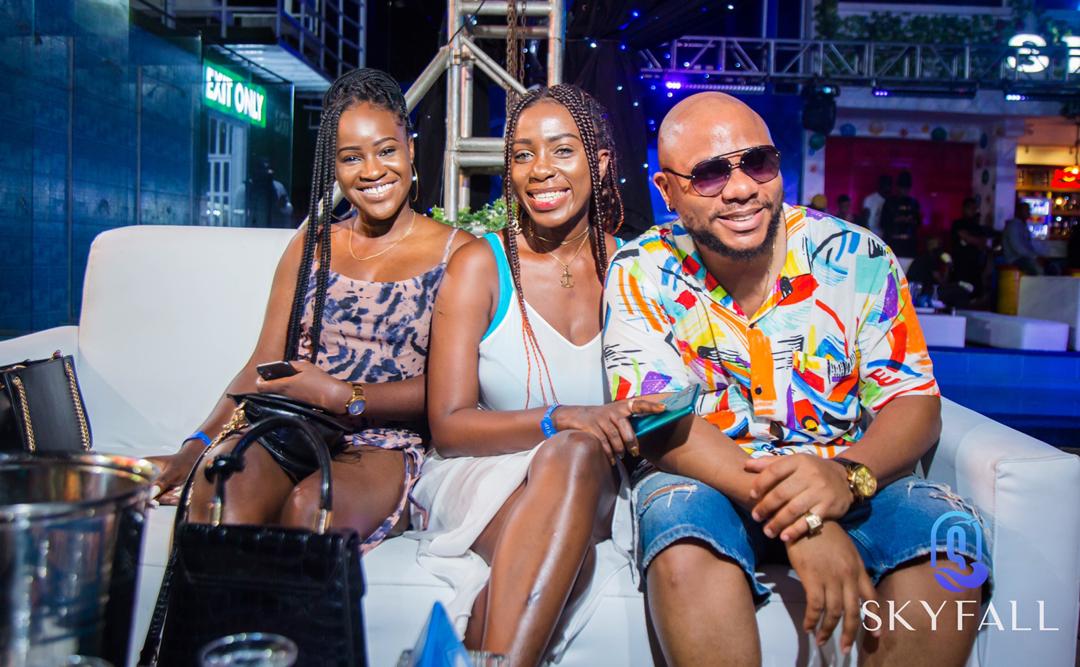