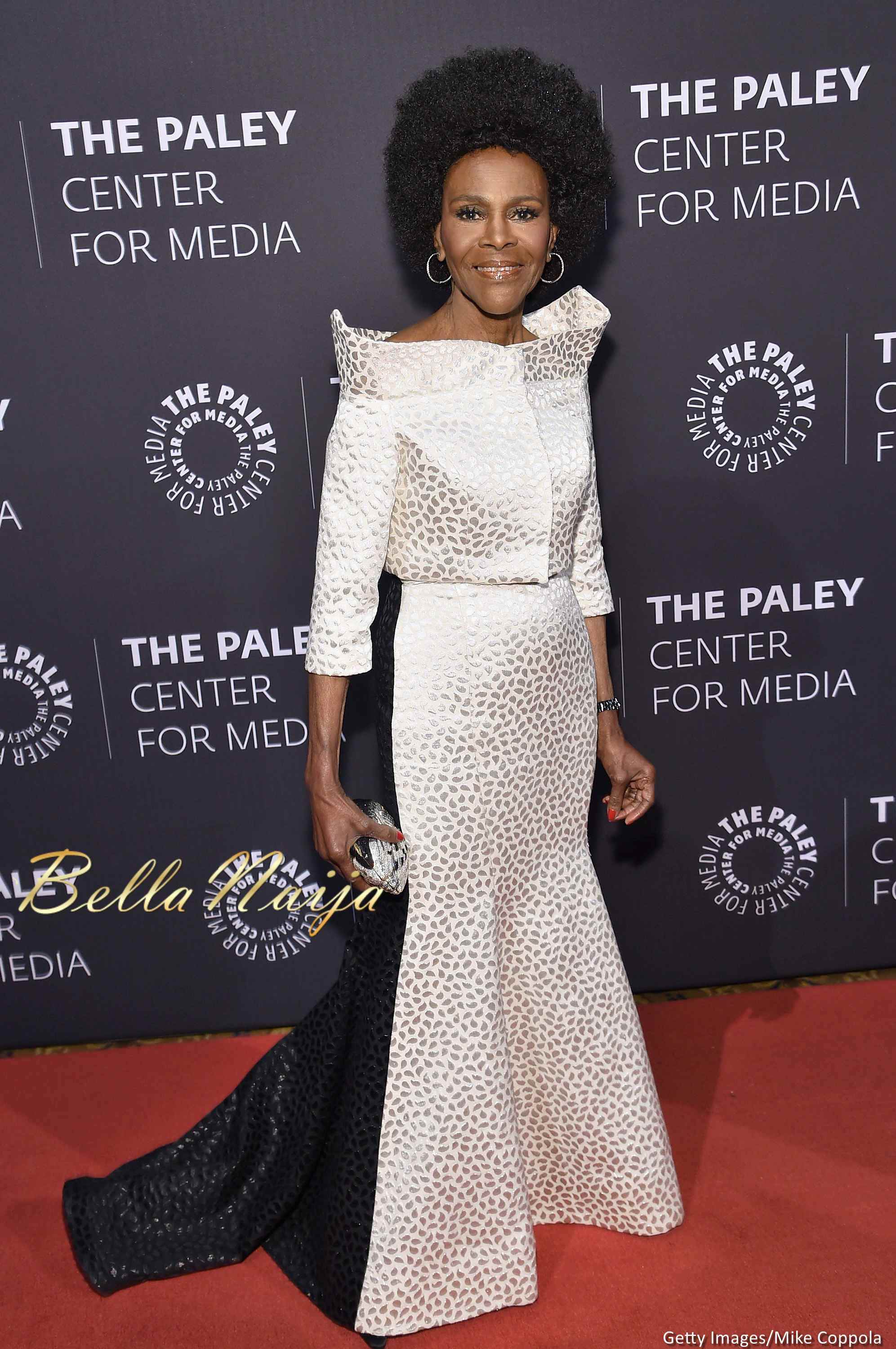 Award-winning actress Cicely Tyson has passed away on Thursday, 28th January 2020. Although a family statement is yet to reveal the cause of her death, her longtime manager Larry Thompson confirmed the news to CNN.

The Hollywood icon was well known for breaking the barriers for black actresses. She raised the bar and held it there. Cicely is the only black woman to receive an honorary Oscar, in 2018. She also won three Emmy Awards out of 15 nominations, among many others.

She featured in movies and TV shows like the 1972 film “Sounder“, “How To Get Away With Murder“, “Madea’s Family Reunion“, “Diary of a Mad Black Woman“, “A Fall from Grace“, to mention a few.

“Just As I Am,” Tyson’s first and only memoir, was published two days before she died. The 400-paged memoir chronicles 96 years of her life well lived. Days before her sad passing, she met up with Gayle King for a socially distanced interview. In the interview for “CBS This Morning“, Cicely talked about her career, memoir, and legacy.

When Gayle asked Cicely at the end of the interview, what she wants to be remembered for, she responded, “I’ve done my best. That’s all.”

I’m heartbroken that Cicely Tyson, one of best representations of strong, graceful and timeless black women is gone. Every time she played a role I watched it with intrigue and keen interest. Talented, poised and regal..She inspired me⭐️ #RIPCicelyTyson pic.twitter.com/OwoYrKzSSJ

Though saddened by legendary actress Cicely Tyson’s exit from the stage of life at 96, we find immense solace in the fact that her life enriched hours in ways we will never forget. Heartfelt condolences to loved ones. #RIPCicelyTyson pic.twitter.com/qtLIldv9ly

She was the personification of beauty, grace, wisdom, and strength, carrying forward a flame that not only guided her for 96 pathbreaking years but lit the way for so many of us.

I’ll miss her dearly, but I smile knowing how many people she inspired, just like me, to walk a little taller, speak a little more freely, and live a little bit more like God intended.

I'm devastated. My heart is just broken. I loved you so much!! You were everything to me! You made me feel loved and seen and valued in a world where there is still a cloak of invisibility for us dark chocolate girls. You gave me permission to dream… https://t.co/7V7AFZtFLa pic.twitter.com/l2TLfM4weX

I was sitting at the table working when I got this overwhelming feeling to watch Miss Jane Pittman. I hadn’t seen the movie in years. I didn’t even understand the feeling to turn it on, but I did anyway. Not 12 minutes into the movie my phone rang… cont: https://t.co/Cnwrw6chXg pic.twitter.com/KwogNifCV8

.@IAmCicelyTyson's iconic beauty may have gotten her noticed at a young age, but it’s her talent that made her the living legend she is. And she’s finally telling her story. I read her memoir #JustAsIAm and now fully understand why she is such a treasure. What a life! pic.twitter.com/MZrCIbXFNP

Hillary and I mourn the passing of Cicely Tyson. She brought complex characters to life with dignity and heart, and humanity and depth, always remaining true to herself. Our thoughts and prayers to all who were inspired and empowered by her performances and extraordinary life.

Honoring the life of the legendary Ms. Cicely Tyson, a queen who graced the world with her beauty, strength and talent. Grateful for her legacy and for the chance to read her unvarnished truth. Rest In Power❤️ pic.twitter.com/To5i88D7ZF

In her extraordinary career, Cicely Tyson was one of the rare award-winning actors whose work on the screen was surpassed only by what she was able to accomplish off of it. She had a heart unlike any other—and for 96 years, she left a mark on the world that few will ever match. pic.twitter.com/JRsL3zlKtP

This one cuts deep. @IAmCicelyTyson was my first screen Mom.. Elegance, warmth, beauty, wisdom, style and abundant grace. She was as regal as they come. An artist of the highest order, I will love her forever… ♥️ RIP pic.twitter.com/69Awj7qI8o

#CicelyTyson This is your story. Your song. Blessed Assurance. It’s what you gave us. A foretaste of glory!❤️ I love this video of you. A spectacular night. A spectacular life. Thank you for blessing us and for lighting way. I miss you already. So so much https://t.co/F73A9k9dT9

So saddened by the loss of Cicely Tyson….A gentle soul, immensely talented and so thoroughly dignified. She brought so much life to the characters she played, and their voices…her voice…will always be with us.

Thank you for your journey Ms. Tyson. For leading the way and showing us how to forge our own paths with character, grace & love. #RIP #CicelyTyson https://t.co/VxJQu876A8

I am saddened to hear of the passing of my friend, Cicely Tyson. She starred in one of my son’s films –– The Road to Galveston.

Her talent was phenomenal & a hallmark of Black entertainment & culture. She opened doors for the many who followed her. She will be deeply missed. pic.twitter.com/HY3jitgJ6A

I remember when I was a Black boy in Toronto, fresh from Barbados, regularly chased around the schoolyard by racist kids. Seeing a family on screen that looked like mine was a rare, precious thing. Cicely Tyson reflected our pride and our fire back at us when we needed it most.?? pic.twitter.com/wPHanO2MHx

We send our sincerest condolences to all those who knew and loved Cicely Tyson.