Have You been Keeping up with 'Jollof With Me' with Nancy Isime on DStv? 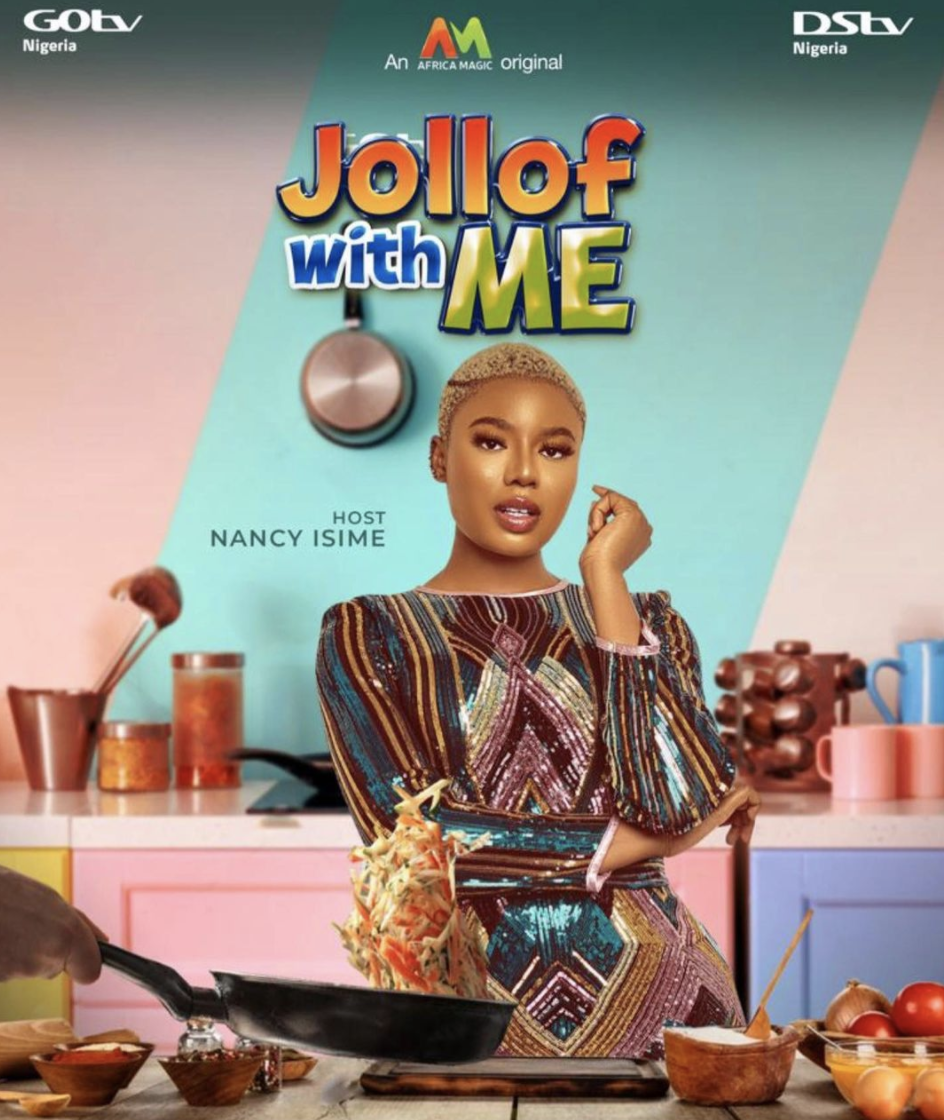 From celebrity guests to juicy conversations, fashion, and the best of Nigerian cuisine, the TV girl is killing it on Jollof With Me.

Nancy and Basketmouth’s very engaging but light-hearted conversation saw Basketmouth make several revelations about his journey to becoming one of the most popular and celebrated personalities out of Africa.

In the second episode, we saw Mr. P as we’ve never seen him before. The singer shared intimate details about the feud with his brother; as well as his relationship with his wife and what growing up in the North was like for him.

In episode 3, IK Osakioduwa took us on a journey from his first day on the job as a radio host to now owning his radio station.

Nancy sits with fast-rising star Joeboy in episode 4 where he spills the tea on how he worked in a pure water factory before his rise to fame, what his plans are, and his relationship status.

In the fifth episode, we were blessed with not one but two superstar guests – Waje and Omawumi. No one makes friendship look as good as Waje and Omawumi do. From sharing their wins and success stories, the synergy and lit vibes they brought to the show made it all the more fun.

Episode 6 brought the hunks of BBNaija Neo and Ike to the TV screens again. Nancy drilled the two BBN stars on what they got up to after their time in BBNaija, the competition, beef and fan wars that exist outside Biggie’s House, and many more.