Introducing the New Vivo V20: With its Exceptional Qualities, Now You can #Bethefocus

Almost two months after launch, and Vivo’s flagship V20 device is still widely spoken about as the latest standard for smartphones within its price range. The V20 which doubles as the latest addition to the V-series family is such a beauty to behold, thanks to its sleek nature and of course an overall unique design.

Having a stylish and sleek exterior design isn’t enough, the 8th generation V-series also introduces newer technologies including an upgraded camera-system, AG glass technology, Ultra-fast charging capacity among others. Additionally, the V20 just like its predecessor is also outstanding for its enhanced photography, thanks to the specially-equipped 44MP eye autofocus front camera which was previously dubbed as a “superior selfie camera.”

Guess what? The camera isn’t the main focus here, but you. You only have to experience the device and watch you #bethefocus.

Before that aspect of the review, here is a brief tour of what to expect when you own a V20 device.

Except you think otherwise, a user’s first impression about a device often starts from the design, however, in most cases, the device’s functionality determines whether you will hold on to the device. In this case, the V20 possesses an overall vibrant design, thanks to the sleekness of the device which measures just 0.29-inches in thickness, 161.3mm in length, and 74.2mm in width. 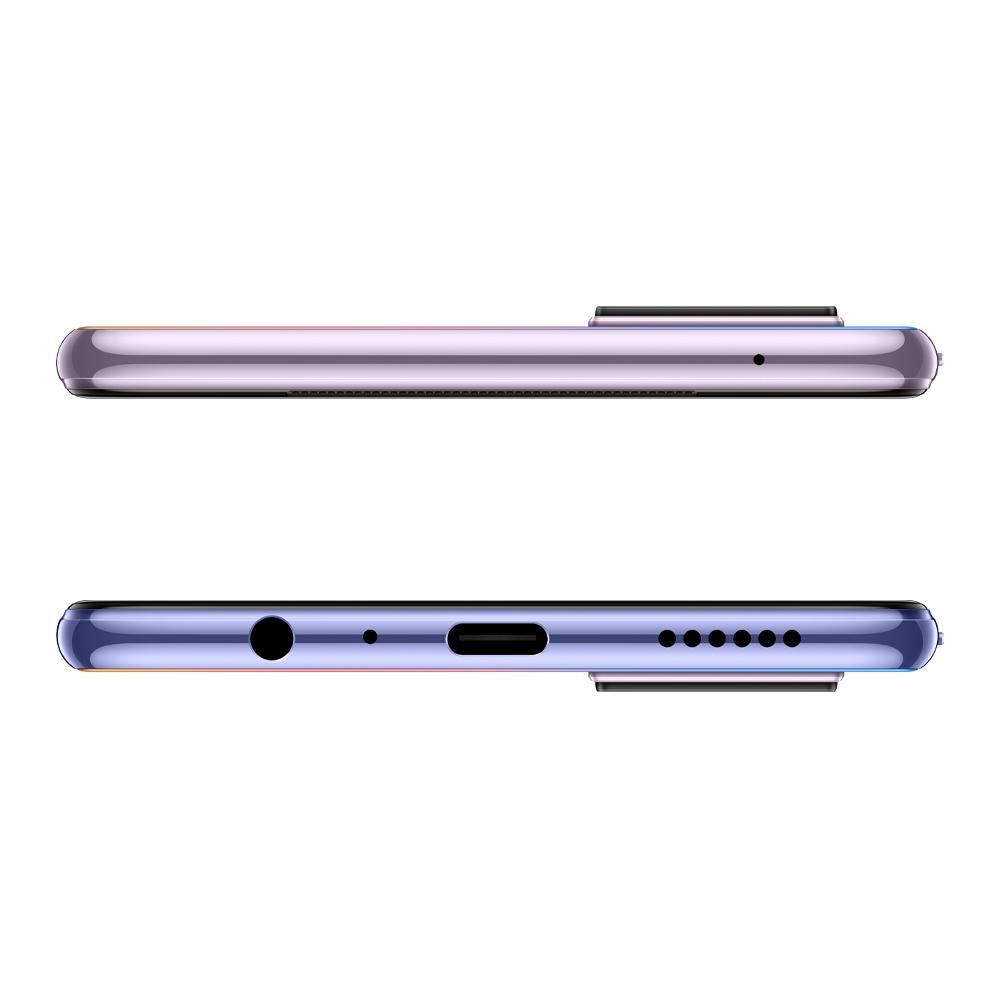 Overall, the device isn’t too big in terms of size, and more importantly, it is quite easy to hold/grip in the hand.

Aside from its sleek nature, the V20 also features for the first time on a V-series flagship device, what the company calls AG glass technology at the back of the device. If you are wondering, the AG glass technology is a chemical-based surface treatment applied directly on the surface of glass, giving it an anti-glare effect under certain conditions like sunlight.

Still on the design, the V20 device sports a triple rear camera setup (coupled with a dual flashlight) which is slightly protruding from the main body of the phone. 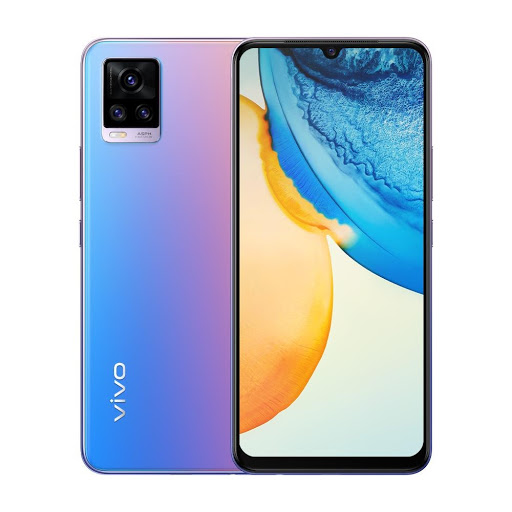 However, the shining nature of the camera frame wouldn’t make that obvious, except you place the device on a flat surface. At the front of the device lies a central notch display with a not-so-tiny bezel which is quite a significant shift from what we had on the preceding V-series.

As for the other physical features of the V20, there are just three physical buttons – the power button, and the two-volume keys, all of which are positioned on the right side of the device. There is a SIM Card and SD Card ejectable slot by the left side of the device, while other essentials like the Type-C charging port, mouthpiece, and Speaker grill are all lined up at the bottom of V20.

The display sports a 44MP eye autofocus lens at the center of the notch, and boasts of a screen resolution of 2400 X 1080 FHD+. 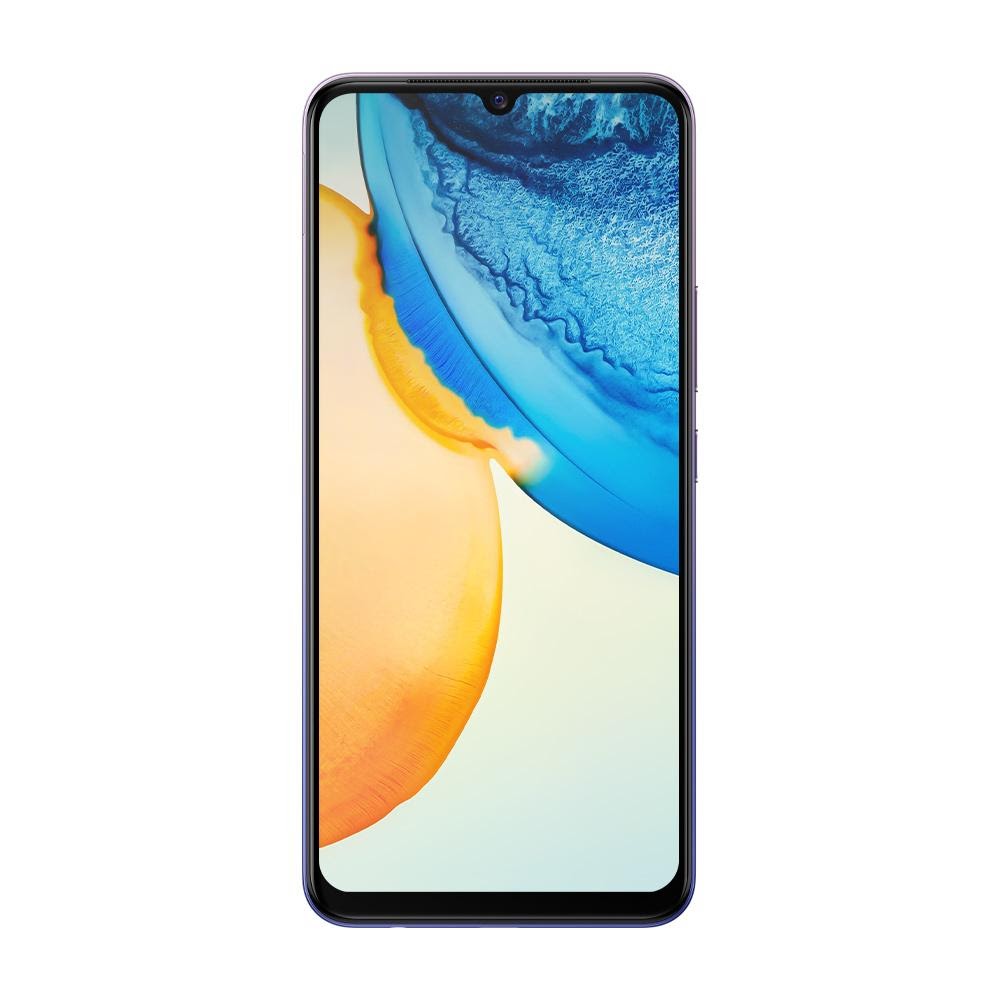 Digging deeper into functionality, the V20 has a screen refresh rate (SRR) of 60Hz which is not the highest in the mobile market. Regardless, the utilized SRR is still a competitive one for a device within its price range, especially considering that the device is built on a stronger chipset.

Another interesting thing about the display is the quality of the output which has a whitish and bluish color temperature by default. Interestingly, this output can be adjusted to achieve a tad oversaturated, punchy color.

The main highlight of the V20 is the camera build which according to various industry experts is “appropriate for lifestyle photography.” The device features a triple rare camera setup consisting of 64MP f/1.89 +8MP f/2.2 (Super Wide-Angle/Super Macro/Bokeh) + 2MP f/2.4 (Mono).

At the front of the device, vivo featured a unique 44MP eye autofocus camera which doubles as one of the peak selling points of the V20.

True to the hype, the output of the V20 cameras are spectacular, and this is evident in the vibrant nature of the pictures taken on the device.

On the contrary, the V20 isn’t all that perfect in terms of camera output as it misses the gimbal camera hardware as spotted on the X50 series, however, leverages this omission with the inclusion of the company’s default image processing software. More on the camera aspect, the V20 boasts of a lot of modes and image-enhancing features, including Super Night mode, Dynamic sky mode, HDR, 4K mode among others. 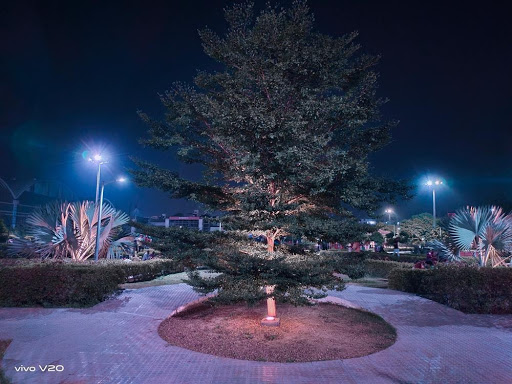 After trying out the different Auto Focus modes which are definitely the highlight of the camera, it isn’t too much to say vivo meant well for photography lovers. The Motion AF for instance when in use stayed focused on the subject (in this case a dog) as it sprints around the corridor.

The Eye AR and Body AF also worked impressively, leaving me to wonder how far vivo has improved in just a year apart. Another interesting aspect of the V20 camera function is the ability to shoot 4K videos using both front and rear camera, something that is rare to come by on other devices within its price range.

Overall, the V20 camera is built for a dynamic purpose, and it didn’t fall short of expectation, especially when comparing to its predecessor, the V19.

As stated earlier, the V20 is all about the user; being the center of attraction, and this is very evident in the kind of pictures and videos taken on the device.

Be it with the rare camera or the front camera, users can be rest assured of getting the best out of the devices’ amazingly brilliant camera setups. Below are some beautiful shots taken by the V20 device’s camera; here, you can be the judge for yourself. 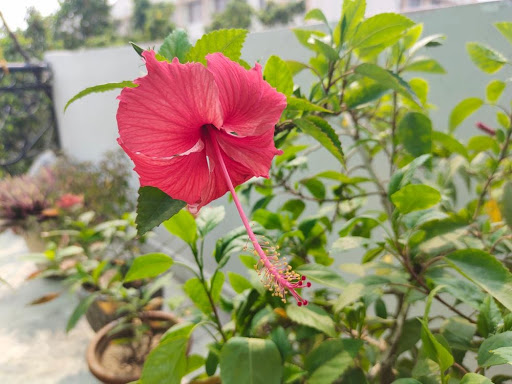 For its price range, the V20 delivers a great performance that could compete pretty well on a large scale.

The device operates on the latest Android 11-based Funtouch OS which is built on a Qualcomm Snapdragon 720G Octa-core platform (chipset), one of the fastest mid-range ARM-based SoC you will come across in recent time. With this powerful system in place, the device is capable of not only multitasking but also handling tedious tasks like shooting or editing of 4K video, 4K games among others.

As far as performance is concerned, the V20 is certainly a deal-breaker, especially for its price range.

App loading speed was quite fast, while multi-tasking is seamless, and more interestingly, multiple apps can run in the background without the device resulting in nagging or slowing down in pace. The reason for this isn’t strange at all as the device can achieve a maximum CPU clock rate of 2,300GHz, something that is hard to come by on most devices within its price range. In comparison, this isn’t the fastest device in the mobile market, however, it is quite a deal-breaker for a smartphone within its price range.

In terms of software, the V20 comes with the company’s default Funtouch 11 OS based on the latest Android 11 OS. Being a company-built software, the Funtouch OS introduces a unique, minimalistic, and outstanding interface on the V20 device. The software features a lot of details that are hard to come by on most of the Android devices out there, and most importantly, it comes even more refined than ever. 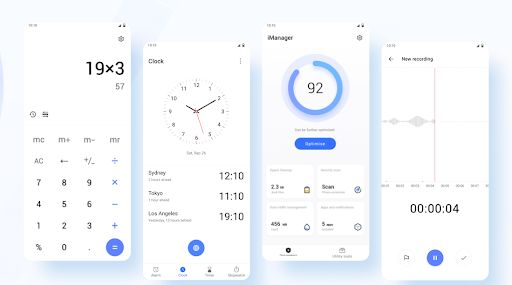 Some of the highlight of the V20 software is vivo’s adoption of a replica layout from some of the earliest Android 11 OS unique features.

Things like engraving the smart home dashboard on the power menu; pinning apps in the share menu; notification history and so on, are some of the new experience to explore on the V20.

While a lot of changes were made on the smartphone’s interface, vivo still managed to retain the custom-built dialer instead of adopting that of Google which is widely used by rival devices.

Overall, the V20’s custom-built software isn’t a bad choice as it maintains a top-notch standard that is mostly found amongst top-tier device.

Although the V20 is built to handle tough task, it does not come with a corresponding battery capacity as it is powered by a Li-Po 4,000 mAh battery.

However, the device leveraged on the 33W charging capacity to fill the shortcoming in terms of battery capacity which is not entirely as superior as one would expect. 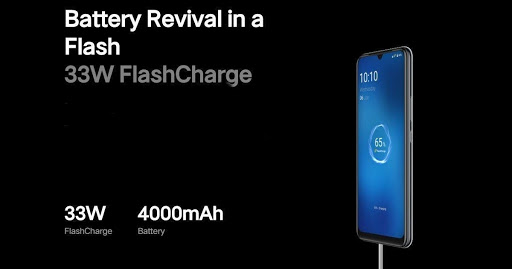 Some of the highlights of the V20 software is vivo’s adoption of a replica layout from some of the earliest Android 11 OS unique features.  Things like engraving the smart home dashboard on the power menu; pinning apps in the share menu; notification history and so on, are some of the new experiences to explore on the V20.

While a lot of changes were made on the smartphone’s interface, vivo still managed to retain the custom-built dialer instead of adopting that of Google which is widely used by rival devices. Overall, the V20’s custom-built software isn’t a bad choice as it maintains a top-notch standard that is mostly found amongst top-tier devices.

Although the V20 is built to handle tough tasks, it does not come with a corresponding battery capacity as it is powered by a Li-Po 4,000 mAh battery.

However, the device leveraged the 33W charging capacity to fill the shortcoming in terms of battery capacity which is not entirely as superior as one would expect.

Malta Guinness Celebrates the Resilience of Nigerians in the #MaltaJourneyToGreatness