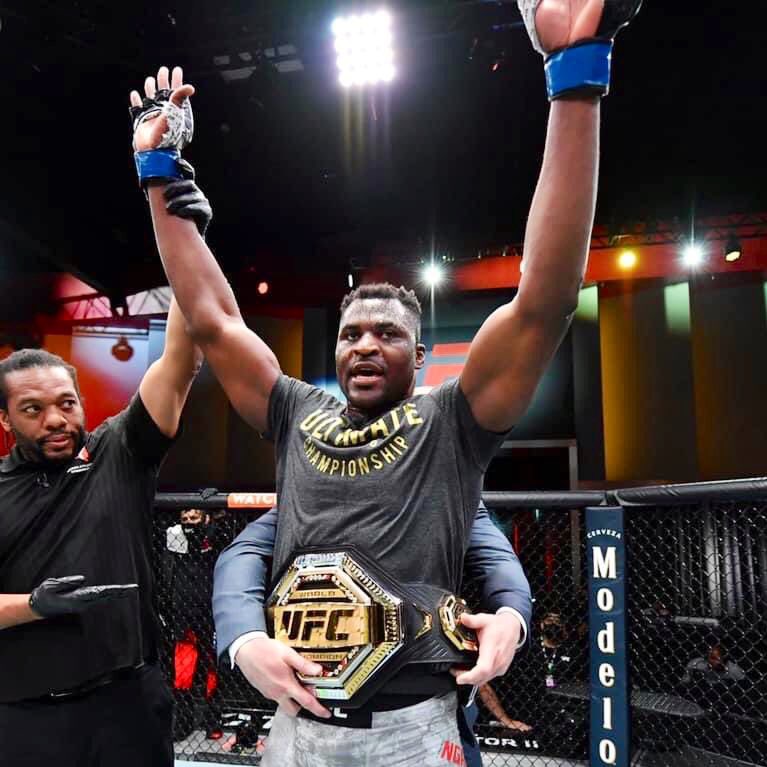 Congratulations are in order for Cameroonian mixed martial artist Francis Ngannou who earned the UFC Heavyweight Champion title at the UFC 260 in Las Vegas after knocking out Stipe Miocic on Saturday.

Francis’ win makes him number 13 in the UFC men’s pound-for-pound rankings and also completes his lifelong mission of becoming a champion boxer.

Francis, who left Cameroon for Paris at a young age quit professional boxing for mixed martial arts after his former coach Fernand Lopez convinced him to switch focus in November 2013.

Following his win, Francis declared is readiness to face the acclaimed best pound-for-pound fighter, Jon Jones, who many expect to challenge for the title later this year. Francis said,

For my opinion, Jon Jones is the greatest of all time in mixed martial arts. Him moving up is going to be a good thing.

He’s a challenge I will take and it will be a very good thing on the resume. But this time he is the challenger. I am the champ. He’s coming up, looking for me.

So I’m ready any time soon. Even summer, I will be here, ready to fight in July or August. Whenever they are ready, I’m ready. He said something, ‘Show me the money’. Show the money and we’ll go, baby. I’m here.

#BNWeekInReview: Catch Up on the Top Stories You Missed on BellaNaija This Week