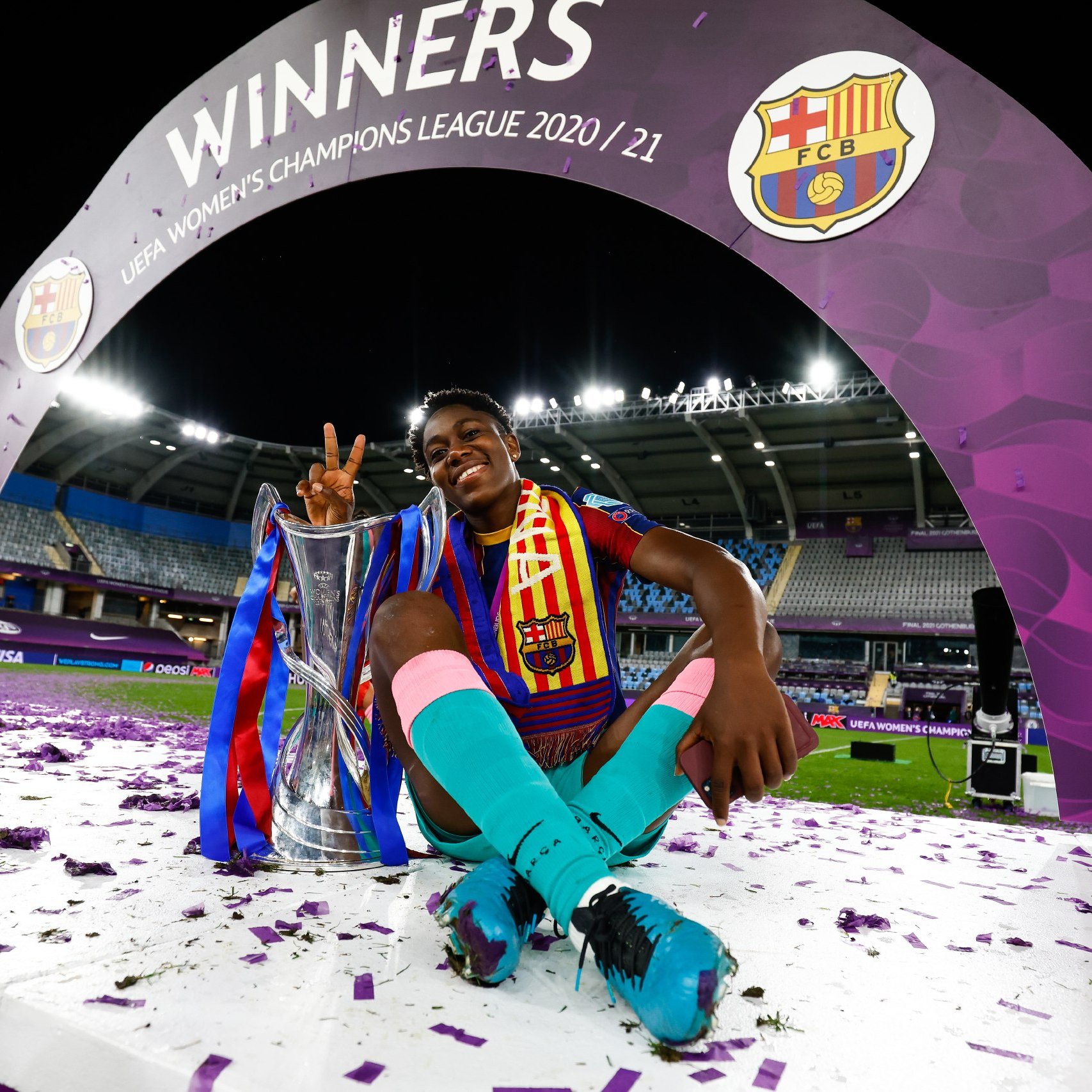 Congratulations to Asisat Oshoala, the captain of the Nigerian SuperFalcons, for being the first Nigerian and African woman to win the Champions League Cup with the Barcelona women’s team.

Barcelona beat Chelsea 4-0 in the final of the 2020-21 edition, with the 26-year-old striker coming on in the 71st minute. In the closing stages of the match, the four-time African Women’s Footballer of the Year added a fifth goal, but her strike was disallowed due to her being offside.

“It was very important not to make the mistakes of the past [4-1 loss to Lyon] but to learn from it,” Oshoala told BBC Sport Africa.

I can only thank God who has made everything possible through sheer hard work, by playing alongside this incredibly talented group that creates a lovely family atmosphere. It’s is a great feeling and I can’t really put my emotions into words because it has been a tough journey to get here.

I hope this will continue to inspire other young girls in Africa and motivate everyone around the world that you can achieve whatever you put your mind to and work hard for it.

This follows the FA Cup triumphs of Kelechi Iheanacho and Wilfred Ndidi.

What a weekend for Nigerian football.