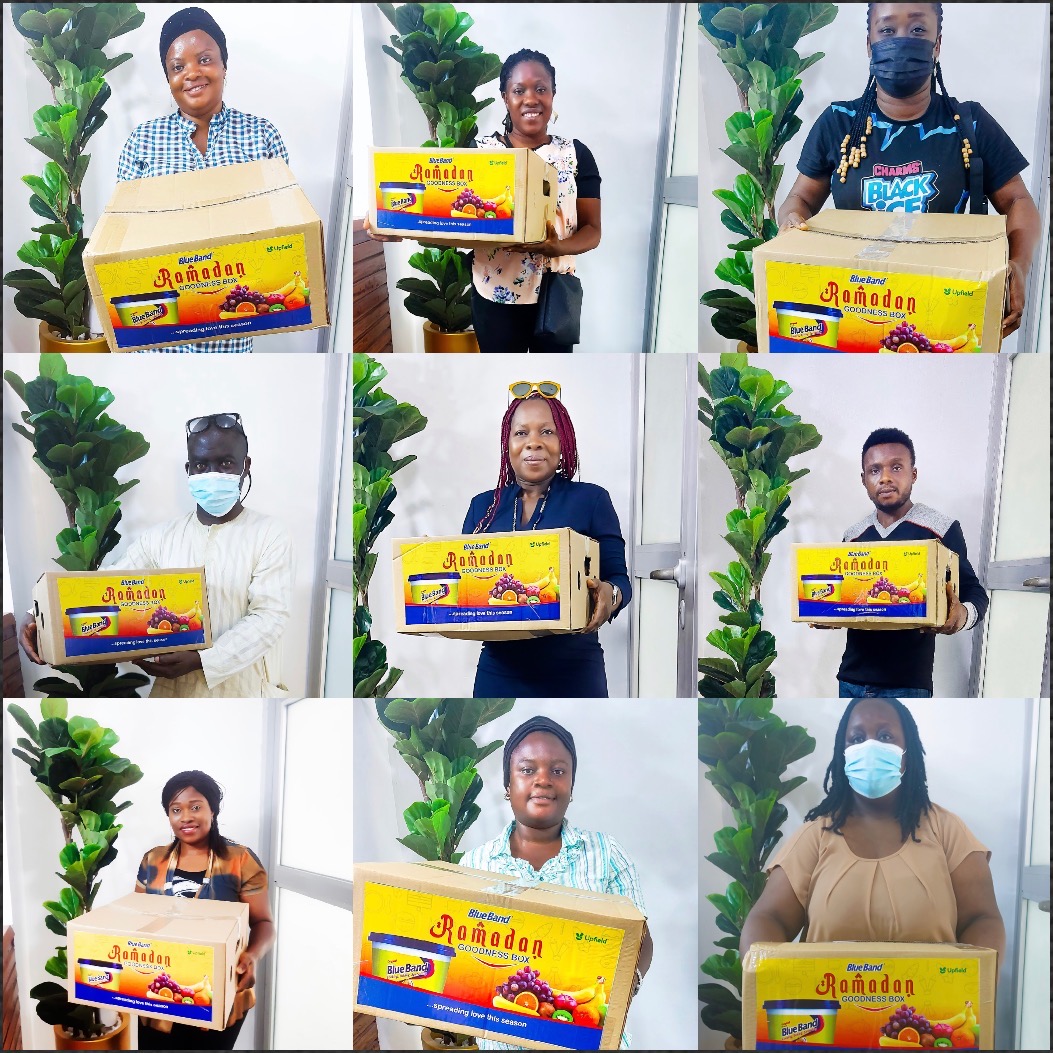 For Muslim faithfuls all over the world, the holy month of Ramadan is not only marked with prayer, piety, and good deeds, it is also a period for spreading goodness and love.

In line with this season of sharing, Blue Band rolled out the #BBRamadanGoodness Campaign in Nigeria which aimed at promoting nutritious and healthy eating habits during Ramadan.

As part of the campaign, the Blue Band Cookhouse Series which was launched last year, featured Chefs such as Halima Zawiya and The Kitchen Muse sharing various tasty and nutritious recipes prepared with Blue Band for optimum nourishment during Suhoor and Iftar.

The campaign also encouraged consumers to develop good eating habits and stay healthy throughout the fasting period and beyond.

Blue Band engaged its audiences during the campaign by tasking them to recreate the Chefs’ recipes for a chance to be rewarded with the Blue Band Goodness box. 25 families were selected and rewarded with BB Ramadan goodness boxes of healthy fruits, vegetables and Blue Band delivered to their homes!

More and more people are benefiting from the tasty, nutritious, and easy-to-make recipes shared by Blue Band across their social media platforms on YouTube, Facebook and Instagram.
Click here to watch the full recipe videos

1999 Constitution: to Change or Amend? Join The Fix Politics Dialogues Today | May 24th