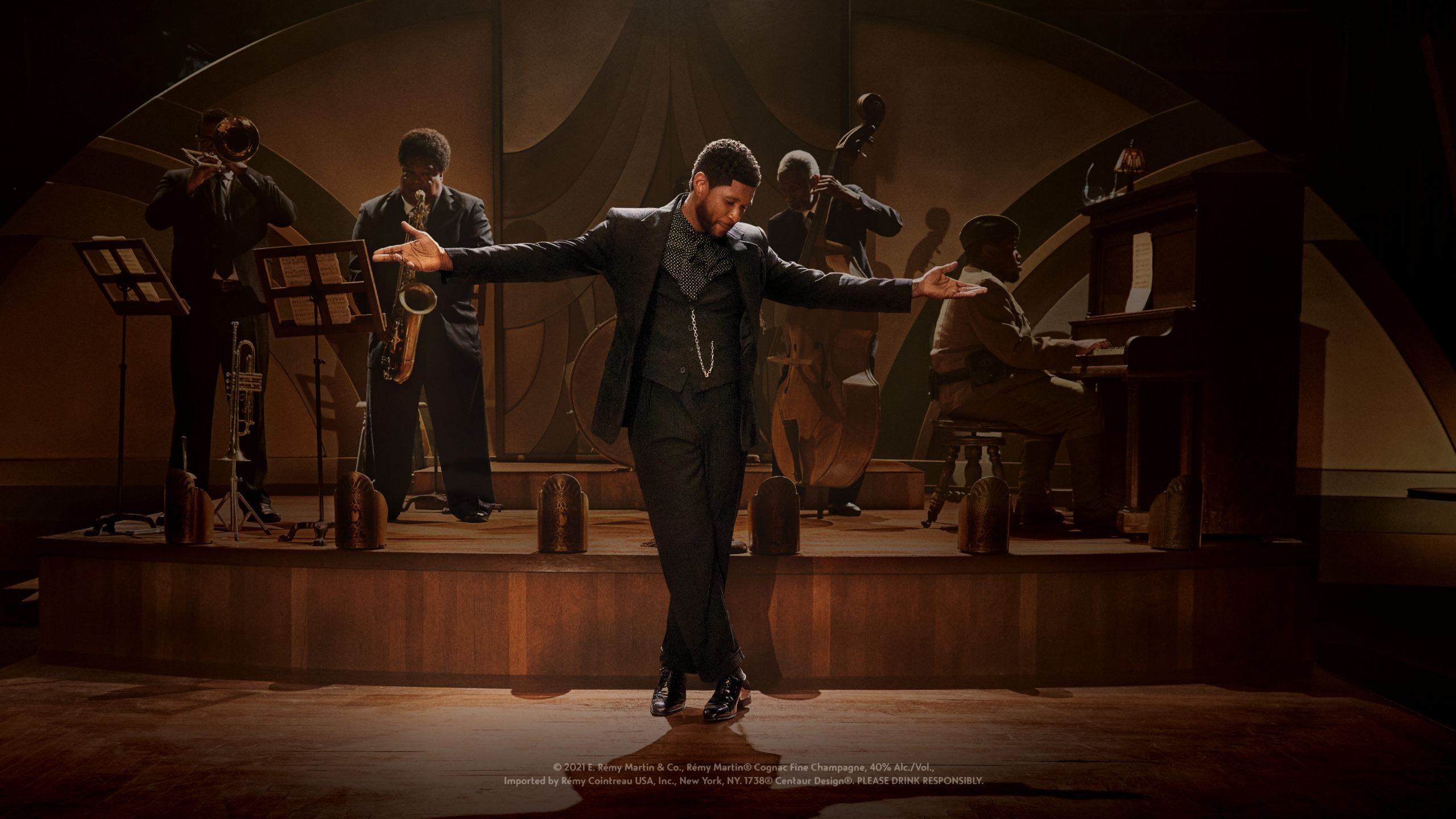 Rémy Martin announces a collaborative new campaign with multi‐Grammy award-winning musical artist, Usher to celebrate the harmonious blending of two cultures of timeless excellence: Music and Cognac.
“Team Up For Excellence- The Film” highlights the cultural connection between Cognac and American music since 1917 in France, and how the two have been synonymous ever since. 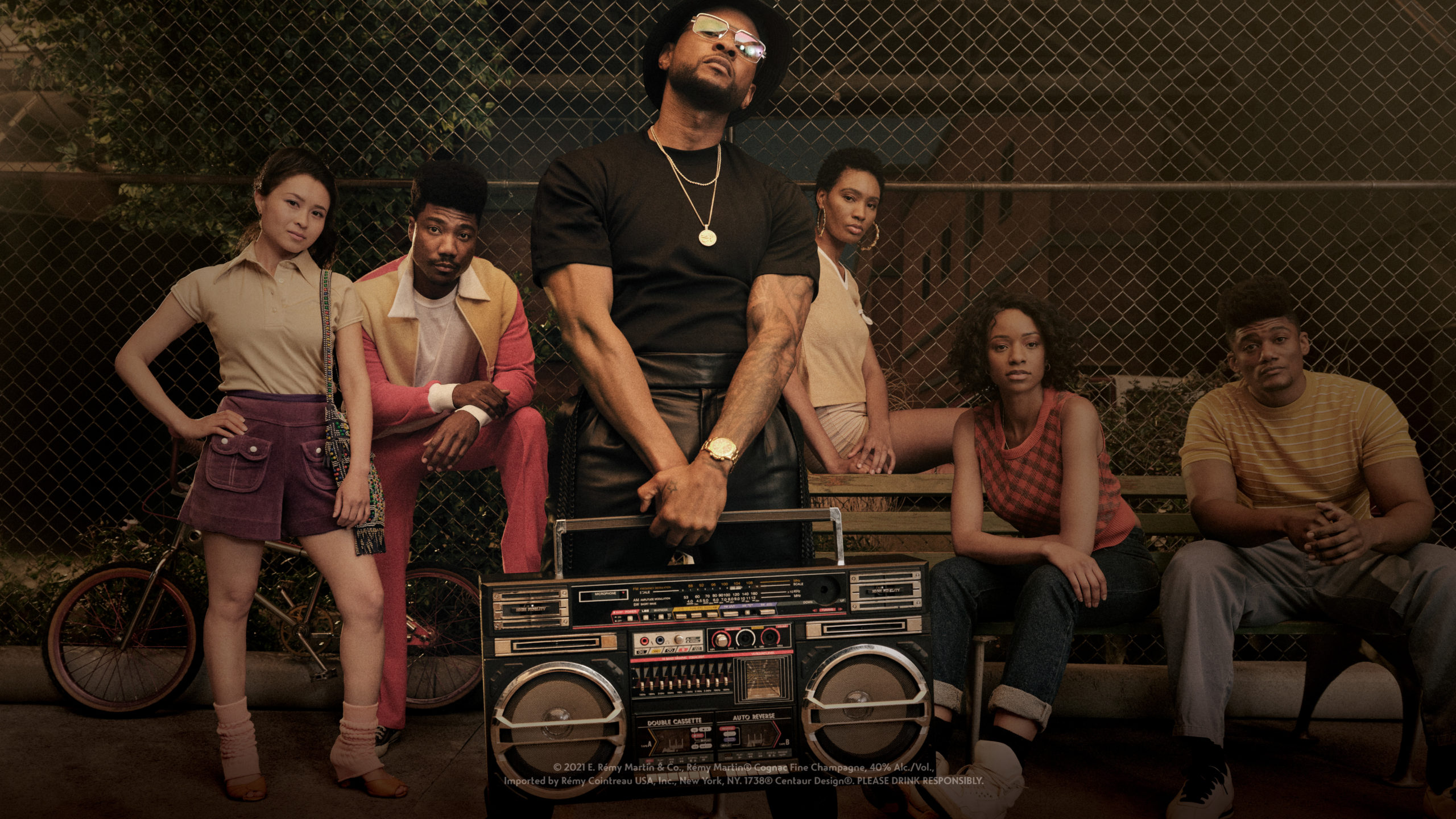 In the Film imagined in collaboration with FRED & FARID New York, Usher narrates a story spanning the decades from the 1920s
to the present day, which pays tribute to the multi‐cultural connections, celebrated styles, and rhythms of the past.
From Blues to Hip‐Hop, Swing Dancing to Break‐Dancing; Usher and Rémy Martin®1738 Accord Royal travel through decades in France and the US, to honor these cultural figures; both rooted in a shared philosophy of aiming for the stars. 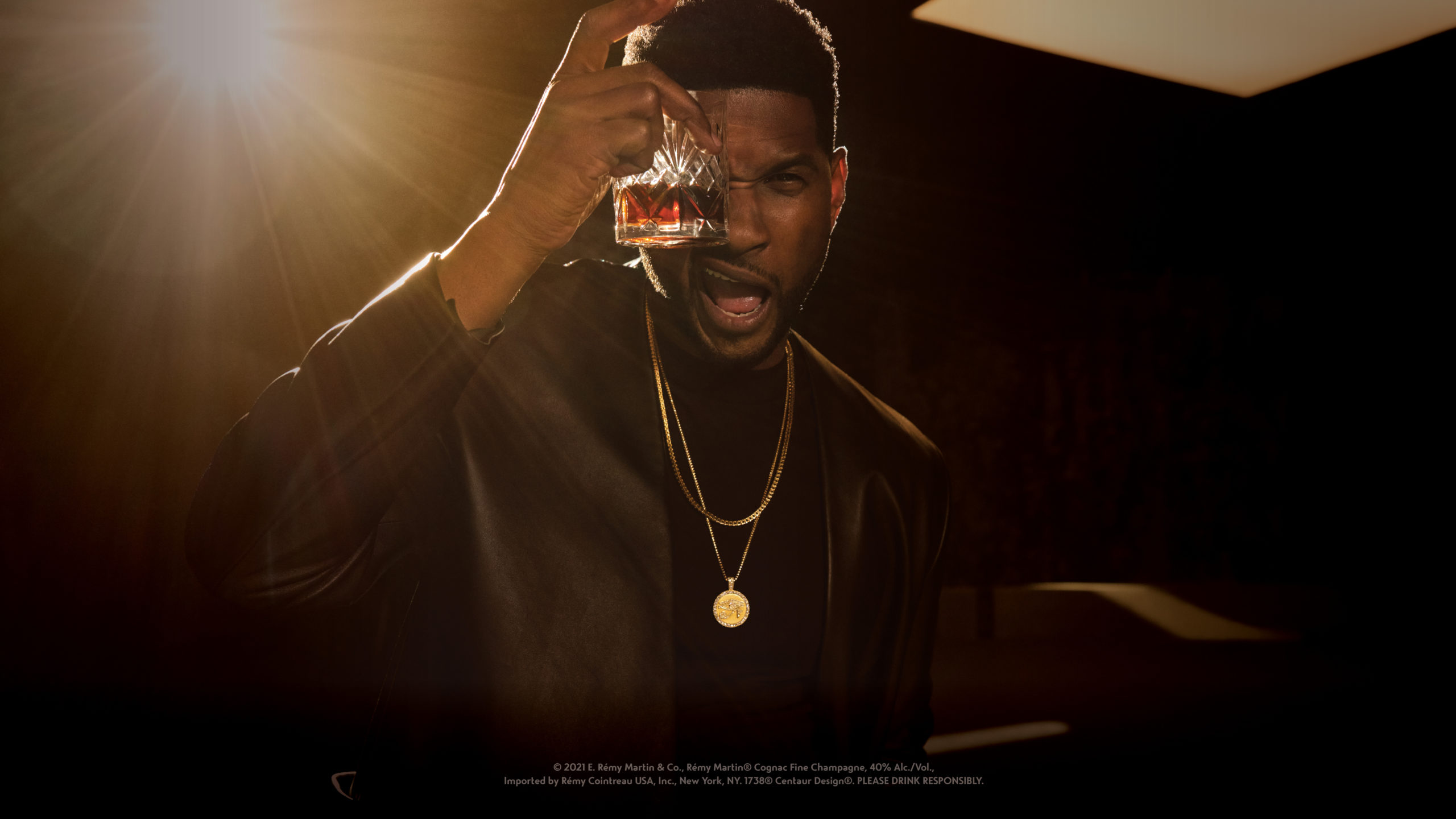 “Music doesn’t need Cognac to exist, and Cognac doesn’t need Music to exist,” states Usher,
“but what is beautiful is that they were meant to meet and when they did, they created cultural harmony.”

Teaming up with Usher and Rémy Martin, are globally recognized creatives including

“I was really inspired by creating the historical music scenes in a way that felt true to the spirit of that moment, but also relevant and eye‐catching to a young contemporary audience,” states Jake Nava,
“This dual priority informed my direction of all the music, dance and Usher’s performance.”

The heart and soul of cultural movements throughout history paved the way for future artists to innovate while paying homage
to their roots and the musical styles that came before them.

The same respect for heritage is honored by Rémy Martin and Cellar Master, Baptiste Loiseau, who has inherited the savoir‐faire of the House from previous generations of cellar masters. Through this transmission of knowledge, Rémy Martin®1738 Accord Royal continues to encompass the spirit of celebrating the depth of character and the excitement of indulging in moments of collective success.

Historically, Rémy Martin and Usher teamed up during his 2010 “OMG” world tour, where the Cognac brand was the official sponsor of after-parties across the United States, Canada, and Europe. Additionally, Usher co‐hosted the launch dinner for the Producer Series with Jermaine Dupri in 2018.

“Team Up For Excellence – The Film is a monumental artistic achievement stemming from our collaboration and long‐standing relationship with our trusted creative global agency, FRED & FARID,” said Philippe Farnier, Chief Executive Officer for The House of Rémy Martin.

“We celebrate this performance between our brand, creative agency and artist Usher. At Rémy Martin, we team up with those sharing our same quest for excellence, rooted in our values of people, terroir and time.”

For almost 300 years, the story of Rémy Martin has been one of family, partners and collective success. Teamwork has always
been at the heart of the brand, passing the spirit of collaboration on to younger generations. The desire to team up with others in
a quest for excellence has been a part of the Rémy Martin ethos since 1724, with the constant dedication to creating premium
Cognac.

To continually go further and aspire to achieve more is a reflection of the Centaur, Rémy Martin’s brand figurehead for 150 years. Following the launch in the United States, the short film will be screened and showcased globally.