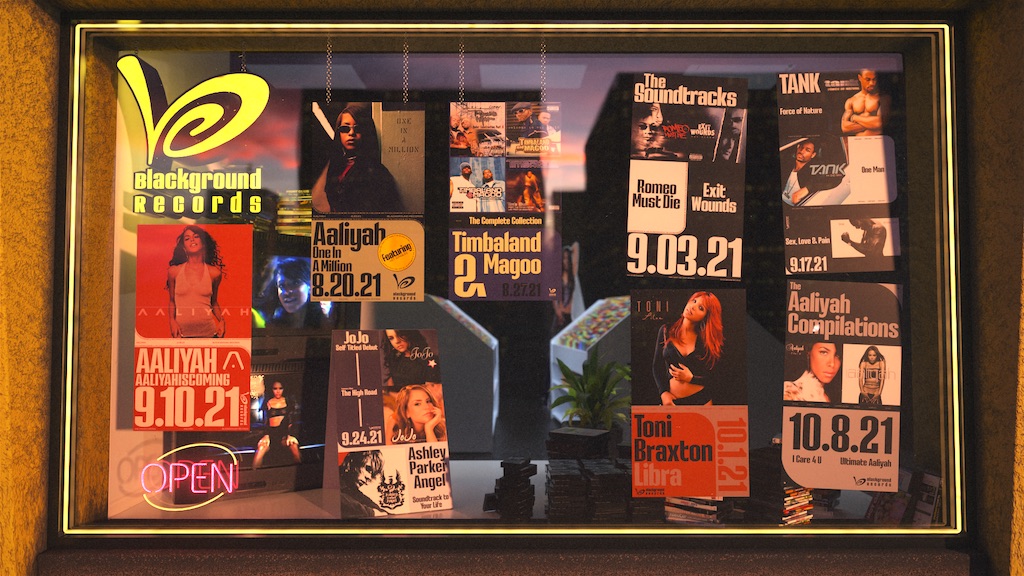 The catalogue will be released in near chronological order, encouraging fans and listeners to enjoy and relive the music as it was originally released. The entire catalogue will feature 17 official albums. Some of the most notable discography from the catalogue will include both of Aaliyah’s 2x-platinum-selling albums One in a Million and ΛΛLIYΛH, along with her I Care 4 U and Ultimate Aaliyah compilation albums.

Fans will also be able to listen to the soundtracks from the hit movies Exit Wounds and Romeo Must Die. In addition, the catalogue is also set to feature legendary rap duo Timbaland & Magoo albums Welcome To Our World, Indecent Proposal, Under Construction: Part II, and Timbaland’s own album, Tim’s Bio: Life From Da Basement. Also, R&B singer Toni Braxton’s Libra album, R&B crooner Tank’s Force of Nature, One Man, and Sex, Love & Pain albums, Jojo’s The High Road album and self-titled album JoJo, and the only album from Ashley Parker Angel, Soundtrack To Your Life.

Founded by Barry and Jomo Hankerson and initially launched in 1993, Blackground Records became a staple name in music and pop culture in the 1990s and early 2000s with Hankerson’s expert ear for artist development that would evolve into prolific careers for the aforementioned artists. Over the years, Blackground Records sold millions of records, had ten Top 10 Billboard 200 albums and won countless awards. Now, as Blackground Records 2.0, Hankerson plans to continue their undeniable impact on pop culture.

“Blackground Records has always been about independence and ownership,” says Barry Hankerson.
“From day one, we set out to shake up the music industry and partnering with a company like EMPIRE
continues that legacy. This is Blackground Records 2.0.”

As part of the re-release of the Blackground Records catalogue, Hankerson will launch a new social, audio and video entertainment platform called Music360. Further information on this new platform will be shared in the coming weeks.

Your Thursday Night is Now Fully Booked! Here’s Why Medusa Lagos is the Place to Be

Get Ready to Live it Up with Medplus! Join the 30 Days Wellness Challenge