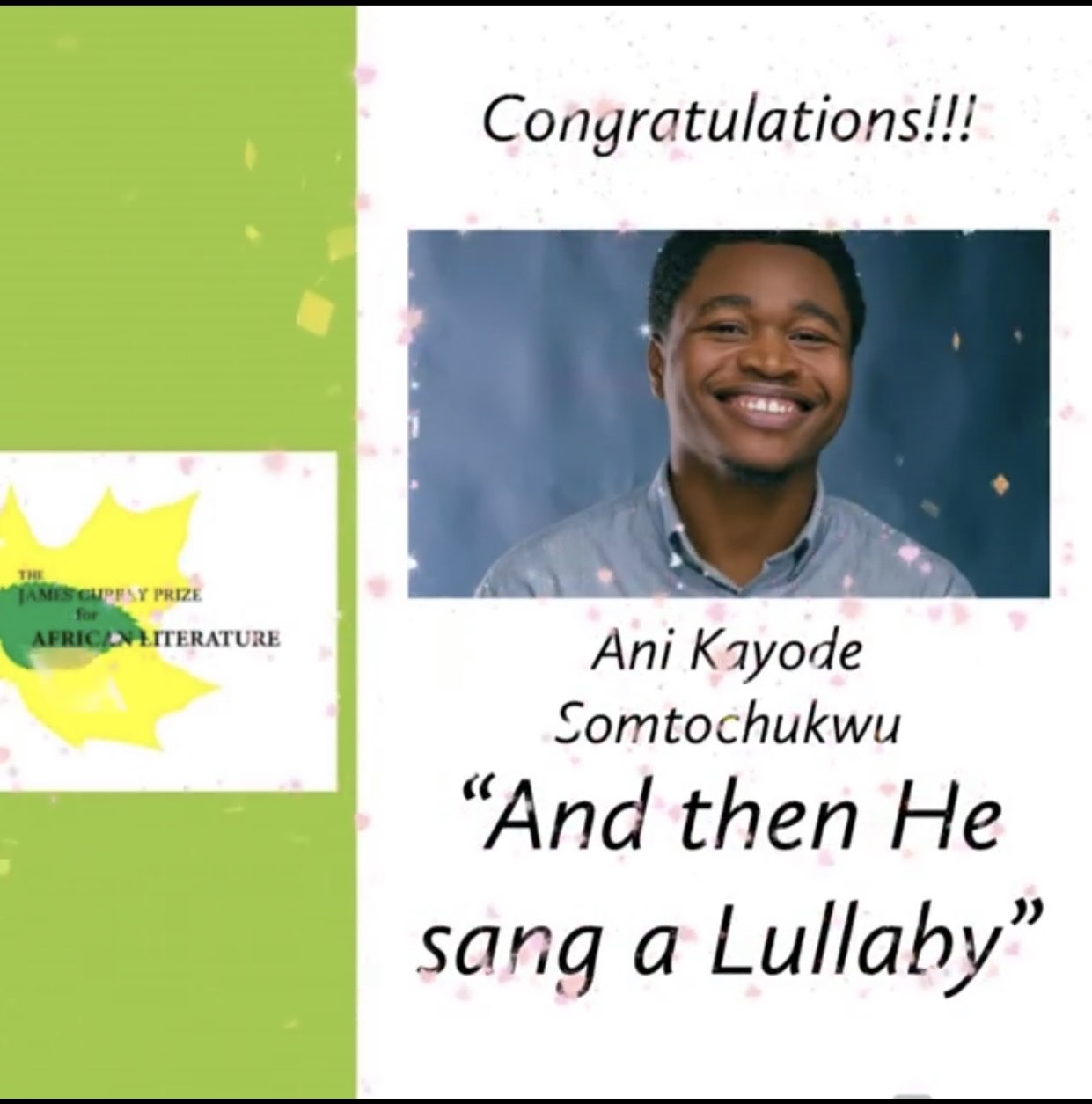 Ani Kayode Somtochukwu a Nigerian writer and poet has won the inaugural James Currey Prize for African Literature with his manuscript, “And Then He Sang a Lullaby“.

The queer liberation advocate was announced as the winner during a virtual event, by the Jury’s Chair Sarah Inyal Lawal, who described the manuscript as “breathtaking.”

The award’s longlist was first announced on June 16 before the shortlist, including Ani Kayode and 4 other authors, was revealed on July 1.

The James Currey Prize was founded in 2020 by filmmaker, writer and publisher, Onyeka Nwelue, an Academic Visitor at African Studies Centre, University of Oxford. According to Onyeka:

The pivot for the James Currey Prize for African Literature, that we instituted in 2020, for the first unpublished full-length work of fiction intends to perpetuate the value of the African Writers Series and other such initiatives in contemporary African literature exposure, and distribution.

Ani’s literature mostly examines queer identity and liberation. His works have appeared in The Rustin Times, The Enkare Review, PlenitudeMagazine, Gertrude, Bakwa, to name a few.

Ani has previously been shortlisted for the Toyin Falola Prize, ALCS Tom-Gallon Trust Award and Erbacce poetry prize. He received the SOGIESC Rights Activist of the year award (2019) by the Initiative for Equal Rights(TIERs) and reached the finals for the 2020 Prize for Difference and Diversity.

Congratulations are in order for Ani who will be awarded £1,000 for winning the James Currey Prize this year.