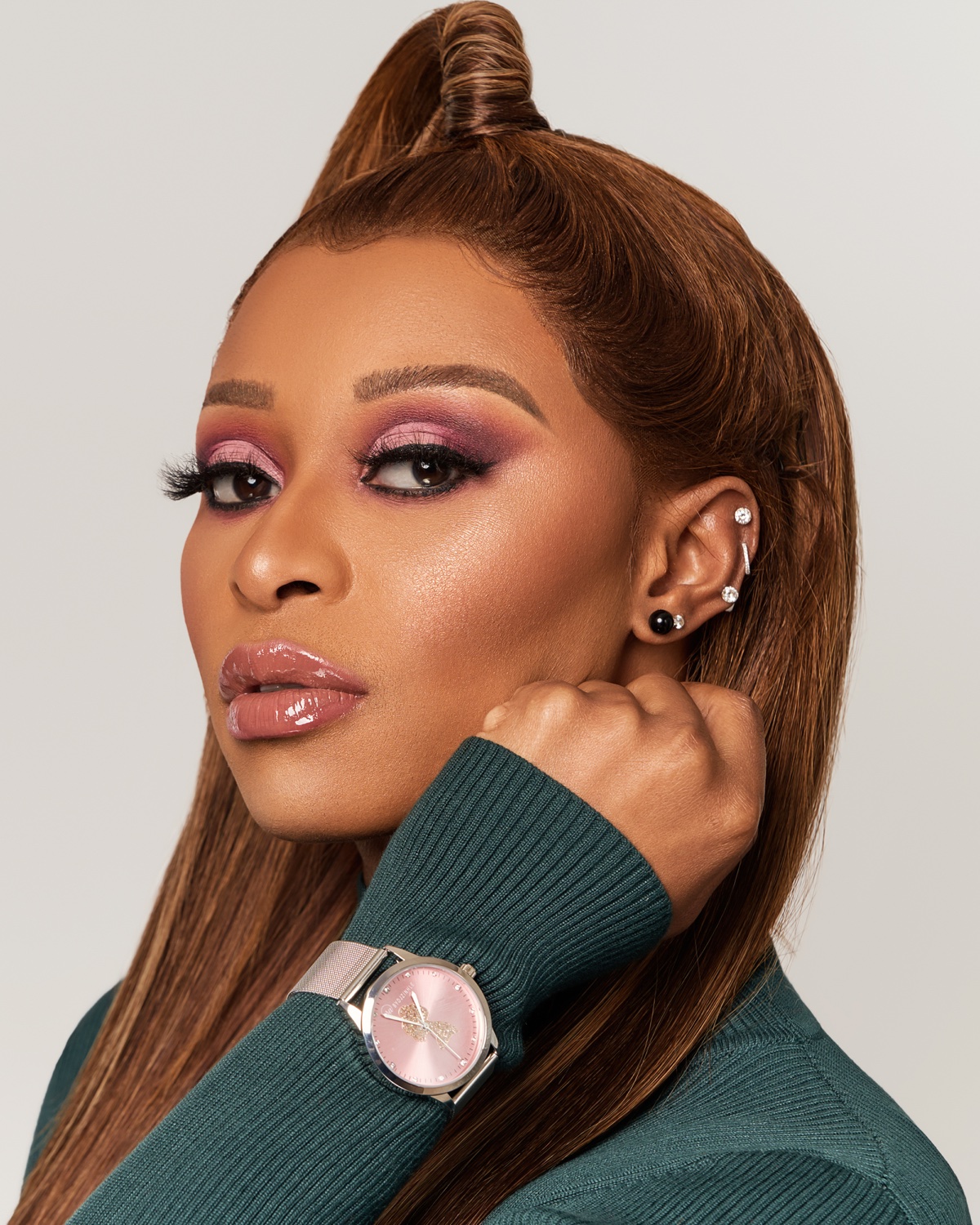 DJ Zinhle never wanted to have her own reality show; it wasn’t in her plan, but then she became pregnant – with her second child – and she wanted it to be different. “I wanted to enjoy it with those who I love closely but still have the opportunity to share the experience with my fans later on.”

And it’s happening! The DJ, artist, businesswoman and one of the most celebrated individuals in entertainment in Africa has partnered with BET Africa to premiere a reality show – DJ Zinhle – Unexpected – the fourth female led local reality show for the platform.

The series follows DJ Zinhle as she breaks the news of her pregnancy to her siblings, her mother and close friends as well as dealing with cultural and societal pressures around marriage. DJ Zinhle is supported by her close friends Pearl Thusi, of Queen Sono fame, and SA rapper Nomuzi Mabena and family. The show will give viewers across the continent a glimpse into the DJ’s life, from business to motherhood and so much more.

“I’m super excited to share my experience now and partnering with BET has allowed me some control in my own narrative. It gives everyone a closer look into who I am, as a businesswoman, mom and public figure which I think my fans are going to appreciate,” she says.

DJ Zinhle started her career in 2004 as a TV presenter, and soon discovered her passion for music and mixing vinyls and started her career as a DJ. Along the line, she delved into making music. Her 2019 hit single “Umlilo” gained 5.1 million streams in three months and was certified 3x platinum by the Recording industry of South Africa (RISA). It was also voted as 2019’s Song of The Year in South Africa. 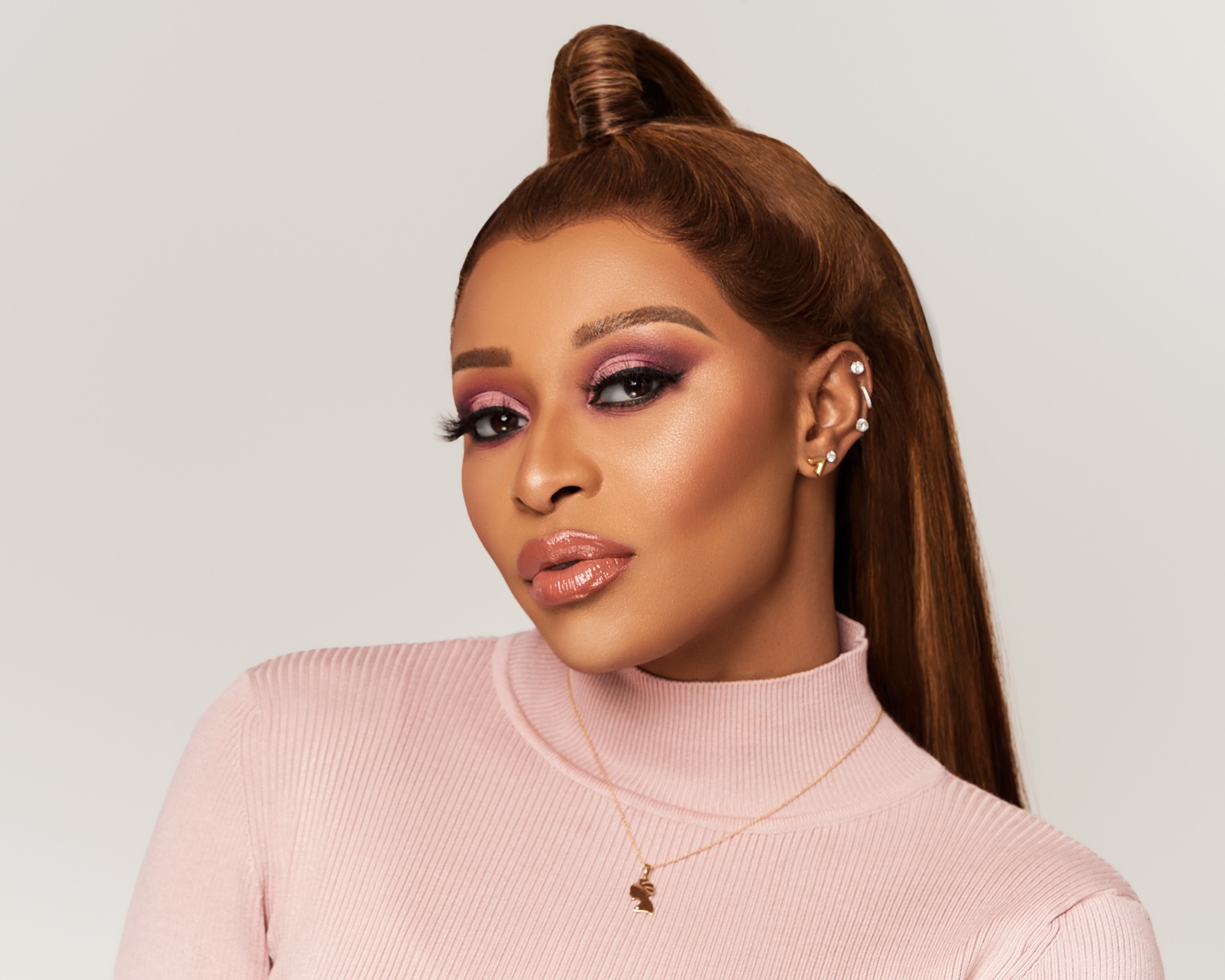 DJ Zinhle has be working on her brand for almost two decades and without a doubt, she’s become very successful in her craft. Now she wants to open her world to the world, to share her journey and inspire her generation in a much more relatable way. 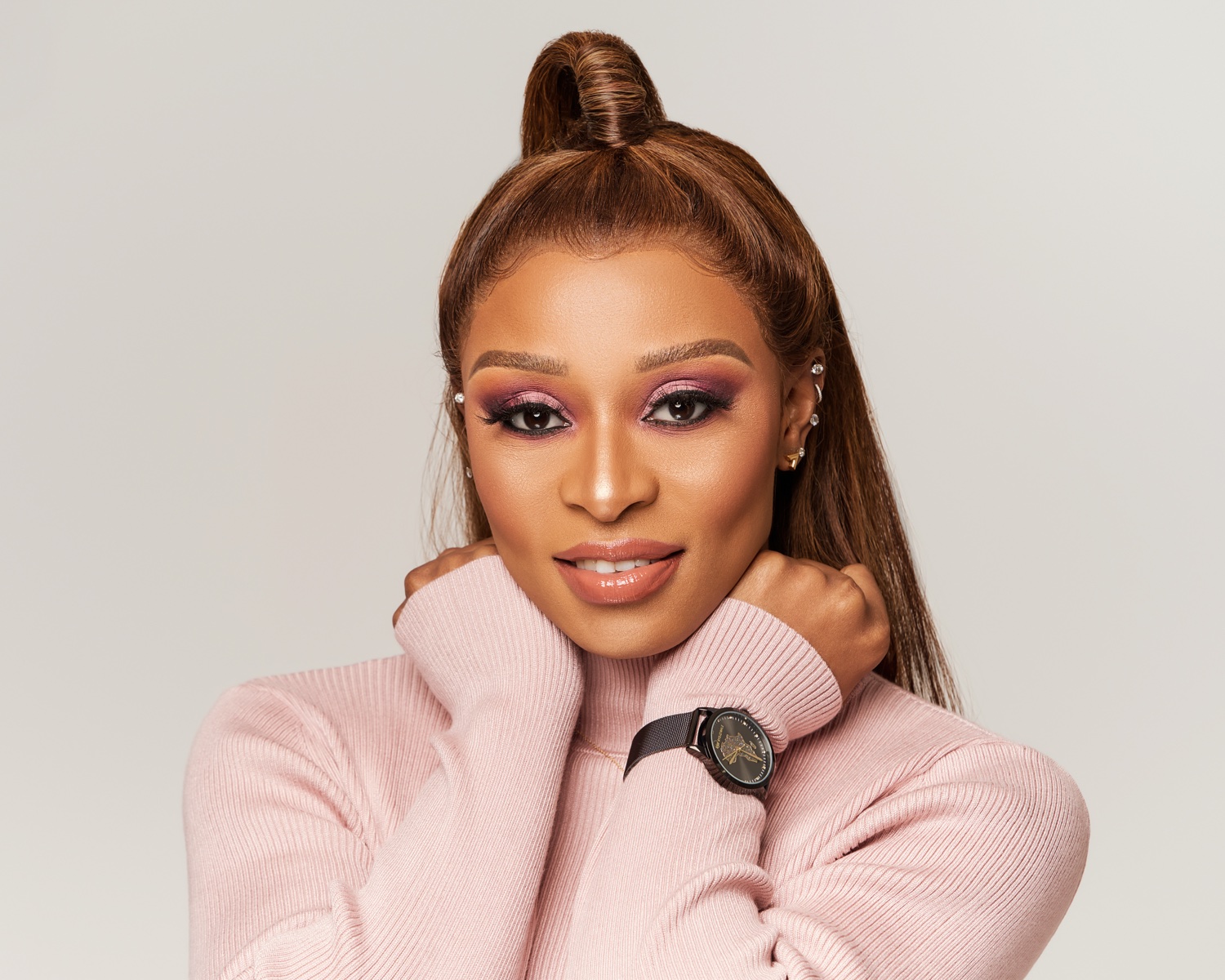 Being pregnant in a pandemic, keeping it a secret, and having to film a project like this for months will definitely come with some challenges and DJ Zinhle had a few to deal with.

“I feel like I’ve been working a lot this period that I sometimes forget that I’m pregnant. Sometimes I walk past the mirror and be like, ‘oh shoot, I’m pregnant’…. The decision to keep this pregnancy a secret was a struggle for me and my friends. That added an extra weight. Then, there’s a pressure about the need to work so I can have time to rest later.”

DJ Zinhle jokes about the time for rest promised her by her team not happening yet. “Let me tell you, IK, there was a time when they made me shoot for 16 weeks and promised that after that I’ll be done. Weeks later they said we had to shoot for another 8 weeks. They promised me a lot.”

But she acknowledges how helpful her team has been in terms of managing her time and taking care of her. “I feel like a new baby myself. Everyone is taking care of me.”

Music is DJ Zinhle’s love and she wants us to expect more from her soon. The end of the year is around the corner and DJ Zinhle says she’s gearing up for that season, which is a super busy one for people in the entertainment industry. 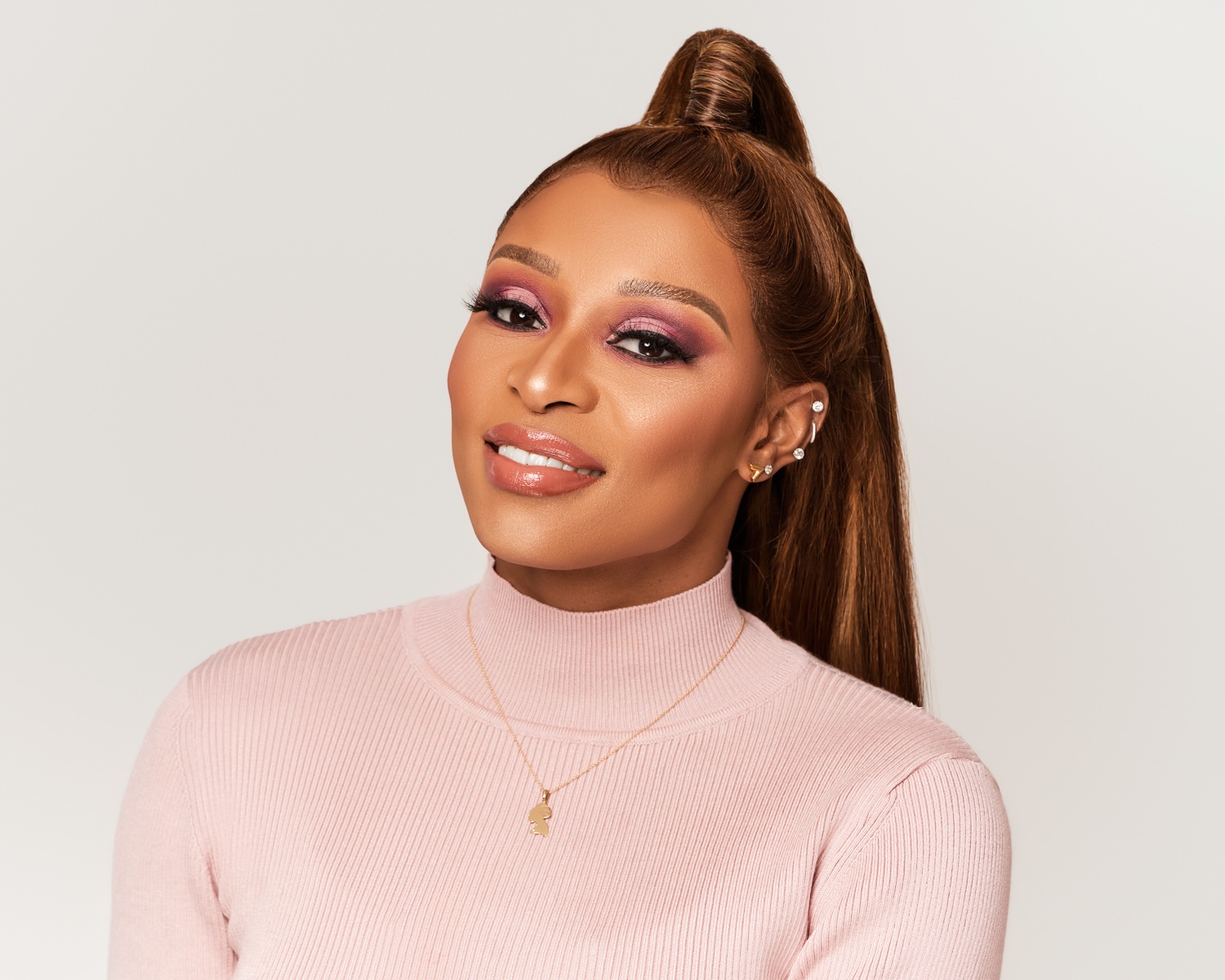 Almsot 20 years in the game, DJ Zinhle must have picked up a few lessons along the way. The first and most important being that people should understand that “fear and failure are part of the process”.

“I suspect that people look at successful brands and people and wonder how they got there. It’s very important to understand that failure is part of the process. As much as it doesn’t get you to where you wanna go, it teaches you things about where you’re trying to go.

She adds that she failed at a lot of things in her journey and although she didn’t understand why she was failing, she now understands that there were lessons to learn.

“When people say NO to you, it’s KNOW. It means now you KNOW what the parameters are, what to do, where to go.” 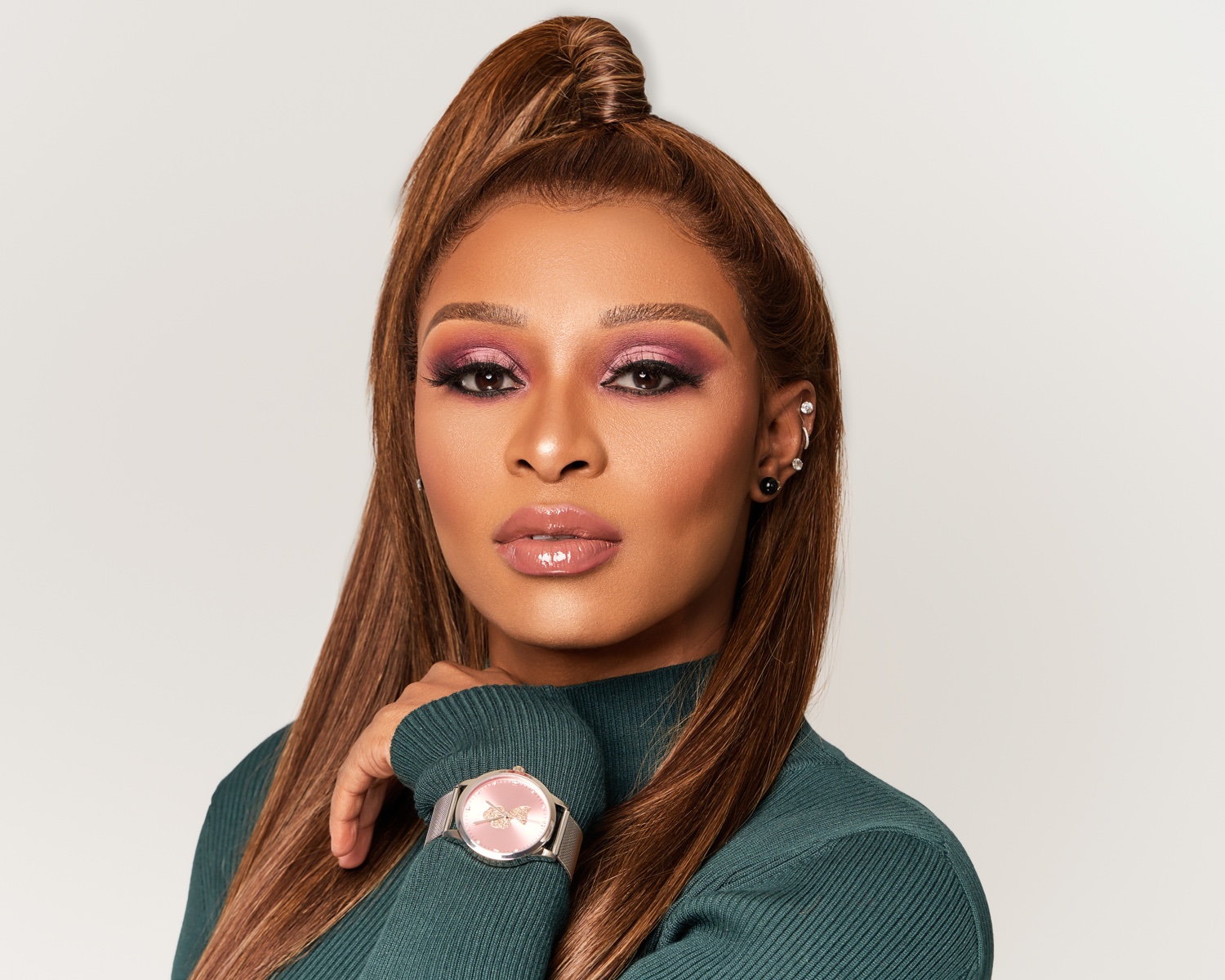 For women, DJ Zinhle has some specific lessons to share:

Invest in yourself and the things that matter to you and how you  communicate them to people around you so that at anytime there are conflicting messages coming from outside, you know your story and what it is you’re trying to achieve.

I know my story. I’m not looking to the outside world to tell me what my story is. I’m ready and armed with my own story. So, no matter what anyone says, if it’s not truthful, I’m not gonna accept it.

DJ Zinhle is looking forward to making more music and is gearing up for the end of the year season and we can’t wait to experience more of her talent.