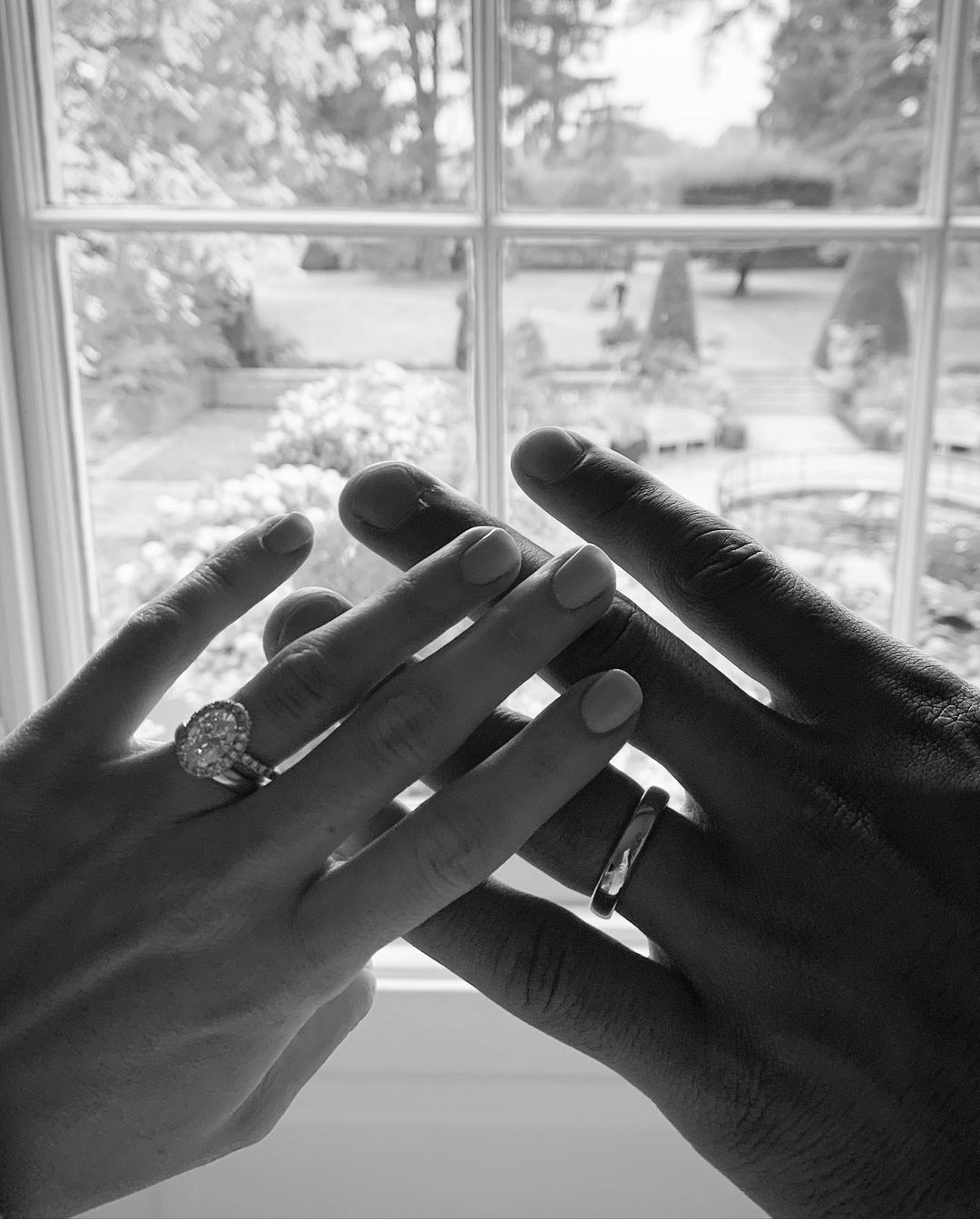 The footballer dropped the exciting news on Monday, sharing a black-white photo of himself in a tuxedo and his beautiful belle, and another of them with their huge wedding band. He captioned the post, “MR & MRS”.

According to Goal, the couple got married at a private event in London on Sunday, and of course, as came representing in his traditional attire. Super Eagles players Kelechi Iheanacho, Wilfred Ndidi, Emmanuel Dennis, and Rangers’ Leon Balogun attended, as did Nigerian singer Lojay, who performed for the guests. Watford players such as Tom Cleverley and Mousa Sissoko, as well as other Nigerian entertainment celebrities, were in attendance.

The couple welcomed their first child, a son who they named ‘Oscar Ekong,’ in July 2018.

Congratulations to the couple. One year down, forever to go!