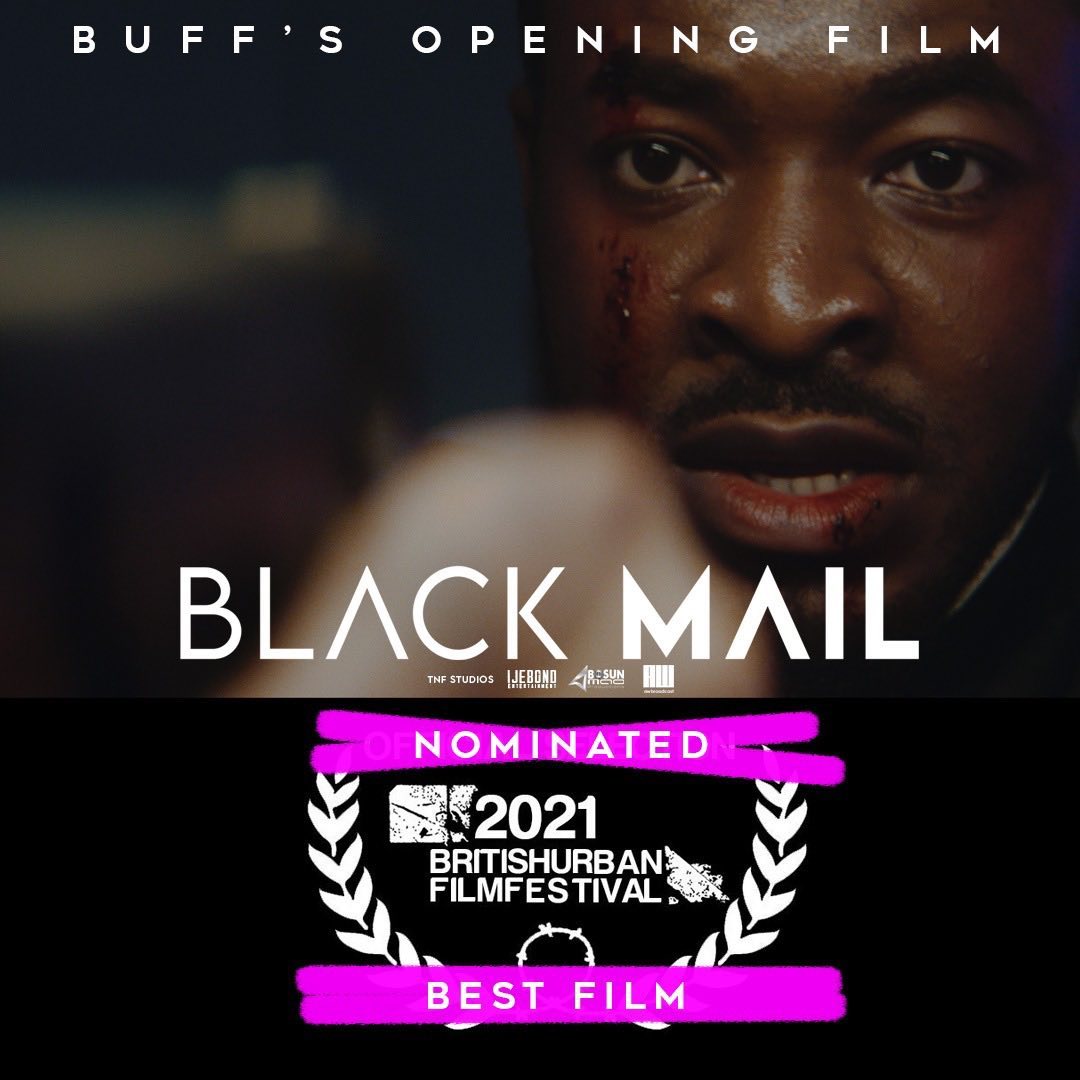 “Black Mail“, the action thriller directed by Obi Emelonye and stars OC Ukeje, has been nominated for the Best Feature Film category at the 2021 British Urban Film Festival (BUFF).

According to Creativepool, the plot revolves around Chinda, a well-known London actor who becomes embroiled in a sextortion lawsuit brought against him by the criminal oligarch and digital fraudster Igor. Cases of mistaken identification, webcam hacking, and threats of violence endanger Chinda’s family as he urgently searches for the offenders.

The film addresses current concerns such as data protection and cybersecurity in a society that has become increasingly reliant on online communication.