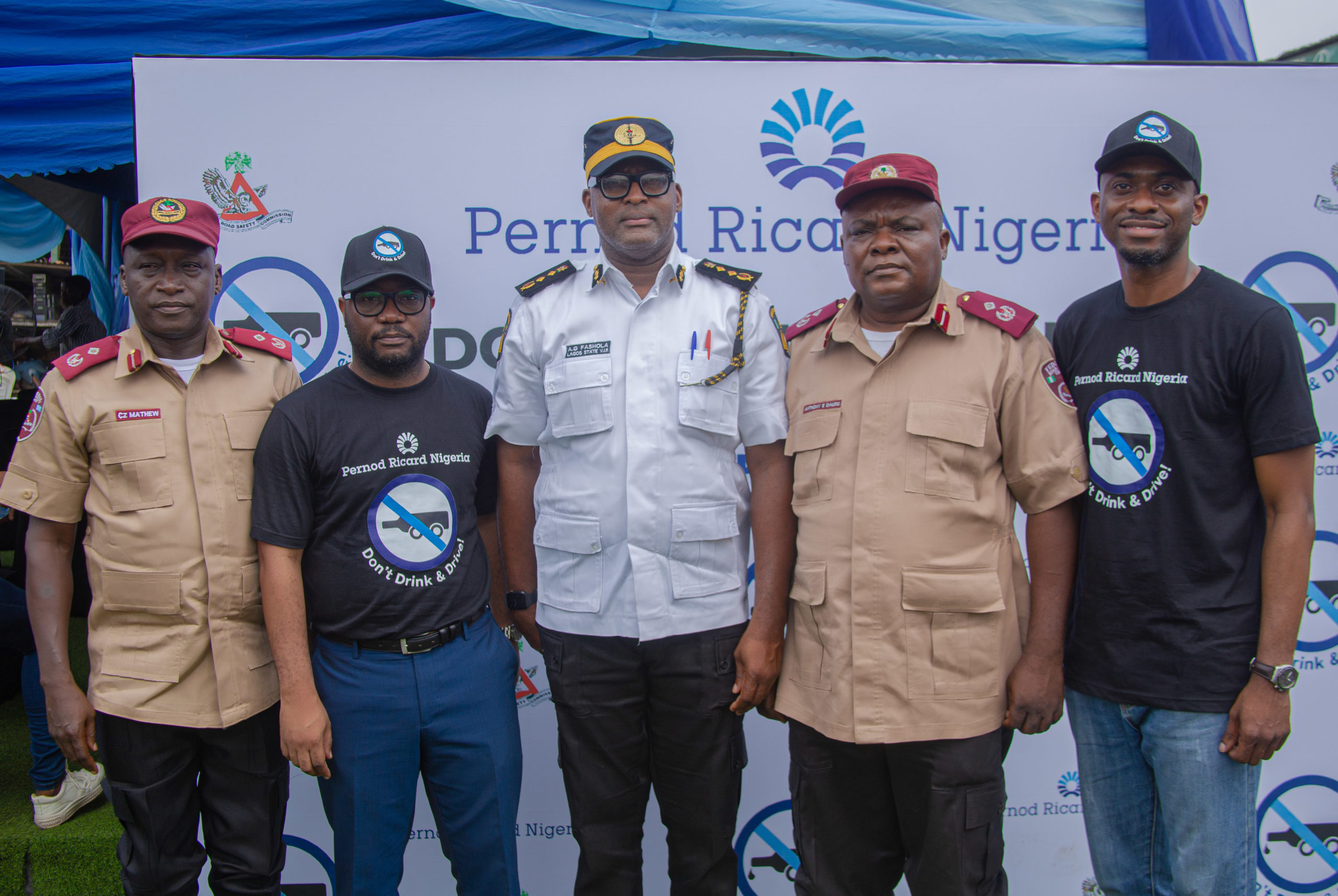 As part of the responsible hosting pillar of its sustainability and responsibility roadmap, targeted at fighting alcohol misuse in the society by acting on harmful drinking, Pernod Ricard Nigeria held its “Safe Roads” campaign initiative, targeted at commercial drivers, on Tuesday, December 7, 2021, at the Ojota New Garage bus park in Lagos. 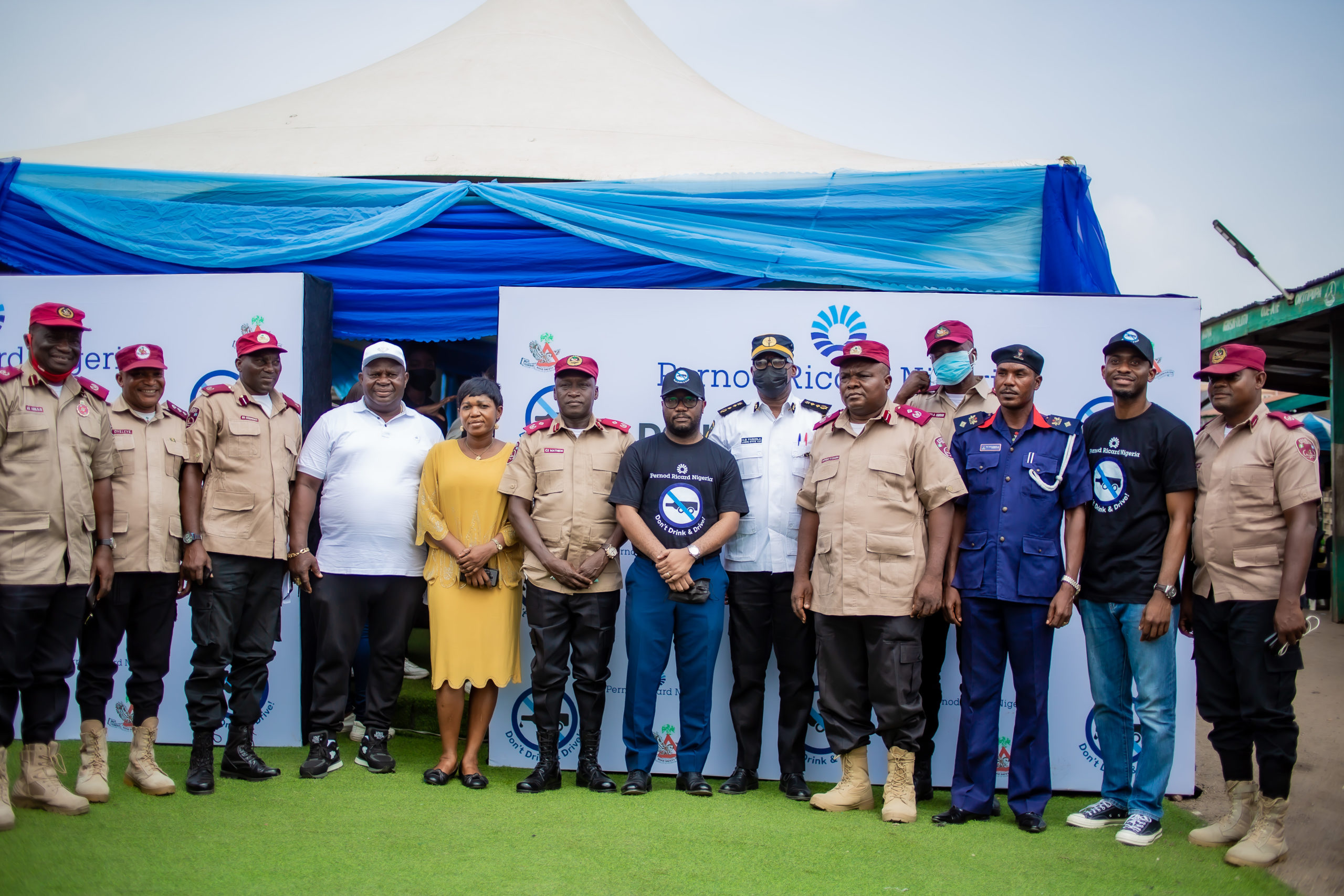 The drivers were also educated on the factors that affect how alcohol is processed in the body, the amount of alcohol in popular drinks, and the time it takes for the body to process a unit of alcohol. They also examined statistics of accidents caused by drink driving and the fatality rates. 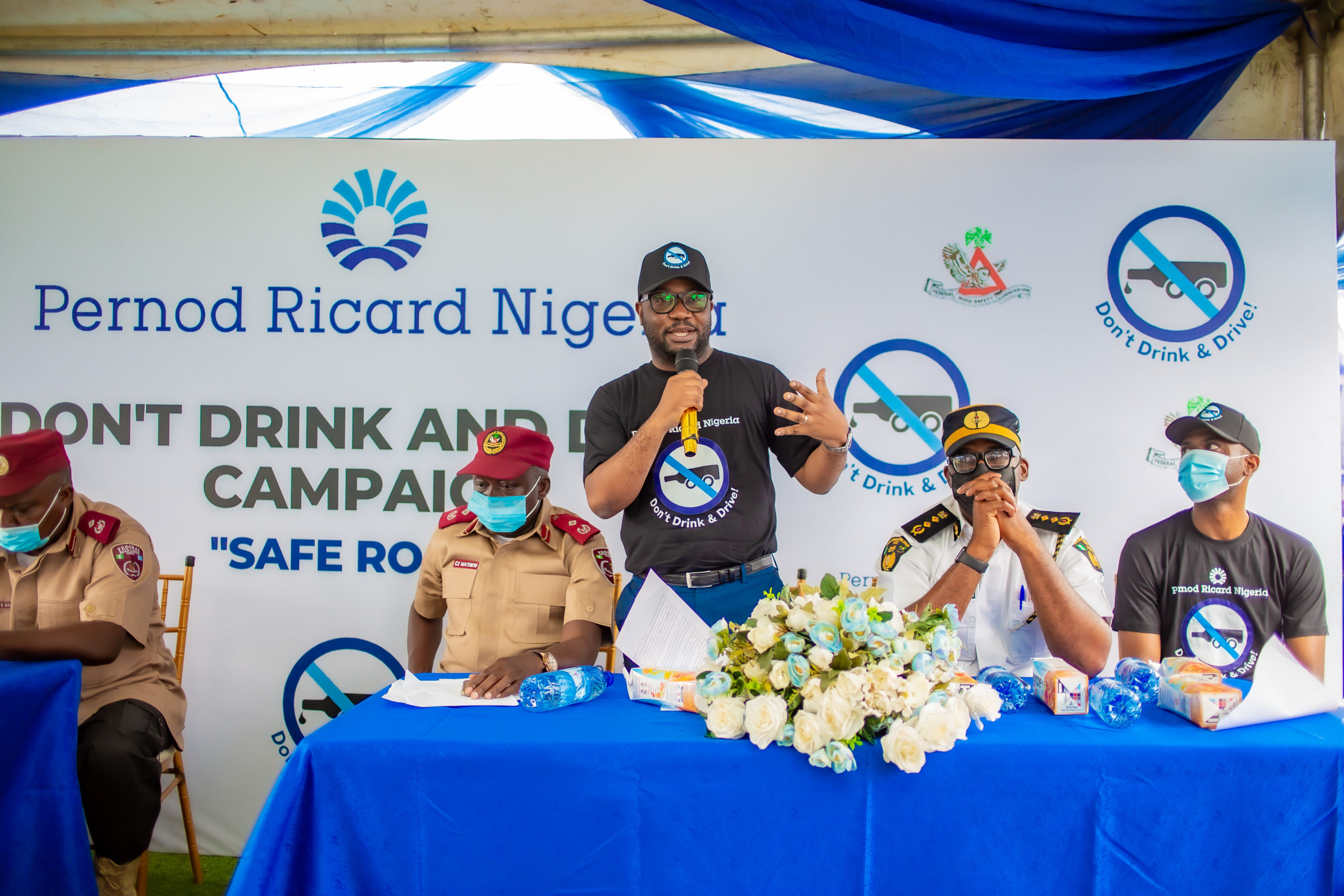 Speaking at the event, Sola Oke, Managing Director, Pernod Ricard Western Africa, stated that as an organisation, they are committed to ensuring that alcohol consumers, including drivers, understand the need for responsible drinking and the dangers associated with alcohol misuse.

“As we are all aware, road traffic injuries and deaths have become one of the growing public health problems in Nigeria.  Among the causes of road accidents is driving under the influence of alcohol, also called drink-driving. It is basically the misuse of alcohol and is a major risk factor for road accidents. It is against this background that we at Pernod Ricard Nigeria have decided to kickstart this initiative.

The campaign is being implemented in partnership with the FRSC, with the aim of helping our drivers understand the negative effects of alcohol misuse, and to promote responsible and positive choices especially in this festive season where a lot of us would be travelling out of state to various places and putting our lives in the hands of our drivers” he said.

“Our drivers are very important because the lives of passengers are in their hands while they drive. As we know, alcohol is meant to be for pleasure and socializing, not when we’re at work. Even then, it is supposed to be taken in moderation, which varies from individual to individual. We are therefore appealing to our drivers, to abstain totally from alcohol while driving.” 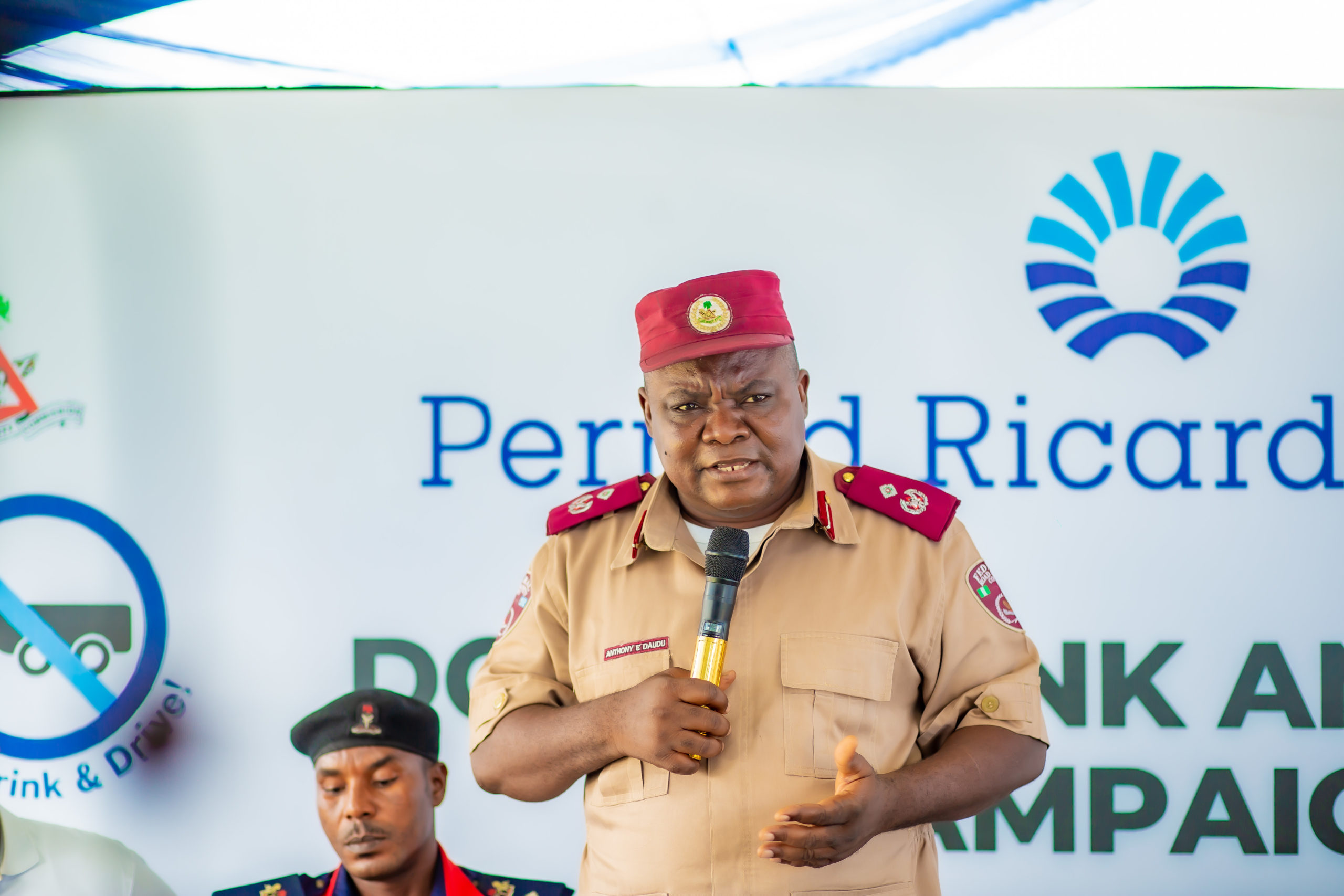 The Zonal Commanding officer FRSC, Anthony E. Daudu commented on the necessity of responsible driving and road safety for all. He said

“Driving is a very serious business, which is why the FRSC has made it mandatory that if you must start driving, then you must be trained for it; so that you do not cause colossal damage to yourself and to others. I think this is a very timely and laudable campaign, and the FRSC is in total support of this program.” 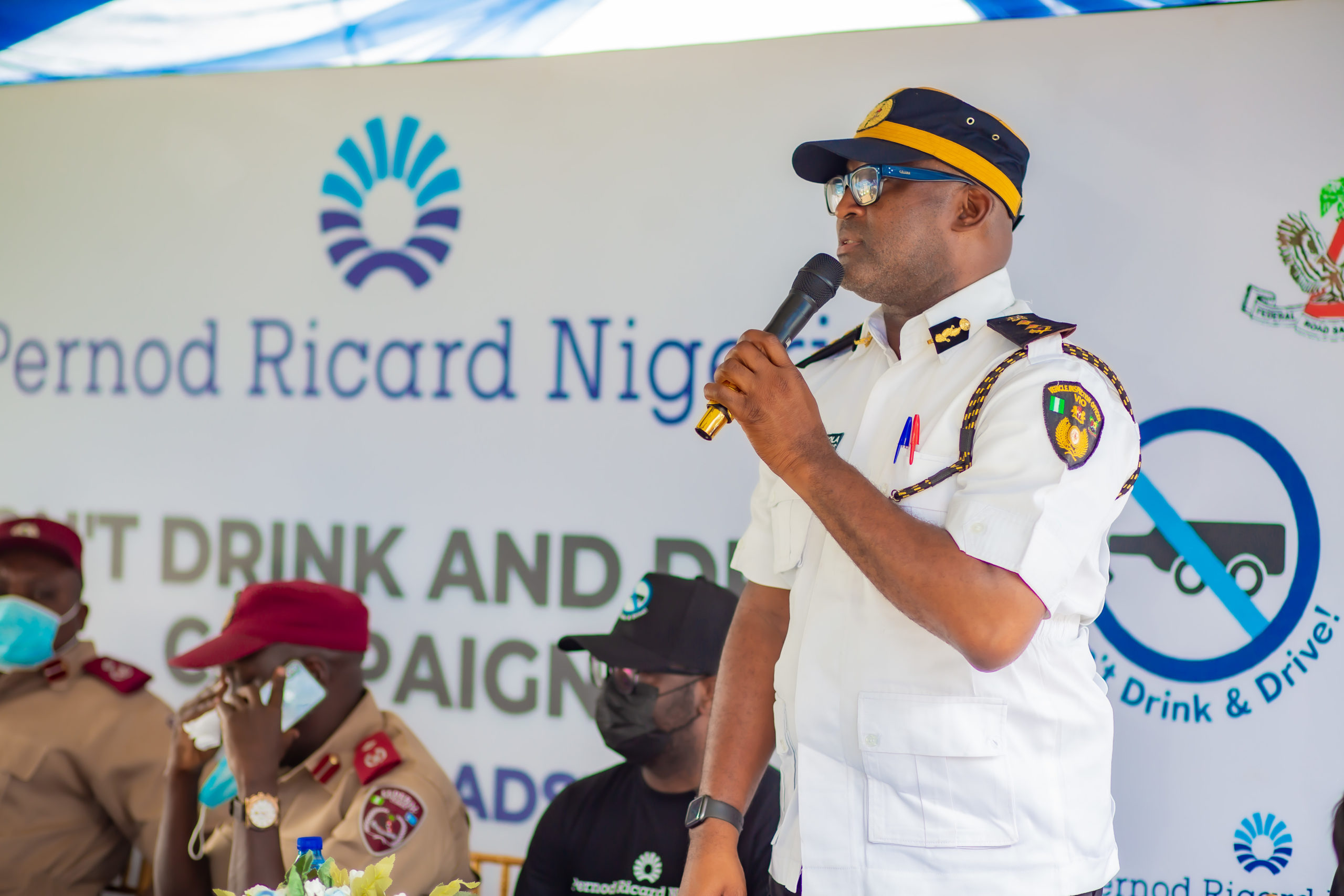 Also speaking at the event, Engr. Akin-George Fashola representing the Honourable Commissioner for Transportation expressed his gratitude to Pernod Ricard and urged other corporate bodies to emulate the actions of Pernod Ricard.

“We are delighted to have an organisation like Pernod Ricard on this campaign. They are not just about the sale of alcohol, but this is about doing the right thing at the right time. As we know, one of the major causes of road accidents is drunk driving and this is an opportunity to educate people on dangers of drinking and driving. We are glad to see a responsible alcoholic beverage company championing this cause. I also use this opportunity to counsel drivers to desist from drunk driving, your lives are very important. I urge more corporate bodies to also continue this sensitization as our safety on the road is very important and more people need to be educated”, He said.

The event also saw an educative and entertaining drama rendition by Dre Sticks Drama Group, to enlighten the attendees on the dangers of drink-driving. Pernod Ricard Nigeria further contributed to the “Safe Roads” cause by presenting a donation of breathalysers and safety gears to the FRSC. 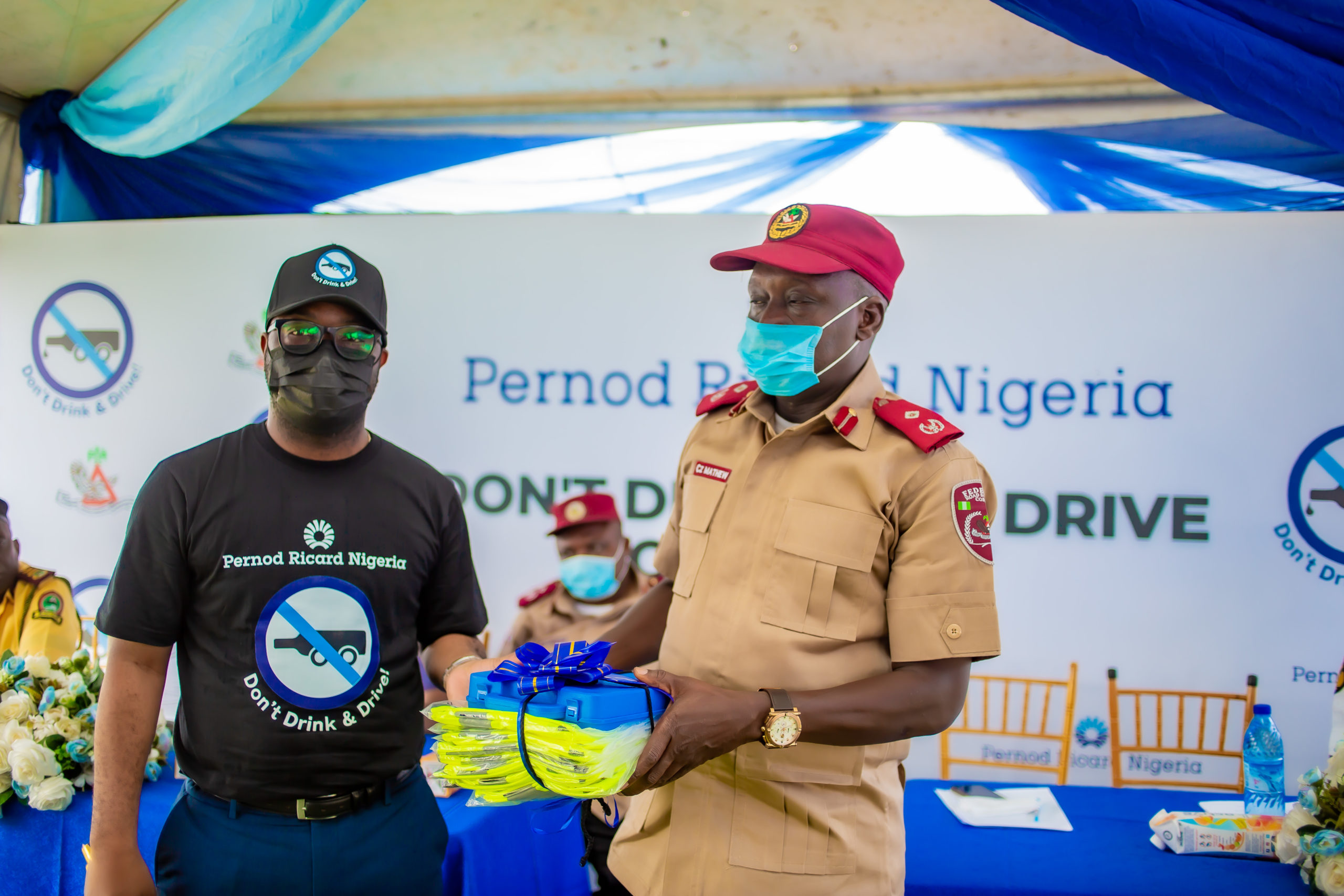 In recognition of Pernod Ricard’s strong commitment to sustainable development and responsible consumption, it has received a gold rating from Ecovadis and is ranked No. 1 in the beverage sector in Vigeo Eiris. Pernod Ricard is also a United Nations Global Compact LEAD company. 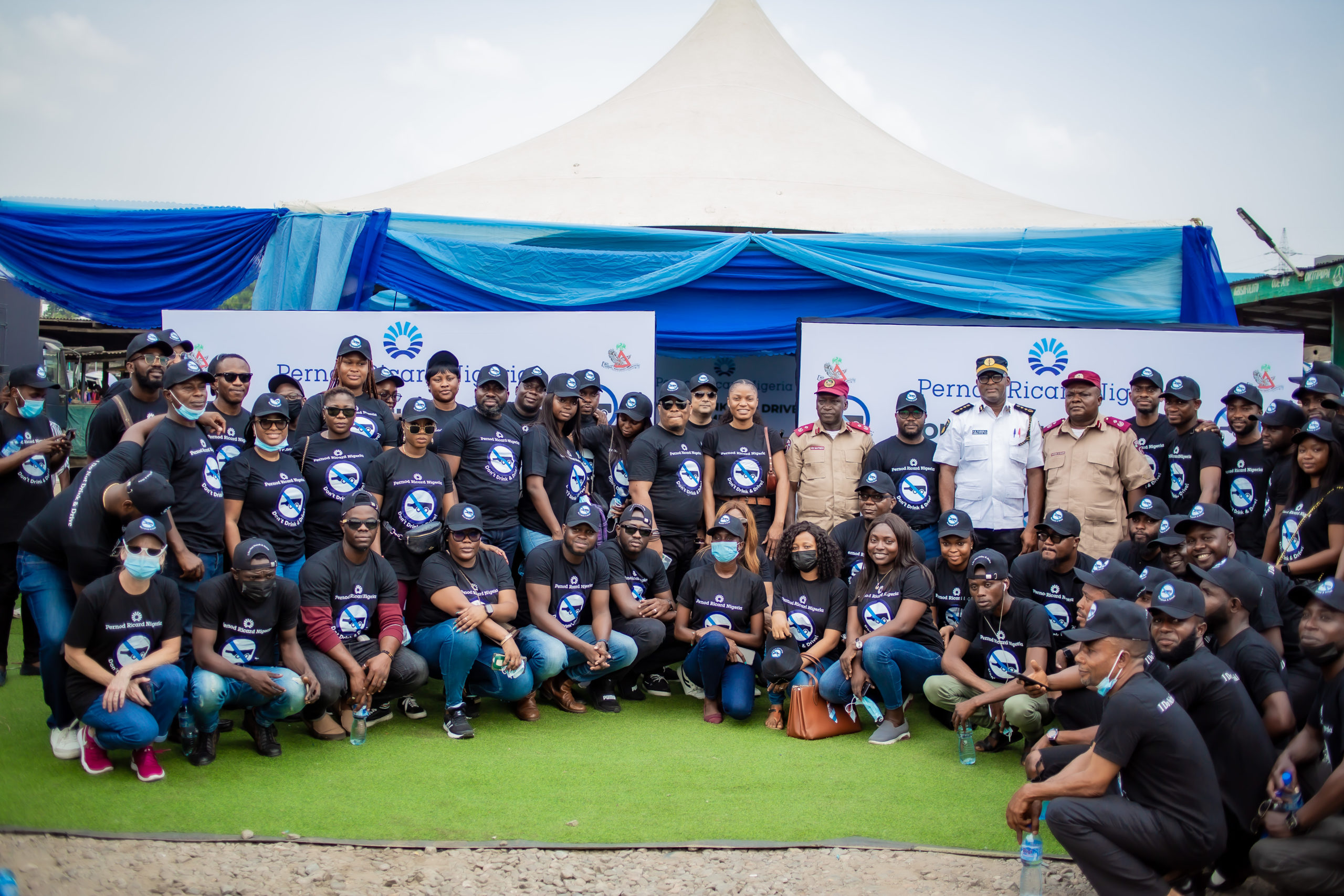 Pernod Ricard, holds one of the most prestigious and comprehensive brand portfolios in the industry, with 16 out of the top 100 spirit brands in the world, including Jameson Irish whiskey, Martell cognac, Seagram’s Imperial Blue whisky, Absolut Vodka, Ballantine’s, Chivas Regal, and The Glenlivet Scotch whiskies, Olmeca tequila, Beefeater gin, Malibu liqueur and Mumm champagnes.