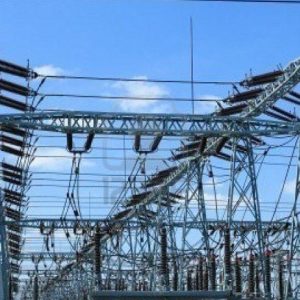 Nigerians have resorted to Twitter to express their dissatisfaction with the ongoing power outages in Lagos, Enugu, Abuja, and other cities around the country.

According to a report, the national electrical grid had a system collapse on Monday, causing power outages in some parts of the country. It comes at a poor moment for Nigerians, who are experiencing power outages and rising petrol prices. This is not the first time the national grid has failed; it occurred in February, May, July, and August of 2021, among other occasions.

The latest grid failure, which occurred at 10:40 a.m. and disrupted power supply inside their networks, was reported by electricity distribution companies (DisCos) throughout the nation.

We sincerely apologise for the inconvenience as we will keep you updated on the situation.

The Enugu Electricity Distribution Plc (EEDC) said in a statement issued by its Head of Corporate Communications, Emeka Ezeh, that it was on standby and awaiting a signal from the National Control Centre (NCC) to restore supplies.

The Enugu Electricity Distribution PLC (EEDC) wishes to inform her esteemed customers in the South East of a general system collapse which occurred this morning, Monday, 14th March, 2022 at 10:40 am.

We are on standby and awaiting signal from the National Control Centre (NCC) for restoration of supply.

How are Nigerians reacting to this? Check out these tweets below:

National Grid better rise because my ear aches from the sound of generator https://t.co/dxuGPol8SZ

The bill for my car as a result of bad fuel is 3.7m, a 2020 car o! Diesel is now 780, and now that the power grid has collapsed, it will probably increase. I drove by Lekki toll gate and it states toll charges will resume on April fools day. Are we fools or are we being fooled?

National grid on the verge of collapse,Airlines companies to ‘shut down in three days’,terrorists on killing spree and then ASUU…we are just the African version of Ukraine at the moment.

Asuu on strike, national grid collapses, fuel scarcity, Naira in the mud, security on the precipes, Inflation on a daily rise, Roads as death traps, Unemployment rate on a record high, External debt on an astronomical rise.
We have an emergency on our hands!!!

The National Grid in Nigeria ?? collapses almost every quarter. Is it held by the tip of a thread? Even Ukraine ?? with all the bombing and shooting, still has light.

National grid has collapsed. All 19 power plants built by corrupt PDP are now generating zero power. Fuel & diesel have become gold. The CHANGE Govt 7yrs later has nothing to offer except more corruption & failure. Everything has collapsed including the economy and governance.

How many times have we had a "total system collapse of the National Grid" this year?

This is the "Federal Republic of Institutionalized Incompetence".

A nation in terminal decline. https://t.co/vDy05jfl5X

I have always said (and you can check previous tweets), states should be responsible for their power and stop all this National grid nonsense.

You will see an improvement in power from Governors that want to serve their people. The load is too much.

Audit our power generation now! National Grid can't be collapsing almost every quarter of the year!

The National grid collapses in the mist of an 8 weeks long fuel scarcity, our airlines are to be grounded in 3 days time, ASUU is on strike and Police is to join soon.

The only thing true on this billboard is the word “Vote” pic.twitter.com/UZAiLQOKkv

Just as we are happy we are finally coming out of the almost 2 months fuel scarcity, price of diesel goes up by 185% and the icing on the cake, national grid collapsed, all in the 1st qtr of 2022

Apply for the 2022 Global Citizen & BeyGood Fellowship for a Year-Long, Full-Time & Paid Placement