Save the Date! The Fashion Souk Summer Sale is Coming! July 9th & 10th 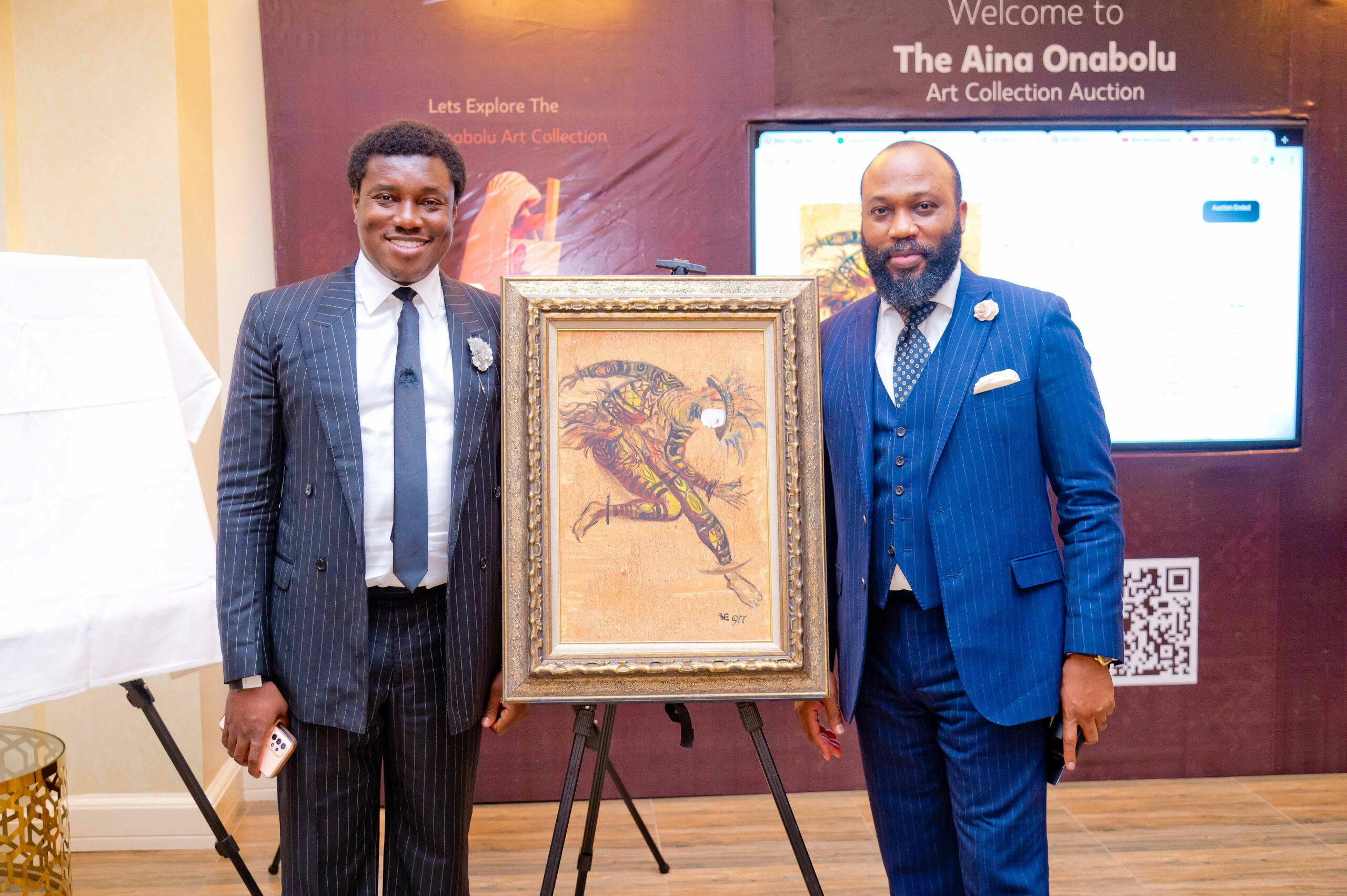 ARTSPLIT, the pioneering art trading platform for African art, held its first physical auction on Sunday, May 15, 2022, in Lagos, Nigeria. The physical event followed the soft launch of the platform on the 8th of April 2022, which was well-received by an enthusiastic community of African art collectors, as well as ARTSPLIT’s partnership with The African Art in Venice Forum (AAVF) and the South African pavilion at the 59th Venice Biennale in 2022.

The ARTSPLIT app allows users to own “Splits,” or fractions of prominent African artworks. ARTSPLIT users bid for Splits during an auction, and if they win, they can keep the Splits or trade (sell) them to the highest bidder. The Splits allow multiple people to co-own a single iconic piece of art, something that no other art platform allows. Users can also participate in a ‘Lease Auction’ on the app to win physical custody of these split artworks for a set period. 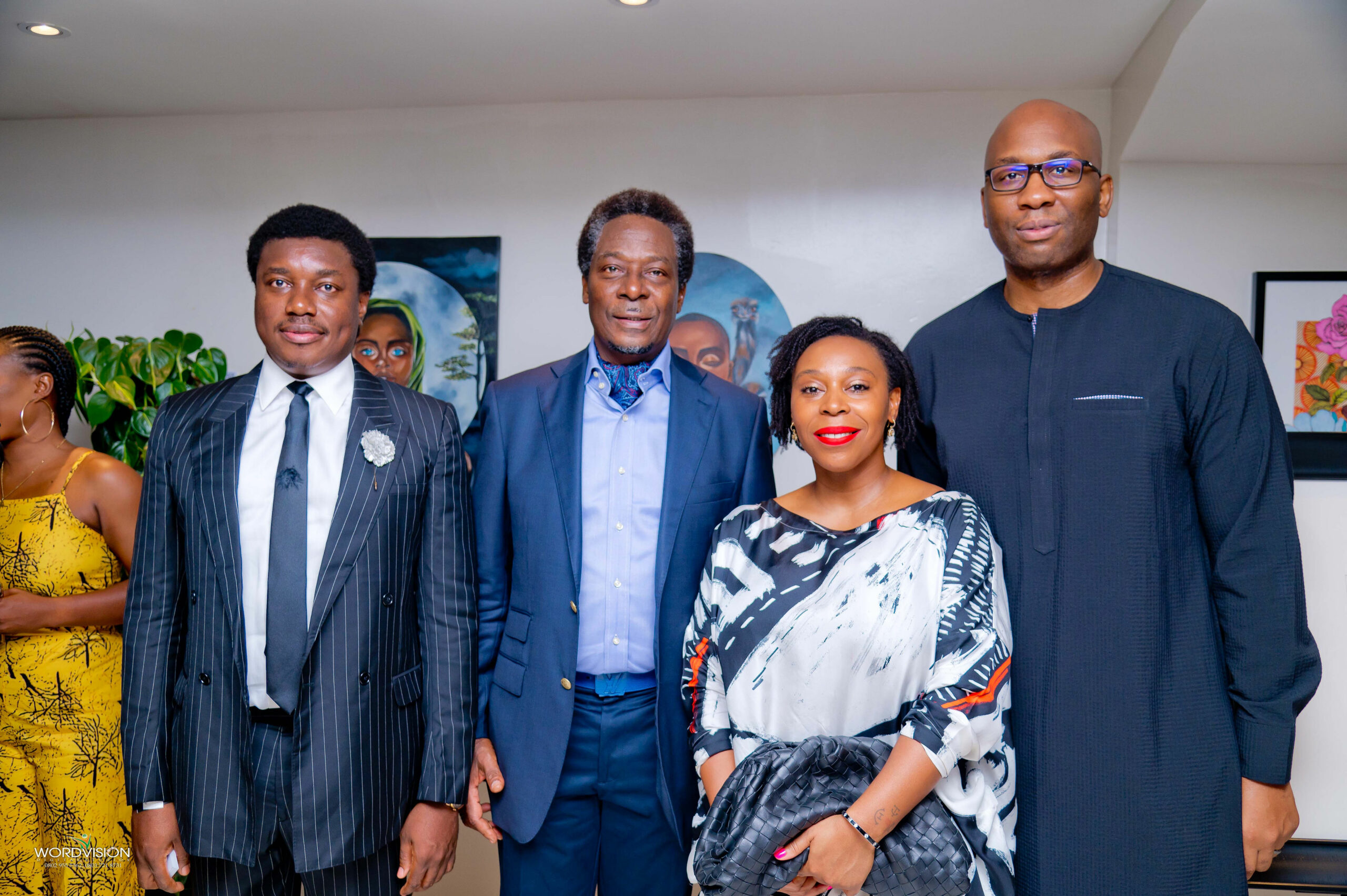 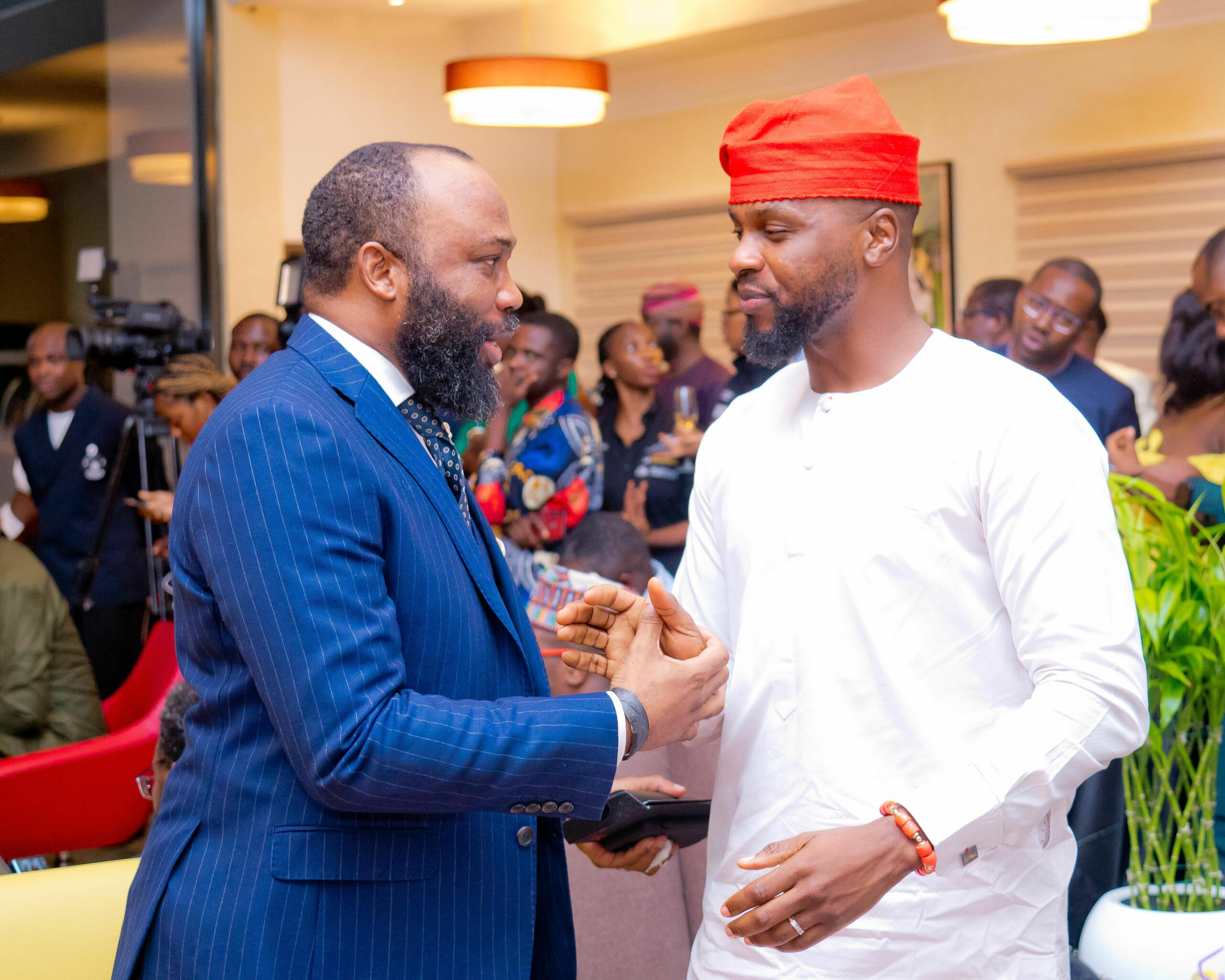 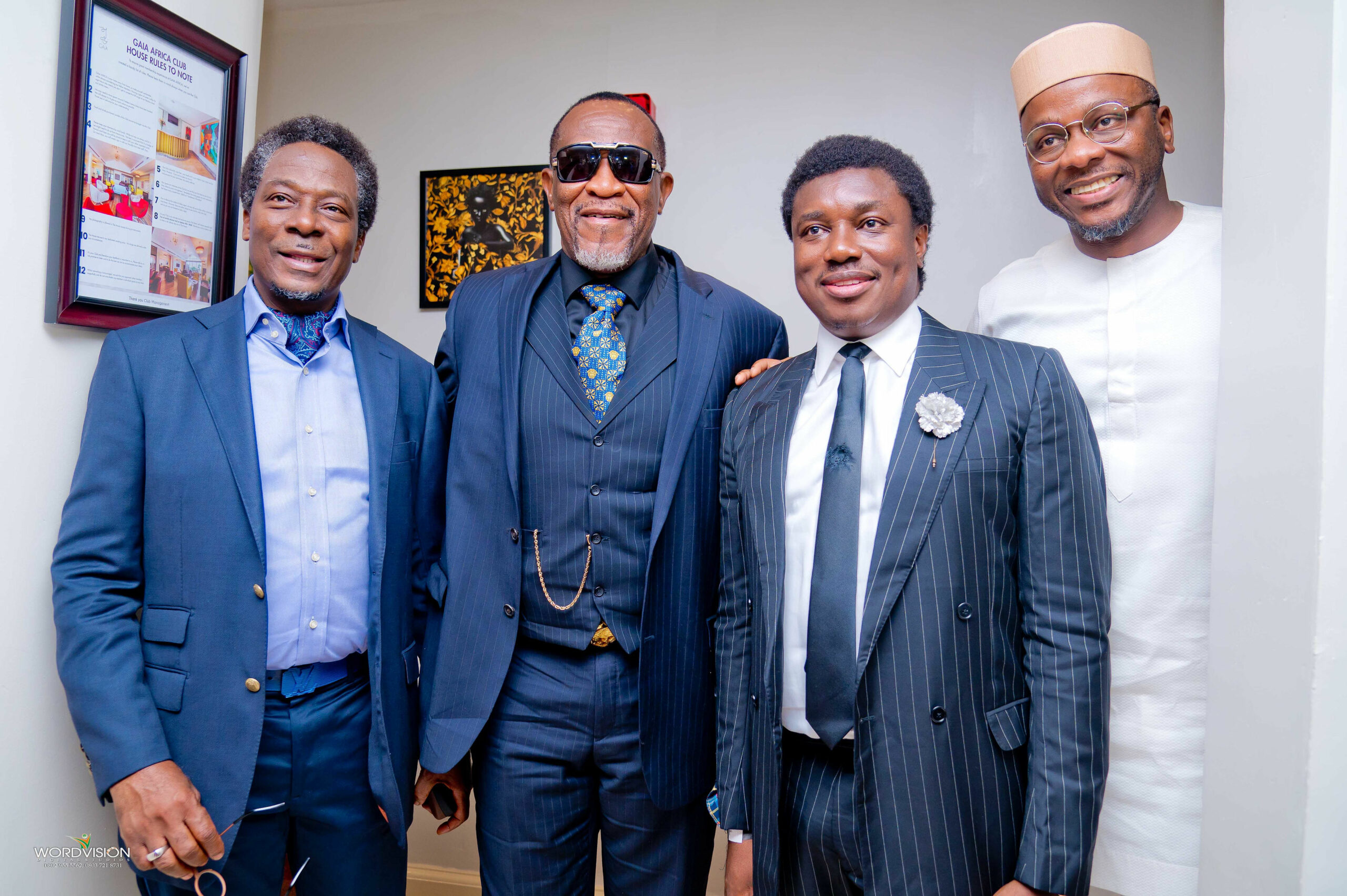 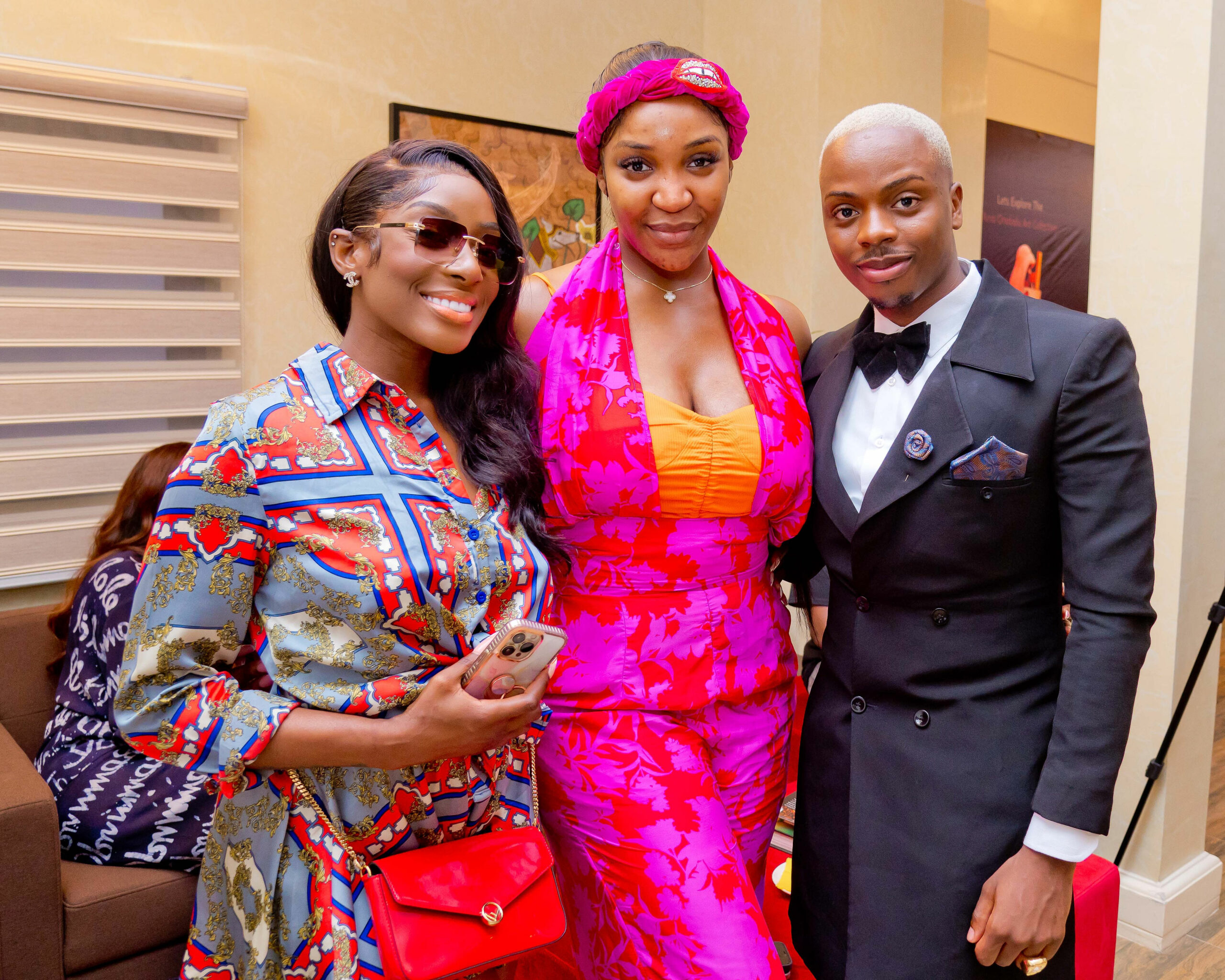 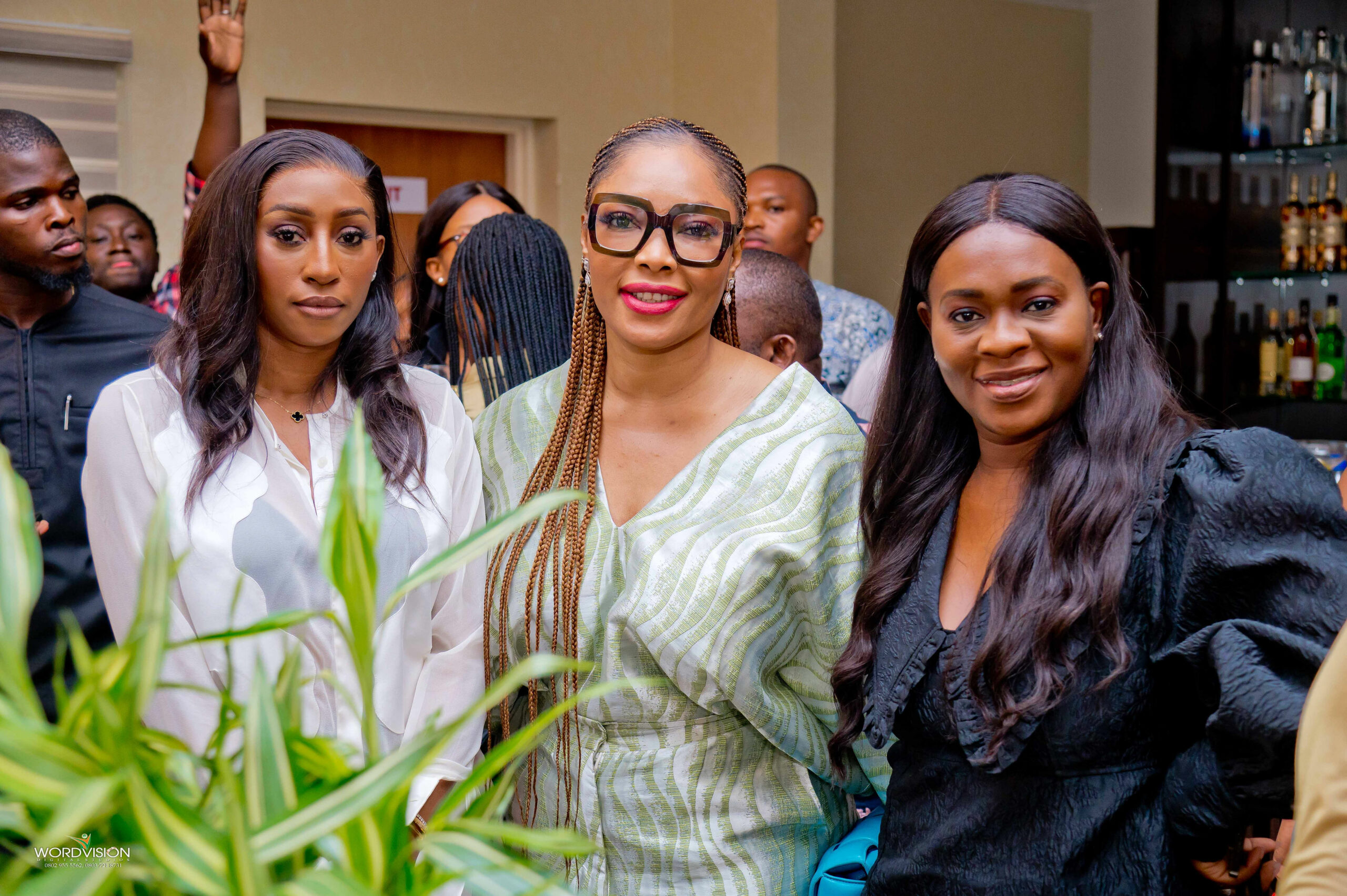 The physical auction, which was attended by the artist’s son, Oliver Enwonwu, marked the historic sale of Ben Enwonwu’s 1977 artwork ‘Agbogho Mmuo’ from the Ogolo series. The artwork was valued at $105,000 at the start of the auction. Both the Split and Lease contracts were auctioned off and won. The work was oversubscribed, with all 100,000 units purchased under a Split contract, increasing the value from a reserve price of $0.5 to $1.05 at the end of the auction. Enwonwu’s artwork was also leased for a year for $1,600. 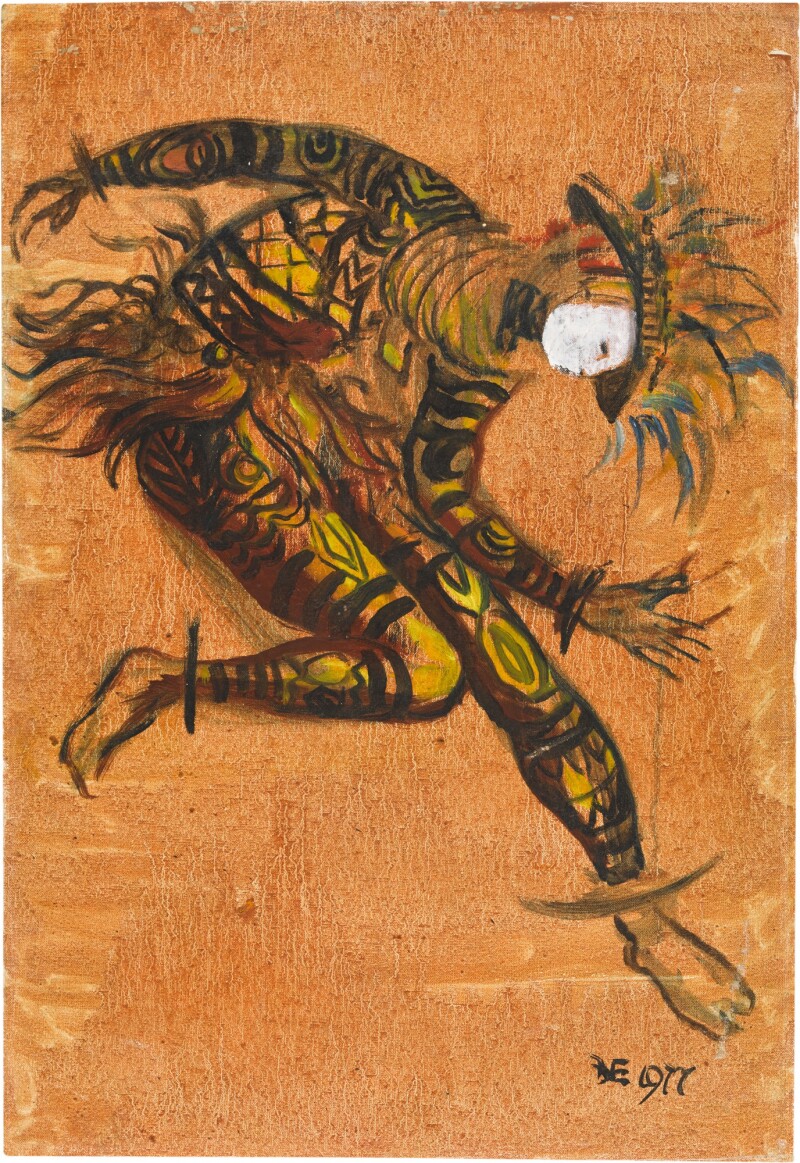 The artist’s work is deeply rooted in the exploration of ethnic identity, as he combines traditional African techniques and imagery with abstraction. The Ogolo series is Enwonwu’s response to the new challenges of postcolonial identity, as well as his reformulations of Pan-Africanist ideologies and indigenous aesthetics. Enwonwu’s masterful technique and superb colour handling capture the essence of the Ogolo performance. It is a visual metaphor for the complexities of human existence, and the actual dance represents humanity’s transitory and fleeting nature. 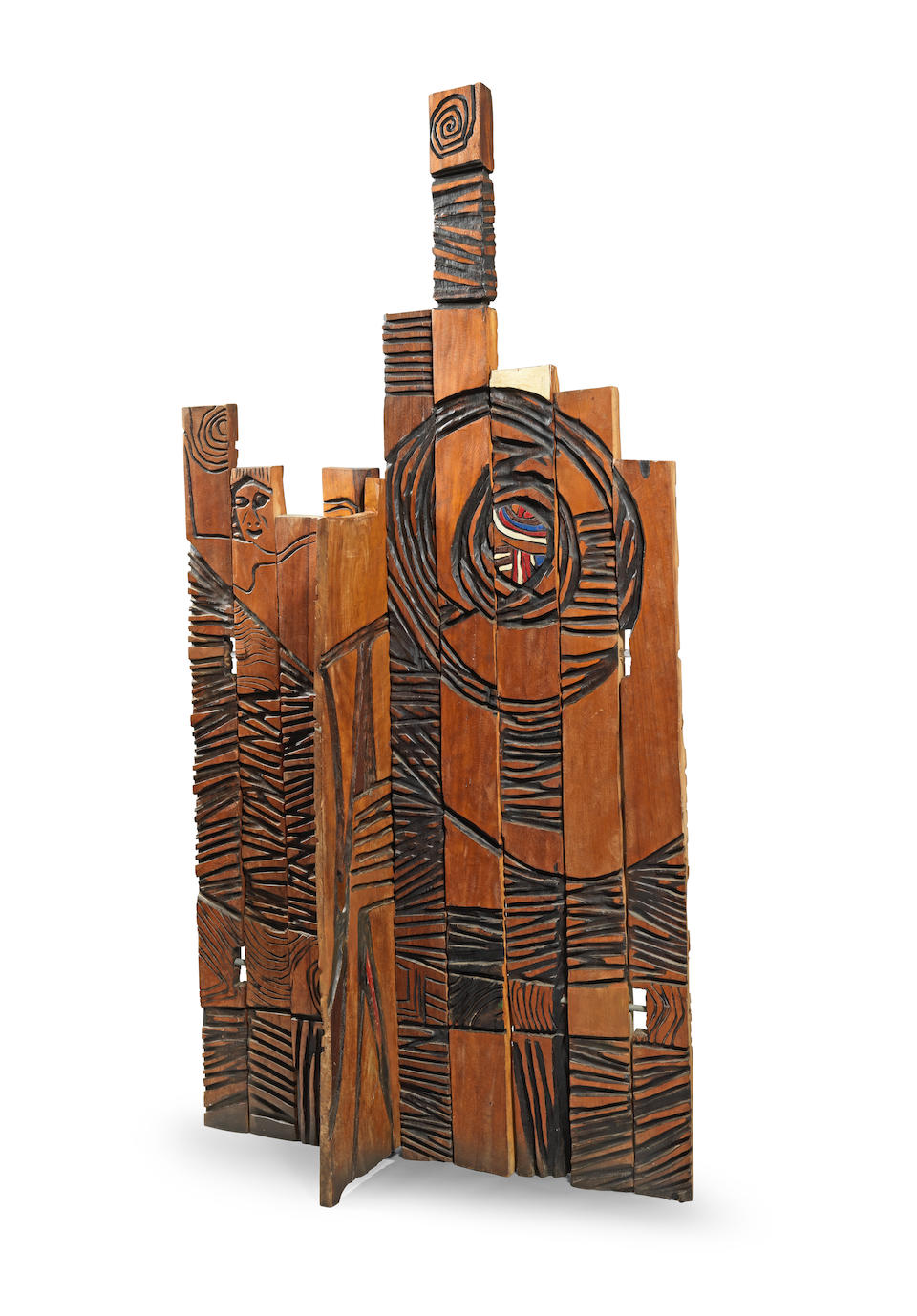 The physical auction also marked the lease sale of Ghanaian sculptor El Anatsui’s carved and painted wood sculpture Human Wall. The 2008 Venice Biennale lifetime award winner is known for his use of simple, recycled materials that are transformed into large-scale artworks and installations. ARTSPLIT auctioned off the lease contract for $2,000. 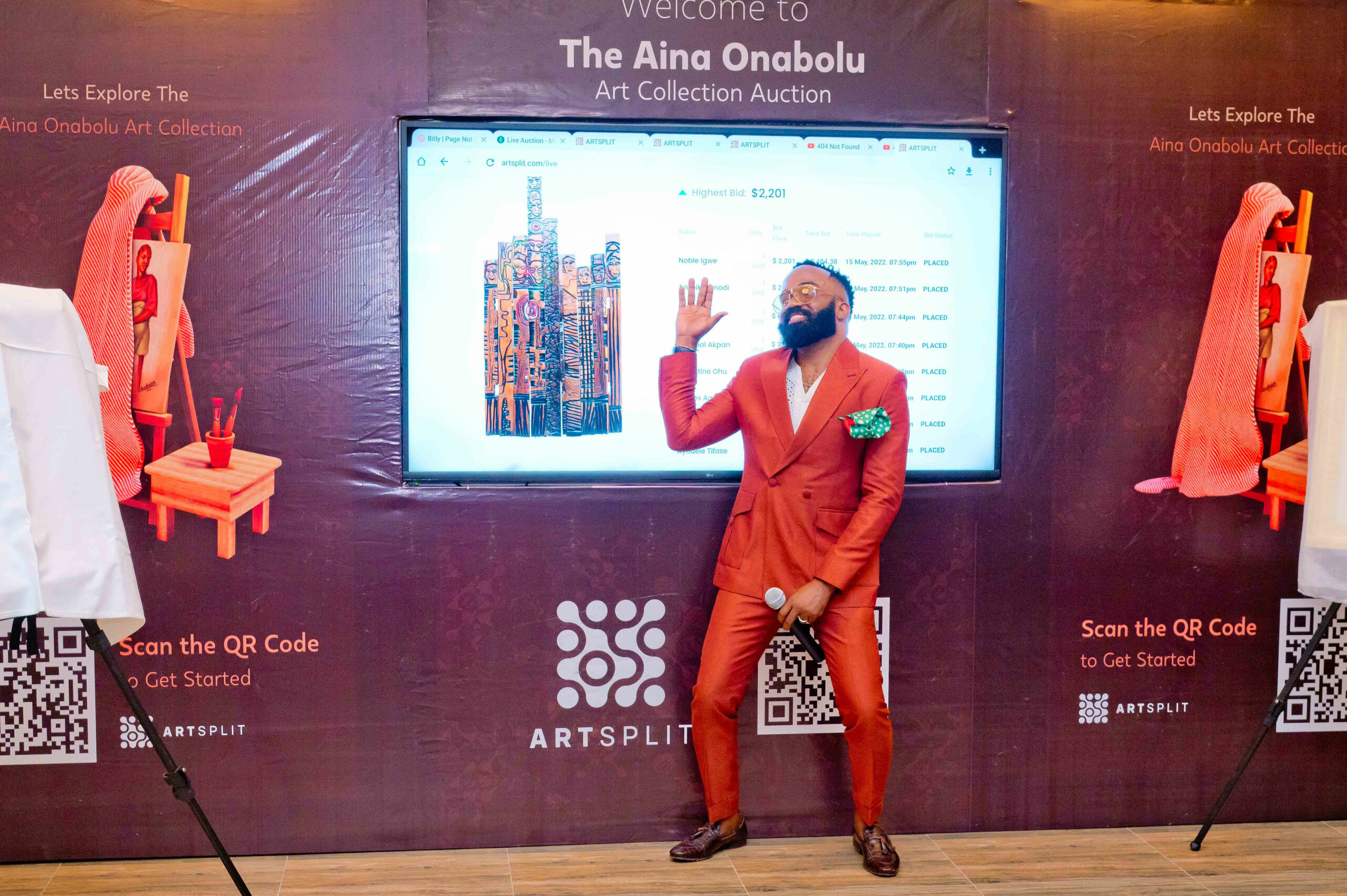 Following the event, Onyinye Anyaegbu, ARTSPLIT’s Executive Director of Operations & Product, stated, “this event justifies the ARTSPLIT model and the opportunity it represents in this niche market.” The goal of ARTSPLIT is to democratise access to investment-grade artwork, thereby raising the profile of African artworks. This allows for asset privileges such as collateral and price discovery for net worth statement purposes, as well as ensuring compelling returns for art investors. ARTSPLIT was founded with this vision in mind and is eager to push the envelope even further.”

ARTSPLIT is building a diverse community of African art collectors and investors and we are excited about the abundant potential that exists. Welcome to the new ART ECONOMY! 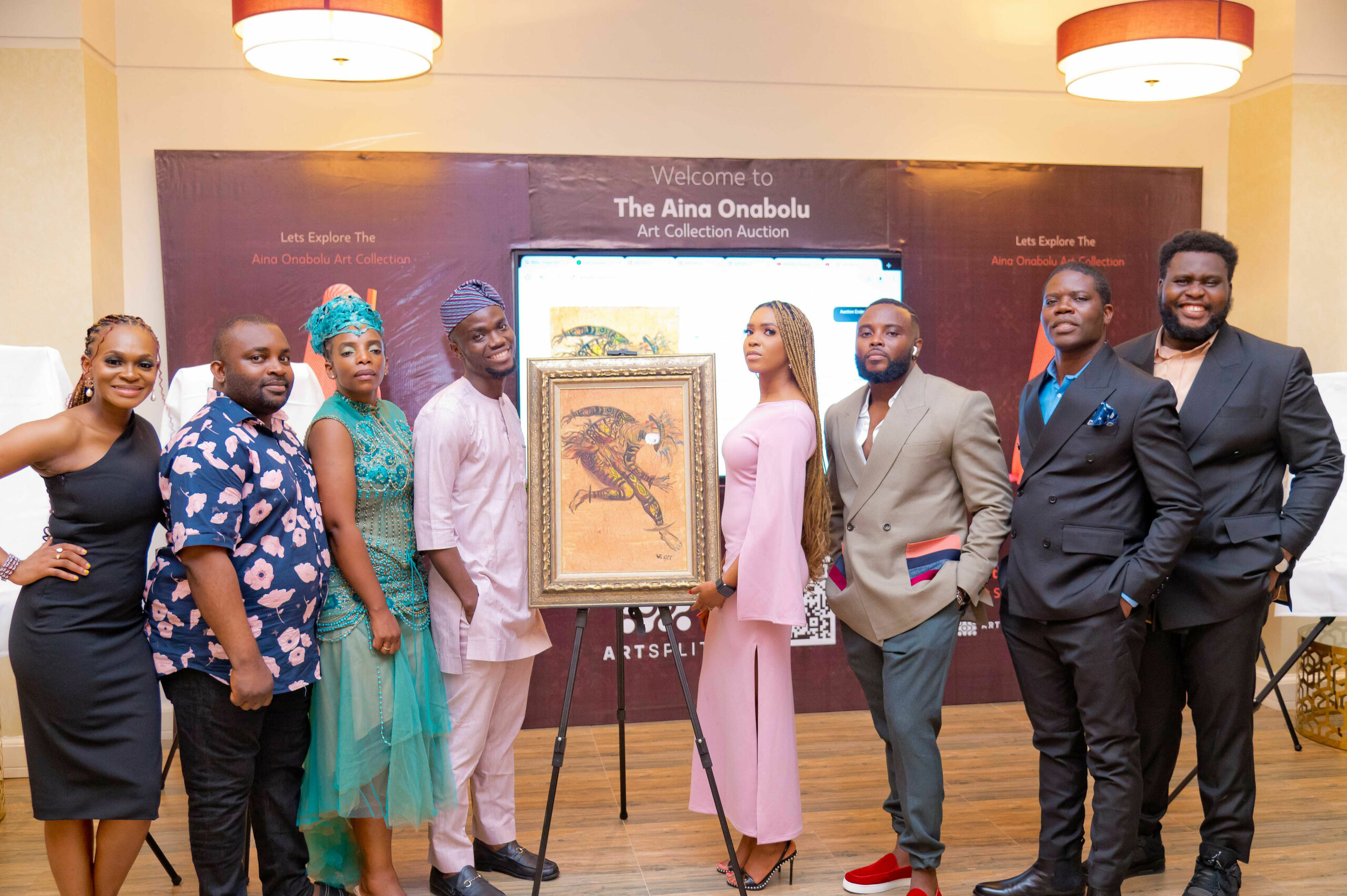