What do you do after you release a commercially successful award-winning movie? For Ghanaian filmmaker Leila Djansi, the answer to that question is simple – start work on your next project.

A few weeks ago at the Pan African Film Festival in Los Angeles, her movie, “I Sing of A Well” won the – British Academy of Film and Television Arts/LA (BAFTA/LA) Festival Choice Award and then her movie “Sinking Sands” was among received 9 nominations for the 2011 African Movie Academy Awards (AMAA) and now new details are emerging about her current film project. 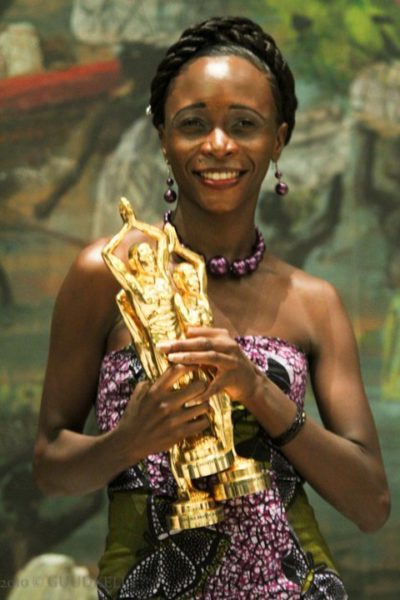 The movie “Ties That Bind” tells the tale of three women –

Adobea, Buki and Theresa are three women from different walks of life bound together by a similar pain; the loss of a child. In a destined meeting in a small village in Kroboland, the women journey together to redemption, love, life and forgiveness as they renovate a dilapidated clinic for the villagers.

The cast is already generating buzz – African-American actress Nia Long, Ghanaian actors Ama K Abebrese and John Dumelo will star alongside Nollywood star Omotola Jalade-Ekeinde in the movie. In a statement released by his publicists, John shared that he is excited about his role and describes his character as a “cool and calm” husband who is unfortunately married to a very difficult wife, but stays determined to make his marriage work. The actor also expressed his excitement about his cast mates, “Nia Long has had a very successful career in Hollywood. I admire her work and, I look forward to a great working relationship with her on set. I am also particularly happy working with Omotola Jalade-Ekeinde and, Ama K Abebrese who are both recognized as talented actresses here in Africa“

“Ties That Bind” is scheduled for release in 2011.