The Effective Use of Your Country's Consulate Abroad 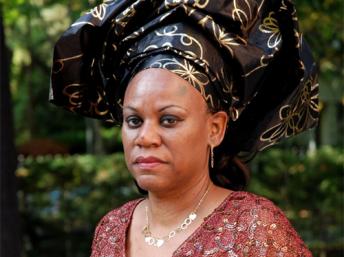 In June, I arrived in Lisbon with a German Schengen visa that was to expire on the 17th and I was speaking at the SWITCH Conference on the 16th. After speaking at the conference, my visa would expire and I would be in Europe illegally. I was very worried. My heart began to pound. If there is anything I hate, it’s not having a valid visa or overstaying my visa. I was worried so I called the organizers of SWITCH Conference. I told them about my situation. Just right after the conference, they left Lisbon and deserted me and my visa situation. The text  I got was: “Let us know if there is anything we can do for you.” I laughed. Of course, there was something you were supposed to do for me. You needed to arrange for an extension for me. I was left to face my demons alone.

I had to turn to my embassy. I sat, frozen, infront of my laptop and thinking of what to do. I sent an e-mail to Ambassador Ijeoma Bristol, the Nigerian Ambassador to Portugal. Within some few minutes, my phone began to ring. I knew she was the one. I picked. She laughed on the phone and said, ‘Did your people abandon you?’ I said, ‘Yes.’ She said, ‘Come to the embassy in the morning and let the consular officer find a way to help you.’

On the next morning, I went to the embassy and the consular officer, Mrs Abimbola Wonosikou, a very lovely woman who attended to me like I was a President began to take care of my problem; she made me sit comfortably in her office while she prepared the documents I would take to the Portuguese Immigration Department. When she was done, I took her signed letter to the Immigration and within two hours, a new visa was ‘stickered’ to my passport with my fine image. The Immigration Officer even asked, ‘How many months do you want?’ Out of humility (and fear), I said, ‘One month is okay. I just want to leave.’ And she issued one month. I hoped then I had asked for a one year visa.

Portugal would be the first country I visited 5 times in one year. I was there in January, May, June, July, August and December. I’m in Portugal now, for a poetry night organized for me, to read in a bar. The moment I arrived in Lisbon, I was invited by the Edo community to attend the Edo Day and it was an amazing experience. I was told that the Ambassador would love to see all Nigerians in the ‘residence’ on the next day. I joined them on the next day, although I came late. It is one of the best experiences I’ve had, with diplomats and representatives of Nigeria.

Back in 2010, I was refused entry into Hong Kong by the Hong Kong Immigration Department, but Consul-General of the Nigerian Consulate, David Obasa and many celebrities in Hong Kong went ahead to petition the Hong Kong Immigration Department and the Director, Mr. Chan was forced to issue my visa immediately and I found myself in Hong Kong, where I had lots of speaking engagements. By the time I was in Hong Kong, my welfare was taken care of by the consulate; I was hosted at the ‘only revolving’ restaurant in Hong Kong by the Nigerian diplomats. Each time I want to return to Hong Kong, the embassy makes sure they process my visa themselves. Yet, I haven’t done anything to deserve this special treatment.

The point I’m making here is this, it is not so with the Nigerian embassies in other countries. I had met Ambassador Charles Ononye in Budapest and he was a very nice and humble man. Few weeks later, he was moved.  In France, it is a different experience. I did not feel the connection. There is no Nigerian embassy in Czech Republic. It is difficult to get into the Nigerian embassy in Italy and I am sure many people have horrible stories to tell about Spain too, but it seems that things are changing. Nigerians in France feel rejected by their embassy. In India, it is one of those horrible experiences we can always have. The diplomats don’t care.

So what do I do? I turn to Rani Malick of the Indian embassy in Nigeria for anything. I can’t ask anything from my embassy, because they will chase me away. “Look at this rogue with dada.”

When Ambassador Ijeoma Bristol hosted Nigerians in Lisbon, I listened to the stories of Nigerians. Criminality among Nigerians in Portugal is low, because they have an Ambassador who stoops so low to try to solve their problems. This may be hard, but a woman with such heart needs to be praised. It doesn’t matter what tribe you are from, as it is the case in India, where the diplomats are bent on helping you based on your tribe. Lady Bristol has also sponsored the trip of a sick Nigerian lady back to Nigeria, to make sure she was well again. Just on the Edo Day, she had come to the venue earlier than the organisers and spent 2 hours waiting for the events proper to start and it didn’t start on time; she had to leave. These are the things one should admire in such lady who just resumed office.

During her appointment as Ambassador, critics, like Reuben Abati had written her off, based on personal instincts, but with what she is doing at the moment, she is proving all critics wrong.  Nigerians in Spain may have started moving to Portugal because of Lady Bristol’s motherly love.If all diplomats could emulate Lady Bristol, by understanding the human predicament, maybe, we can have a group of Nigerians abroad who will start having the interests of the country at heart.

There are many reasons, however, why Nigerian representatives abroad don’t like to associate with their nationals. Most Nigerian citizens who have ended up in Tihar Jail in India never get visited by their representatives; Americans and Canadians in jails in India always get visited by their own people, wanting to know a way out. It is a pity that they don’t know that they have nothing to lose if they visit their nationals who are rotting in jails in foreign lands. If other embassies open up their doors just like Lady Bristol, we might just have a few Nigerians staying outside Nigeria illegally and making terrible moves.

It is also true that most Nigerians abroad engage in things that put the embassies in trouble. Last time, a member of the Nigerian embassy in Czech Republic was shot to death by a Czech man who has been duped by a Nigerian via the internet. He was so angry that he went to the embassy and rammed bullets into whoever he could find in the embassy. The embassy was shut down. These are their fears, I understand, but there are ways to stop these things from happening and that is by getting closer to your citizens abroad.

Honestly, there is no big deal in trying to solve the problems of your citizens abroad, because, simply, as I believe, they are the reason why you are where you are.

BN Cuisine With Chef Fregz: The Tips & The Sweet Stuff