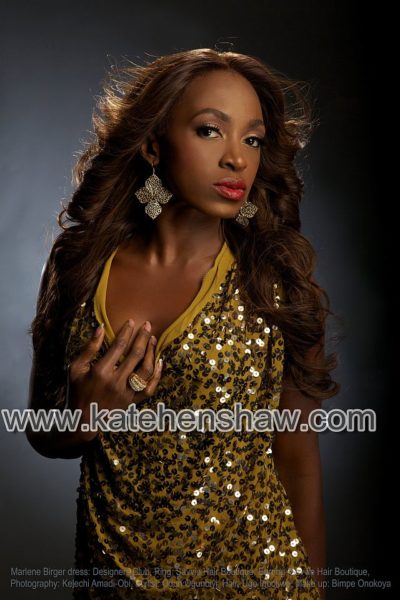 The news broke via That1960Chick last week and now it has been confirmed that Kate Henshaw is the new brand ambassador for Samsung West Africa.

You can read an excerpt from the press release below.

Samsung Electronics West Africa has unveiled its 2013 brand ambassadors for its Mobile Division. Movie Industry Icon Kate Henshaw and Star musician, Banky W, will be working together to raise awareness for Samsung mobile products and ultimately contribute to making Samsung phones the preferred brand in the West Africa sub-region. Henshaw was officially unveiled as brand ambassador at a media breakfast meeting organized by Samsung.

Speaking at the unveiling, Managing Director, Samsung Electronics West Africa, Brovo Kim stated that Henshaw and Banky W represent the values that Samsung has stood for over the years. “The Samsung brand stands for qualities of innovation, change, discovery, self-expression and excellence in performance. And these very same qualities are epitomized by Banky W and Kate Henshaw, whose quality and depth of work as well as versatility as artistes have endeared them to Nigerians today. We are indeed very proud and privileged to have them as our Brand Ambassadors.”

Kim further described its signing of Kate Henshaw as an opportunity for Samsung to reach out to its customers through Nigeria’s movie industry. “We want to further connect with our customers at all touch points, especially through film as it is one of the passions of people in West Africa.” he explained. Samsung plans to leverage Henshaw in its brand advertising as well as product advertising for mobile phones.

Congrats Kate! Veteran actress Kate’s profile keeps rising. She was a judge on “Nigeria’s Got Talent” in 2012 and great to see her kick off 2013 with a bang.