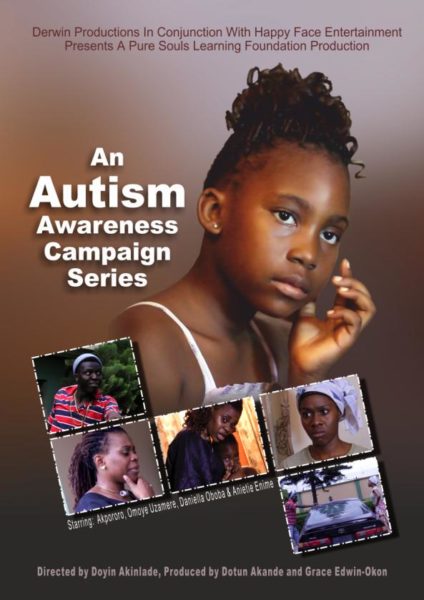 In line with advancing an awareness campaign for Autism in Nigeria, Pure Souls Learning Foundation and Derwin Productions in collaboration with Patrick Speech and Languages Centre have created a short film to raise awareness of Autism.

The launch of the film will take place at the “Talent in Autism Show“; a yearly event aimed at showcasing the gifts and the hidden talents in the children, as well as adults living with Autism in Nigeria. After the launch, the short film will then be launched online.

Show support for the Autistic in Nigeria by showing up.