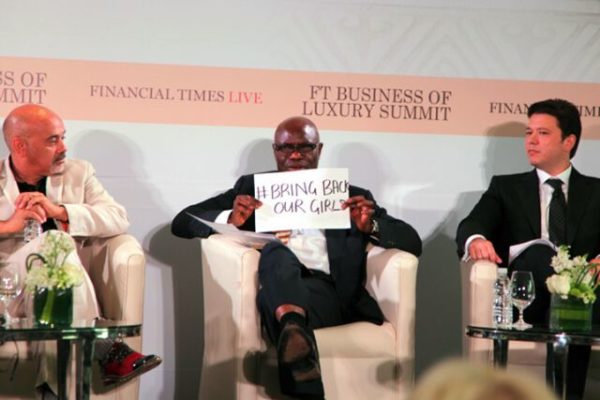 Founder and Managing Director of Polo Luxury, John Obayuwana, was recently at the 2014 Financial Times Business of Luxury Summit.

The summit which took place at the St. Regis Hotel in Mexico City, on Sunday 11th – Tuesday 13th May 2014 focused on the economies and the luxury industry of Turkey and Africa. Other members of the panel included Christian Louboutin, Burak Celet and William Hutchings.

During the panel session, John Obayuwana joined a list of politicians, celebrities and activists in the #BringBackOurGirls campaign, bringing out a sign with the trending slogan written on it. He used that opportunity to enlighten the attendees on the ongoing struggle to safeguard the return of the girls kidnapped by Boka Haram in Borno State. 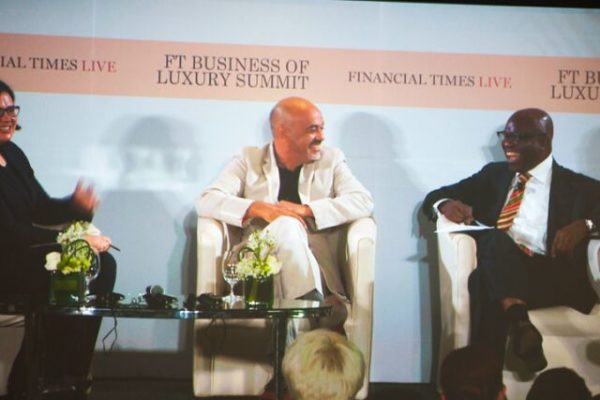 “We Are Soldiers, We Choose to Fight”! Samira Sanusi Launches Sickle Cell Anaemia Inspired Book – “S is for Survivor”