The American singer who is expecting her first child with manager/hubby Tim Witherspoon, debuted for the first time at an event her growing baby bump in a black dress.

Kelly who was holding her bump throughout the party, styled black dress with diamond earrings, a black wrist watch, her wedding ring and black booties.

Also spotted at the party were Tina Knowles, Randy Jackson and Carmelo Anthony. 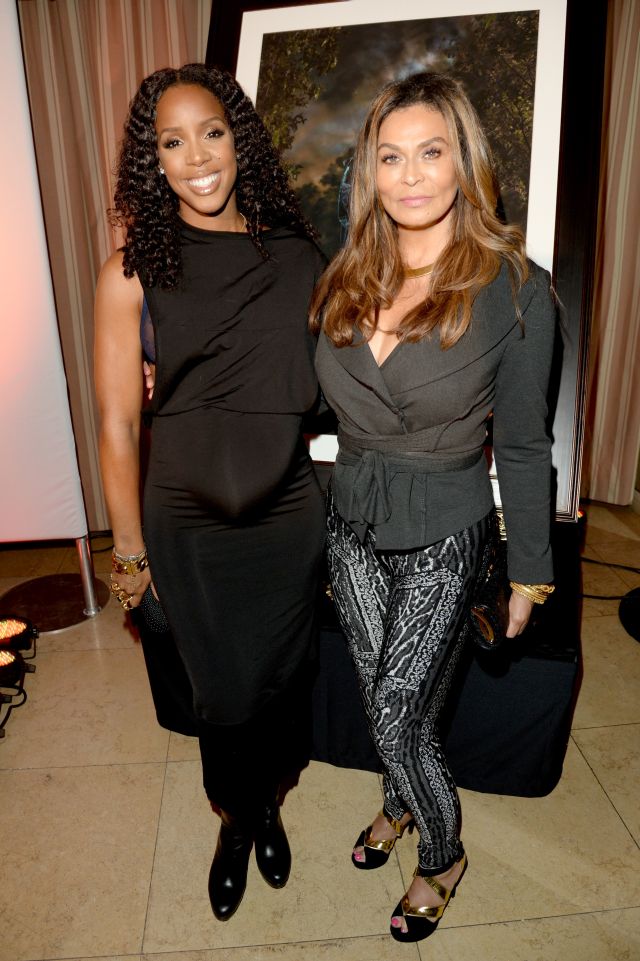 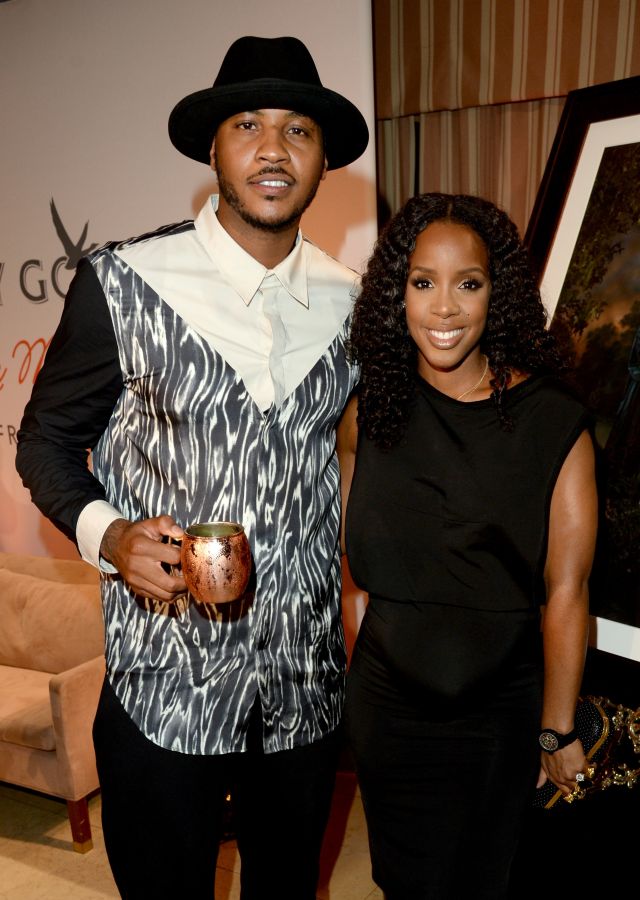 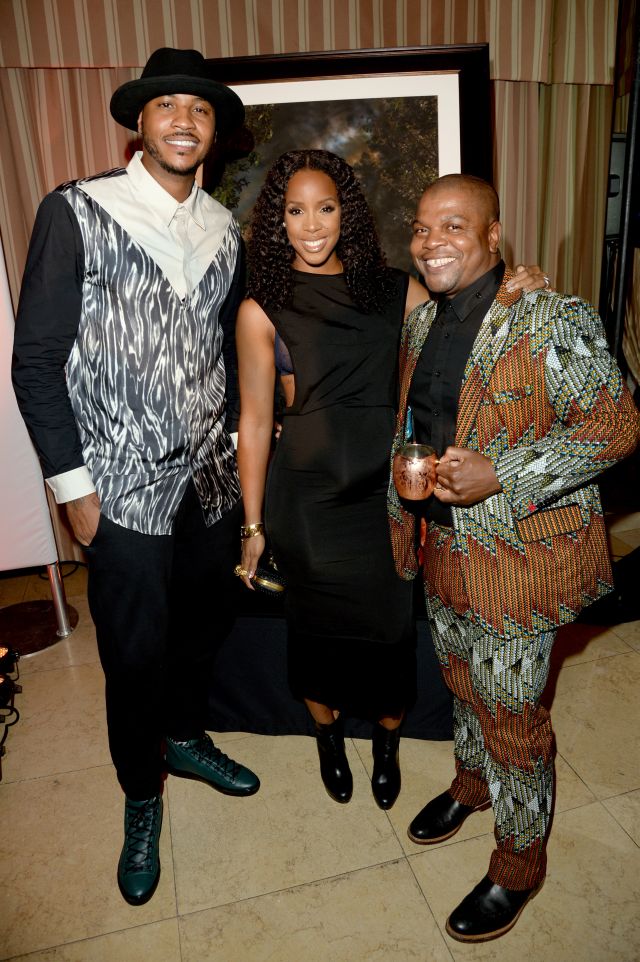 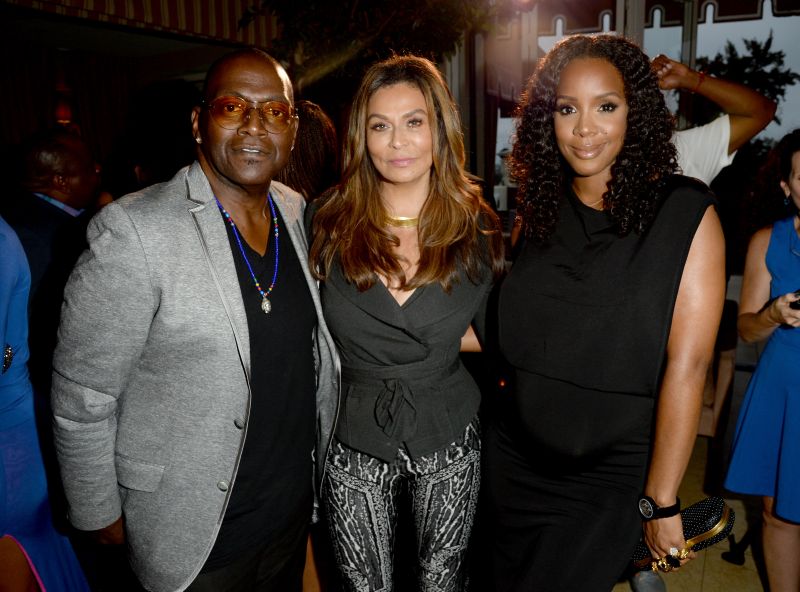