Thanks to an Old Friend, We've Got #TheATwedding21! Aramide & Tomi's Pre-wedding Shoot

It was love at first sight for Jumoke and Jeremy who are getting married next month – August in the capital city Abuja. The fun couple played football, rode a bike together and more in their pre-wedding shoot! 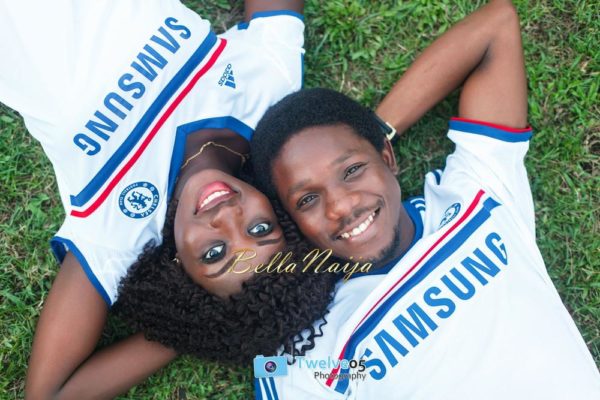 How We Met
from Jeremy
I met Jumoke for the first time on the 15th of October 2010. It was a very special occasion for my family. My dad just turned 50 and we were having a big celebration at the church that fateful evening. At this time Jumoke was in 300 Level at Salem University which was coincidentally the same school my younger sister attended. She was in the school’s choir and my sister alongside the choir came from Lokoja to Abuja to attend my Dad’s 50th birthday celebration. 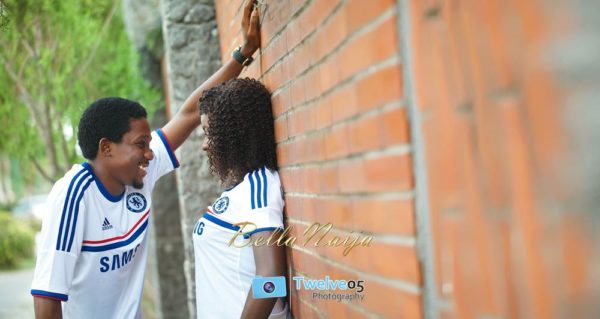 I recall being very busy, running around to ensure every guest was attended to but when the choir was about ministering I suddenly looked into the choir and then sighted a very pretty, dark-skinned lady with very lovely white eyes starring directly at me. Immediately I said to myself, “who is this pretty black beauty?” 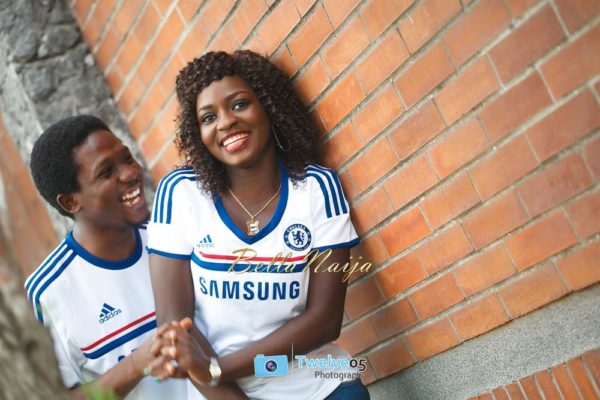 As soon as the celebration was over, I walked straight to the choir to thank all of them for coming including Jumoke, that’s when I said Hi to her for the first time. Later that evening I went to my sister asking about this damsel I just saw. My sister quickly refuted with a sentence “she is my friend, please leave her alone”. Apparently, they were roommates and best of friends in school. Since my sister wasn’t forthcoming with my questions I quickly went to Facebook and searched for her name after getting it off my sister.

I recall this was my first message to her the next day, the 16th of October 2010. “Hi Jumoke, guess you would be leaving for school b4 I return cos I would be going to lag tomorrow evening! Saw u during our program and I did like your disposition, I would like to get to know u better if you don’t mind! Please confirm receipt of this message and revert! 0805******8, 0703******6! those are my numbers. Take care and remember God is on your side”.

Here was her reply that same evening very short and brisk “Hey Jerry, how’re you doing and hope you’re good? Here’s my no. 0705******1. Hope u had a safe trip back to Lagos. Take care and have a pleasant night rest.” 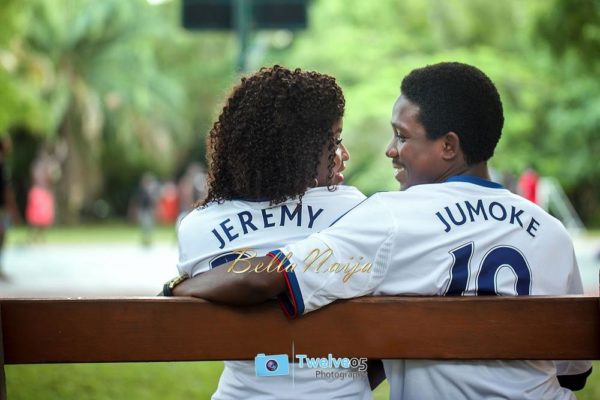 Soon after, we became friends and kept the communication going. On one of her short visits to Lagos sometime in 2011, she obliged my request to go to the movies together after which I dropped her off at her aunt’s place but I recall before she left we both knew and acknowledged the strong chemistry building with our daily communication.

January 29th 2012, she visited Lagos again and I invited her over to my house. On that fateful day I asked her into a relationship and I got a quick positive response. Apparently, she knew it was coming and had her decision made already only waiting for me to say it. After she said yes I needed to get her lunch so I made haste to the closest Chicken Republic at Falomo. As soon as I entered the Chicken Republic the song that began to play was “No Be Mistake” by 9ice. I was glad and within me I knew I had made the right call.

How We Met
from Jumoke
…love at first sight is said to be the only truth, ours is no exception!!! 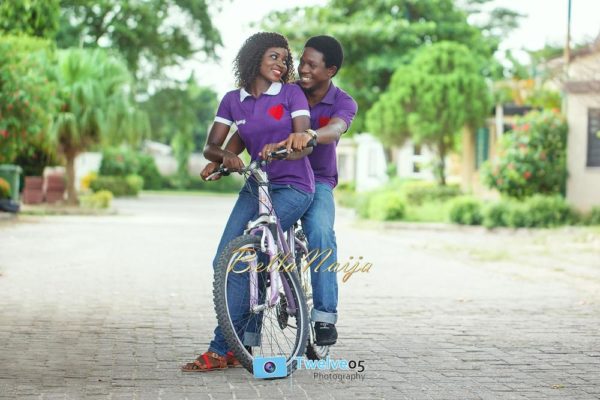 I can never forget that moment I first saw him, it was on his dad’s 50th birthday, my choir was invited to minister and I was a part of the lead backup singers…(his sister Comfort was my closest friend in school then and all the while I visited her on hols, I never really met her brother; now my fiancé ) I didn’t even notice him at the party until that special moment it was time to launch a book his dad wrote and he stepped out…I was like O…M…G!!! “Who’s this cutie???”, immediately I tapped a friend who sat close and was like dat guy is soooooo cute (already I knew it was my friend’s brother so I snapped out of d feeling as soon as I could)…that night…that moment…I knew something clicked, I felt it soooo strong on my inside… 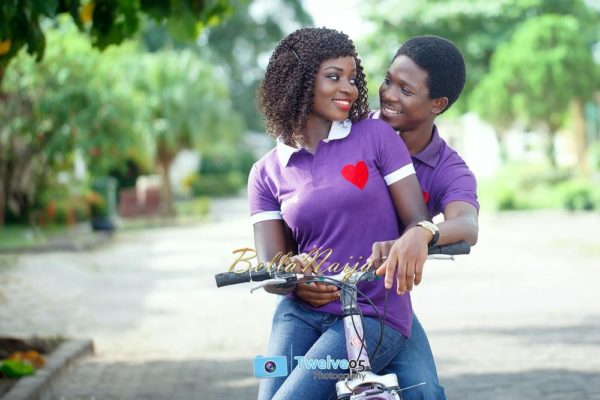 Even though I knew I’d love to see him again, I didn’t let my feelings show, I just told myself “Forget this dude o, he didn’t notice you”…lol and I wasn’t even ready to push for a relationship, I was ready to wait for my Mr. Right somebody…hehehe.

Guess who called me a few days later??? you can imagine how excited and surprised I was after I picked his call, obviously he also noticed me! 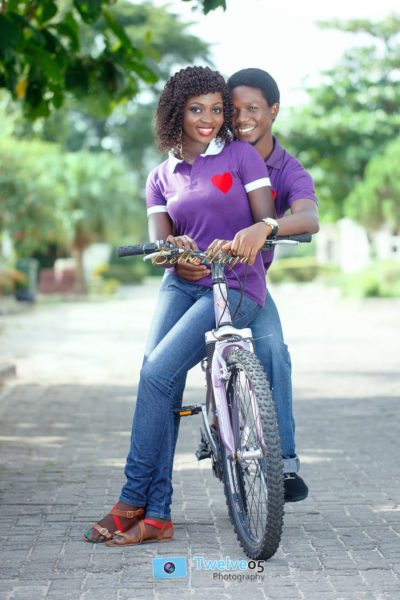 From that day we became friends, he called often, talked about life, we became really close friends for two years, It was worth it mehn, We started dating 29th January 2012…the decision I made that day gave my life a new meaning, Loving you Jeremy… makes me feel like nothing can go wrong, I’m getting married to My buddy, My best friend. Feels like a blessing, we would spend our forever together. 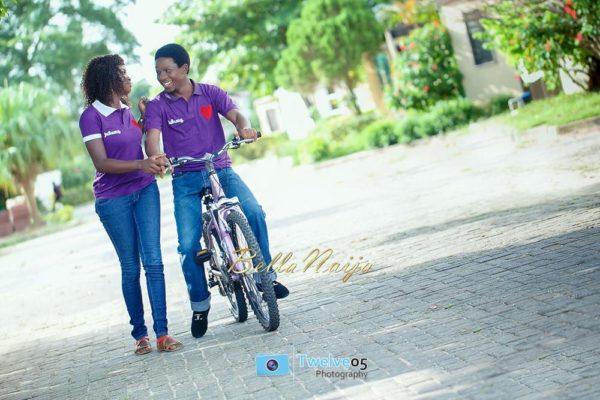 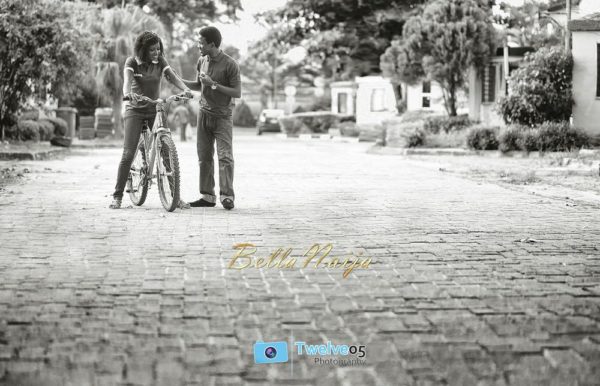 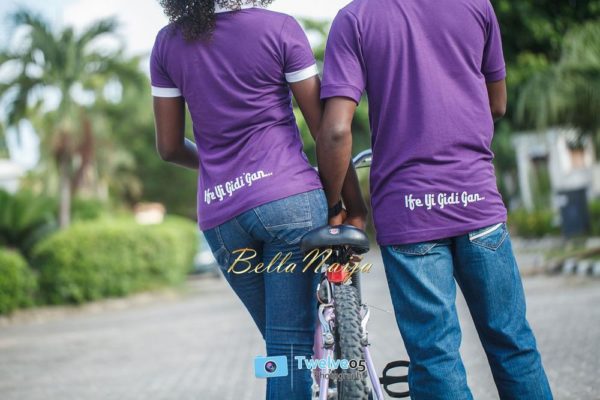 “This Love is Real”

How I Proposed
by Jeremy

After dating for a year and 7 months, on the evening of 15th October 2013 I popped the question. This was exactly 3 years from when we first met. I had bought the ring as far back as July and I stare at it every day looking for the right time to ask her to marry me. I also didn’t want her to suspect it was coming so I was weary of having any occasion that would make it obvious I was about to propose.

On the fateful day she had visited me in Port Harcourt (I had recently relocated from Lagos to PHC) and we were returning from the cinema. I was on my way to drop her off at my elder sister’s house when I decided to have a brief stop at my house that evening. We got carried away gisting and based on the context of the gist and with the spur of the moment, I stood up went to where I hid the ring and picked it up, knelt down, said a few lines and popped the question. I never planned to do it that night but I felt strongly in course of our discussion that it was the right time, more so because I was weary of the certain pressure she could be under if subjected to any proposal party or occasion I was strongly considering. I wanted her to have the opportunity to accept or decline with no pressure so at the moment I made the judgment call that the evening was the best time, just between myself and her. 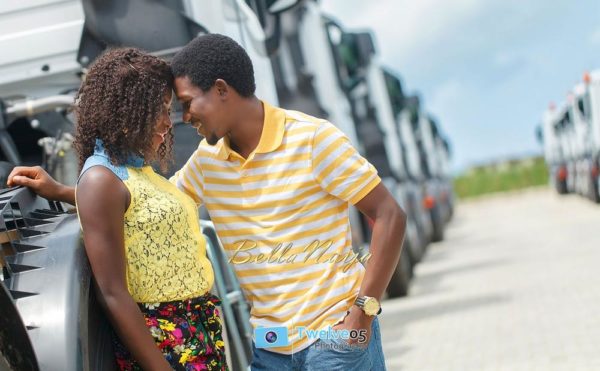 I was glad that she said yes with tears in her eyes. She didn’t see it coming but she had her conviction long ago. Having achieved this, I set out to give her a proposal memory and story to tell her friends when asked “how did he do it?” lol…

So it was during her birthday on the 24th November, I re-proposed. I had thrown a surprise party for her and had invited both her colleagues in the office, our mutual friends and mine. I had told her earlier that I would be taking her out for a dinner just myself and her to celebrate her birthday. On our way we branched to the venue of the surprise party although she thought I was branching to pick up her cake. I asked her to come in to see if she loved the cake only for her to walk into the midst of her colleagues and friends in my surprise party I had thrown for her.

During the party though, I did honor her again, knelt down, took the engagement ring off her finger and re-proposed in the congregation of witnesses present. Of course! She said yes again…..lol 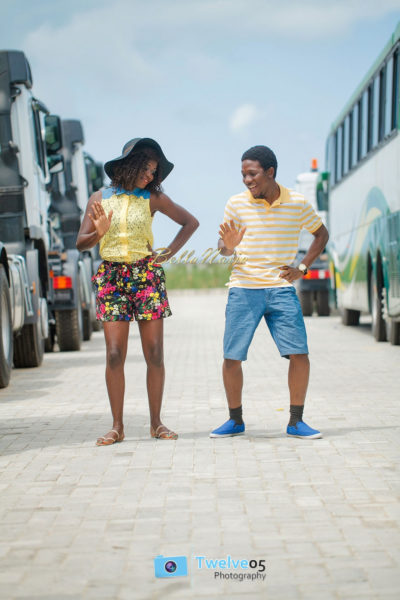 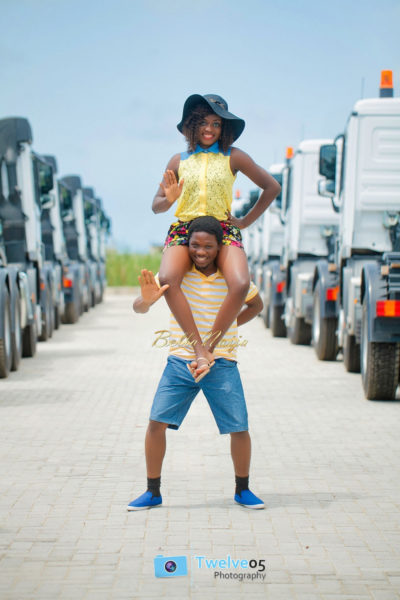 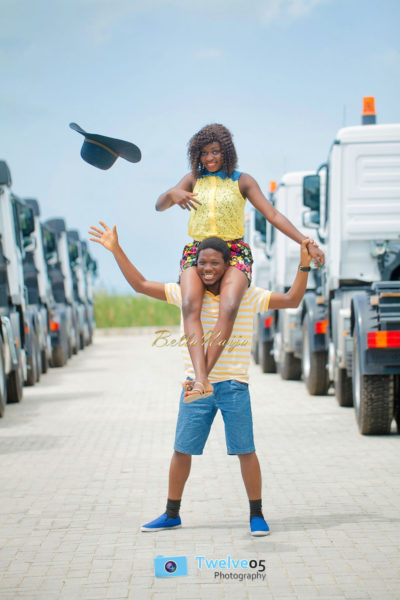