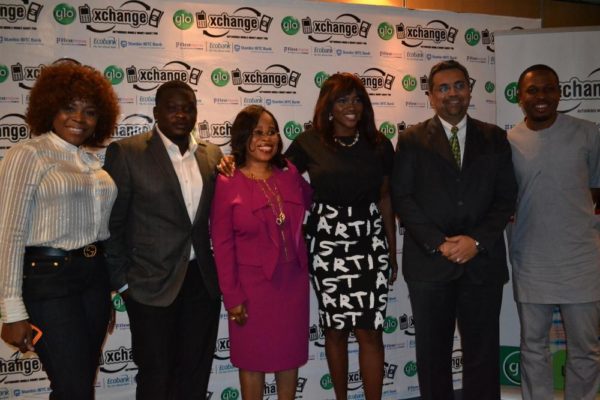 The Governor of Central Bank of Nigeria, Godwin Emefiele, in a statement he personally signed, said the initiative marked the beginning of the deeper collaboration between the financial industry and the telecommunications sector.

He congratulated Globacom for launching the first mobile money Super Agent Network in Nigeria, saying it was a win-win situation for all stakeholders.

Globacom’s Head of Corporate Sales, Kamal Shonibare, said Glo Xchange would avail the mobile money sector of the much needed agent network across the entire country, as well as the technology platform required for seamless mobile money transactions. 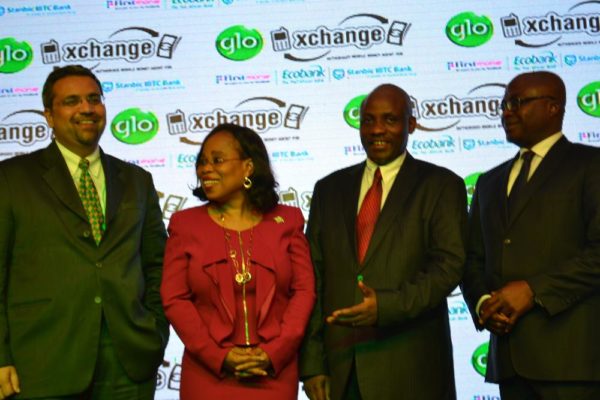 He added that the initiative would provide the partner banks on the project with the telecom company’s extensive network of 150 Glo World & Glo Zone shops, over 35,000 Glo Dealer and sub dealer outlets and over 400 Con Oil filling stations across the country. He also said that that had positioned the Glo Xchange platform for phenomenal success from its first day of operation. The initiative is also leveraging on the Association of Community pharmacists of Nigeria (ACPN) with their over 7,000 outlets.

Shonibare said the partnering banks and Globacom would collaborate to ensure that mobile money reached the critical mass of the people across the country, leveraging on the parties’ extensive retail market experience and customer-base to build an unprecedented mobile money distribution chain across Nigeria.

“The obvious push to reduce the physical movement of cash during business transactions in the economy has stimulated the “marriage” between telecoms operators and the banks, which invariably led to the birth of Glo Xchange“, he remarked.
He said Glo Xchange offered a robust platform to provide mobile money service to both banked and unbanked Nigerians, enabling existing and potential customers of partner banks to carry out transactions under the three key areas of banking transactions – deposits, withdrawals and transfers.

Speaking at the launch event, the Managing Director of Firstmonie, Mike Ogbalu, said that Glo Xchange would make financial services available to more Nigerians especially at the grassroots, corroborating the Ecobank’s Executive Director, Kingsley Aigbokhaevbo’s assertion that the Network, through Glo Xchange, would drive financial inclusion in the country. 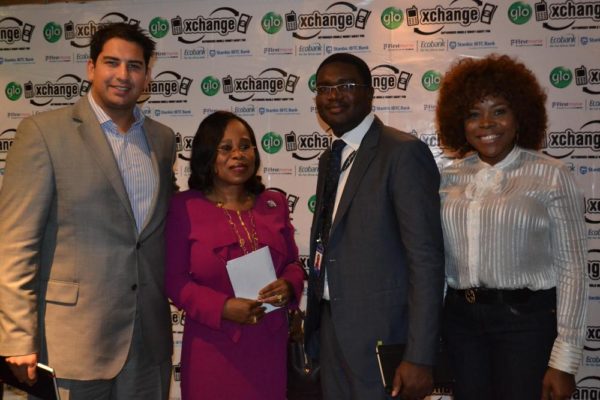 Aigbokhaevbo cited the example of the Conditional Cash Transfer program of the Federal Government as one of the ways in which mobile money is already impacting positively on the lives of the common people through Globacom.

He disclosed that under Glo Xchange platform, Ecobank mobile money wallet, hosted on Glo Mobile lines, was already being used to disburse monthly subvention to beneficiaries. He added that youth farmers in Ekiti State were also receiving subsidies through the same means.

Speaking on behalf of Stanbic IBTC, Executive Director, Obinnia Abajue said his bank was proud to be associated with Globacom because “Glo, in its characteristic manner, has provided the bridge that will deliver true financial inclusion in Nigeria“.