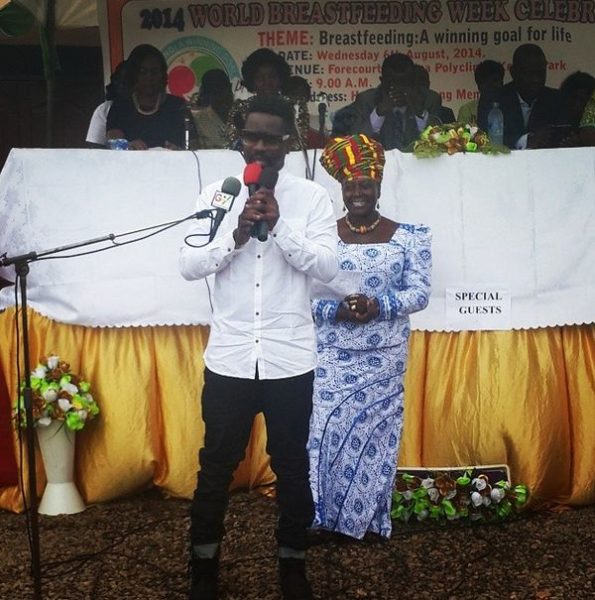 The World Breastfeeding Week kicked off on Friday 1st August 2014 and will run till Thursday 7th August 2014.

The slogan is “Breastfeeding: A Winning Goal for Life“. It is to raise awareness of increasing and sustaining the protection, promotion and support of breastfeeding.

Ghanaian rap star Sarkodie announced via social media that he has been named an ambassador in Ghana to promote breastfeeding.

“Let’s save our babies” he says. “ One thing women must be educated on is breastfeeding… And I’m championing this course.” he finishes.

Here is a photo of Hollywood actress Olivia Wilde breastfeeding her baby boy, Otis with partner Jason Sudeikis in the new issue of Glamour Magazine‘s September 2014 issue, to mark the worldwide event.

Guess Who Wants to be Governor of Rivers State in 2015? It’s Julius Agwu!