Ahhhh! The Dubai Miracle Garden is one spectacular sight. It served as the breathtaking backdrop for Tari & Toyo‘s pre-wedding shoot captured by AkinTayoTimi, also known as “Ty Magic” 🙂

Their laughter, chemistry and the colour in this shoot is sure to bring a smile to your face.

How We Met
from Tari, the bride
We met during NYSC in 2008, he was two batches my senior, and we were both serving at Mobil Nigeria PLC. We had a mutual friend Bimpe. I was working in Drilling and he was working in the Reservoir Engineering department. I was on the 6th floor and he was on the 9th floor. Our friend Bimpe is an engineer and I’m an accountant, so naturally she got on pretty well with the other engineers including Toyo. Her work station was pretty close to the loo, so I was bound to see her everyday. Bimpe always had visitors at her desk including Toyo, but as the shy babe that I am, I usually greeted her only and overlooked the others.

Anyways I think Toyo had noticed my overlooking and complained, “this babe doesn’t say Hi to me o”, and Bimpe being the babe that she was, came and gave the ‘feedback’, as they say feedback is the food for champions.

Fast forward a couple of days later, I saw Toyo at the car park and I knocked on the window and said an exaggerated “HIIIIIIIII!”. He laughed and asked me to sit in the car and I think we gisted randomly and then I left, not sure when the phone number exchange happened but it did (No PIN, and What’s App then).

But I do remember that after that we were gisting all day everyday, I remember buying a Glo line just so our calls would be cheaper (those days of N50 per minute tins, Oh Lawd, how things have changed). Anyways 4 months of non-stop calls, texts, and hangouts …….. He officially asked me to be his girlfriend (Times have changed o) Lol.

from Toyo, the groom
We met during our NYSC at Mobil. I think she was 2 sets after me. Anyways here I was, a hard diligent worker fully focused on my duties in the office, then this new set of Corpers started work and they were just everywhere. I used to go visit a friend of mine, Bimpe, regularly on another floor, where Tari was based and I noticed everytime she walked by me, she made sure to avoid any eye contact whatsoever, which was weird lol.

Anyways, I mentioned it to Bimpe, who decided to mention it to Tari. The result was that a few days later, while driving out of the car park, she knocked on the window of my car to say hello, and I asked if she wanted a ride to the gate (which she did not need as her car was in the same car park loll… hey, but I did not know) and that was the beginning…

The Proposal
from Tari, the bride

Toyo and I had been dating for 5 years non-stop by 2014, and we discussed previously about when we would be ready to settle down, and of course we identified boxes we wanted to be ticked before settling, by 2013 by God’s grace, most boxes had been ticked and so the clock was ticking, he had asked what kind of ring I liked, on one of our trips to Yankee (the US), I had pointed out my preferences, so girls were getting excited. 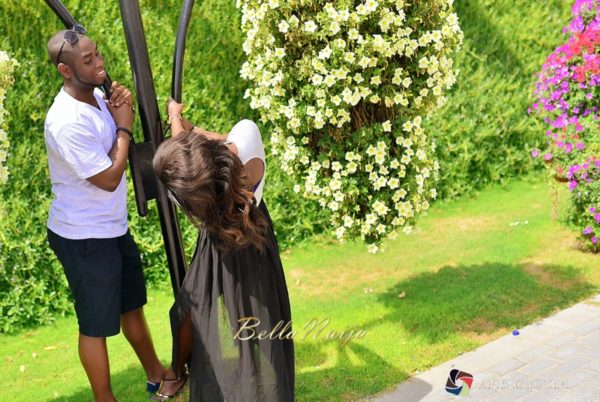 Summer of 2013, he came to Naija for hols (After NYSC, we both relocated to the Uk for school and work, and I moved back to Naija late 2011 while he remained) as was the compromise we had to see each other at least every 3 months because of the Long Distance Relationship. 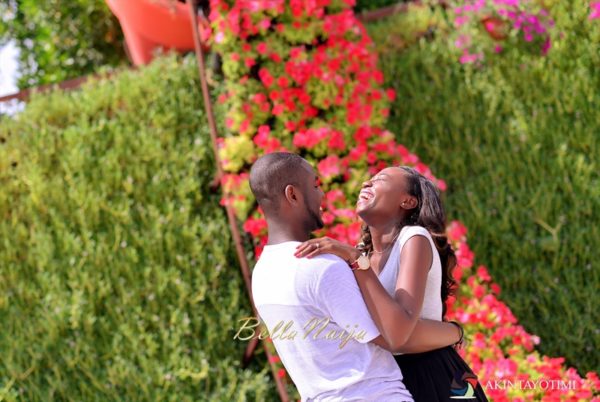 September 2013, he came around and babes were expecting things to happen, but nothing, December came, he came to town, ah ah, nothing, January 1 nothing, on January 10th, the last day, my mind had concluded that on the next holiday it would happen.

January 10th was my best friend, Ada‘s birthday and we were planning a surprise dinner for her at Radisson Blu, VI. 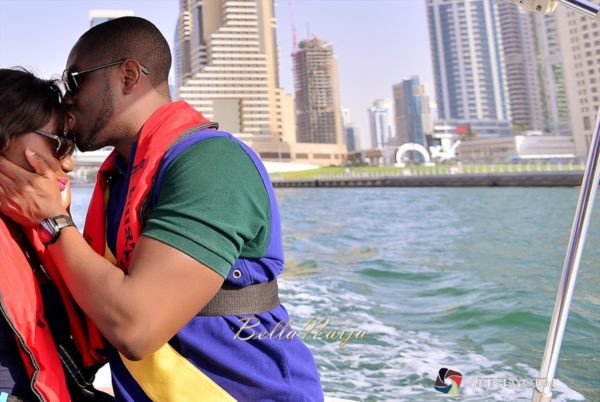 We went to the dinner and Ada was surprised of course, and we ate, had drinks, gisted and we were merry…. The bill came and the accountant in me began scrutinizing the bill to be sure (You know how this things are na).

Anyways from the corner of my eyes, I saw a cake and I thought it was for Ada when suddenly the cake landed in front of me with words MARRY ME, I looked to Toyo’s side and he was on his knees. As usual, I don’t remember anything he said or didn’t say, but I do remember him slipping the ring on!

from Toyo, the groom
Well, considering that we had been dating for over 5 years, I think if I decided to take her out for a romantic evening or anything special, she would have been expectant of a ring lol (she prefers to think she’s smarter than I am, so I let her). So I decided that I would do it on one of her best friend’s birthday, of course with her (the best friend, Ada’s) permission.

My fiancée, I think, decided to take the day off that day (or half day?), so it was almost impossible to go and make arrangements as she insisted on spending time with me, since I was going to head back to London. So I had to engage my beautiful sister to go make all of the arrangements for me.

The birthday dinner was hosted for Ada, and throughout the dinner, I could barely taste the food as I knew I was going to propose in public, which was not my first choice, but my sisters insisted. Anyways, we ate dinner, had cake, took ice cream, drank wine, and then the bill came.

So while the accountant in her was scrutinizing the bill, I had them bring a tray with red petals arranged and the ring in the middle of it, while the conventional cake with “Will you marry me?” followed. All through this, she was still looking at the bill not knowing what was happening.

She finally looked up and saw me kneeling down with everyone staring at her, and then I popped the question and the tears started pouring it out, not from my face of course. I figured that was a “YES!” to my question but I insisted she say the word, just in case the tears were for something else lol.

The Perfect Proposal? We’re Speechless … Check This Out!