Chris Rock covers the latest issue of New York where he dishes on his newest film Top Five and the Bill Cosby-scandal.

The 49-year-old actor and comedian also talks about the Ferguson saga, income inequality and much more. 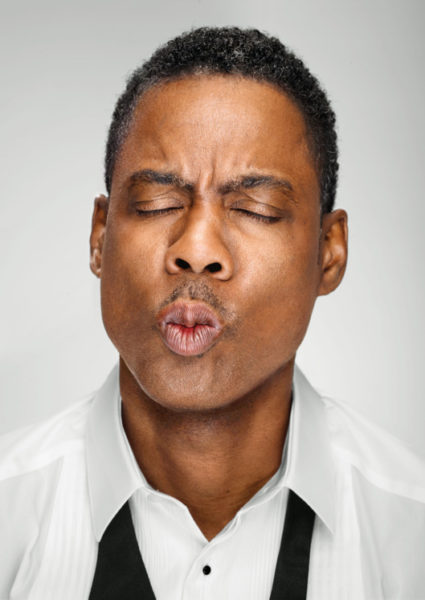 On Bill Cosby: “I don’t know what to say. What do you say? I hope it’s not true. That’s all you can say. I really do. I grew up on Cosby. I love Cosby, and I just hope it’s not true. It’s a weird year for comedy. We lost Robin, we lost Joan, and we kind of lost Cosby.”

On Barack Obama: “Kind of cool. I always say, cooler than most politicians, not as cool as actual cool people. He’s not cool like Jay Z’s cool. He’s not Eddie Murphy. But in a world of politicians …”

On income inequality: “If poor people knew how rich rich people are, there would be riots in the streets. If the average person could see the Virgin Airlines first-class lounge, they’d go, “What? What? This is food, and it’s free, and they … what? Massage? Are you kidding me?”

On being black and rich: “I don’t think I’ve had any meetings with black film execs. Maybe one. It is what it is. As I told Bill Murray, Lost in Translation is a black movie: That’s what it feels like to be black and rich.”

On what he would report on Ferguson if he was a journalist: “I’d do a special on race, but I’d have no black people. Here’s the thing. When we talk about race relations in America or racial progress, it’s all nonsense. There are no race relations. White people were crazy. Now they’re not as crazy. To say that black people have made progress would be to say they deserve what happened to them before.”

On Robin Williams, and comedians killing themselves: “I mean, we always say ignorance is bliss. Well, if so, what’s the opposite? Some form of misery. Being a comedian, 80 percent of the job is just you notice shit, which is a trait of schizophrenics too. You notice things people don’t notice.”

How comedians know when they’ve gone too far: “An audience that’s not laughing is the biggest indictment that something’s too far. No comedian’s ever done a joke that bombs all the time and kept doing it. Nobody in the history of stand-up. Not one guy.”

On comedy being harder than drama: “Hey, man, I loved Gone Girl. Loved it. But you could probably get other directors—I’m not saying they’d make it as good as Fincher, but you could get it from beginning to end and get a reaction out of it, where you can’t really do that with comedy.”

You can read up his full feature here.