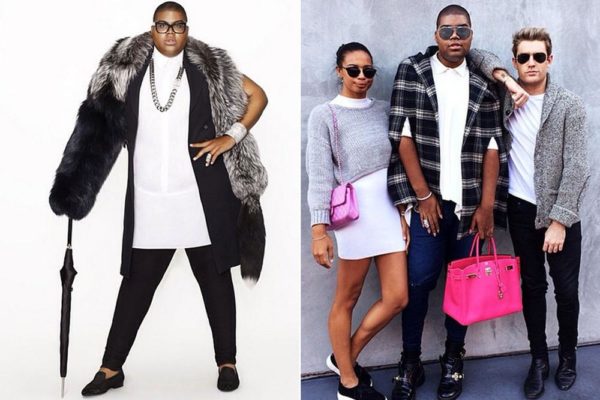 In August, Magic Johnson’s son EJ Johnson made a personal decision to have gastric sleeve surgery (where his stomach space was reduced by like 80% – to the size of a banana) and now, four months after, the 22-year-old Rich Kids of Beverly Hills still can’t stop gushing about his trimmer look.

Since having the surgery EJ has lost over 60 pounds and he looks so much slimmer, and he says he is happier.

His transformation is still amazing to see on the red carpet.

Talking about his new diet with People magazine, EJ Johnson stated that he eats a bowl of cereal for breakfast, followed by yogurt or string cheese for a snack; for lunch, he eats a tuna or chicken salad with a protein shake or yogurt as a snack; and for dinner, he eats lean protein such as fish or chicken with a side of vegetables.  He has also cut out alcohol, bread, fried foods and foods with high sugar content.

EJ Johnson went from this…

He has definitely made a lot of progress.

Would You Dye Your Hair Platinum Blonde for a Dare? Check Out Justin Bieber’s New Look!