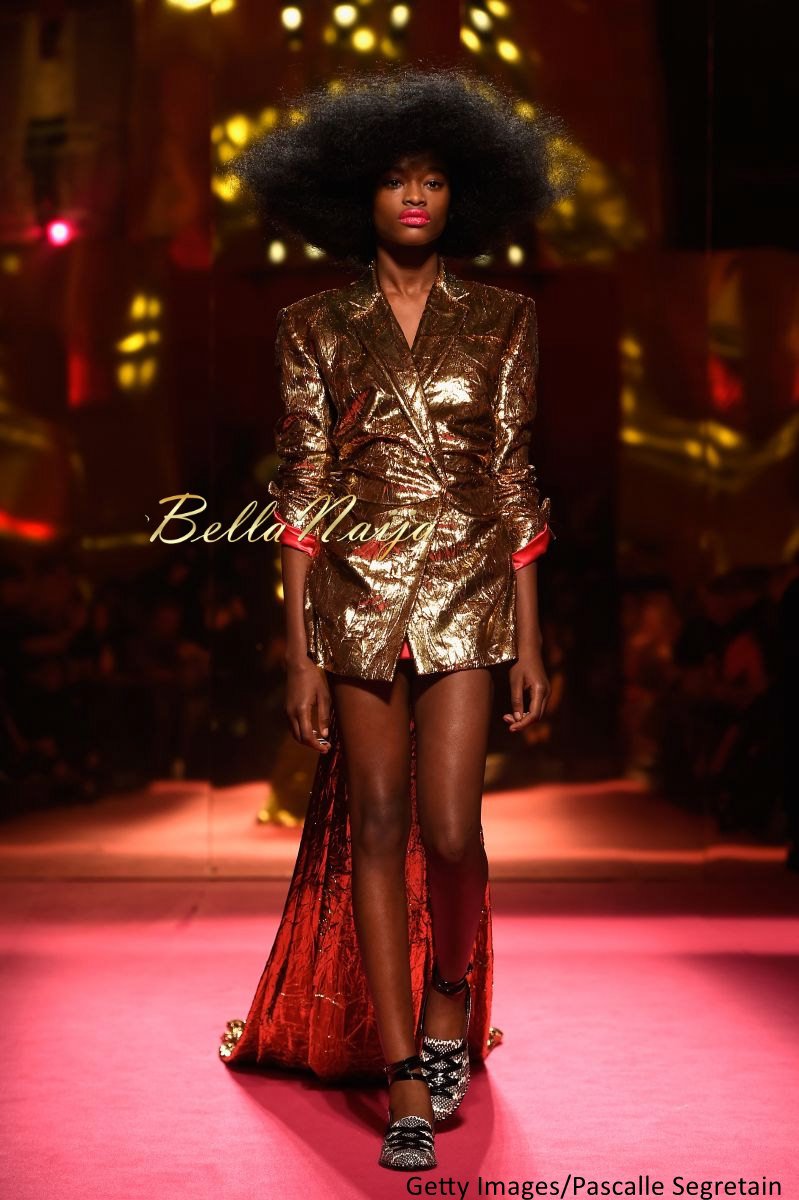 After being announced as the winner of the modelling competition alongside Victor Ndigwe (male category), Mayowa has not only been signed to one of the top modelling agencies in Nigeria – Beth Model Management Africa and just got signed to signed to Elite Model Management Paris; but has also made her runway debut at the 2015 Paris Fashion Week Spring Haute Couture.

Mayowa kicked off her Paris Fashion Week 2015 debut with the Schiaparelli show;

The Schiaparelli Haute Couture Runway Showcase
Mayowa was given a 70s-inspired look that included a larger-than-life afro and bold glossy pink lips. We also love the futuristic foil jacket complete with a train which closed the show. 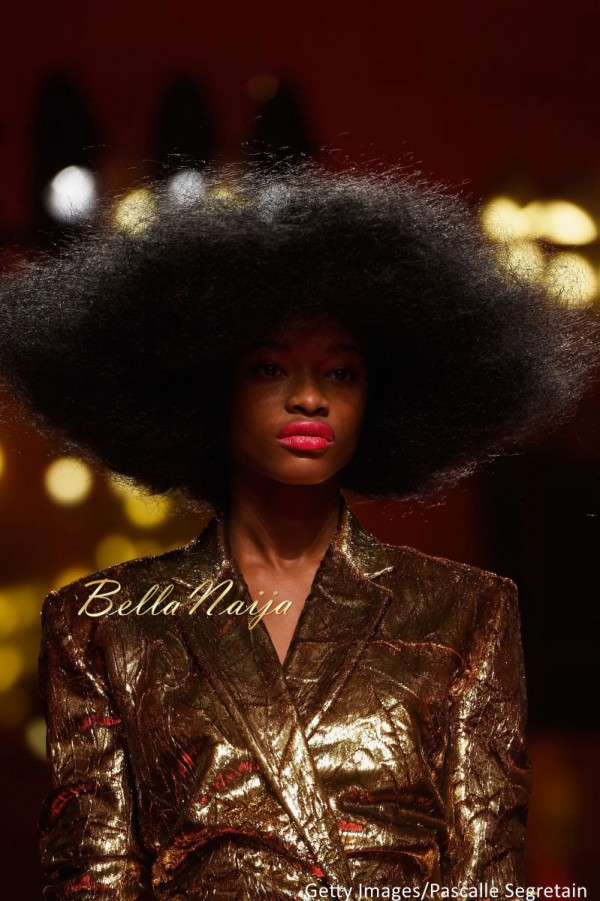 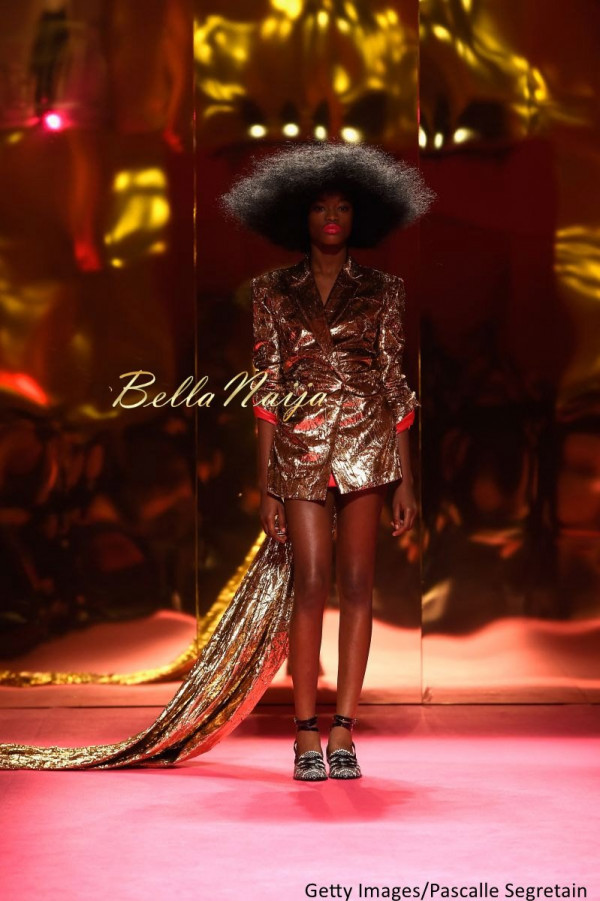 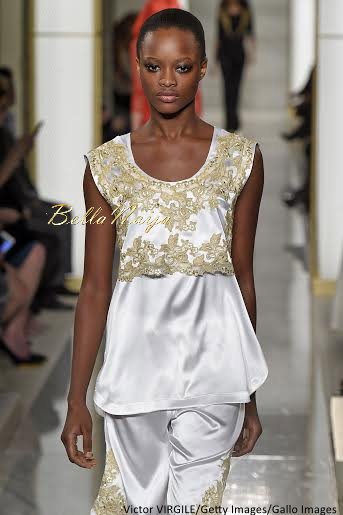 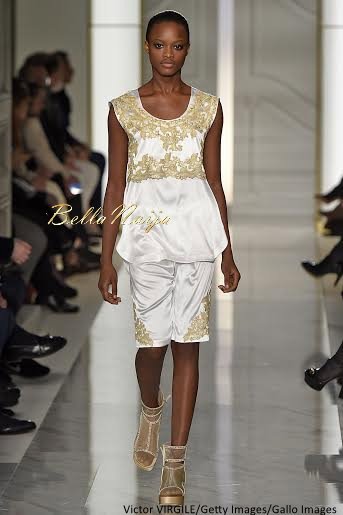 The Ralph & Russo Haute Couture Fashion Showcase
Mayowa was a vision in lilac at the Ralph & Russo showcase. The flowing gown which features overlapping layers and a looped strap was definitely a loved piece in the runway. She had her hair sleeked back, and had soft features. 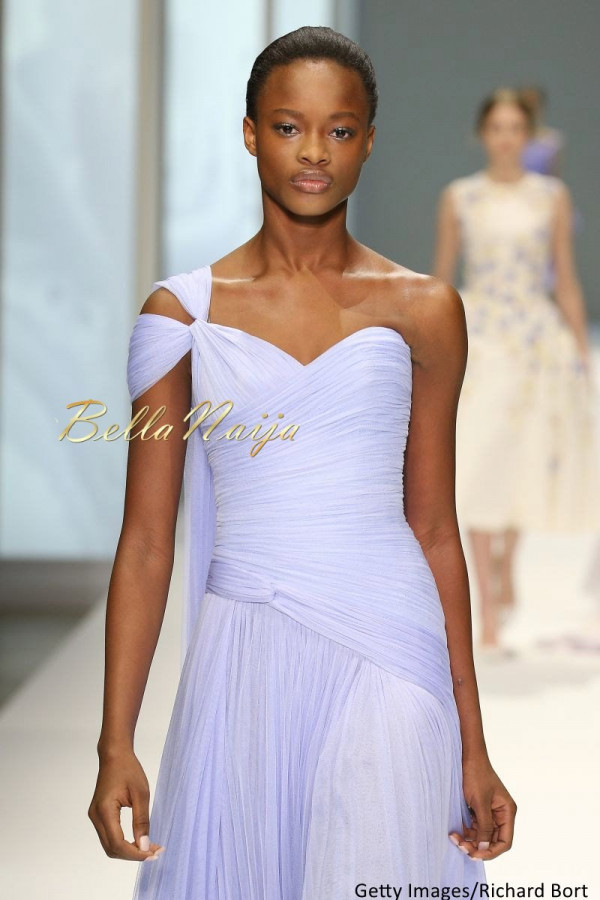 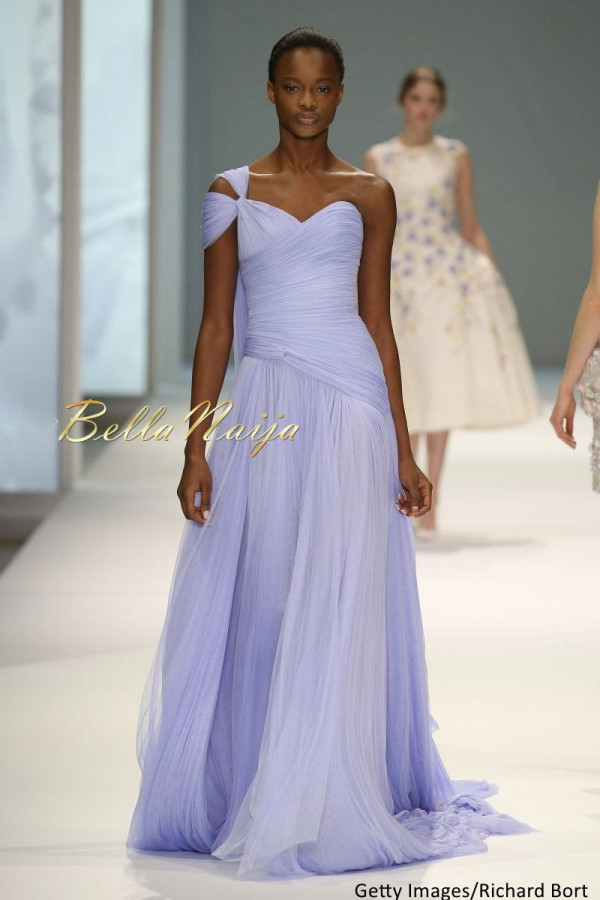 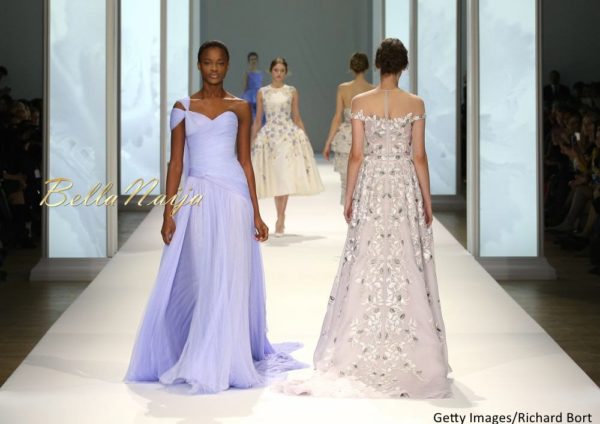 The Loris Azzaro Haute Couture Spring/Summer 2015 Fashion Showcase
Mayowa rocked the Siriane Dress by French designer Loris Azzaro! The canary yellow dress which was 7th on the runway gave off a raw unfinished vibe with frayed strands and the dress’ reversed look; and was a crowd favourite. Coupled with a nude strapped pumps, the theme for the showcase makeup was “Not Just a Pretty Face”; and hair was a contradistinction between dry and wet textures. 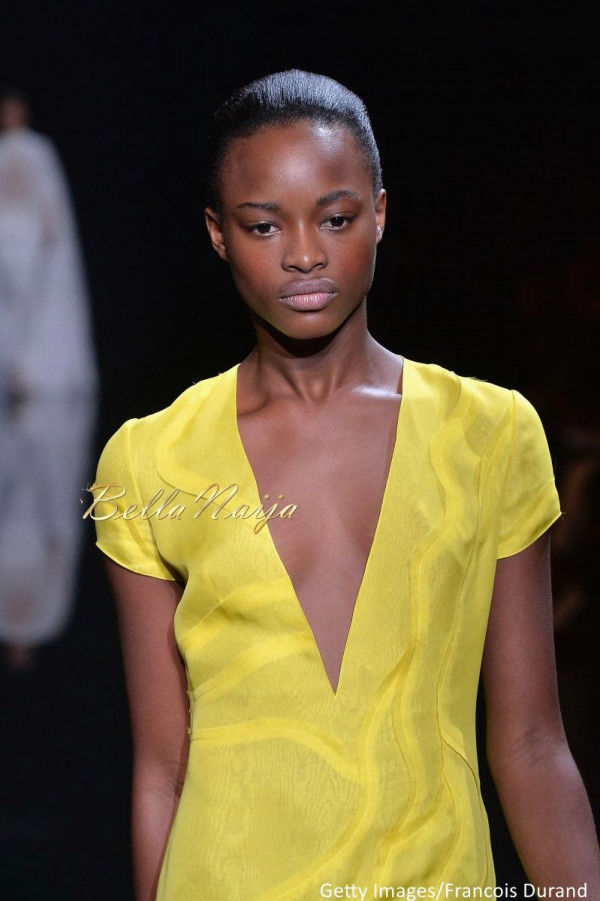 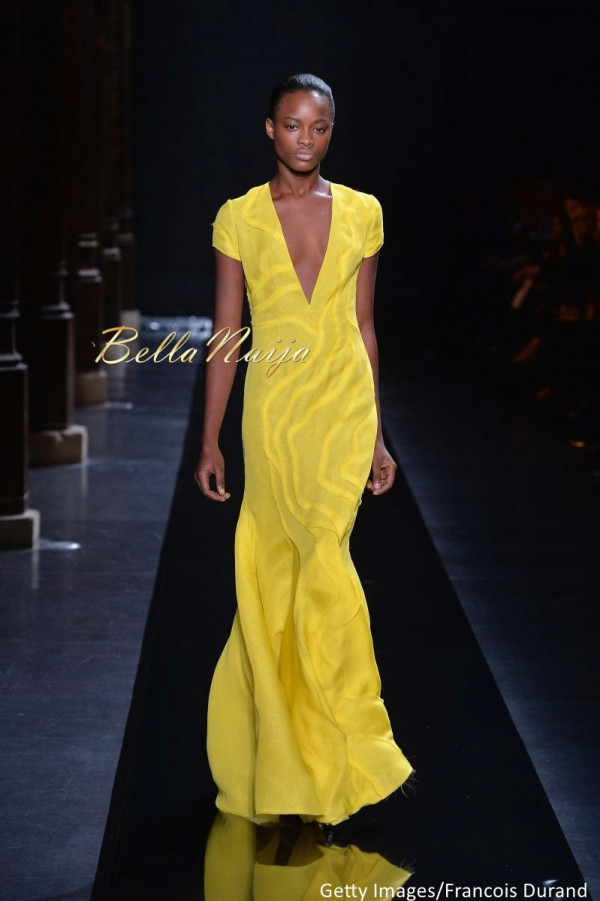 The 2nd dress she rocked was a sheer delight. Mayowa had minimal makeup on with a sleek bun; and the gold accents on the dress give it that goddess vibe. 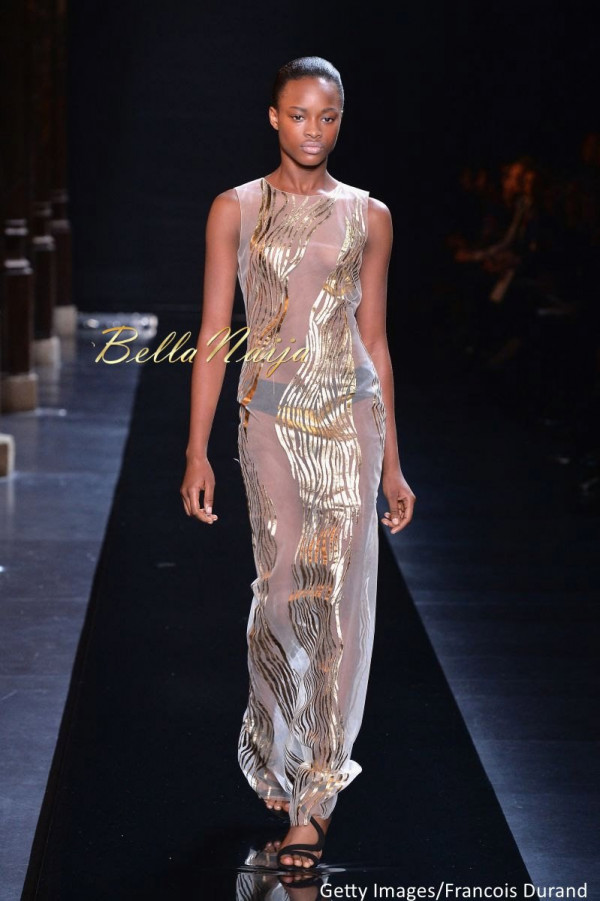 We are very excited for Mayowa and wish her success.

Tell us BellaNaijarians, which is your favourite look?

You could be the next Mayowa! Visit www.elitemodellooknigeria.com for info on the Elite Model Look Nigeria 2015 competition.

Got Dark Knuckles? Here Are 6 Simple Tips to Help Fade them Away!

BN Beauty: 8 Yummy Reasons Why Dark Chocolate Should be Added to Your Beauty Regime!