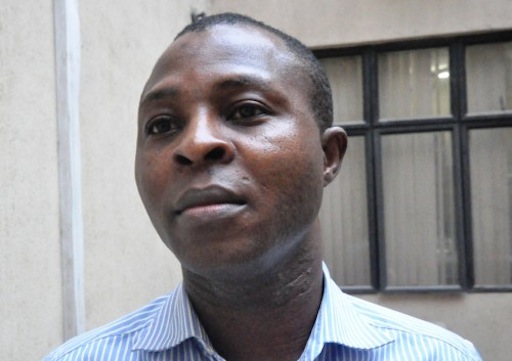 A Nigerian job seeker was arraigned at a High Court in Abuja on Tuesday for forging the signature of finance minister, Ngozi Okonjo-Iweala on a phoney letter of recommendation he claimed she had written.

The accused, Obiejogo Raymond Azuka was remanded in Kuje prison before he was arraigned on a six-count charge of forgery, PM News reports.

One of the counts reads:

That you Obiejogo Raymond Azuka on or about the 11th day of August 2014 at Abuja within the jurisdiction of the High Court of the Federal Capital Territory, intentionally induced the Tertiary Education Trust Fund (TETFUND) to employ you as Account Officer II by presenting a forged reference letter titled “Reference on Obiejogo Raymond Azuka” purportedly made by the Honourable Minister of Finance, Dr. Ngozi Okonjo-Iweala recommending you as a worthy officer fit for employment and which act caused harm to the reputation of the Tertiary Education Trust Fund (TETFUND) and that you thereby committed an offence contrary to Section 320(b) and punishable under section 322 of the Penal Code CAP 532 LFN,1990.

Obiejigo pleaded not guilty to the charges.

The case has been adjourned till June 2, 2015 for hearing of the bail application and commencement of the trial.

Firecracker Toyeen: To What Extent Should Parents Influence their Children’s Life Choices?