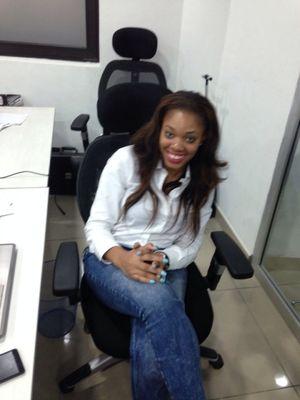 #BeingFemaleInNigeria has been trending for almost a day!

The trending topic on Twitter started out of Florence Warmate‘s Abuja book club discussion and Chimamanda Adichie‘s famous TED talk. It resonated with Nigerians in the diaspora too – a top 10 trending topic in the UK, and international media houses BuzzFeed, Thought Catalog and CNN picked up the story.

Below are some of the most popular tweets – ranging from dealing with sexual abuse to discrimination at work.

On the flip side, Adebola Williams of Y! Media and The Future Awards wants people to use the hashtag to talk about the positives of being a woman in the country as well.

#BeingFemaleinNigeria There are many positives to being female in Nigeria just like the downsides. Why wouldn’t we spotlight them as well

Here are some of the most popular tweets!  Discrimination at hotel and clubs

#beingfemaleinnigeria leaving Radisson Blu, on a Tuesday morning, i was held back asked to call who I came to visit before they let me go .

The pressure to get married, get pregnant and give birth to boys

On being expected to work and still perform most household duties

On being called ‘ashawo/ashewo’ (prostitute)

#BeingFemaleInNigeria means you cannot tell a guy you like & want to date him. Unless you want to be called ASHAWO. pic.twitter.com/AAPCs9JvjS

#beingfemaleinnigeria means getting used to the word ‘ashewo’. By age 21, you develop a thick skin — PrincessTosynBucknor (@TosynBucknor) June 30, 2015

Domestic violence is the woman’s fault

#BeingFemaleInNigeria your husband slapped you? Sorry. What did you say to make him angry? Go and beg.

Not being able to live alone

No Lagos landlord will rent their property to you unless you come with the man ‘that owns you’ otherwise you’re ashewo #BeingFemaleInNigeria — Molara Wood (@molarawood) June 30, 2015

#BeingFemaleInNigeria You can’t move to another city and live alone. There’s always one Aunty or uncle to accommodate you

The last apartment I got was because the landlord fancied me and said he’d do me a favor by listing me as Mrs. #BeingFemaleinNigeria

Having to bear the Trauma of your rape alone because your rapist is a highly respected family member #BeingFemaleInNigeria — Nigerian God (@Echecrates) June 30, 2015

The topic is still raging on with over 40,000 tweets worldwide, and we’re happy it’s spotlighting many of the important issues Nigerian women face everyday.