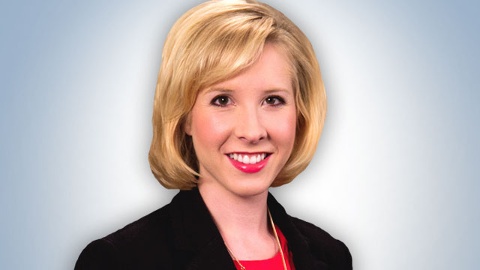 A shooting on live television has left a reporter and a cameraman dead in Moneta, Virginia.

According to abc news, Alison Parker, 24, and Adam Ward, 27, were killed in the field during a live news segment on Wednesday morning, while working for WDBJ-TV, a CBS affiliate serving the Roanoke-Lynchburg television market.

The shooting took place at Bridgewater Plaza, a recreational facility with shops, restaurants, a mini golf course and boat rentals.

An anchor at the station, Chris Hurst took to Twitter to reveal his shock about the news, and also revealed that he and Parker were making plans to get married.

We didn’t share this publicly, but @AParkerWDBJ7 and I were very much in love. We just moved in together. I am numb. pic.twitter.com/tUrHVwAXcN

We were together almost nine months. It was the best nine months of our lives. We wanted to get married.We just celebrated her 24th birthday — Chris Hurst (@chrishurstwdbj) August 26, 2015

She was the most radiant woman I ever met. And for some reason she loved me back. She loved her family, her parents and her brother.

I am comforted by everyone at @WDBJ7. We are a family. She worked with Adam every day. They were a team. I am heartbroken for his fiancee. — Chris Hurst (@chrishurstwdbj) August 26, 2015

Virginia Governor Terry McAuliff, says he doesn’t believe the suspect is a terrorist. Rather, he says the individual was probably a disgruntled employee. Policemen are currently in pursuit of the suspect on Highway 64, and have described him as “distraught.” Update: Law enforcement agents apprehended the suspect, Vester Flanagan, on Interstate 66 and Flanagan shot himself, officials told CNN. It is not clear whether he was killed or injured.