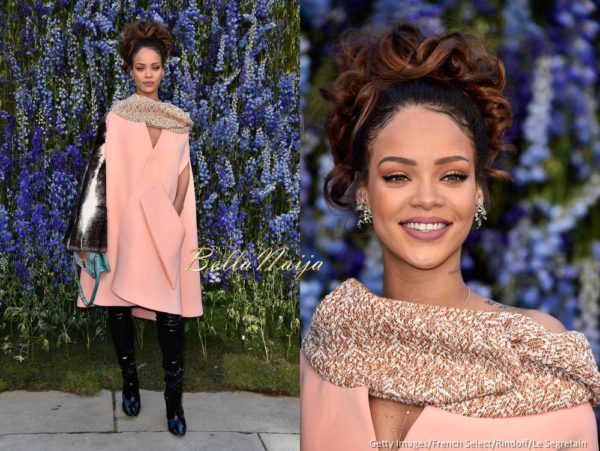 Rihanna has graced us with her presence at Paris Fashion Week as she attended the Dior Spring/Summer 2016 show. The event was held at the iconic Louvre Palace and other stars were spotted as well.

Rihanna accessorized with a blue snakeskin handbag as well as a pair of green, red and white gem earrings paired with a huge amethyst-coloured stone ring and various stacked rings. 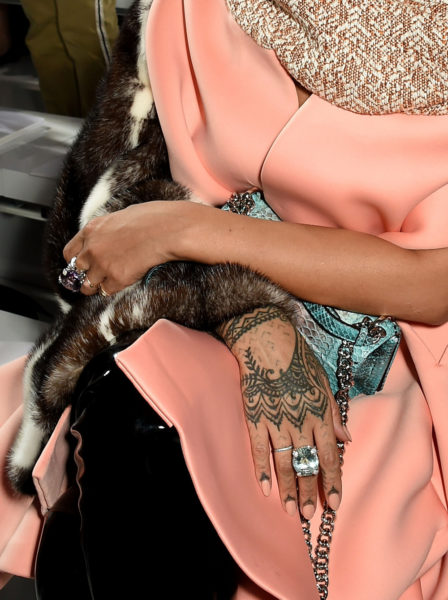 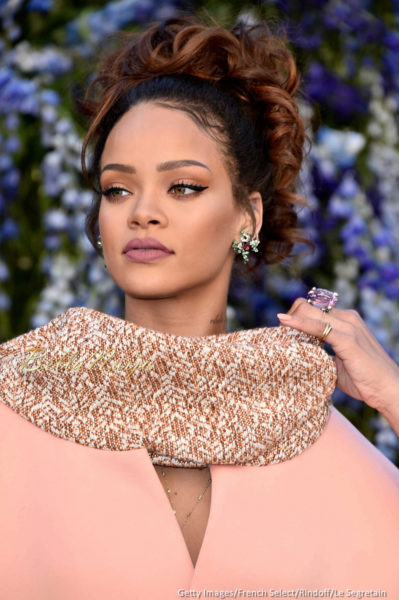 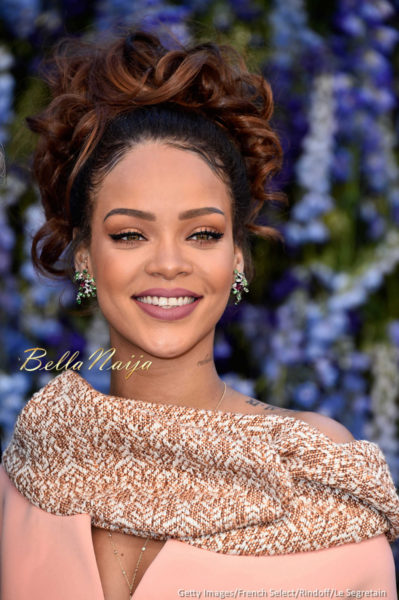 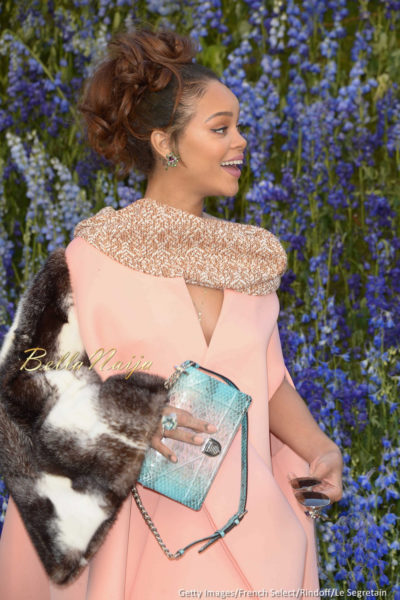 For her beauty look she kept her eyes neutral with a rust-coloured shadow and cat-eye eyeliner. She added a taupe lipstick and styled her hair into large bouncy curls. 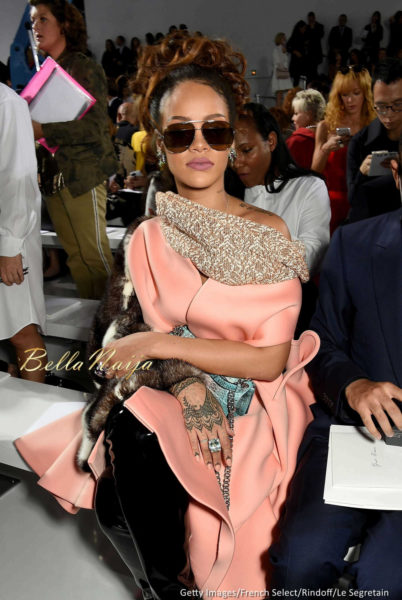 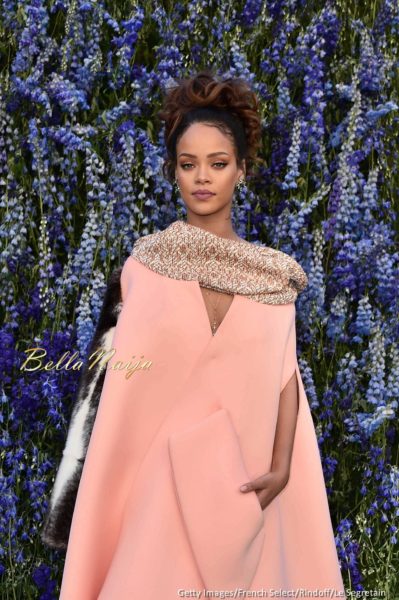 So Exciting! BellaNaija Beauty’s Jennifer is Speaking at Beauty Africa Exhibition 2015 – Get the Scoop