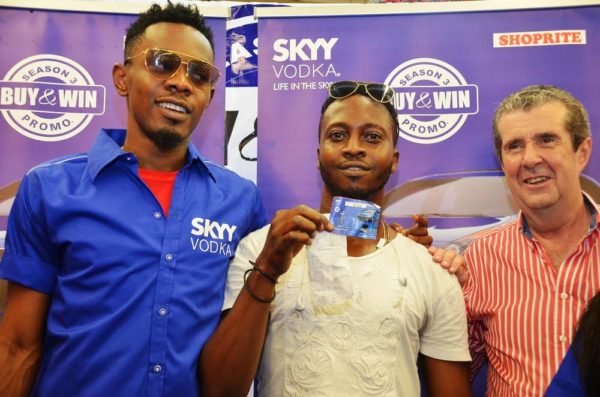 The sprawling mall of Ikeja Shoprite was filled with excitement and fanfare on Saturday, November 21st, as Brian Munro Limited, exclusive marketers of premium brands – SKYY Vodka, Campari and American Honey – held its draws to pick winners for the coveted prizes in its recently concluded Buy and Win promo.

The event which attracted many customers and in-store shoppers also had the SKYY Vodka brand Ambassador, Patoranking in attendance. 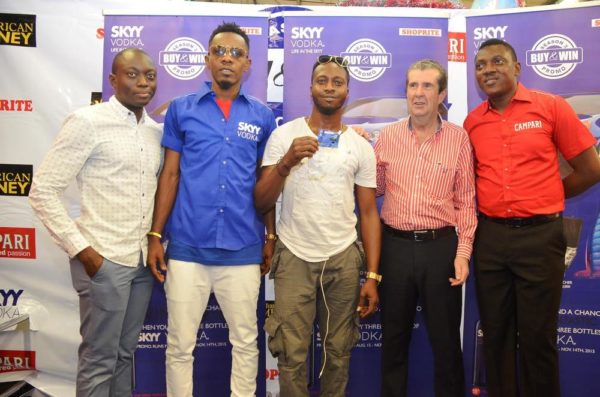 One of the highlights of the draws was when Patoranking picked the Skyy Vodka winning ticket for the grand prize of a brand new Kia Rio. Subsequently, a telephone call was made to the winner, Olukayode Adewusi, who incidentally resides in Lagos.

Upon receiving the news, he rushed down from Magodo to Shoprite Ikeja where the draw was held, glowing with uncontrollable excitement to the admiration of the large crowd that gathered to witness the event.

“I couldn’t believe this was real, even with the phone call. I just had to abandon what I was doing and I took the fastest means to get to this place. Now I know I am not having a dream. This is real, and I thank God for it. I bought some bottles of SKYY Vodka to celebrate my birthday with my friends, now see the good fortune that has happened to me. I thank SKYY Vodka for this wonderful experience”, an elated Olukayode enthused.

Coincidentally, a customer who won the Skyy Vodka car in the 2013 edition also bought Sky Vodka to celebrate his birthday just like the recent winner did; and fortune smiled on him in a way he would never forget.

The other two cars in the first prize category for Campari and American Honey were won by Warri-based customer, Jonathan and Abuja-based Ese Onya respectively. Live telephone calls were put through to the winners.

The second position prizes of an all-expense-paid holiday to Dubai were won by customers from Ikeja, Enugu and Lekki.

Gifts were given to consumers and in-store shoppers who attended the event.

Ojeh Afam, a representative from the National Lottery Regulatory Agency, described the promotion as very transparent, while lauding Brian Munro Limited for rewarding its consumers with good gifts.

“The draws were done openly, free and fair and by divine providence, the winners of the prizes naturally spread out across the country. I believe the consumers would be happy with this promo. We are quite satisfied”, Afam noted.

Earlier, Abayomi Ajao, Marketing Manager Brian Munro Limited welcomed guests to the event, while explaining the motivation for the promotion. According to him, the buy & win promo was inspired by the need to give back to the consumers in appreciation of their patronage over the years. 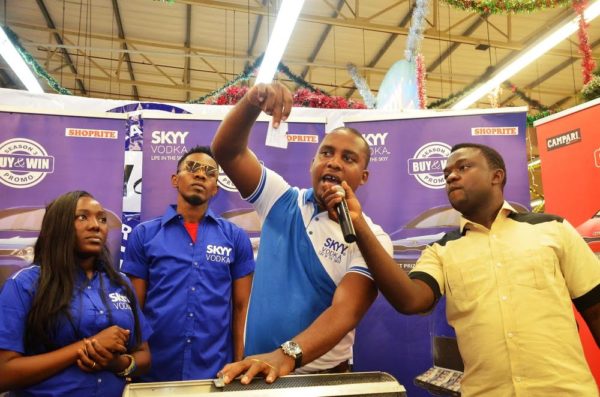 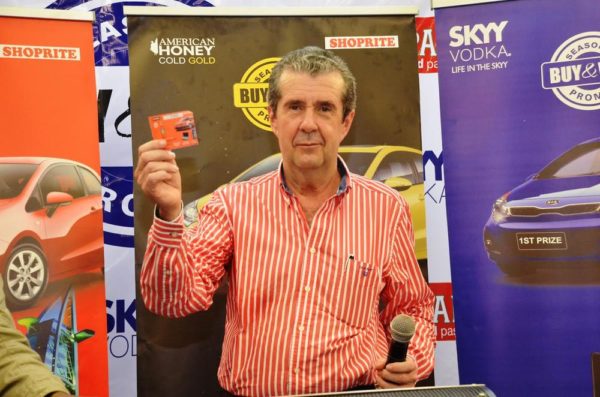 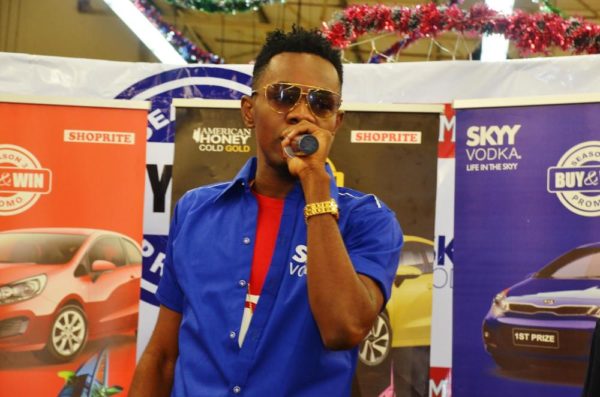 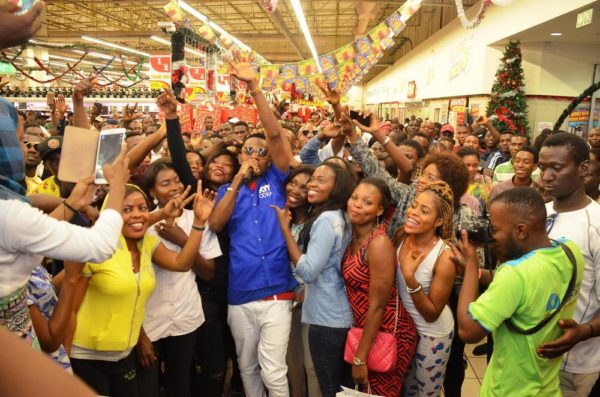 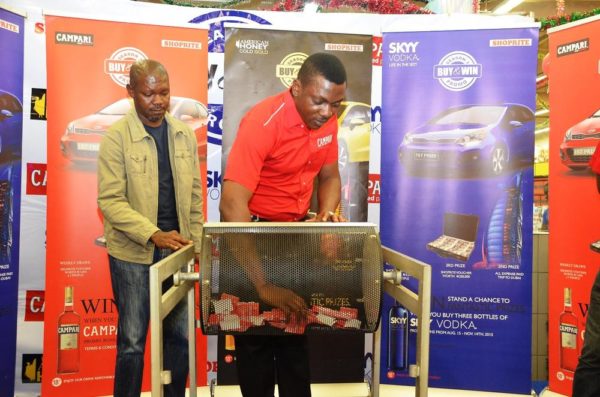 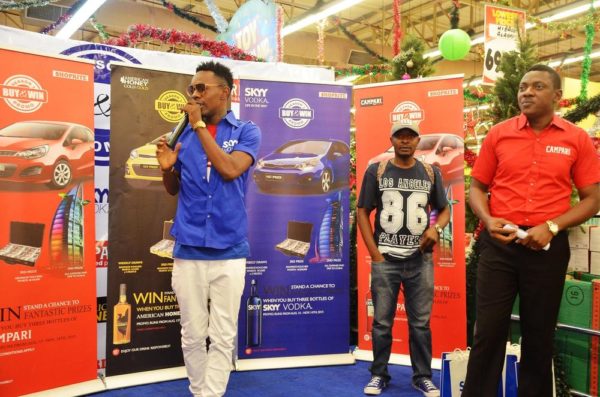 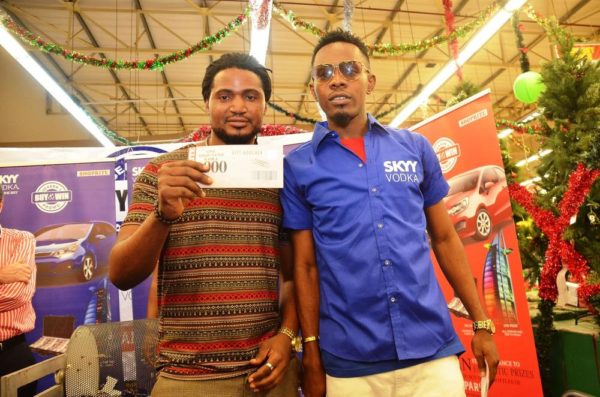 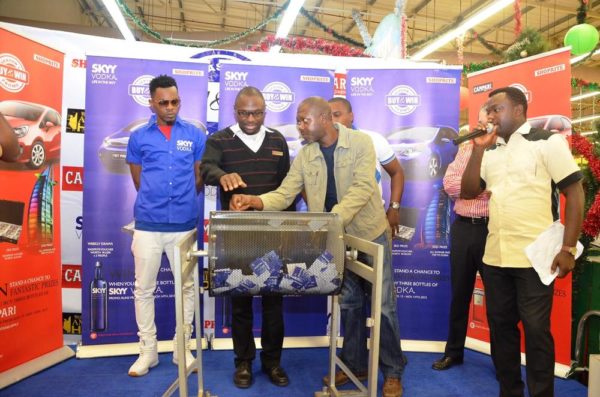 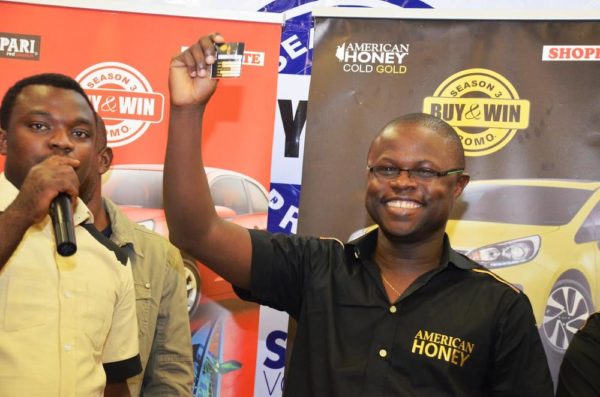 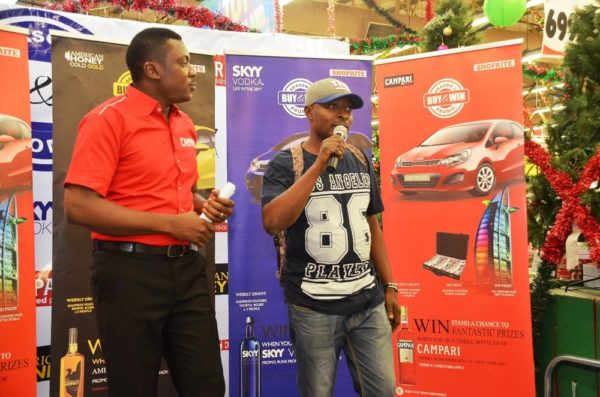 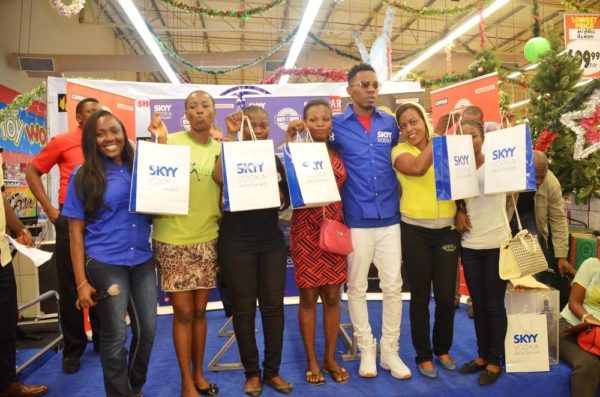 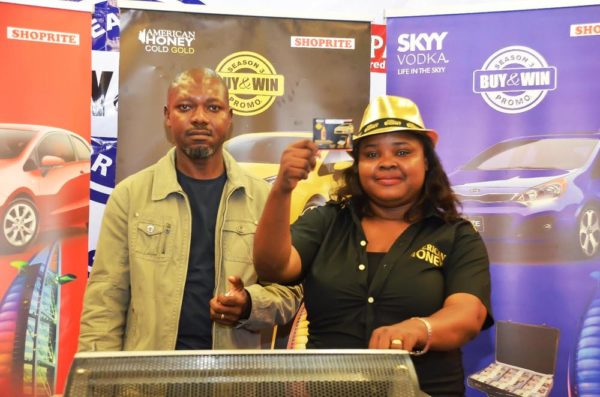 Related Topics:American HoneyCampariPatorankingSkyy Vodka
Up Next