Collection Conversations with Eki and Richard: Florals and Flies

Richard: Yes we are

Eki: First I have to say I love the prints and appliqué details on the pieces that have them. Very appropriate for Spring Summer. With florals and splashes of paint and summer flies on my favourite picture; the one with the open back where the girl is on the ladder.
Lol
Florals and flies should be the title of this post ? 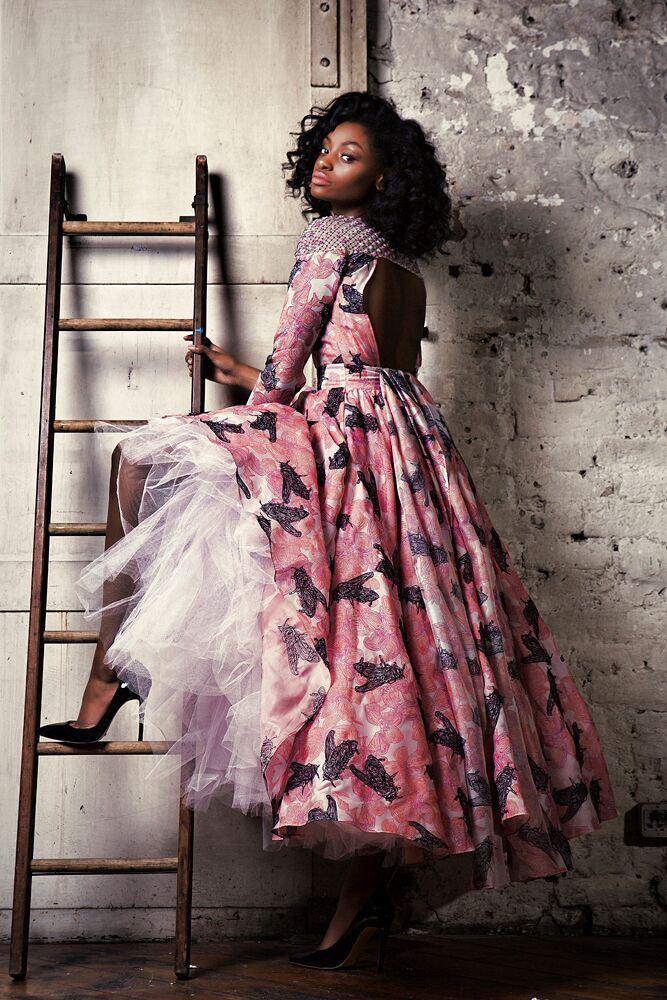 Richard: Oh my God! You have no idea. I love love this collection. The dreaminess of it. Everything about it looks like something off Alice in Wonderland. A lot of people have asked what excites me most about a collection. I’ve never really given it much thought… But talking about Onalaja; I think the story behind a collection and the effortless and impeccable translation of that into wearable and fashion forward pieces is what really really does it for me. Just like Meena‘s SS16 collection. From merely looking at it, you can tell that there was a thought process and story that was finely translated into a wearable collection.

Eki: Yup, Reminds me a lot of architecture

Richard: You know, how can you have so much going yet make it look so simple?

Eki: A lot of structure, tailoring and attention to detail

Eki: I definitely see Dolapo Sijuwade in one of these. Even Eku.

Richard: Trust me darling; only Meena can do that!

Richard: But I’ll love to see Genevieve in one those

Eki: You and this Genevieve love ?

Richard: Only because I think she’ll do proper justice to it. I’ll like to see her take more risk with her fashion too
Haha. That’s no longer a secret

Eki: Richard oooo ?. This is not Genevieve appreciation society. Which is your fave piece?

Richard: But yes, my fave piece will have to be the midi length full skirt and top that had lots of diagonal panels. I had to make it the featured image. But it’s hard to choose from such a beautiful collection
Which is your fave though? 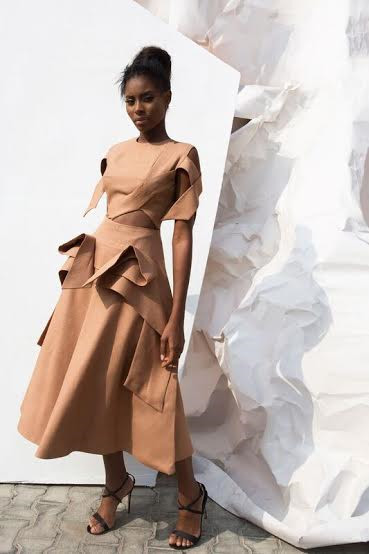 Eki: Oh I love that one. It’s so hard to choose. I think mine is the black and white mini dress with panels on the front, I have a thing for monochrome. 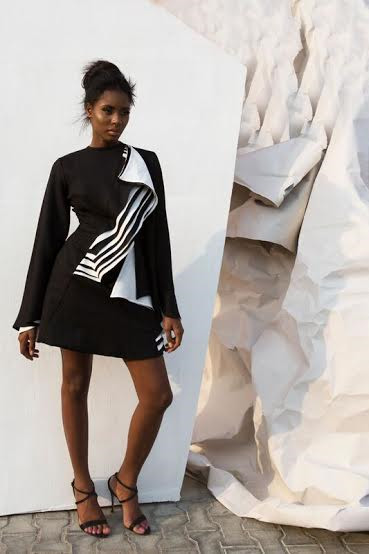 Richard: Girl, enough about Meena before I have a heart attack

Richard: I love the coat 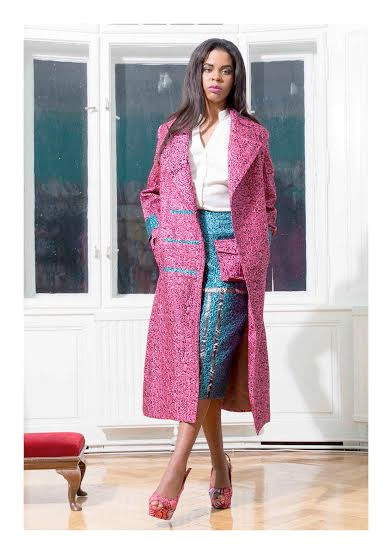 Eki: Me too! I want it. And all the print fit & flare skirts. 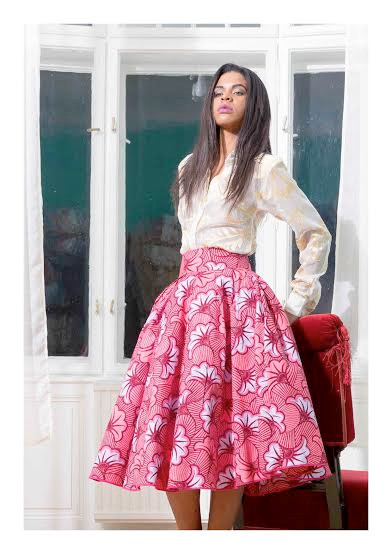 Richard: And the iridescent fabric

Richard: Right?? And the colours too. Makes me want to go back to Sweet Kiwi

Eki: GUY!!! Next time you are in Lagos u already know, Sweet kiwi all the way ?. That peplum top is also calling my name

Richard: Oh yes That’s so you though!! Lord. I need some air, Thoughts on Weiz Dhurm Franklyn SS16??

Richard: I feel you!! I thought the collection was absolutely majestic. I mean… Cohesive, well tailored with a classic story that they skillfuly translated into a modern collection. If only we had balls in Nigeria

Eki: All of these dresses need to be in a movie about a queen, he’d make a great costume designer for a movie. I totally agree with you. And I love the 3D appliqué

Richard: I’ll love to see Mo’Cheddah in one of them though. I think she has an air of royalty about her. In an edgy and youthful way

Eki: Ahaaa, I guess I can see that

Richard: She’ll rock the hell out of it. Yes to the movie

Eki: My fave is the lilac peplum dress. Peplum won’t kill me sha. Richard: But who’ll be the lead though? 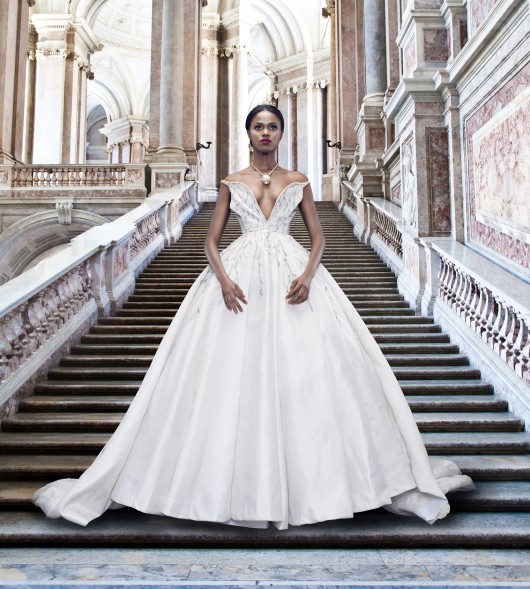 Richard: My fave is the full ballroom gown.
Hahaha. Yes Adesua, I am now a loyal fan

Richard: So yea, Queen Adesua all the way. But genny will kill it as the ruthless queen mother ?
But yes, I loved the Weiz Dhurm Franklyn campaign. Very in-time!

Eki: Lmaoooooo did u just imply that your precious genny is old? ? Yup loved it too

Richard: What matters is that she’s ageing within grace. Yes darling, you’re in the spirit.

Richard: Amen sister! House Deola is simply a game changer. That’s all. That collection (the first and second series) left me in awe.

Richard: The attention to detail, the fit, the cuts

Richard: And the fabric??

Eki: Amazing. The appliqué on that jacket. Lord! 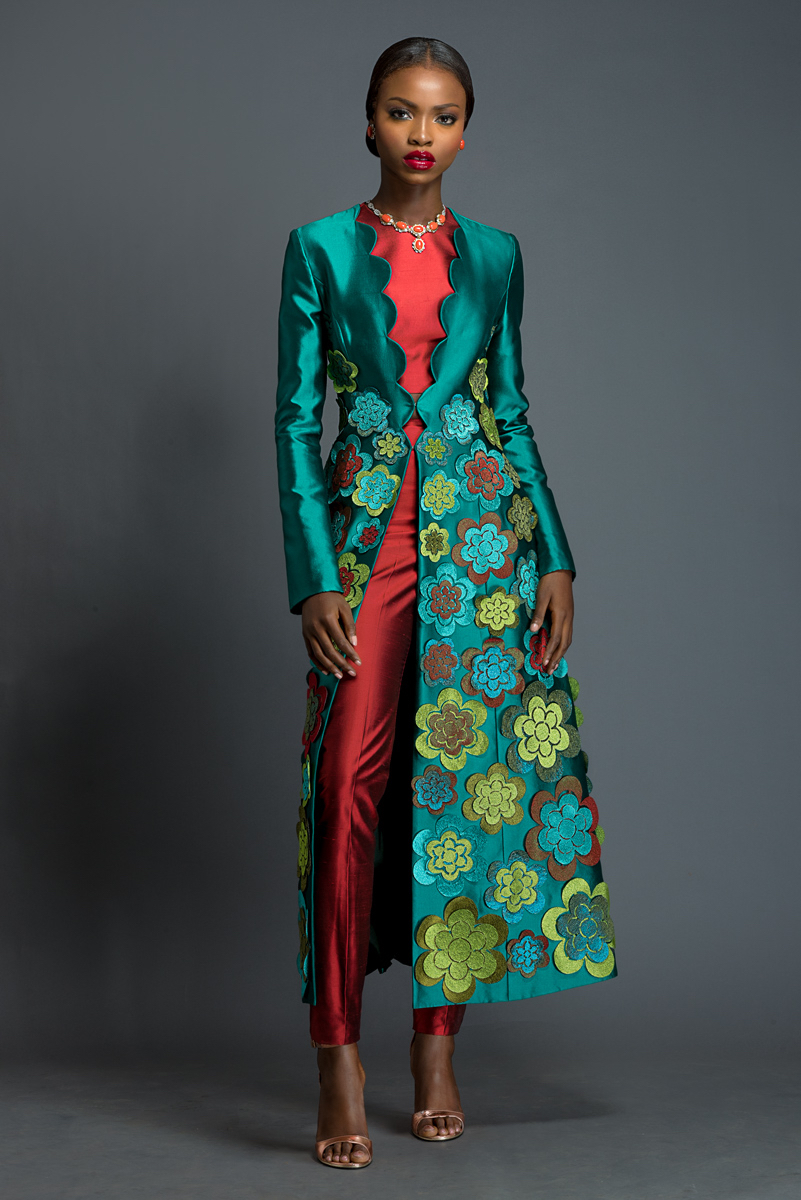 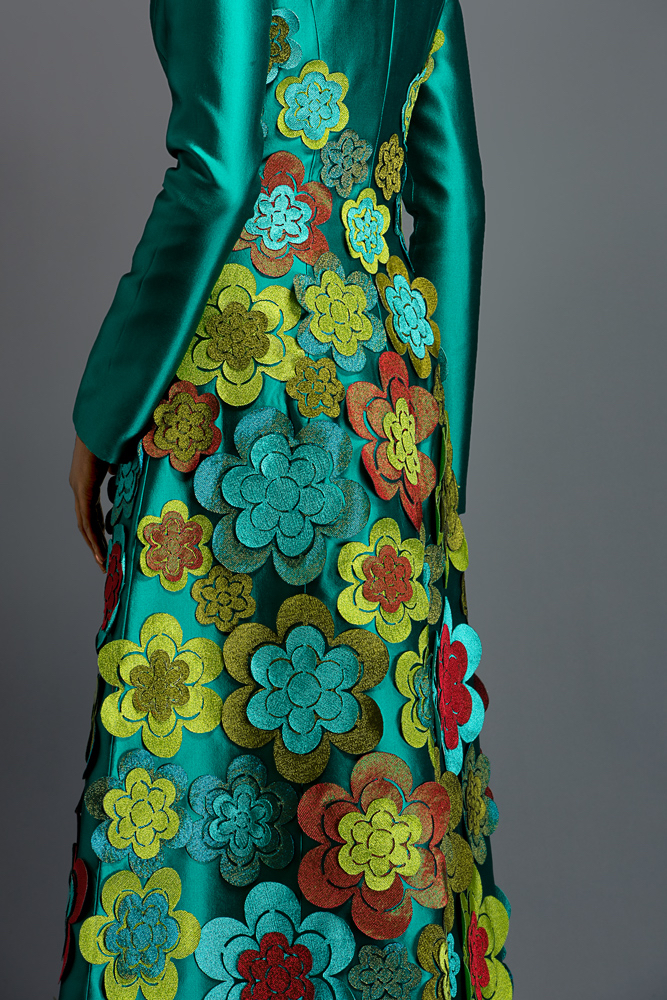 Eki: U took it right out my mouth

Richard: Finally an innovative Nigerian designer. So far so good, in my mind and by my count

Eki: She’s been doing it from time but now she’s really just out done herself with this

Richard: House of Deola is the only Nigerian brand that can use the suffix couture without a side eye from me. I swear

Eki: I feel like she’s created a niche for herself with this new fabrication. A niche that only she could fill

Eki: I’m fanning out right now. Cuz I’m just really in love with this collection.
I saw that blue fit and flare dress in my dream, The Lord told me it was mine 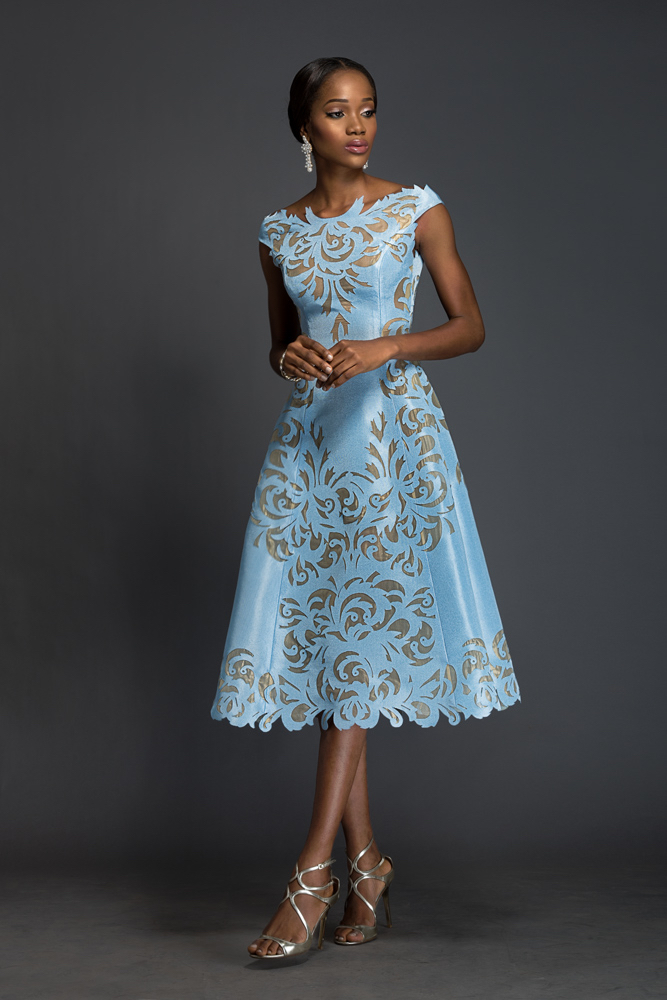 Richard: Finally a signature Deola fabric that we can always remember her for. Hahaha girl, I’ll drag you by your curly hair for that

Eki: Yes! And every legendary designer is known for a signature look and she did that!
Lmao violence is not the answer. It is by prayer and faith ?

Eki: Overall… I want it all!!!! Pepsi long throat

Richard: I am happy that Nigerian designers are finally getting there. These past few weeks have been really exciting for us at BN Style. There’s nothing as blissful as writing about a collection that you truly love and believe in

Eki: But on a serious note, We’re stepping up with our tailoring. It’s clear that designers like Deola have set the bar really high for the rest of them like Onalaja & Weiz and they are meeting our expectations with some amazing things
I totally agree with what you said

Richard: Absolutely. I agree.
Well, look forward to chit chatting on next week’s collections. It was really lovely catching up

Eki: Me too hunty