5 Quotes from the #BNSDigitalSummit all Fashion Enthusiasts should know 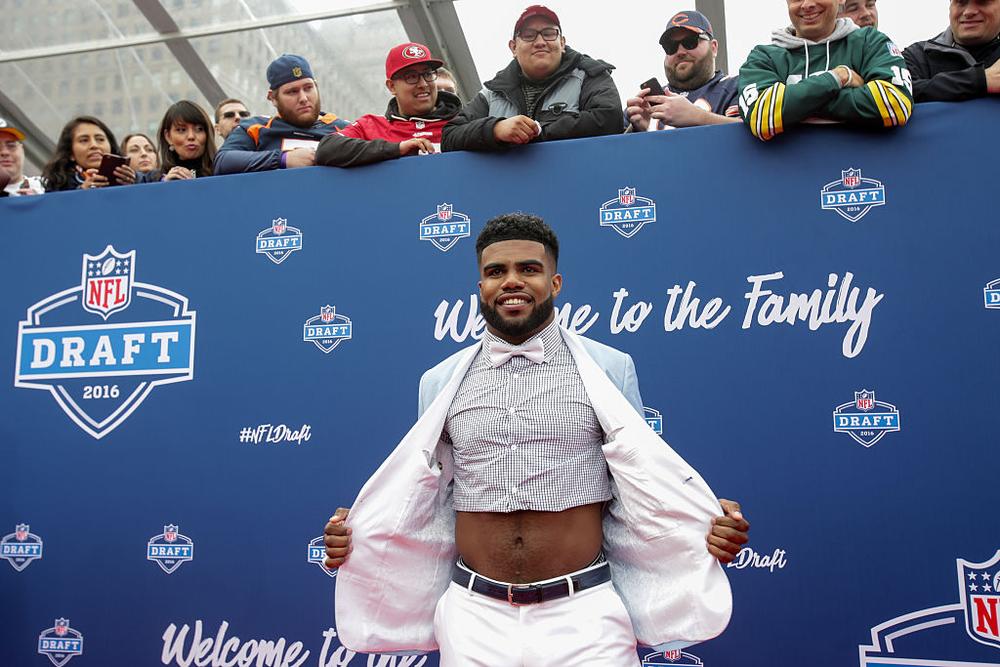 But it was his red carpet look that had everyone talking. He wore a cropped shirt to show off his abs.

We’ve seen this look on runways recently and on entertainers like Prince who was known for pushing boundaries with fashion and gender (see more on his style here).

Is he a future style icon in the making or was this a dare? Here he is with his parents at the event, imagine if they were typical Nigerian parents. 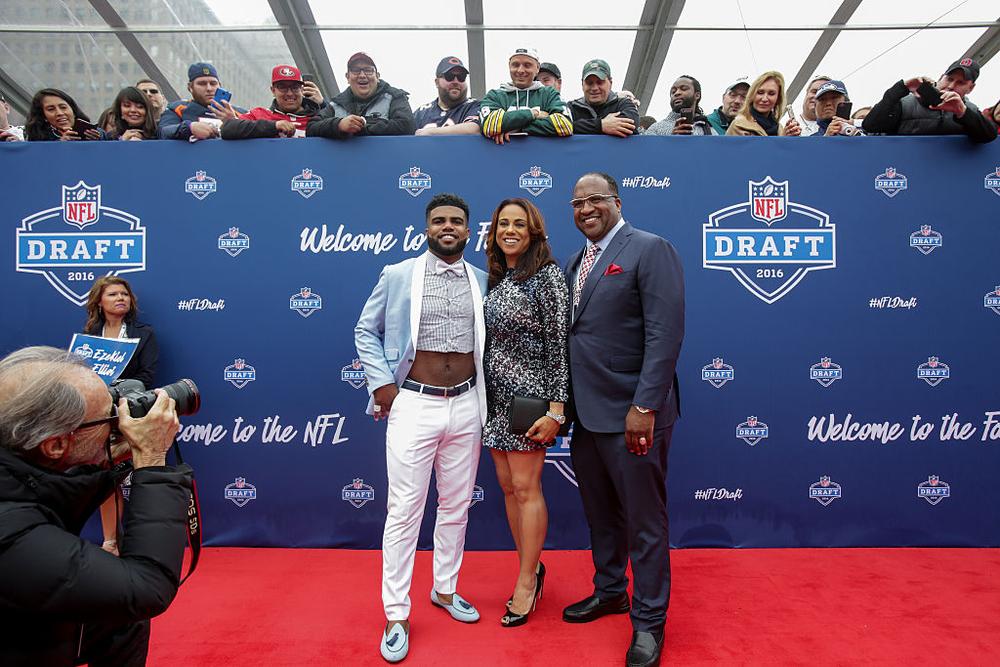 CHICAGO, IL – APRIL 28: Draftee Ezekiel Elliott of Ohio State arrives with his mom Dawn and father Stacy to the 2016 NFL Draft on April 28, 2016 in Chicago, Illinois.

#BNFroFriday: Waje Makes us Want a Mohawk! 4 Chic Ways she Styles her Haircut