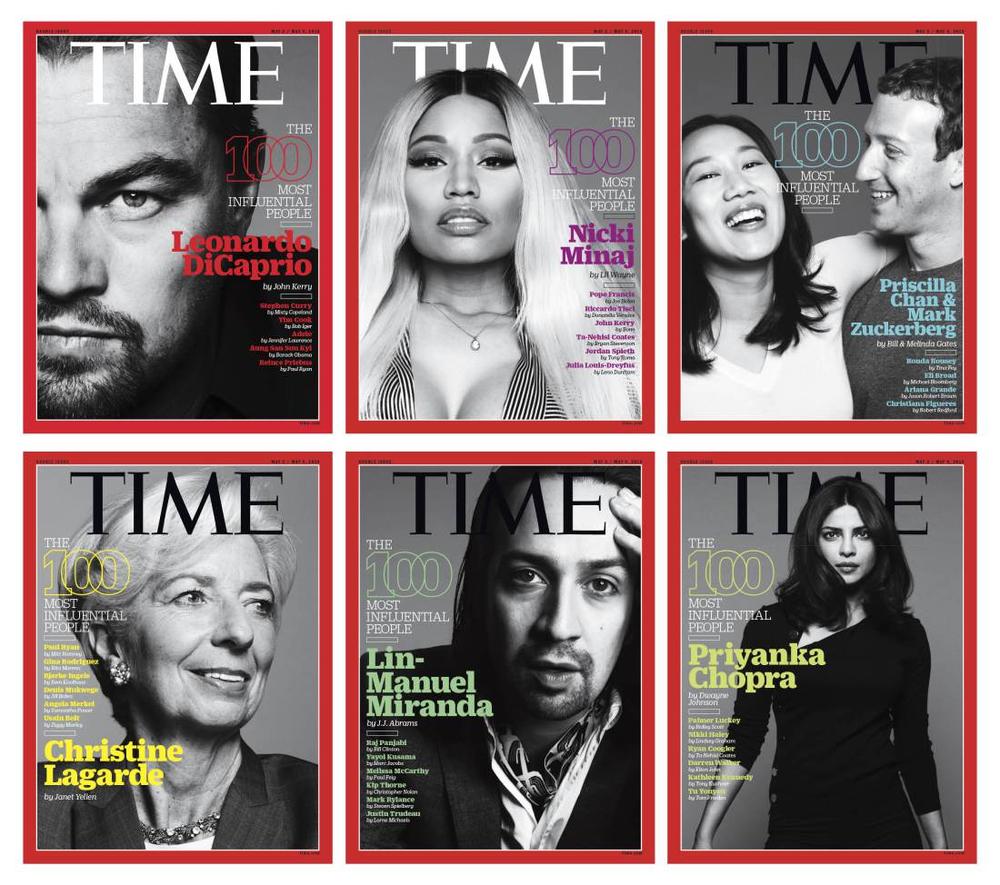 The 2016 TIME 100 list of Most Influential People is out and the list covers everyone from artists to leaders to icons and more.

According to Time Magazine,

“Each year our TIME 100 list lets us step back and measure the forces that move us. Which is more powerful, hope or proof? Ambition or altruism? The lessons of the past or the lure of the future? The people we spotlight range from the globally famous to the literally anonymous—we leave it to you to guess the true identity of author Elena Ferrante. There are world leaders and local activists, artists and athletes, scientists, moguls and a number of people who are running for President of the United States. One way or another they each embody a breakthrough: they broke the rules, broke the record, broke the silence, broke the boundaries to reveal what we’re capable of. They are seekers, with a fearless willingness to be surprised by what they find. As Lin-Manuel Miranda, whose musical Hamilton just won the Pulitzer Prize, puts it, “What’s the thing that’s not in the world that should be in the world?”… The people on the list, each in their own way, have lessons to teach. We can debate those lessons; we don’t have to endorse them or agree with them. But the influence of this year’s TIME 100, to my mind, is that down to the last person, they have the power to make us think. And they are using it.” 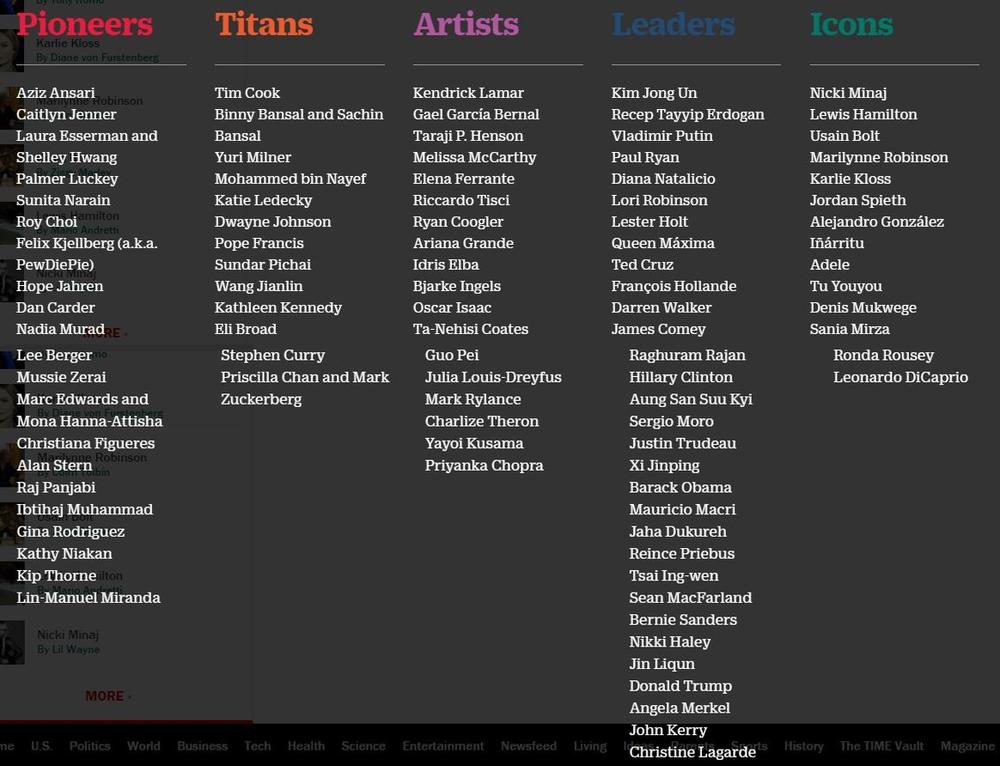