Have you heard about Kelly Rowland’s new show “Chasing Destiny” on BET?

The singer has spent the last couple of days promoting it and doing press rounds and honestly we can’t wait to see the first episode.

The show premiered on April 5 and “Chasing Destiny” follows Kelly Rowland on the journey to find the next major girl group while also coming into her own as a music mogul and #bosslady of her own. 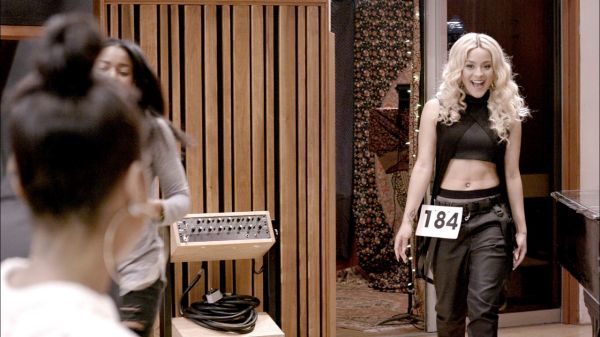 Kelly had a chat with W Magazine recently on how it all started and where the show is headed. See excerpts below.

On the genesis of “Chasing Destiny”: After Destiny’s Child wrapped the last tour [in 2006], I remember saying, “I want to do a girl group of my own.” And I never really got the time to dedicate myself fully to it. I didn’t want to be one of those artists who has artists, and you don’t really pay attention to them because you’re so busy being an artist. Of course, the time finally came, and I knew I wanted [choreographer and director] Frank Gatson [Jr.] on board with me, who has worked with every girl group under the sun. He gets it. And I feel like he has a knack for pulling out talent, pulling greatness out of people. And I didn’t want a reality show; I didn’t want a “making the band”; I didn’t want those things that other networks thought that it would be. I was like, “No, I just need a lot of money to have the cameras rolling.”

On always wanting to create a girl group: Because I knew we were going to take a hiatus from [Destiny’s Child], and we were all focused on our own projects. And I was just like, “Each generation should be better than the last.” That’s truly what I feel. I knew that I would have the girls’ support no matter what. And I do have their support in this whole venture. The girls are excited for me.

On making a girl group successful: One would be knowing your own contribution to the group. Because then you won’t feel the need to be like, “I want hair color like her,” or, “I’m so mad I don’t have such and such like her.” When you know what you’re contributing, you’re secure within that as a team player. You should want to really kill it every single time because the more amazing you are, the more amazing your other group member is, the more dynamic of a group and a force y’all are. So just the work ethic is important. And wanting to absolutely kill the competition.

Watch the promo for “Chasing Destiny” below.