Since he released the music video for his song “Famous“, Kanye West has faced a barrage of criticism.

In the video, the 39-year-old rapper can be seen in bed next to wifey Kim Kardashian. The video also has other famous people portrayed in the video like Taylor Swift, Ray J, Caitlyn Jenner, Billy Cosby, Amber Rose, Chris Brown, Rihanna, Donald Trump, Anna Wintour and George W. Bush.

For now the video is only available to stream on Tidal here.

“Girls” creator and lead actress Lena Dunham has written about her views on the show via her Facebook page.

Peeking From Between My Fingers: some disjointed thoughts on the ‘Famous’ video

Like many pop culture addicted Americans, I wait with bated breath for what Kanye West will do next. Aside from his Twitter mayhem, he has created some really “next level shit” as the kids would say. I could also happily watch Kim Kardashian West chip the paint off a window ledge for hours and be fascinated. I admire that whole family, love the way they depict women as better in numbers and masters of their own destiny. I’d spend all summer at Kamp Kardashian. But it’s possible to hold two competing thoughts in your mind and the Famous video is one of the more disturbing “artistic” efforts in recent memory.

Let’s break it down: at the same time Brock Turner is getting off with a light tap for raping an unconscious woman and photographing her breasts for a group chat… As assaults are Periscoped across the web and girls commit suicide after being exposed in ways they never imagined… While Bill Cosby’s crimes are still being uncovered and understood as traumas for the women he assaulted but also massive bruises to our national consciousness… Now I have to see the prone, unconscious, waxy bodies of famous women, twisted like they’ve been drugged and chucked aside at a rager? It gives me such a sickening sense of dis-ease.

I’m sure that Bill Cosby doll being in the bed alongside Donald Trump is some kind of statement, that I’m probably being trolled on a super high level. I know that there’s a hipper or cooler reaction to have than the one I’m currently having. But guess what? I don’t have a hip cool reaction, because seeing a woman I love like Taylor Swift (fuck that one hurt to look at, I couldn’t look), a woman I admire like Rihanna or Anna, reduced to a pair of waxy breasts made by some special effects guy in the Valley, it makes me feel sad and unsafe and worried for the teenage girls who watch this and may not understand that grainy roving camera as the stuff of snuff films. I hesitated a lot about saying anything cuz I figured the thinkpieces would come pouring in. But I didn’t see this angle being explored as much as I had hoped. It’s weird to feel like you’re watching alone. I bet I’m not.

Here’s the thing, Kanye: you’re cool. Make a statement on fame and privacy and the Illuminati or whatever is on your mind! But I can’t watch it, don’t want to watch it, if it feels informed and inspired by the aspects of our culture that make women feel unsafe even in their own beds, in their own bodies. 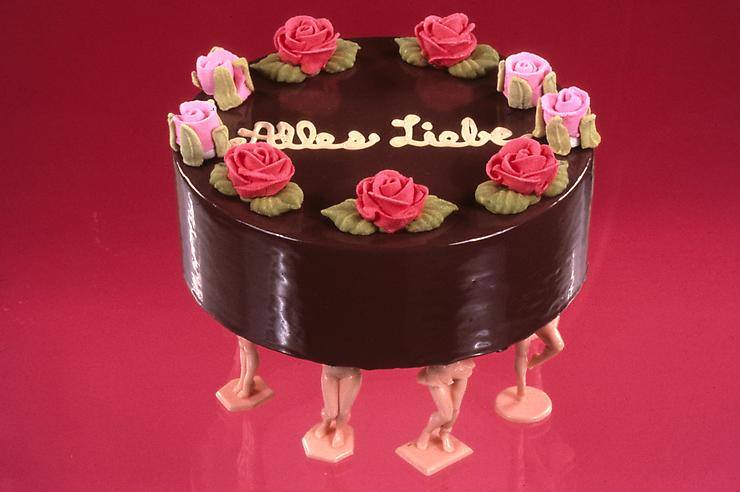 Y’all, I’m so sick of showing up to the party angry. But at least I brought cake.

Toyosi Phillips Reviews the Short Film ‘Ori Inu: In Search of Self’