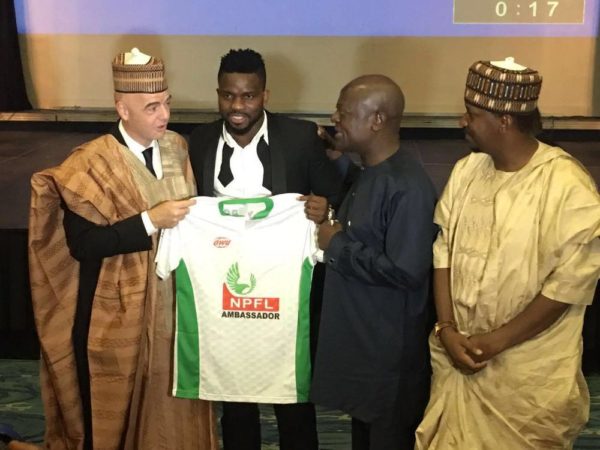 Nigeria’s former captain, Joseph Yobo has been unveiled as the ambassador of the  Nigerian Professional Football League (NPFL) by the President of the World’s football governing body, FIFA, Gianni Infantino.

Infantino unveiled him in Abuja on Monday during his 2-day working visit to Nigeria.

Joseph Yobo who announced this via his Twitter handle said:

Honored to be unveiled @LMCNPFL Ambassador by @FIFA President Gianni Infantino. We must develop our Local League. pic.twitter.com/JQYFPzePuG

The League Management Company is tapping the experience and networks of the former Super Eagles and Everton FC Skipper to promote the local league and make it more attractive.

Yobo capped 101 times for the Super Eagles at three FIFA World Cups and six Africa Cup of Nations (AFCON) tournaments. He led the team to lift the trophy of AFCON’s 2013 edition.

Yobo announced his retirement after the 2014 FIFA World Cup in Brazil. 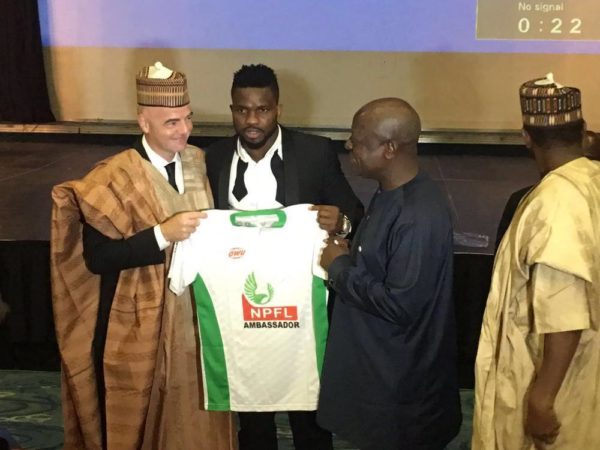 Believers Connect App for Christian Singles! Over 10k Downloads since its Launch, Download the App NOW and Get Connected to your SoulMate

Want to Give your Guests the Ultimate VIP Experience? Get all the details about Classic FM OAP Sola Schullzz Mogaji’s Creative Business Venture “Stage and Booth”