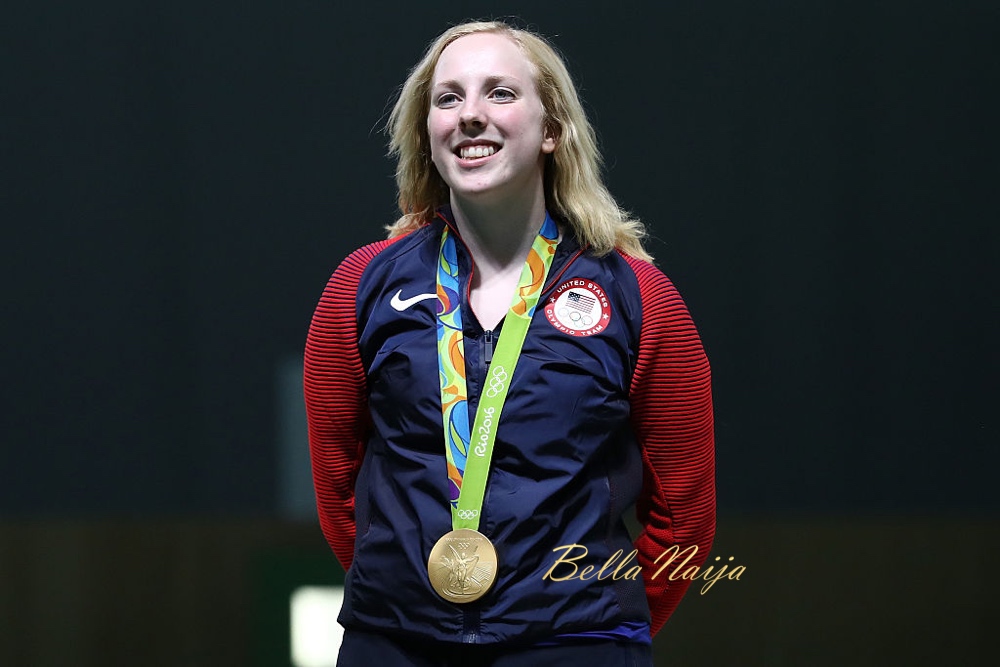 RIO DE JANEIRO, BRAZIL – AUGUST 06: Virginia Thrasher of the United States celebrates after winning the gold medal in the 10m Air Rifle Women’s Finals on Day 1 of the Rio 2016 Olympic Games at the Olympic Shooting Centre on August 6, 2016 in Rio de Janeiro, Brazil.

American shooter Virginia Thrasher won the first gold medal of the Rio Olympics. The 19 year old shooter started playing the sport just four years ago and this is her first time competing at the Olympics.

I think I knew it was realistic for me to make finals, but I was not focused on that,” she said. “I was focusing on just shooting the best that I could, and that got me there.

She is an NCAA champion at West Virginia competing against a deep field that included China’s Li Du, who won gold at the 2004 Athens Olympics, and Andrea Arsovic of Serbia, who is ranked No. 1 in the world and failed to advance to the final.

WAEC Declares 14.3% Increase in 2016 Performance as it Releases Best Result in 10 years